Gold and silver prices rose strongly over the Christmas and year-end break, though volume on Comex was subdued, normal for this time of year. Gold has gained $47 since Christmas eve to trade at $1547 in early European trade this morning (Friday 3 January), and over the same time-frame silver rose 44 cents to $18.22. Overnight, both metals got a boost from the US elimination of Iran’s top military commander, Qasem Suleimani. 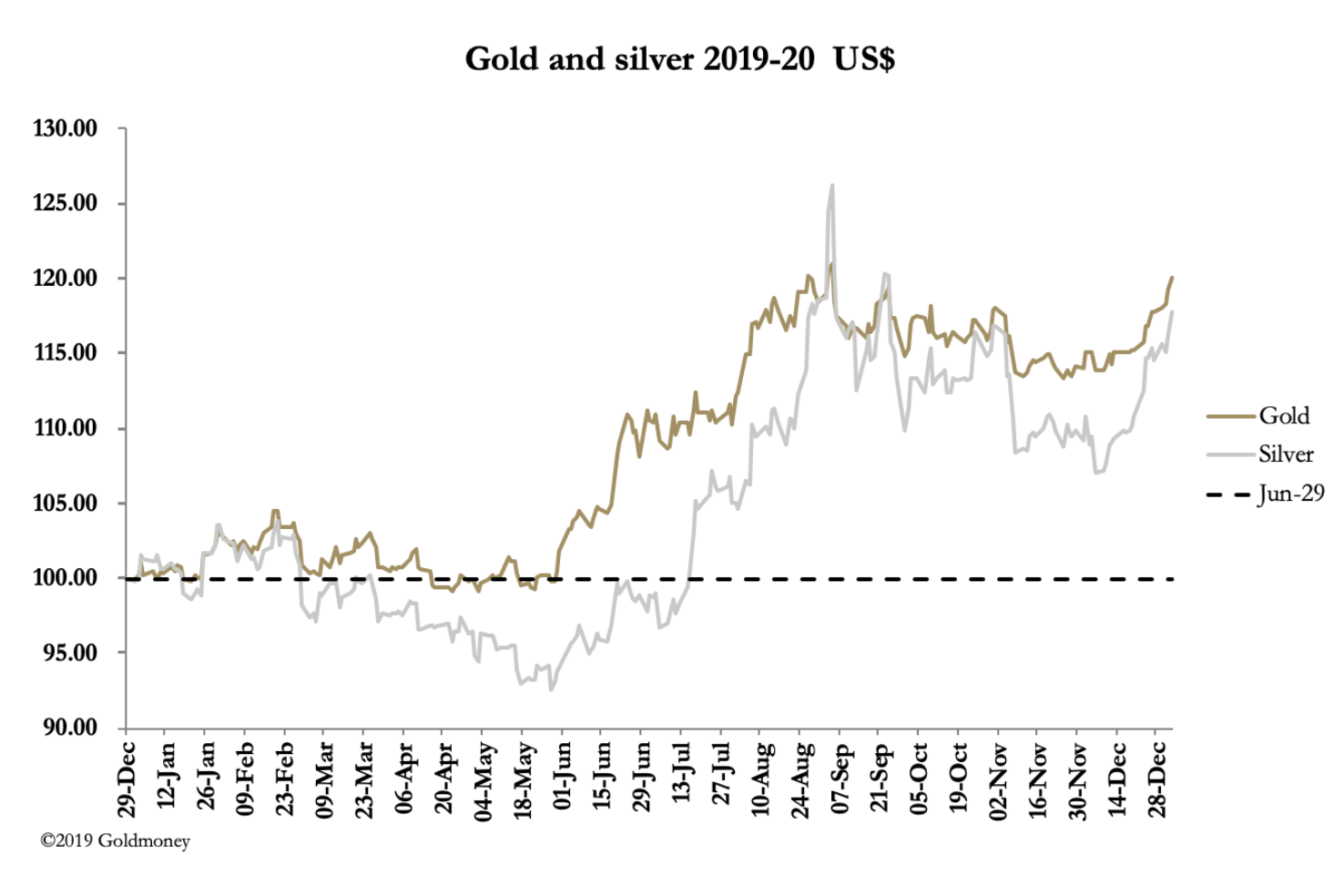 This last move is a gut reaction which usually sparks profit-taking in futures markets, because the relationship between gold and the dollar is more economic than political. That point being made, the three per cent rise in the oil price overnight suggests a weaker dollar in terms of key energy commodities.

We shall watch with interest to see how that one plays out in the coming days. Meanwhile, the real story for gold is the increase of open interest on Comex, which has exceeded all expectations. Along with the gold price, this is shown in our next chart.

The expansion of open interest represents synthetic supply, which absorbs demand and suppresses the price. Bullion banks use this fact to profit from speculative demand, which they supply through “printing” new contracts. There comes a point when speculative buying loses momentum, and then bullion bank traders flood the market with yet more contracts, driving the price down to trigger margin calls. Faced with increasing losses, speculators’ greed turns to fear, they sell to close, the bullion banks get back their shorts profitably, and the level of open interest subsides.

It had always worked in the past because the bullion banks have deeper pockets than the speculators. But from last May, the gold price rose from under $1300, and open interest with it. So far, so normal. But in July, just to contain a sideways price movement, open interest shot into record territory, and when that was somehow unwound by 90,000 contracts, the price refused to decline.

The change of pattern was confirmed when the price rose further into September, while bullion banks struggled to contain their exposure. This they broadly achieved until late October, when with bullion banks facing the prospect of year-end losses on their positions, they engineered a renewed attempt to put a lid on the gold price. Open interest soared to over 700,000 contracts, and the price declined by about $100 before substantial accumulation absorbed all further attempts to drive the price lower.

By early December, it was clear the tried and tested method of suppressing the gold price was failing. Open interest then soared into even higher record territory, evidence of bullion bank dealers’ desperation to contain the price at the year end.

Unless some other means of controlling the price is devised, a rising price from here could become a systemic issue in paper markets. Furthermore, rather than US/Iranian capers pushing gold, the emerging scale of monetary expansion in the coming months should become the principal driver of gold prices.

2020 promises to be interesting.