For another week, gold and silver consolidated the gains from their recent bull run. Gold lost $7 on the week to trade at $1418 in early morning European trade today (Friday), and silver gained a net ten cents to trade at $16.44, after peaking at $16.61. 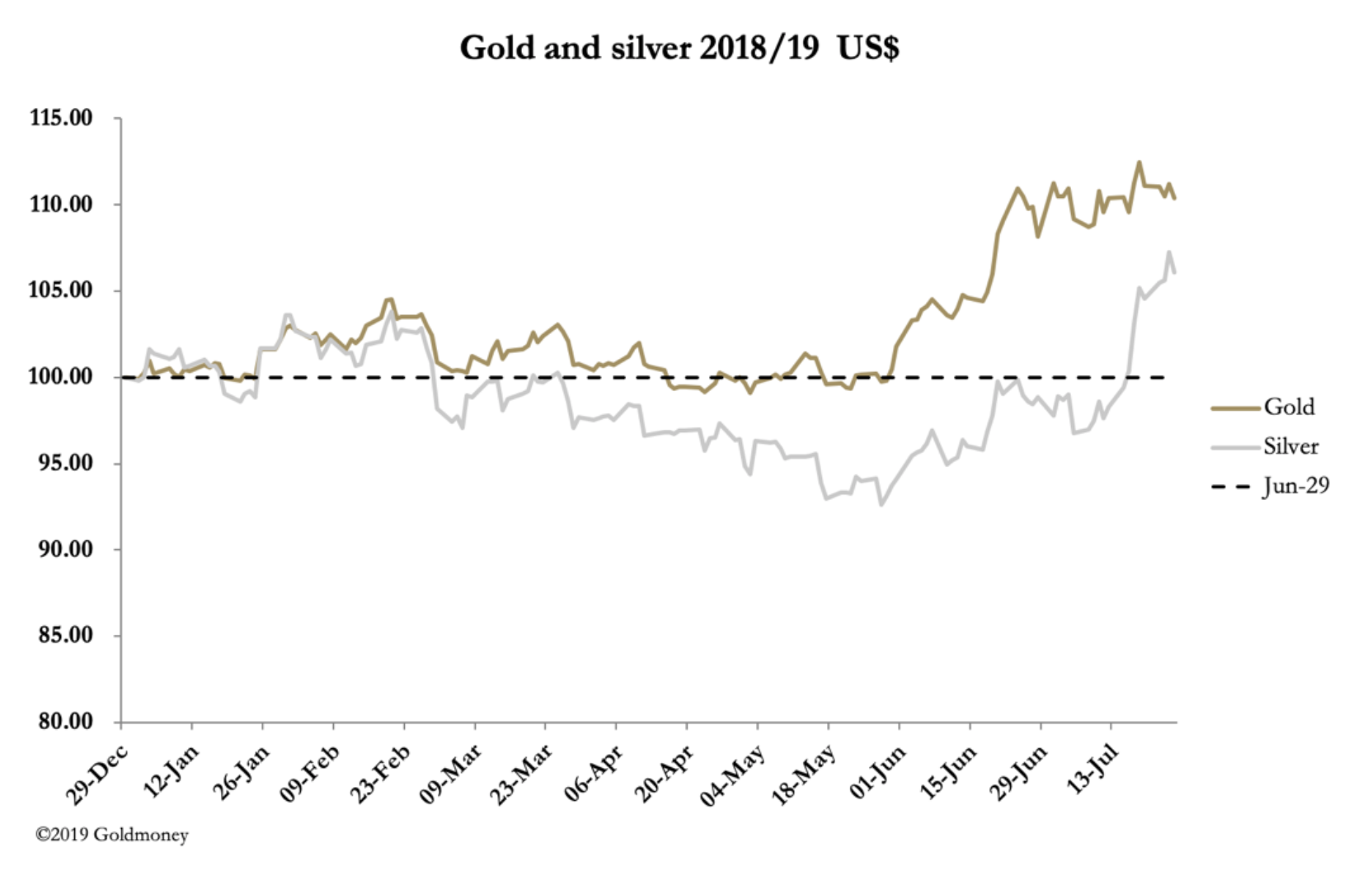 Gold faced significant headwinds. With the expiry of Comex options yesterday and the price being marked down by $15 or so, made several call series valueless. Gold is not out of the woods yet, because including today there are only four trading days left for the August contract before expiry. This is why there was a huge contraction of nearly 55,000 contracts yesterday, of which 45,000 were rolled into later contracts. The current position is shown in our next chart.

The relationship between the gold price and open interest is normal, but for all July, Open Interest has increased while the price has lost some momentum. Much of this will be down to contract expiry, which will be positive once it is out of the way.

Interestingly, Comex does not appear to be very overbought, at least measured by the net position of the Managed Money category, which is our next chart. 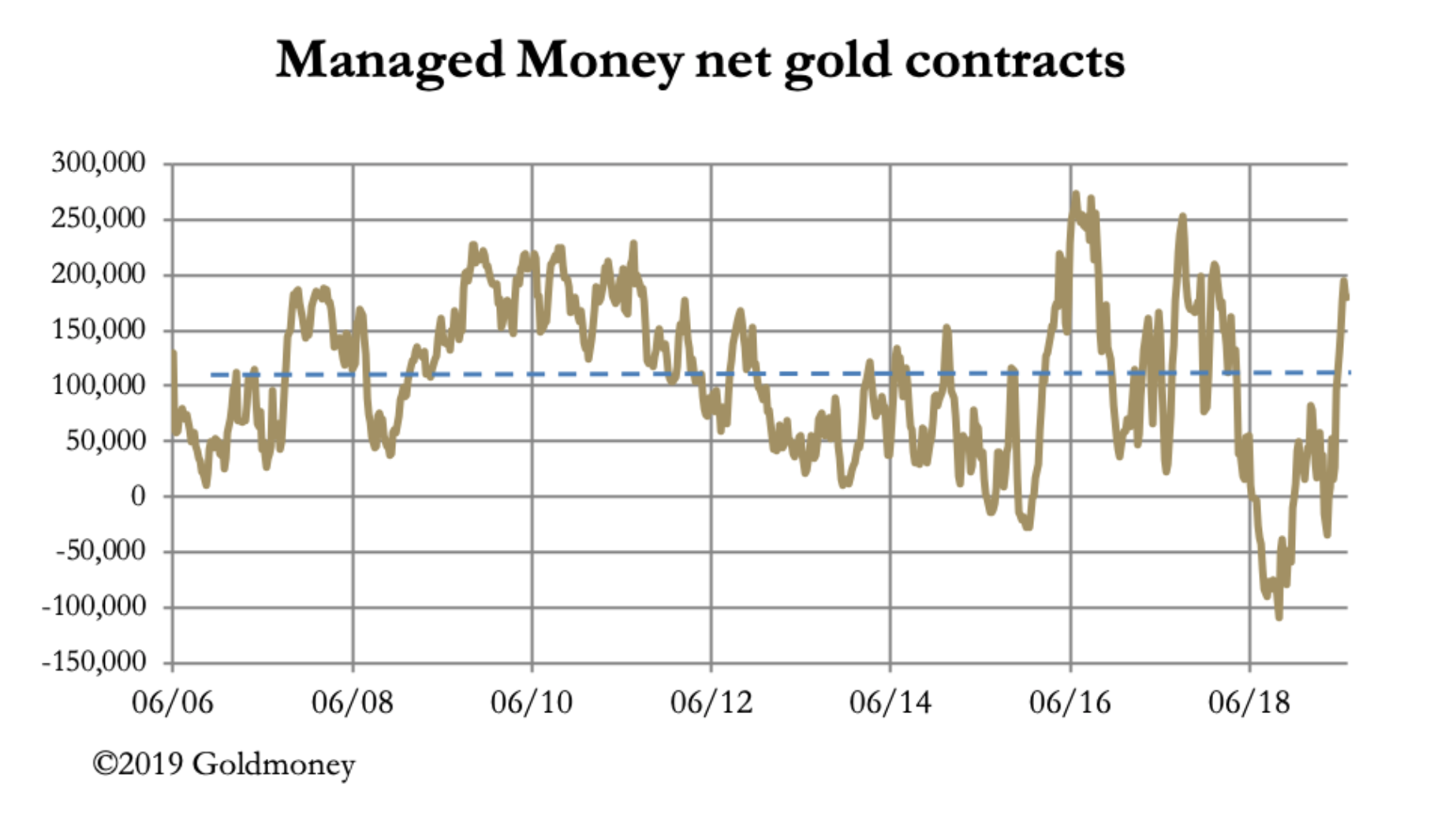 The pecked line is the long-term average net position, which we can take to be neutral. The last data input was 16 July. The figures for last Tuesday, due to be released this evening, will doubtless show gold significantly overbought, because it coincided with a record level of Open Interest. But since then, OI has contracted and will contract further in the contract run-off, rapidly returning gold to a neutral position.

It all adds up to a pause in a bullish move, which should resume next month. Our next chart shows the technical position. 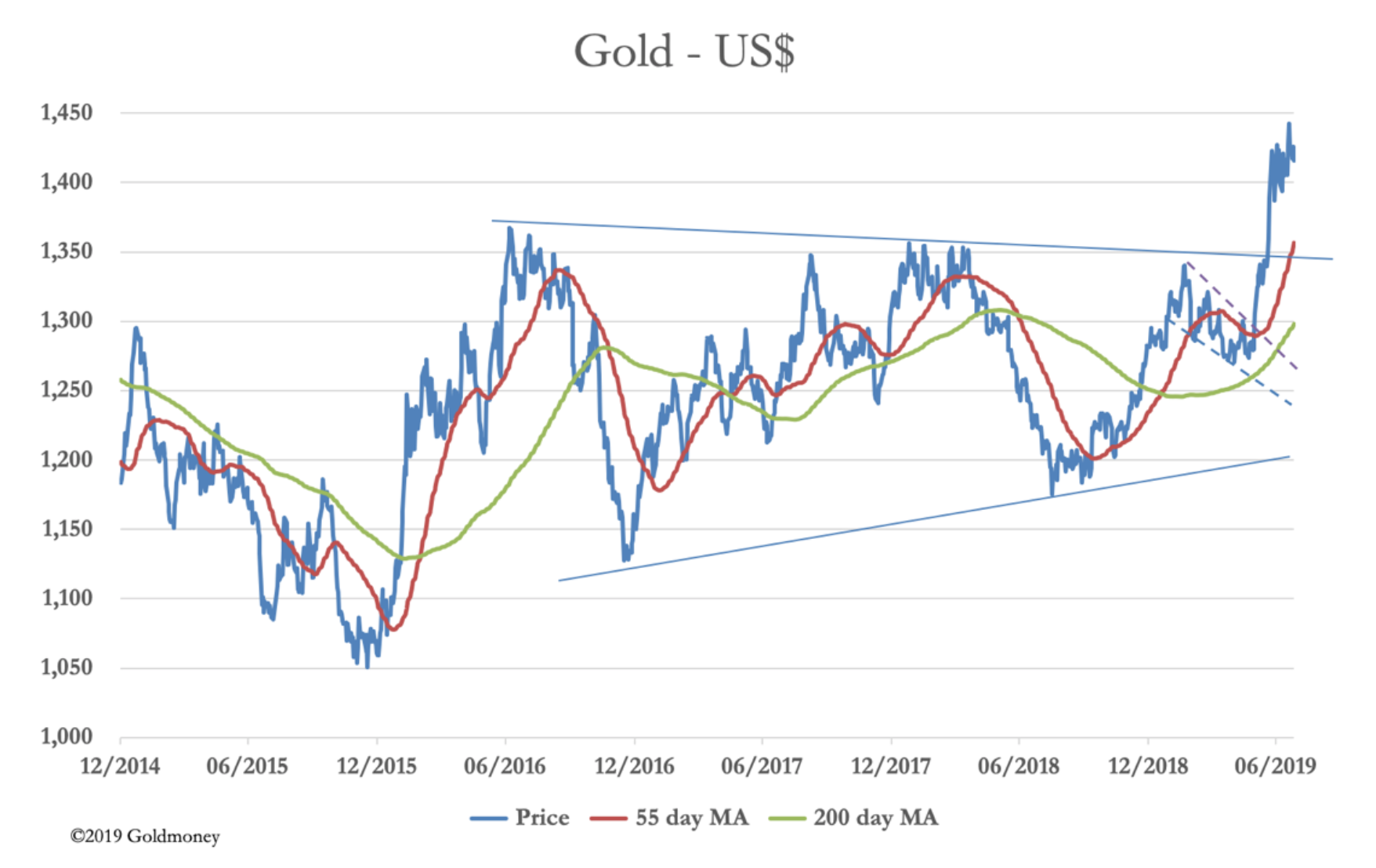 This chart is capturing the attention of portfolio managers who were waiting to see gold break through the $1350 ceiling. Now that it has done so, the weight of money seeking gold investment is potentially enormous, given that portfolios around the world have next to no exposure. This psychology appears to be confirmed by the shape of the current consolidation. It has an upward bias to it, normally associated with a pause in a runaway market.

On the news-front, Mario Draghi at the ECB confirmed it would probably cut rates into yet more negative territory in September. The effect was to drive the euro to two-year lows against the dollar. Since the dollar’s trade-weighted index is more of a euro-weighted index, that rose accordingly as we can see from our last chart. 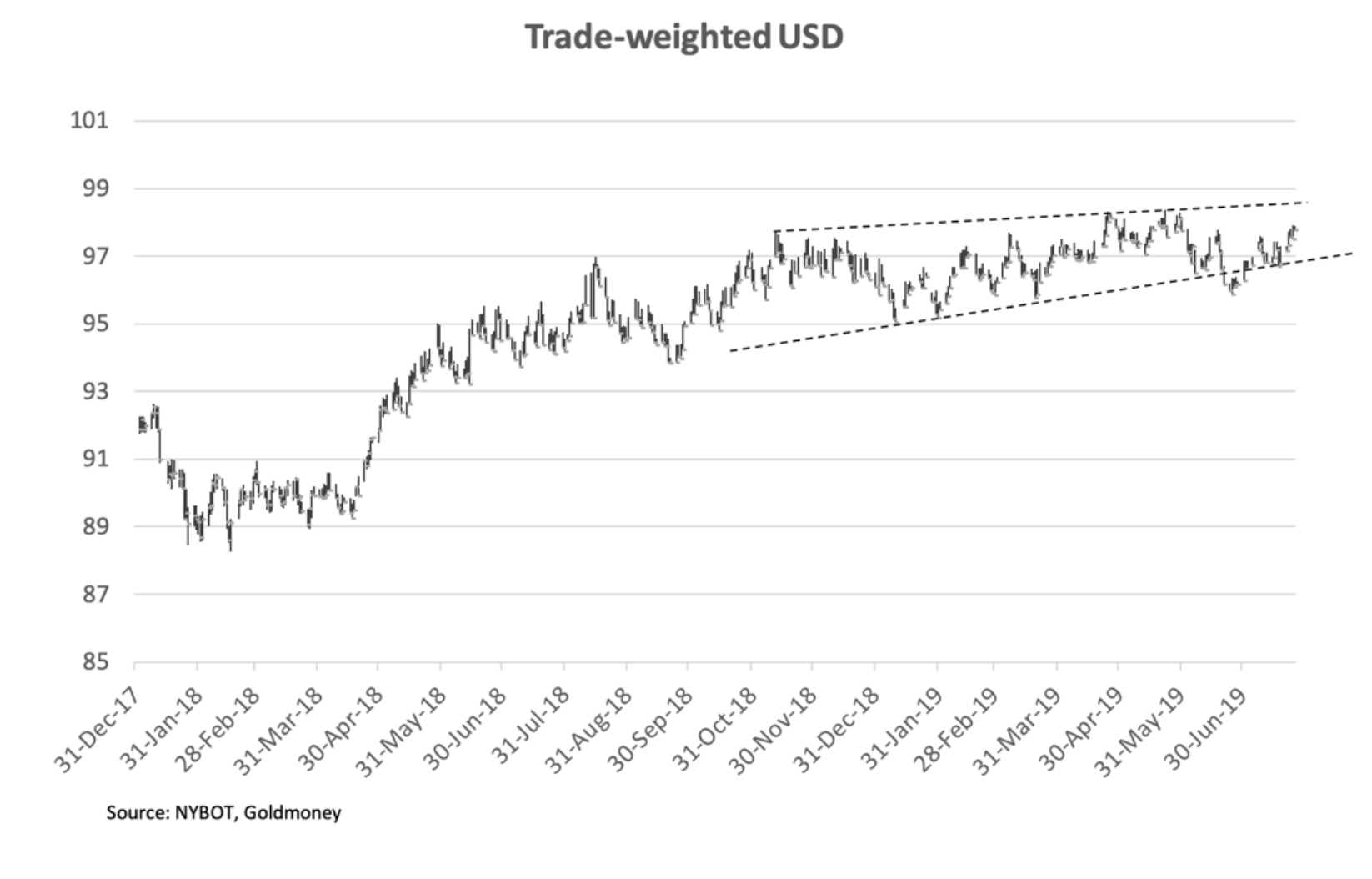 The jury is out on the dollar’s TWI, but it does appear to be losing upside momentum. There is no doubt the euro and the eurozone face immense challenges, but so does the dollar. It is hard to resist the feeling that the old order of central banks and politicians being on message and in control is dying. The euro and dollar, in this sense, are in the same boat.

In the broadest sense, fiat currencies are tied to this dying establishment. If so, the general undercurrent is likely to support precious metal prices.