Gold broke above the $1250 supply level on Wednesday ahead of the Fed’s interest rate rise this week but was then sold down on the announcement. However, on the following day gold rose to a peak $1266 before Comex futures expiry today, which was also the last trading day for options. On the week from last Friday’s close, gold closed up a net $16 at $1255.50, and silver up five cents at $14.63. Trade was quiet, other than on futures and options expiry, reflecting pre-Christmas trade. 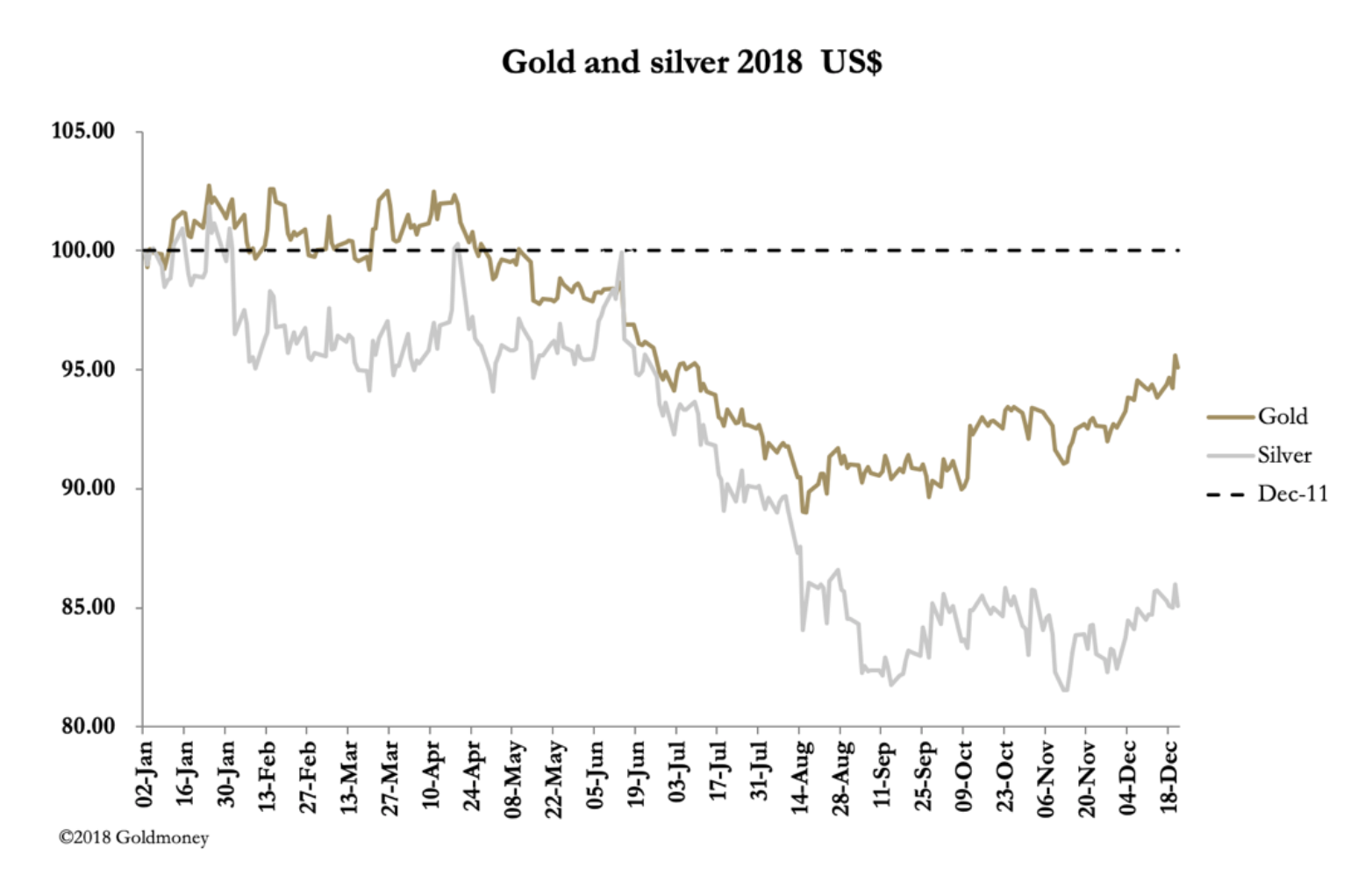 The Fed raised the Fed Funds rate ¼ point to 2 ½% on Wednesday, which was widely expected. Given growing concerns that the US economy is slowing, it was widely expected the Fed would take a more dovish view on future rate rises, and while the FOMC climbed down from three further rises next year to two, it disappointed the bulls. Consequently, equities worldwide continued their slide into bear market territory, capping the worst week in a decade.

As stated above, precious metals rose the day after the rate announcement. There are good precedents, with December rate rises in 2015, 2016 and 2017. Each occasion was followed by good rallies in gold and silver, and there’s no reason to think it will be different this time.

Gold is now nearly $100 above the August low, and the acute oversold position has begun to unwind, though gold and silver are still technically oversold. This is illustrated in the next chart, which is of the gold managed-money speculator category on Comex, mostly comprised of hedge funds. 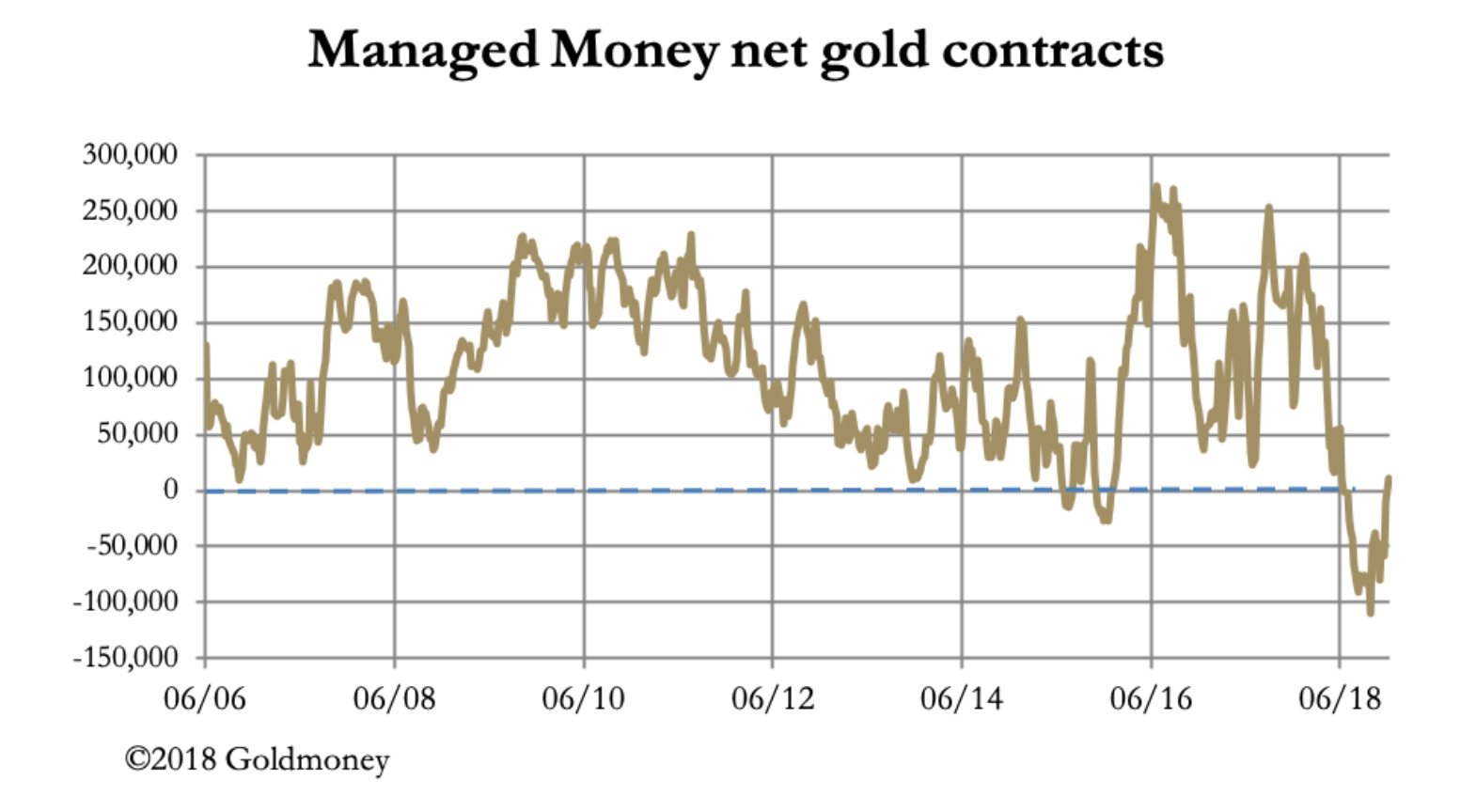 The net position is now long 11,198 contracts, still well below the neutral level of 110,000 contracts net long, and on a significantly reduced Open Interest level. This is shown in our next chart.

The collapse in Open Interest was on the expiry of the December contract, when Open Interest fell 150,610 contracts. It is a mystery why gold didn’t rally even more. We can only assume that the word went out not to squeeze the managed funds for fear of creating insolvencies.

The dollar now appears to have lost its upside momentum, which is good for gold. The next chart is of the dollar’s trade-weighted index. 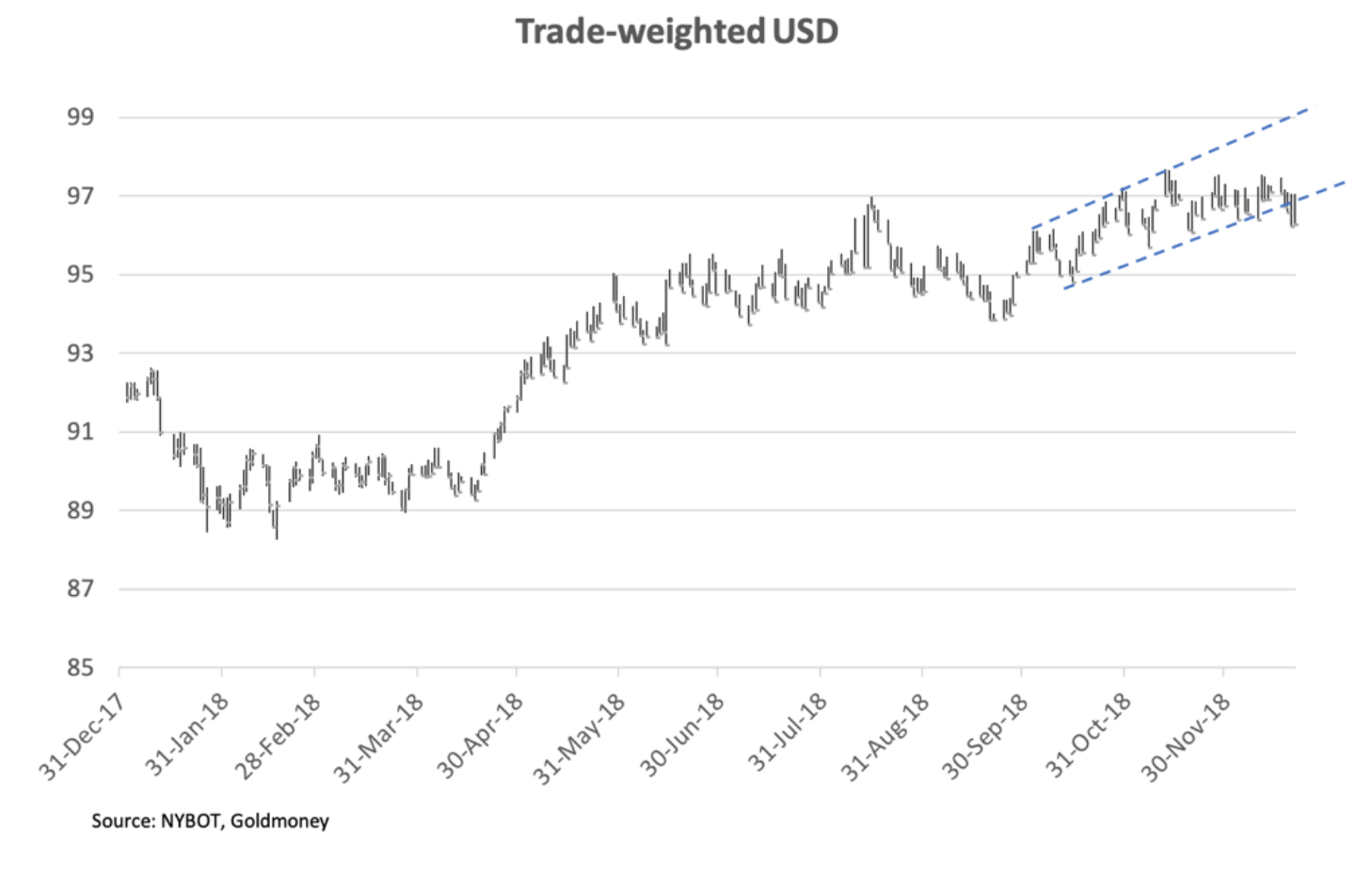 The TWI appears to be falling out of a broadening top formation, delineated by the pecked lines. This is a bearish pattern and fits in with the more dovish FOMC statement about future interest rate increases. Foreign ownership of dollars is at record levels and excessive bullishness suggest that there is significant unwinding of dollar longs in prospect. That being the case, we can expect precious metals to rally further.

Technically, gold looks set for a good run, perhaps after a little consolidation above the 200-day moving average. This is shown in our last chart. 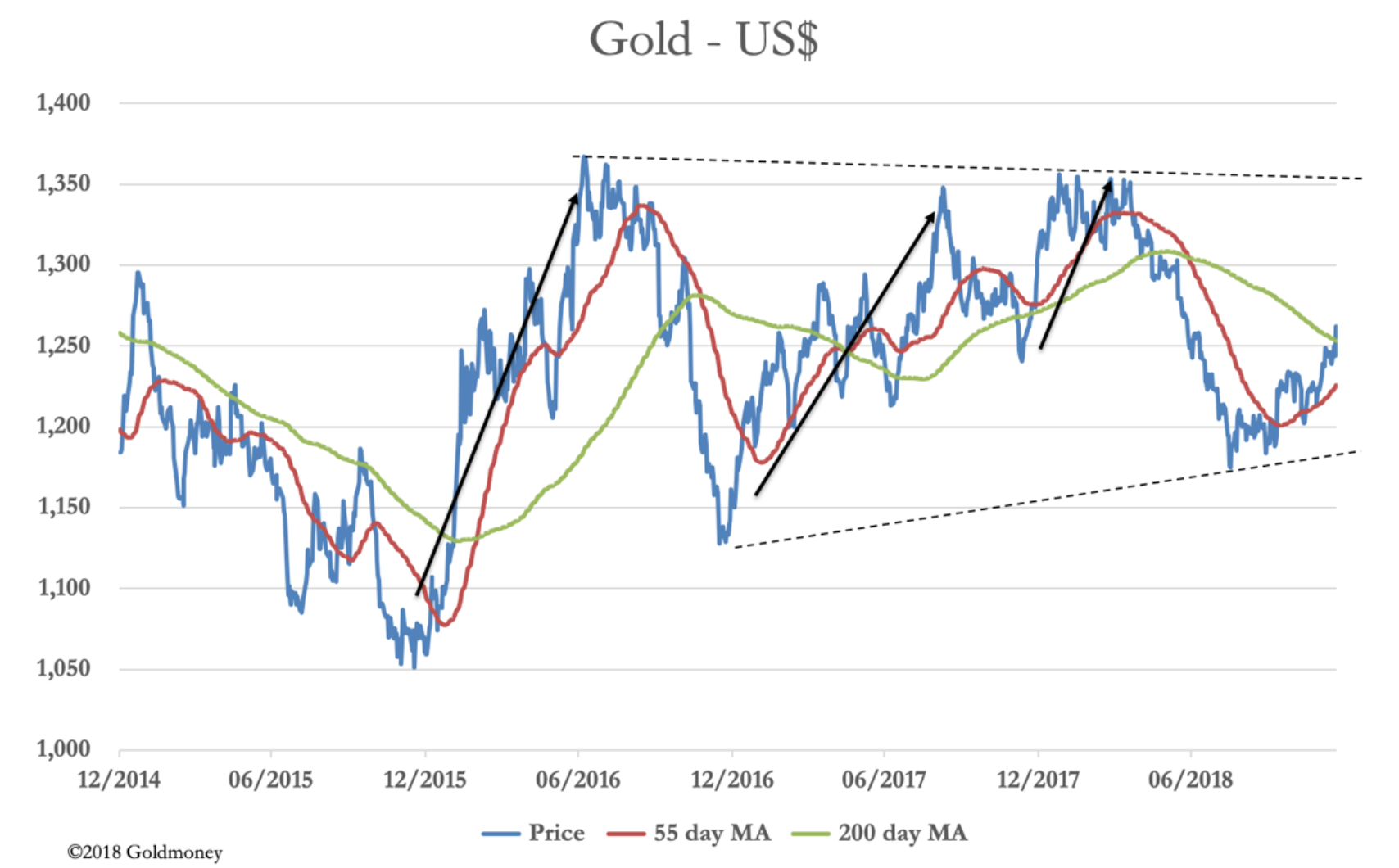 With the 55-day MA rapidly rising, and the 200-day MA slowing its descent, a bullish golden cross is likely in mid-January, particularly if the dollar continues to weaken, as shown in the penultimate chart above.