The outlook for gold is now more positive than it has been for some time. After a prolonged period of low volatility as funds invested in ever-greater risk, markets have snapped and volatility has jumped. In short, we are swinging very suddenly from complacency to reality.

Financial markets hit a serious air-pocket this week, with a collapse in US Treasury bond yields in a dash-for-cash, illustrated in the chart below. 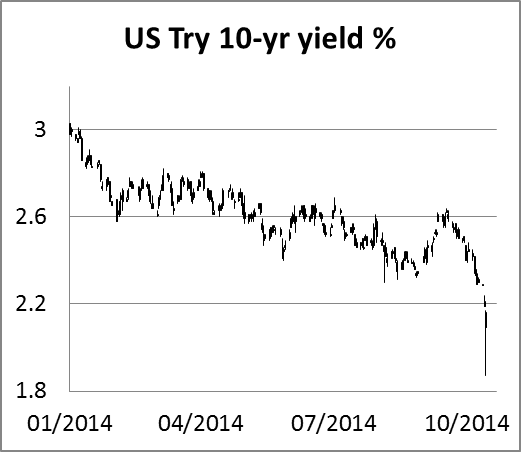 On Wednesday the yield fell from 2.21% to 1.87%, a move of over three whole points on the price, which for a ten-year maturity is truly exceptional, though it did rally subsequently. The relevance to precious metals is there are many hedge funds which have bet on rising bond yields and a falling gold price. And given that these funds gear their trades up through futures markets, the losses will have been considerable. Indeed, hedge funds recently held near-record short positions in gold, shown in the next chart of Managed Money shorts on Comex. 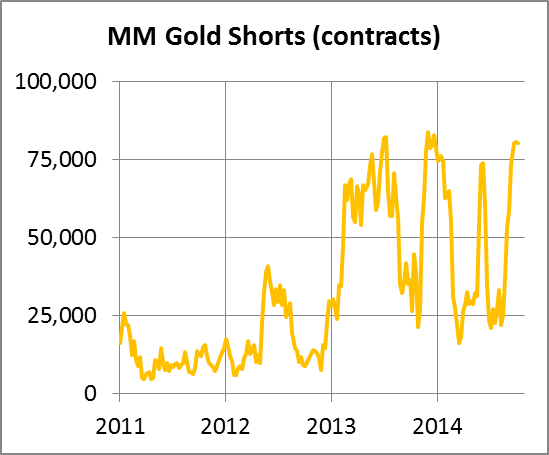 The Managed Money category includes hedge-funds, high frequency and also algorithmic traders, most of which are hard-wired into higher interest rates next year and as we can see from their short positions, they have placed large bets that the gold price will fall.

Extreme positions are also reflected in equities, with margin debt hitting new excesses, as can be seen in the next chart, of margin debt on the NYSE. 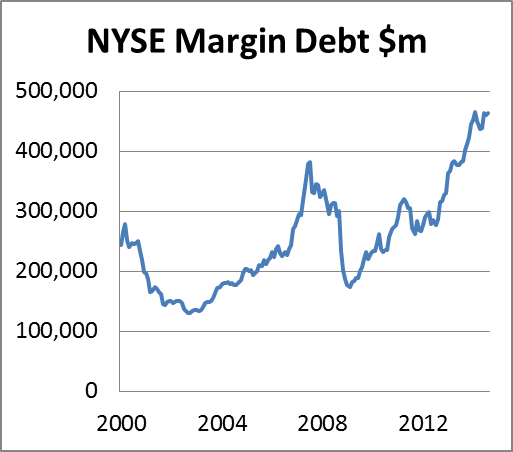 In August this figure stood at $463bn, which was considerably higher than at the 2007 market peak before the banking crisis, and is approaching double the highs seen during the dot-com bubble. This level of financial leverage is likely to do significant damage as it is unwound.

So far, gold has held firm. Having rallied from $1185 last week, this week it gained modestly to $1240 in early London trade this morning. Open Interest has recovered consistently showing that new buying and not short-covering has been driving prices as shown in the next chart of Comex Open Interest. 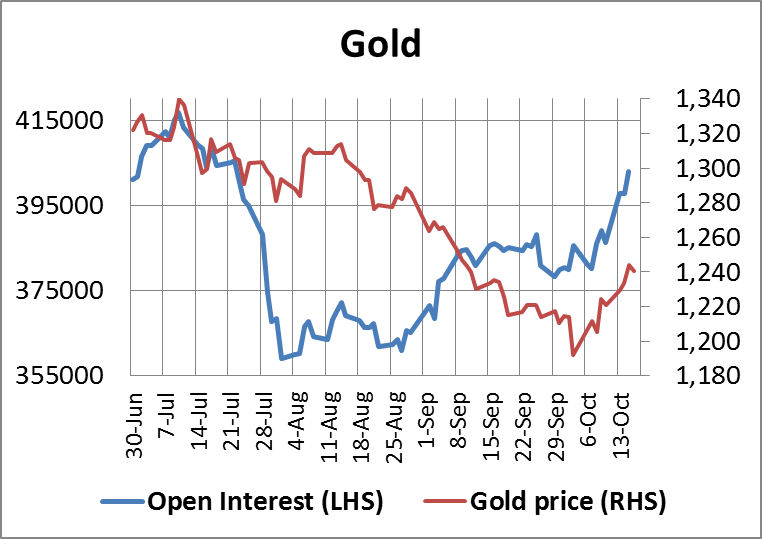 Silver's recovery has been subdued, and as a result the gold/silver ratio has risen to over 70. Silver and the platinum group metals seem to be affected more by deteriorating manufacturing prospects than their monetary characteristics. Palladium in particular has been hit hard, falling up to 9% this week.

When we see bond prices for Greek sovereign debt collapse, yields for Spanish and Italian debt start rising while others are falling; when we see the outright bullishness expressed by excessive margin debt in equity markets; and when we see oil prices nose-dive, we know that markets are on the edge of substantive change. The attraction of holding some physical bullion as insurance against what looks like developing into a serious market fall-out has gained several notches.