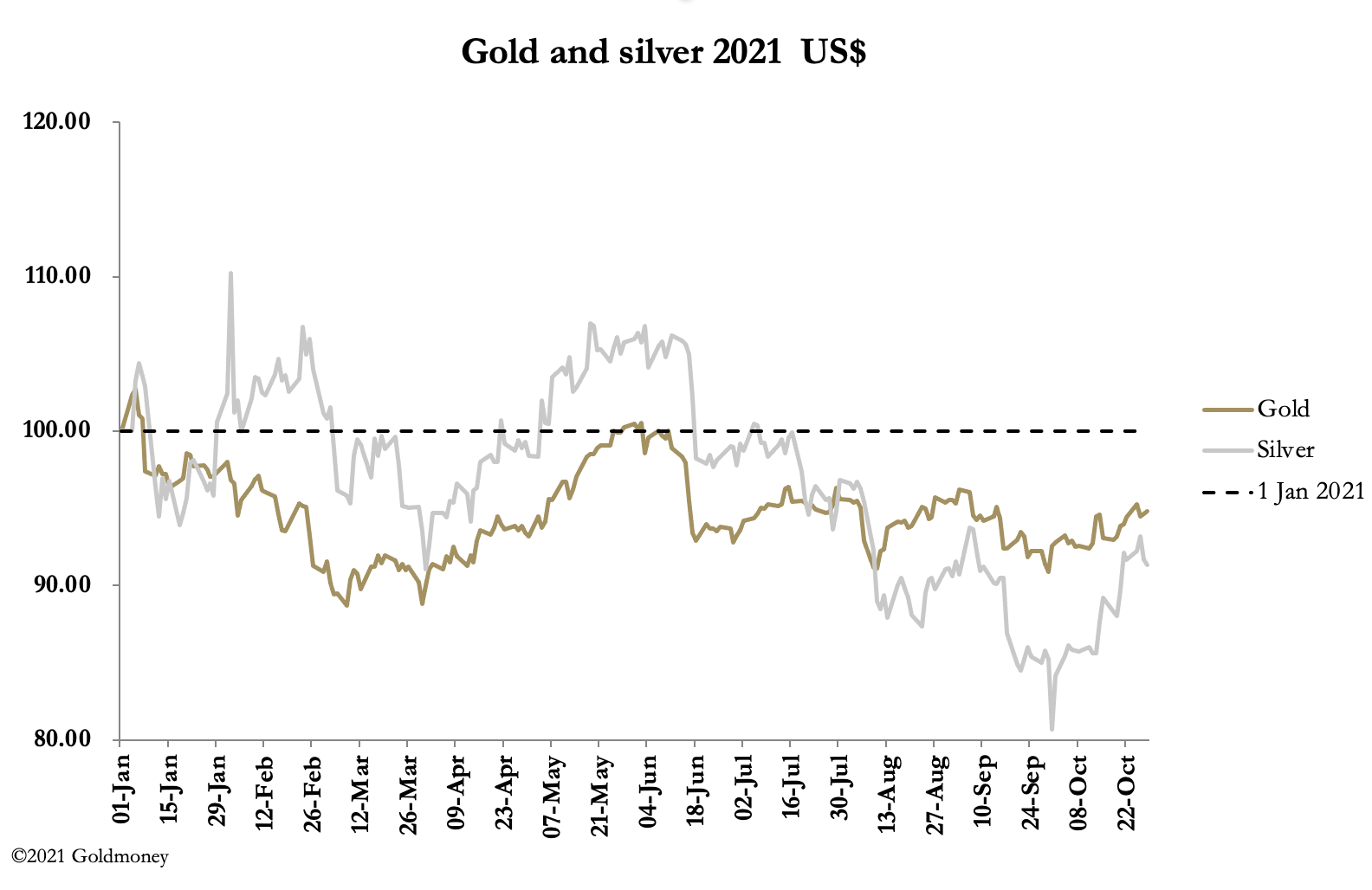 Gold and silver prices saw further consolidation with gold marginally up and silver marginally down on the week. Gold rose from last Friday’s close by $2 to trade at $1794 by early morning trade in Europe, while silver declined by 40 cents to $23.90. During the week trade on Comex was moderate.

We regularly see price declines at month-ends, and despite November being a non-delivery month for gold and silver futures there was little doubt these factors were at play in this, the last week of October.

The gold price is at an interesting technical juncture, with the price and the most followed moving averages coming together, which is our next chart. 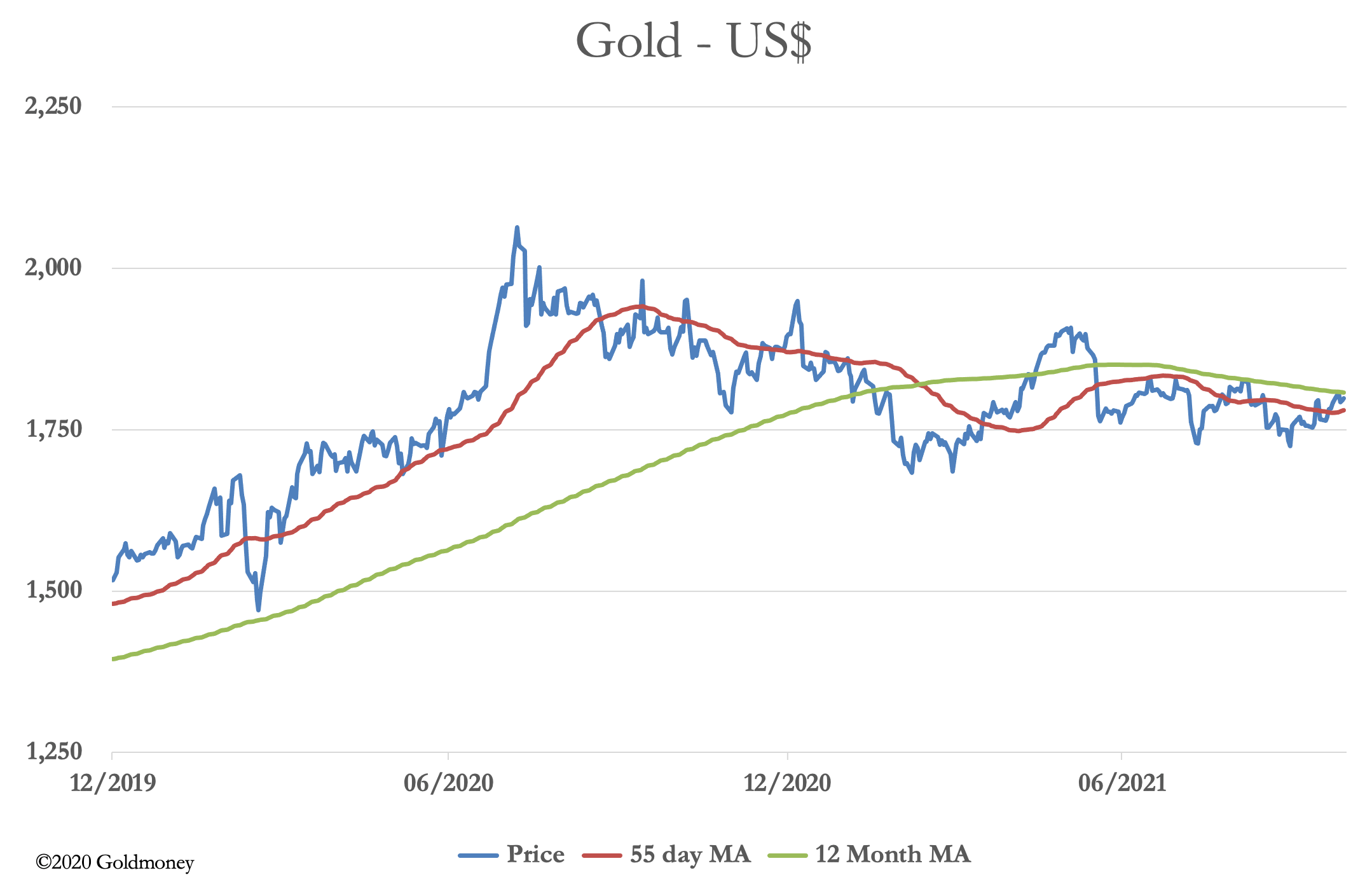 If the gold price surmounts and holds the level of its one-year moving average convincingly, which is currently at $1808, the price and its moving averages will be in bullish sequence and on its way to forming a golden cross. Technical traders in the Managed Money category are then likely to turn bullish gold/bearish dollar, adding to their net long positions, which are currently as shown in the next chart.

At the last Commitment of Traders release (19 October) their net longs stood at 57,799 contracts, which compares with a long-term average of about 110,000, suggesting that there is ample room for Managed Money to go long without becoming extended into overbought territory. But if they are to increase their positions by the 50-60,000 contracts implied, it would be a nightmare for bullion bank traders, who represent about 73% of the Swaps category. Bullion banks in London are desperately trying to close down their forwards and futures derivatives ahead of the Basel 3 deadline in nine weeks’ time. 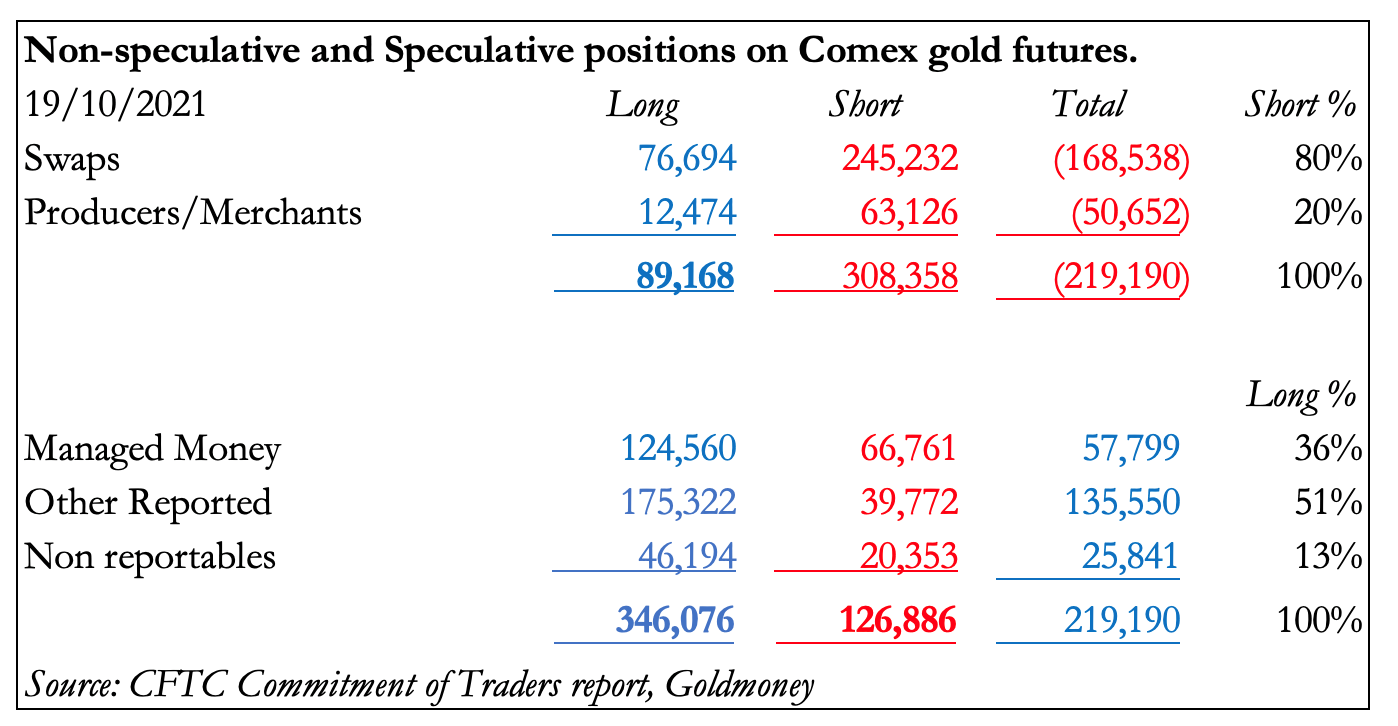 Managed Money now only accounts for 36% of the speculator net longs, which is now dominated by Other Reported at over half the speculator total. The change from hedge funds and technical traders dominating the Speculator category has introduced uncertainty for the Swaps, who now make up 80% of the Non-Specs. By acting in concert, the bullion bank traders (73% of the Swaps) can target the stops put in by hedge funds, in the knowledge that they are simply interested in a pairs trade against the dollar and will always close their positions instead of standing for delivery.

Instead, less predictable Other Reporteds and Non-Reportables are the categories standing for delivery from time to time, which in October alone totalled 22.26 scarce tonnes.

But clearly, it is in the bullion banks’ interest to keep the gold price from rising above commonly followed moving averages, which is why they appear to be knocking the price back every time it rises above $1810. But the technical position suggests that they may be losing the battle.