By Alasdair Macleod
Market Updates May 17, 2019 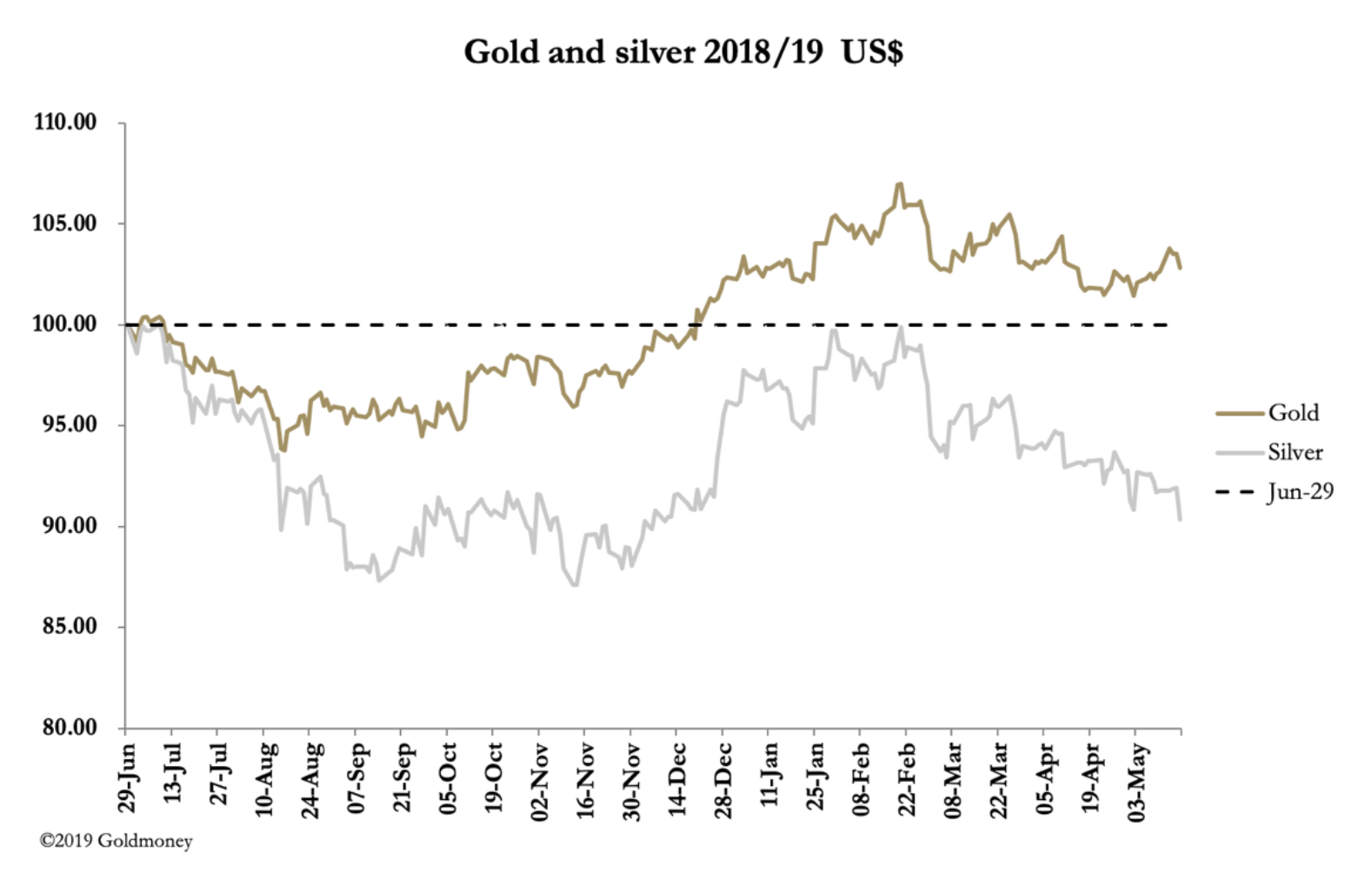 Gold and silver were more volatile this week, but they appear to be going their separate ways. Gold was up a dollar from last Friday’s close in European morning trade today (17 May), while silver was down 25 cents at $14.53. The last time silver was this low was in early December, and it takes the gold/silver ratio up to 88.6. This is shown in our next chart: 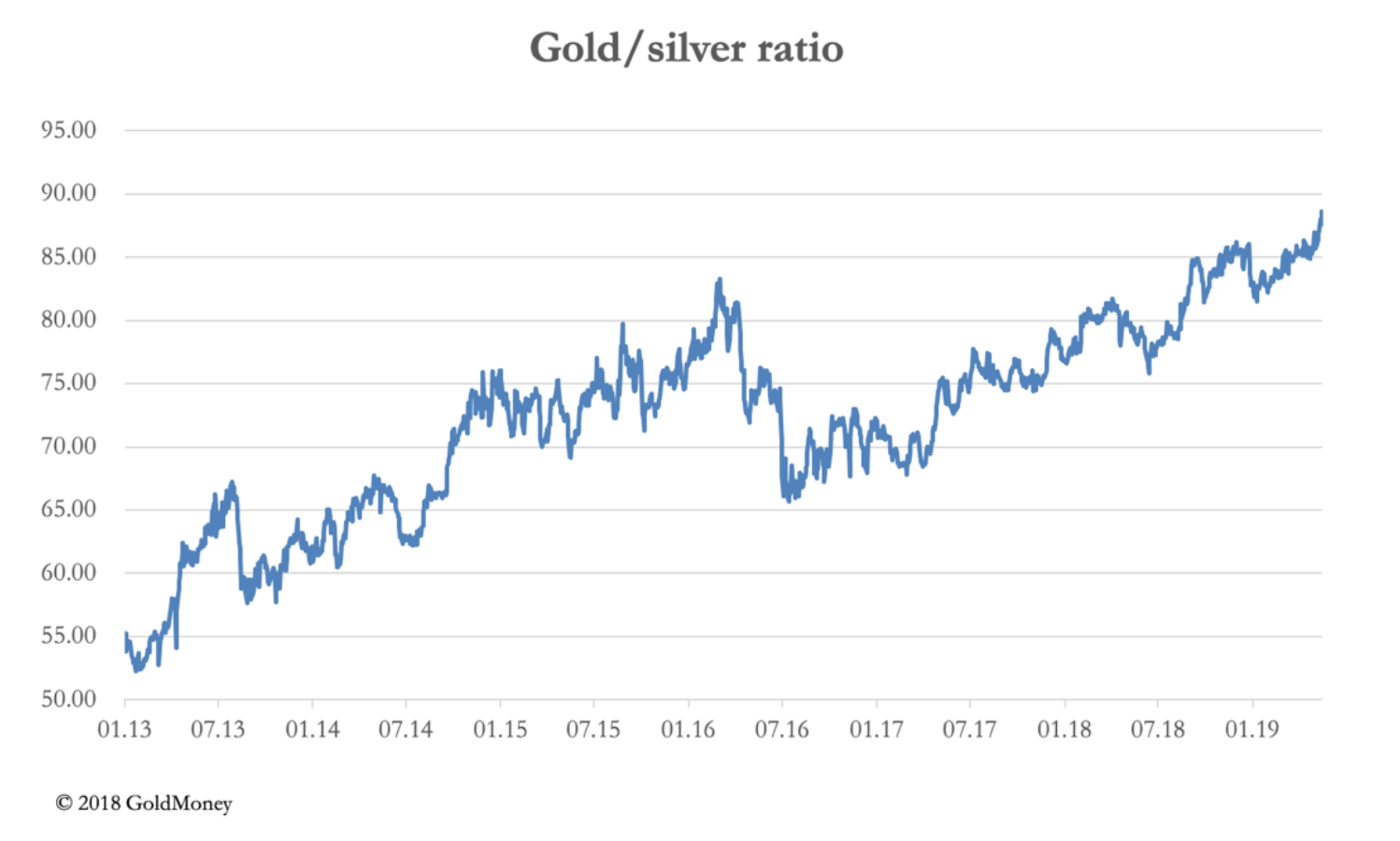 There has been greater volatility, but in generally thin trading. Silver had a torrid day yesterday on the back of gold, which was sold off by $13. This reversed most of last Friday’s sudden jump, which challenged the psychological $1300 level. Meanwhile, gold’s open interest on Comex has expanded by 50,000 contracts, with the price going nowhere on a net basis. This is shown in our next chart. 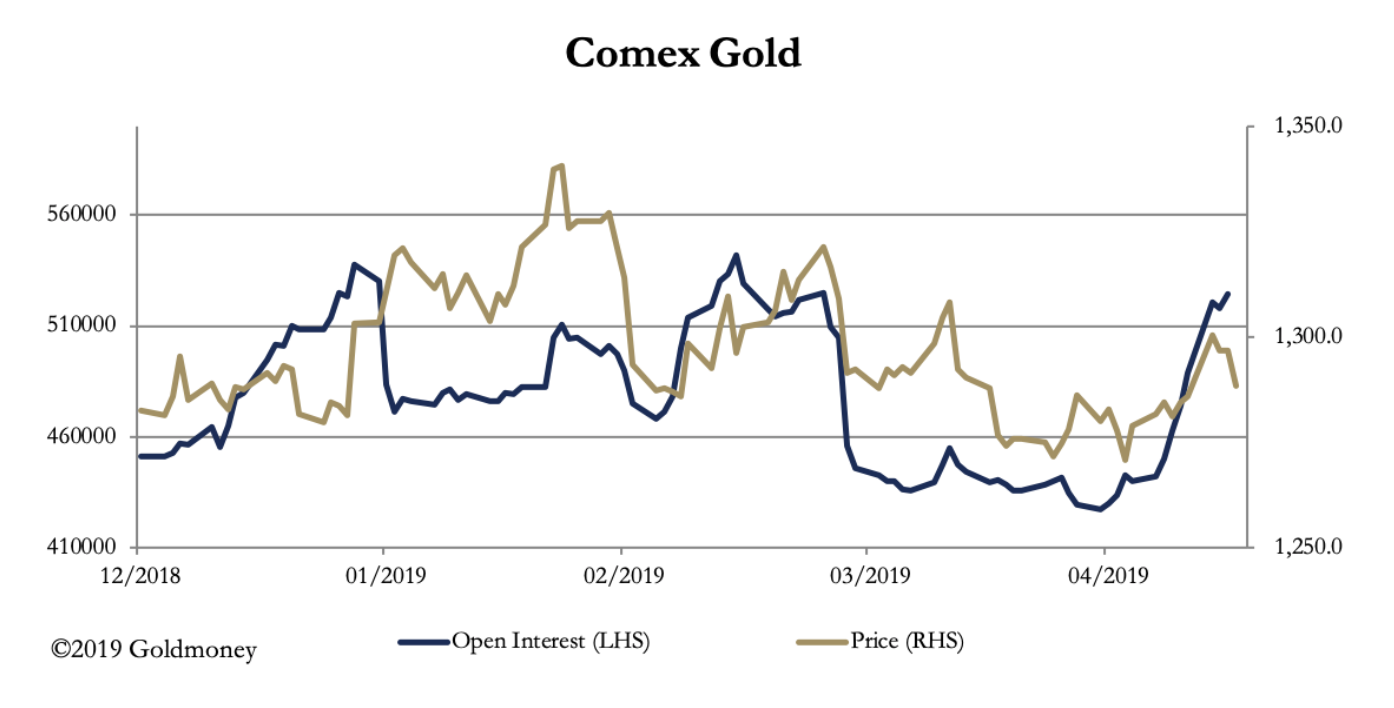 For gold bugs, this performance has raised suspicions of price suppression by the anti-gold establishment. Indeed, a rational case can be made for its suppression at a time when currency and market tensions are building due to trade tariffs. The problem always is to establish the case when Comex is only the visible tip of a very large derivatives iceberg. To illustrate the point, at December 2018, the Bank of International Settlements reported the total value of global OTC gold derivatives to be $513bn, while Comex’s notional gold contract value was $58bn, the former being nine times the latter.

Besides this volatility, the dollar’s trade-weighted tracked sideways for most of the week until yesterday, when it jumped to 97.4, the highest level for two weeks. This is our next chart. 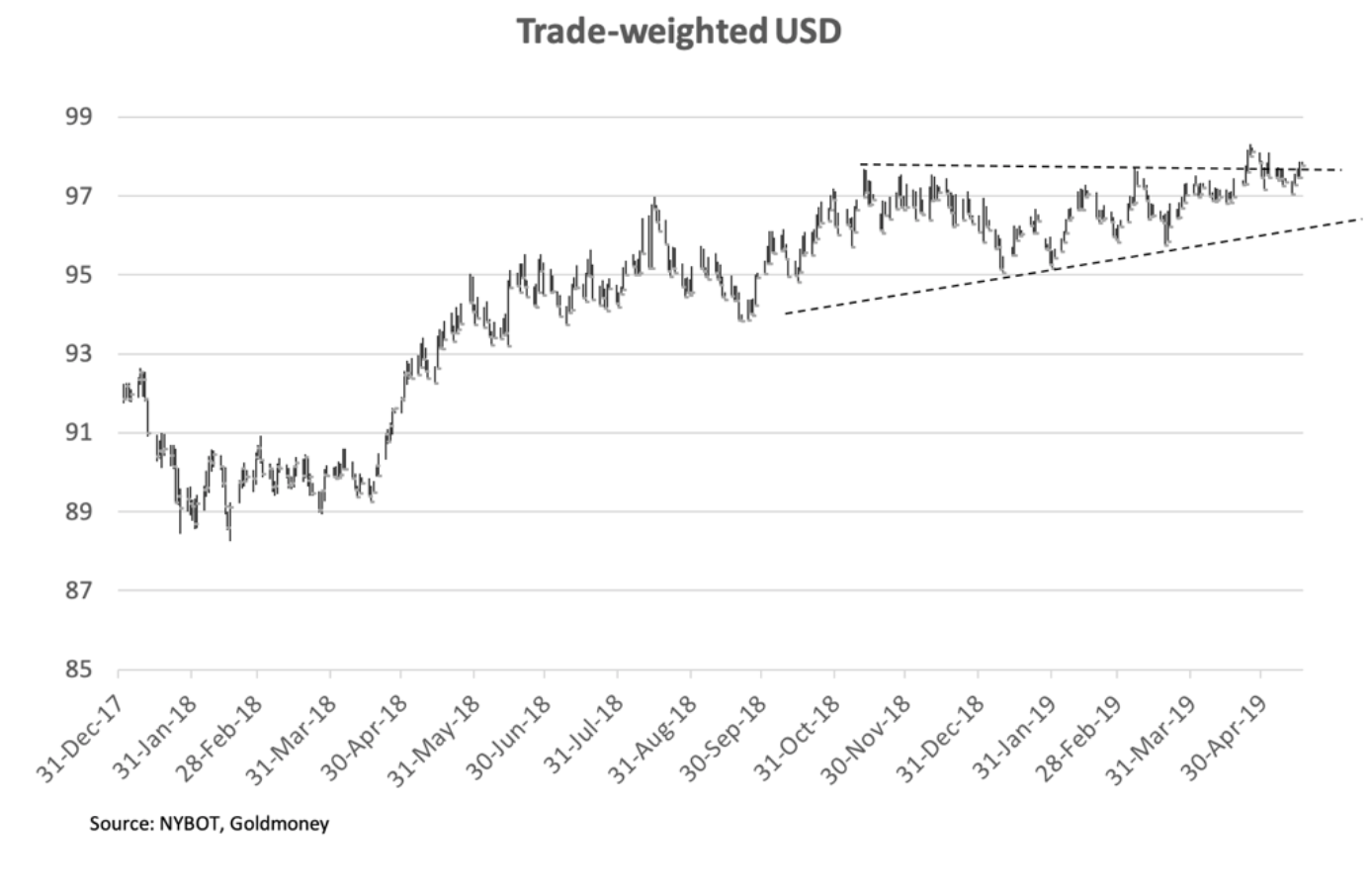 Traders use Comex gold contracts as a way of going long or short of the dollar, and its apparent break-out on the upside is the best explanation we have for gold’s weakness yesterday. But the dollar’s TWI is mostly the counterpart of the euro, and it is probably euro weakness more than dollar strength driving relationships.

This brings us to Brexit. It is becoming clear that Mrs May’s final attempt to force her Withdrawal Agreement through Parliament will fail, and she will likely resign early next month. The chances of a true Brexiteer taking the premiership have increased substantially, along with an exit on WTO terms. How this is interpreted for sterling is not the point: there’s a growing realisation that it is the shock to the euro that matters.

While Britain is trying to unshackle herself from EU tariffs, America is upping the ante on tariffs with China. It is beginning to be realised the effect on global trade will be recessionary. That being the case, traders are beginning to expect lower global demand for base metals, and presumably this is what is undermining the silver price.

The divergence in our headline chart between gold and silver prices is therefore explained by the uncertainties in the currency markets, which affects gold, and the deteriorating outlook for industrial demand for metals, which affects silver. Gold will need to break convincingly through the $1300 level to rescue silver.