By Alasdair Macleod
Market Updates May 04, 2018

This week, gold and silver traded lower ahead of the FOMC minutes released on Wednesday. As widely expected, there was no change in the target for the Fed Funds Rate, which will probably be raised a quarter point in June. Yesterday, precious metals began to recover their poise, improving from the lows of earlier in the week. 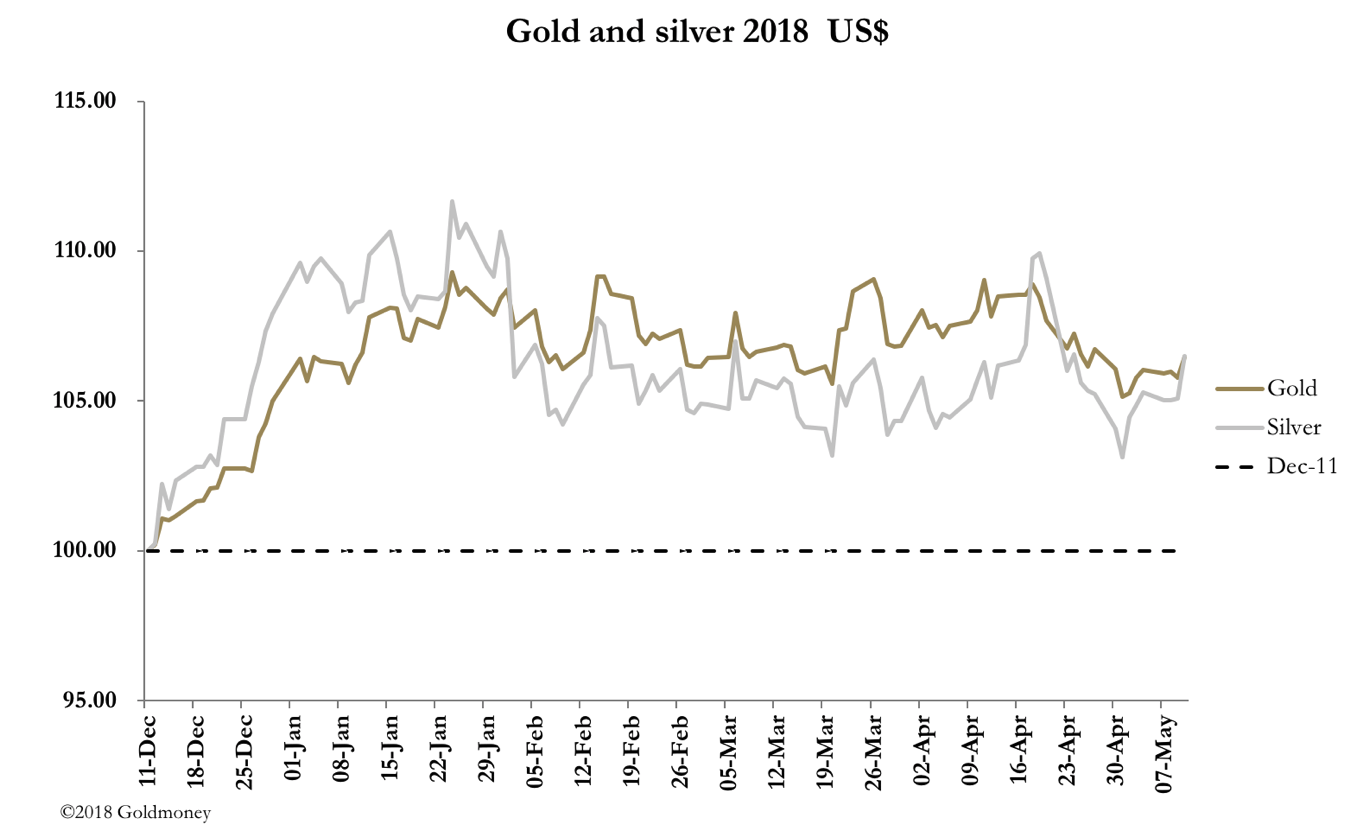 Gold was down $14 from last Friday’s close to trade at $1310 in early European trade this morning (Friday), and silver was down ten cents at $16.40 on the same time scale.

The underlying reason for weakness in gold and silver has been the dollar’s continuing rally, shown in our next chart. 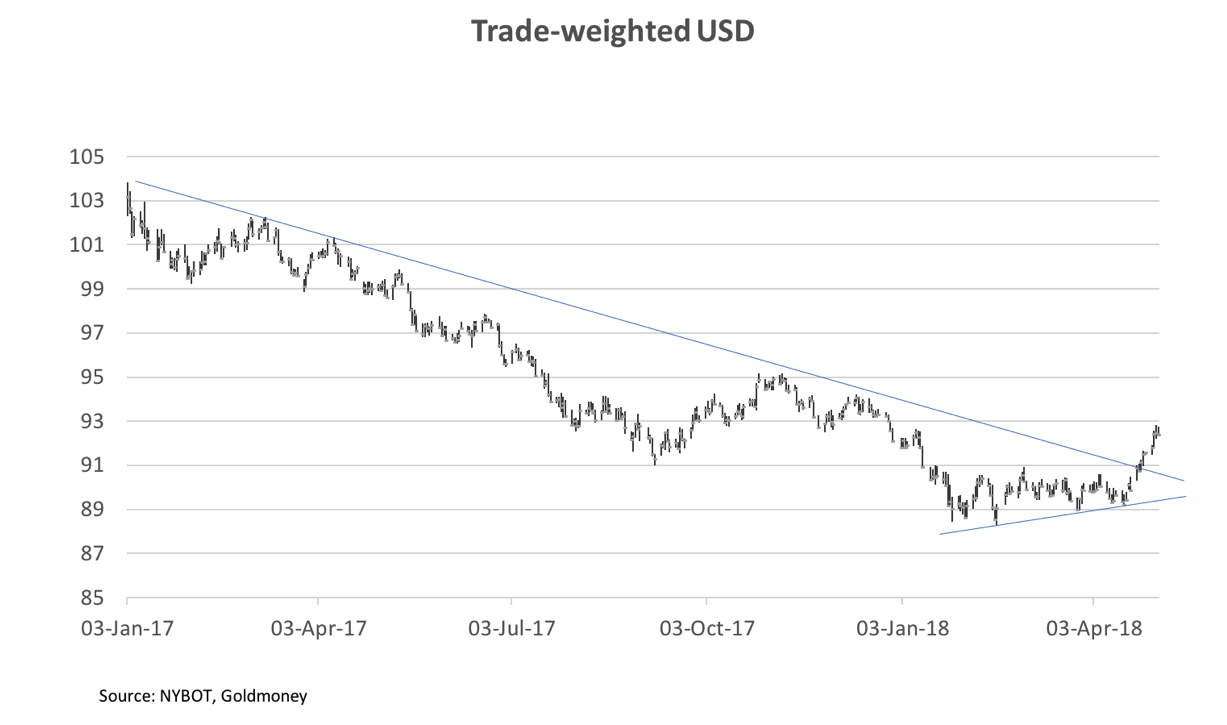 Obviously, with the dollar’s trade weighted index rallying, precious metals face a headwind. The dollar’s strength appears to be down to the apparent relative prospects for the US economy relative to the EU. Money supply watchers keep telling us that aggregated global monetary growth is slowing, which as they take as a warning of recession. Meanwhile, Trump’s stimulus appears to be bucking this monetary trend, with some of the repatriated cash balances finding their way into industrial investment. Therefore, the prospects for interest rates rising favour the dollar.

This is an argument full of holes, but it is probably the best on offer. The fact is money-supply followers are clueless, because they don’t even try to differentiate between money going into financial assets, money going into non-financial businesses, or indeed, money flowing from one to another.

While Nero fiddles, Rome burns. Our next chart provides a more balanced view of what is happening to gold. 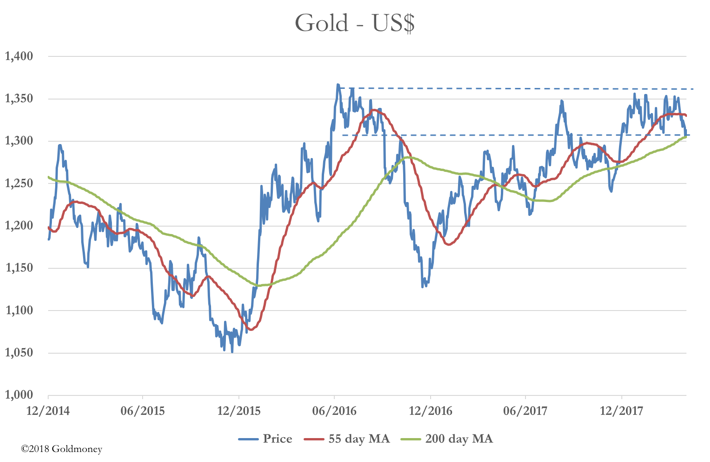 Gold has simply moved to test the lower bound of the established consolidation zone. It has also drifted lower to test the 200-day moving average, which currently sits at $1305. This probably explains some of the unusual trading patterns on Comex, where open interest is increasing on days when the price falls. The contract creation process tells us that the bullion banks and market makers are buying new contracts being shorts initiated by speculators.

In other words, the hedge funds are simply playing the dollar rally by shorting gold. While tomorrow’s prices are in the lap of the gods, if we look ahead we can see how this situation will reverse. China-watchers (the informed variety) detect the government’s clean-up operation, whereby shadow banks, wealth management products (i.e. speculative vehicles) and rogue local government spending, have now all been curtailed, and the government is ready to pursue its own expansionary plans. The reserve ratio requirement for banks has been eased, and new public-private partnership projects are being given the go-ahead. There is a gathering mood of optimism, likely to drive demand for raw materials.

Furthermore, trade tariff talks are currently being held between China and America, and a resolution of outstanding differences is likely. The reason all this matters is that just as China will be driving up copper and other base metal prices, the Trump stimulus will begin to have its effect as well. Price inflation in the US is certain to intensify by the year end, creating the conditions for a strong gold price.