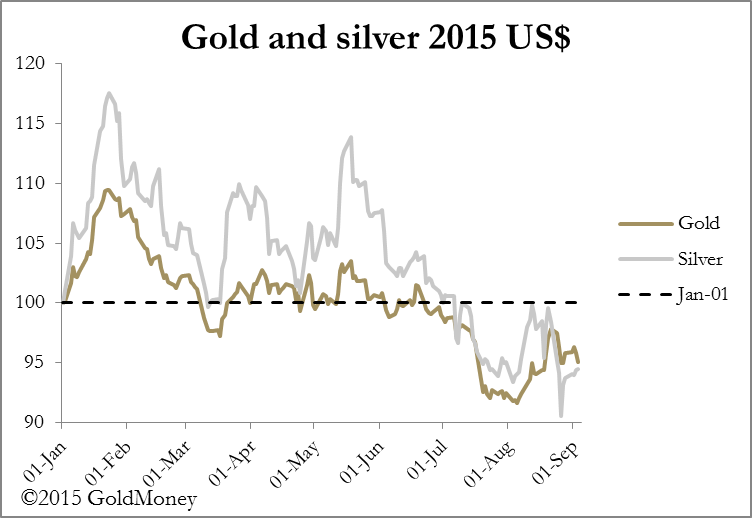 Gold and silver spent this week consolidating their recent price recoveries, with silver tending to hold its ground better than gold.

The underlying bullion position however remains very tight. The Financial Times reported that the cost of borrowing physical gold has risen sharply in recent weeks, reflecting refining demand from the big Swiss refiners. We know from our own contacts that for the last three years the Swiss refiners have been fully occupied in refining 400 ounce LBMA bars into the one kilo .9999 Chinese standard, so the drain on western vaulted stocks would eventually produce an acute shortage.

If the FT report is right about the gold being borrowed, this stores up more trouble for the future, because borrowed gold has to be returned. Presumable the FT is referring to gold being leased, in which case it is almost certainly being supplied by central banks from reserve stocks. Separately our Hong Kong vault partner Malca-Amit blogged about the shortage of silver bars. In their experience buyers are being put on waiting lists as refiners try to catch up with demand.

These two accounts of physical shortages are confirmed by anecdotal evidence everywhere. We can take this as evidence the market is not being priced on the basis of genuine supply and demand. This has been the case for a long time, and some would argue that with government intervention it is always so. However, the chances of a price dislocation in the market appear to be increasing, which would catch nearly everyone unawares.

On the Comex futures market, Open Interest has fallen significantly in both gold and silver. How this has happened without a significant bear squeeze in the last fortnight is a mystery, which suggests a degree of market management in the background. The drop in OI is illustrated in the following two charts for gold and silver futures respectively. 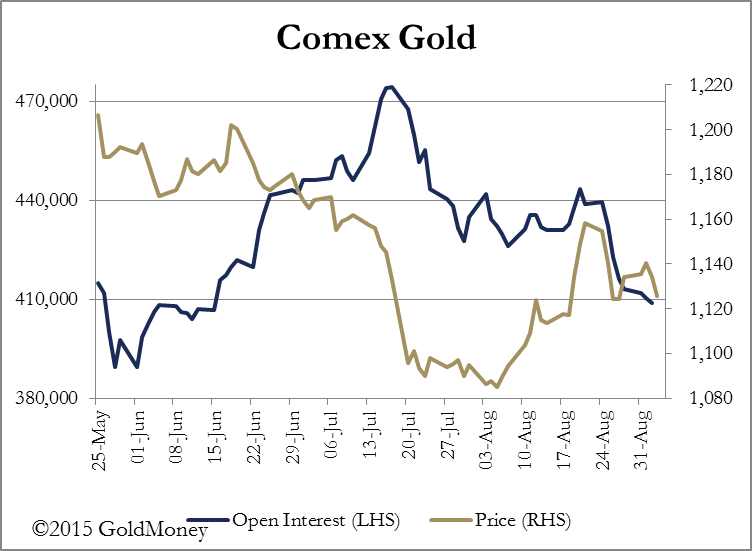 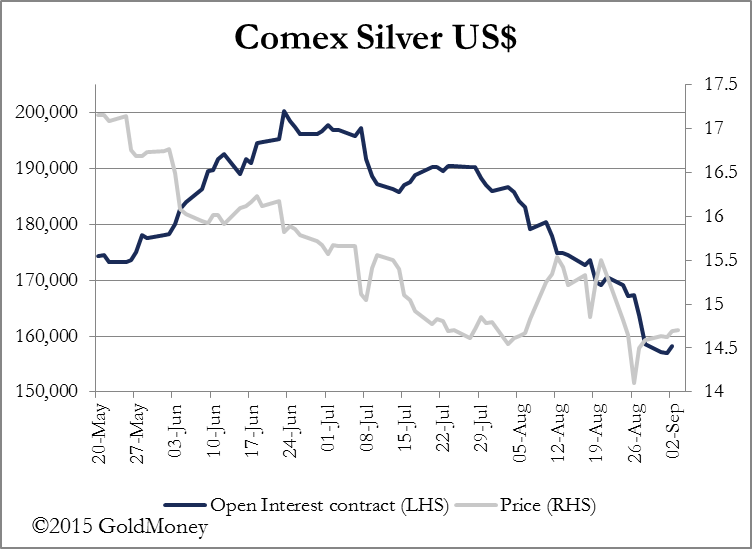 From 24th August, when the gold price peaked, OI has contracted by 30,000 contracts. At that time the hedge funds were net short, which was unprecedented. In what appears to be a most unlikely development, the speculative shorts have been closing their positions into a falling market. While it is the function of honest speculators to front-run markets and smooth out their progress, this is not how Comex gold futures normally work: in a market dominated by the big bullion banks, profits are generated by ensuring the hedge funds as a whole lose money on their trading. The "hedgies" are the amateurs and the banks are the professionals, is a better way of defining this relationship.

The position in silver is even more remarkable with a continuing decline in OI since the record levels of mid-June.

The only explanation that makes sense is that rather than playing the usual profitable game of squeezing the shorts before marking prices sharply lower after they have been closed out, the bullion banking establishment is placing a higher priority on keeping level books, suggesting they are paying attention to the high levels of demand for physical bullion.