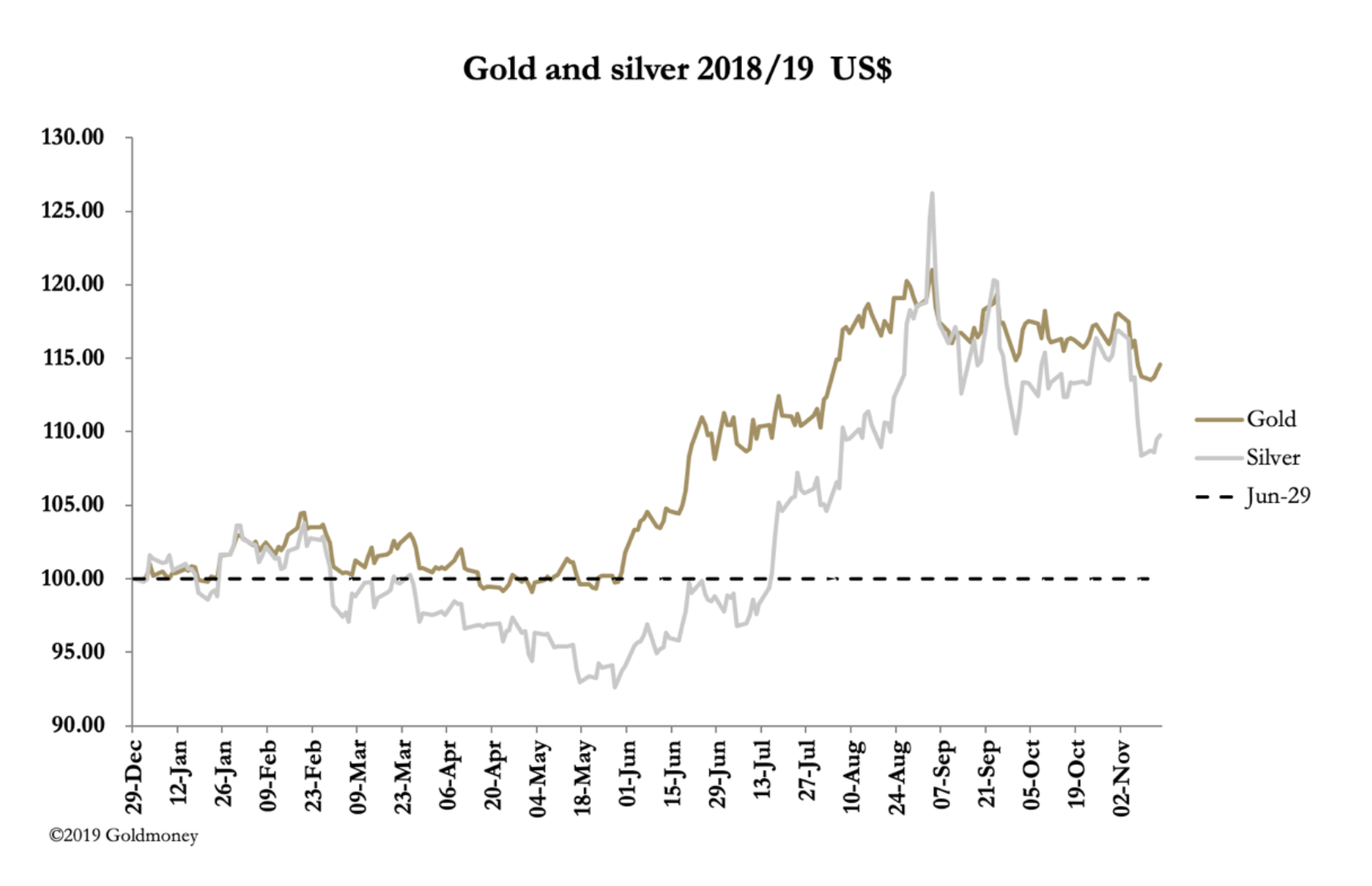 Gold and silver stabilised this week, consolidating the falls of the previous week. Gold rose $7 from last Friday’s close to trade at $1466 in early morning European trade, while silver was up four cents over the same time period at $16.90. Silver seemed to have a firmer underlying tone compared with gold, and this can be explained by gold appearing to be more overbought than silver. This is reflected in our next chart, which is of gold’s open interest on Comex.

Open interest is still at record levels, despite the fall in the gold price, a combination which is highly unusual. While the chart shows that the gold price does not have to track open interest faithfully, they do broadly correlate. That accepted, the two previous divergences last April and last June were followed by rising prices for gold. But in both cases, the rise in open interest appeared to lead the price higher.

This time, open interest is rising while the price is falling. This divergence makes no sense in the normal course of trading, because a fall in price almost always reflects the speculative longs being squeezed to close with their stops being taken out. In other words, open interest declines. There must be a major battle going on between large speculators and the bullion banks operating as market makers.

This battle is likely to intensify in the coming weeks, with an important bearish factor at play. The Comex December contract is rolling off the board, and as of yesterday’s close, preliminary figures show there are 357,575 outstanding. These will be closed by the end of the month, stood for delivery, or rolled over into the next active contract, which is February. This always presents an opportunity for the bullion banks to squeeze the bulls into closing, and as the roll-off proceeds, the pressure to sell increases. With an average of over 30,000 contracts a day needing to be closed this is an enormous headwind against the price.

This tells us two things. First, over the rest of the month the price is likely to fall further, and secondly, any short-term bullish sentiment is likely to evaporate. It points to the next bull run, if it is to materialise, being delayed into early to mid-December.

Our next chart show this is not unusual, with the arrows showing past examples of a falling market reversing into a strong rise at a December turning point. 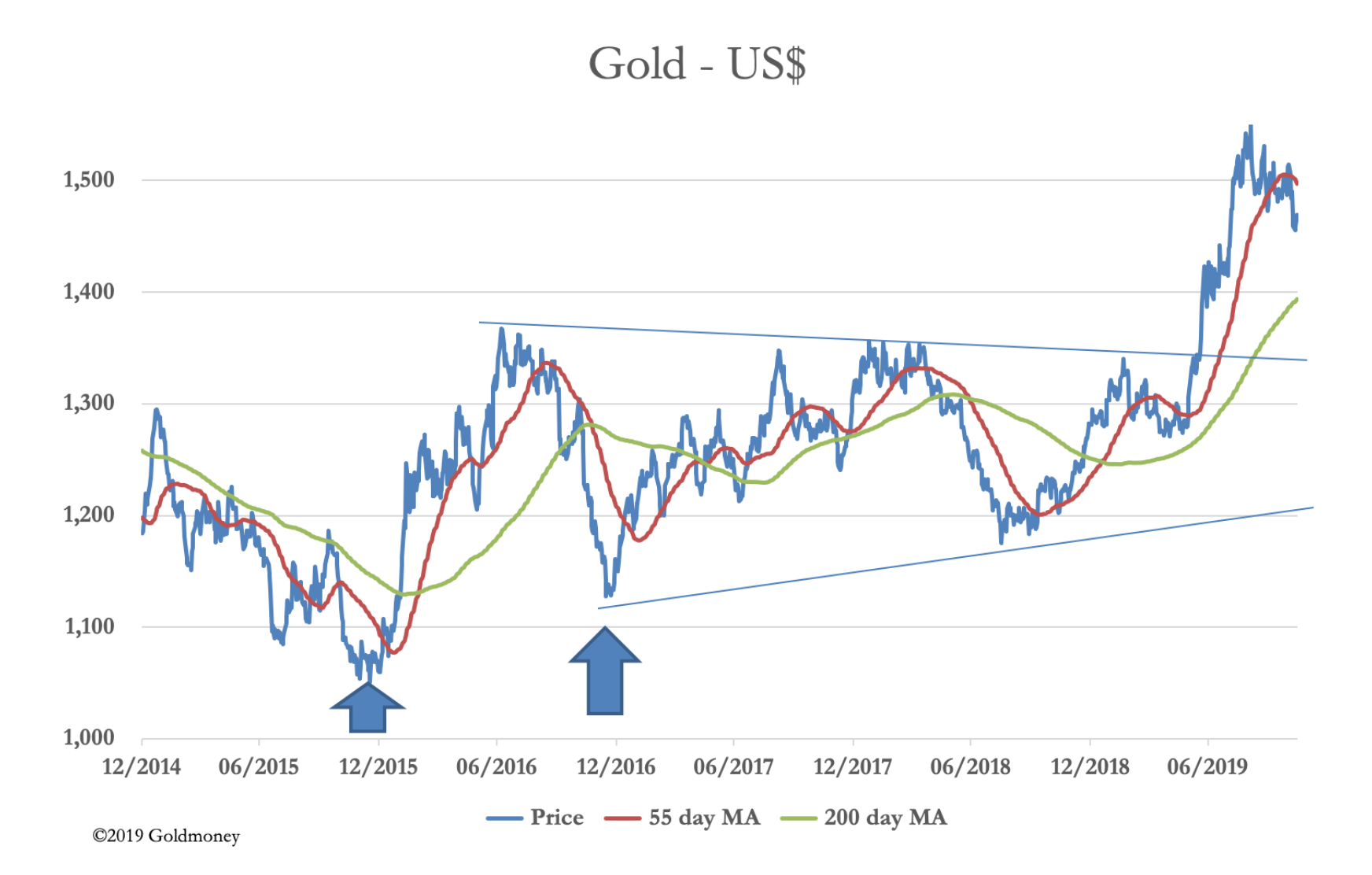 The reason these turning points occur in December can be partly explained by year-end book squaring, when market makers come under pressure to show a balanced book or at least a moderate, profitable position. All market makers are in this position, and they take the same action without the need to collude. This being the case, there is a reasonable possibility that the gold price will only advance from lower price levels, possibly close to the 200-day moving average currently at $1400, after the current active contract expires at the end of the month. The reason it may be delayed into the middle of December is the Fed will take a decision on interest rates at that time.