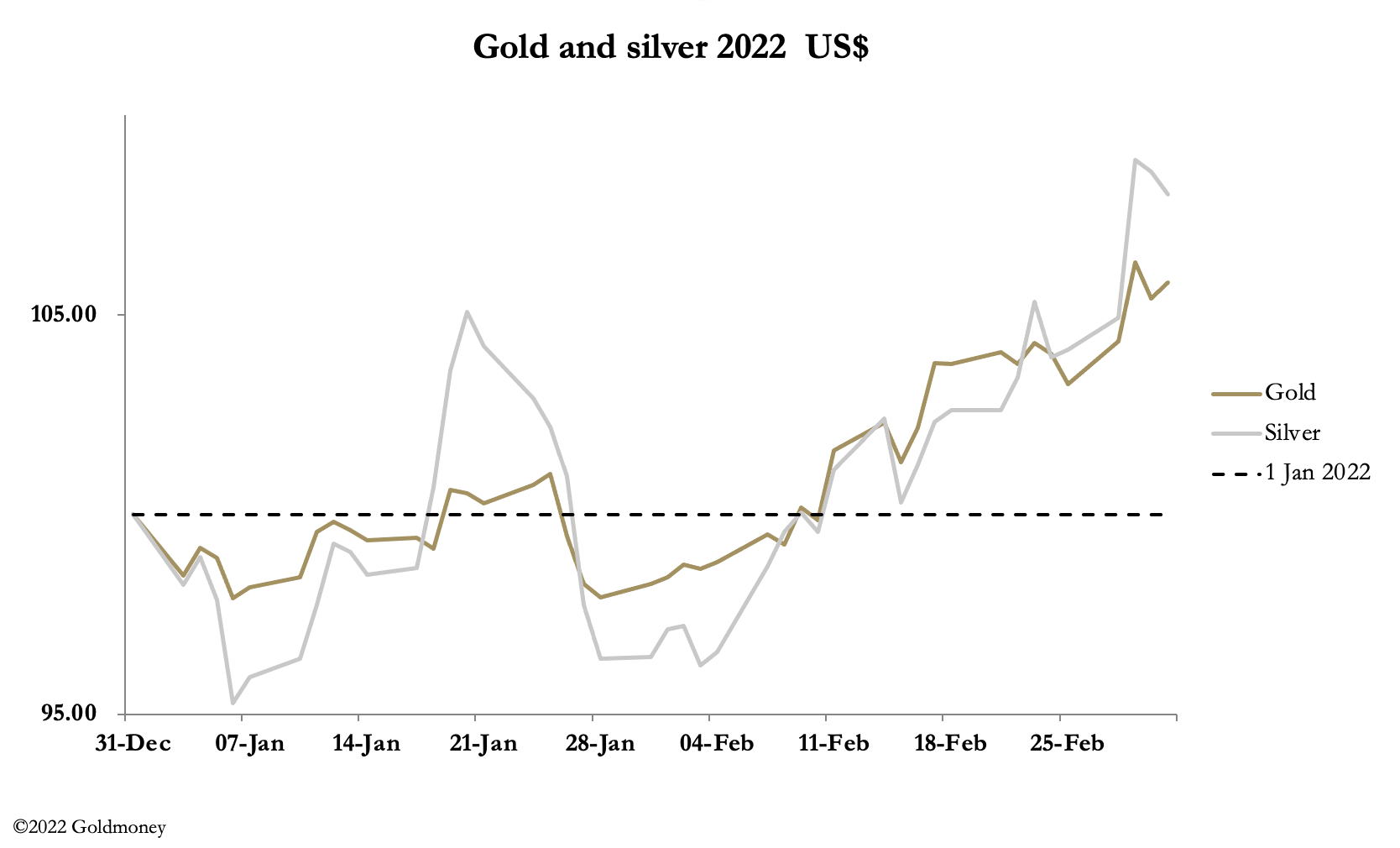 With the Ukraine crisis worsening, precious metals rallied this week after last week’s extreme volatility. This morning in Europe gold traded at $1944, up $55 from last Friday’s close, and silver at $25.21 was up 97 cents. Comex volume was moderate when it might have been expected to be higher, particularly in silver. It indicates that speculators are uncertain of developing events. Meanwhile, gold open interest remains elevated, which is our next chart. 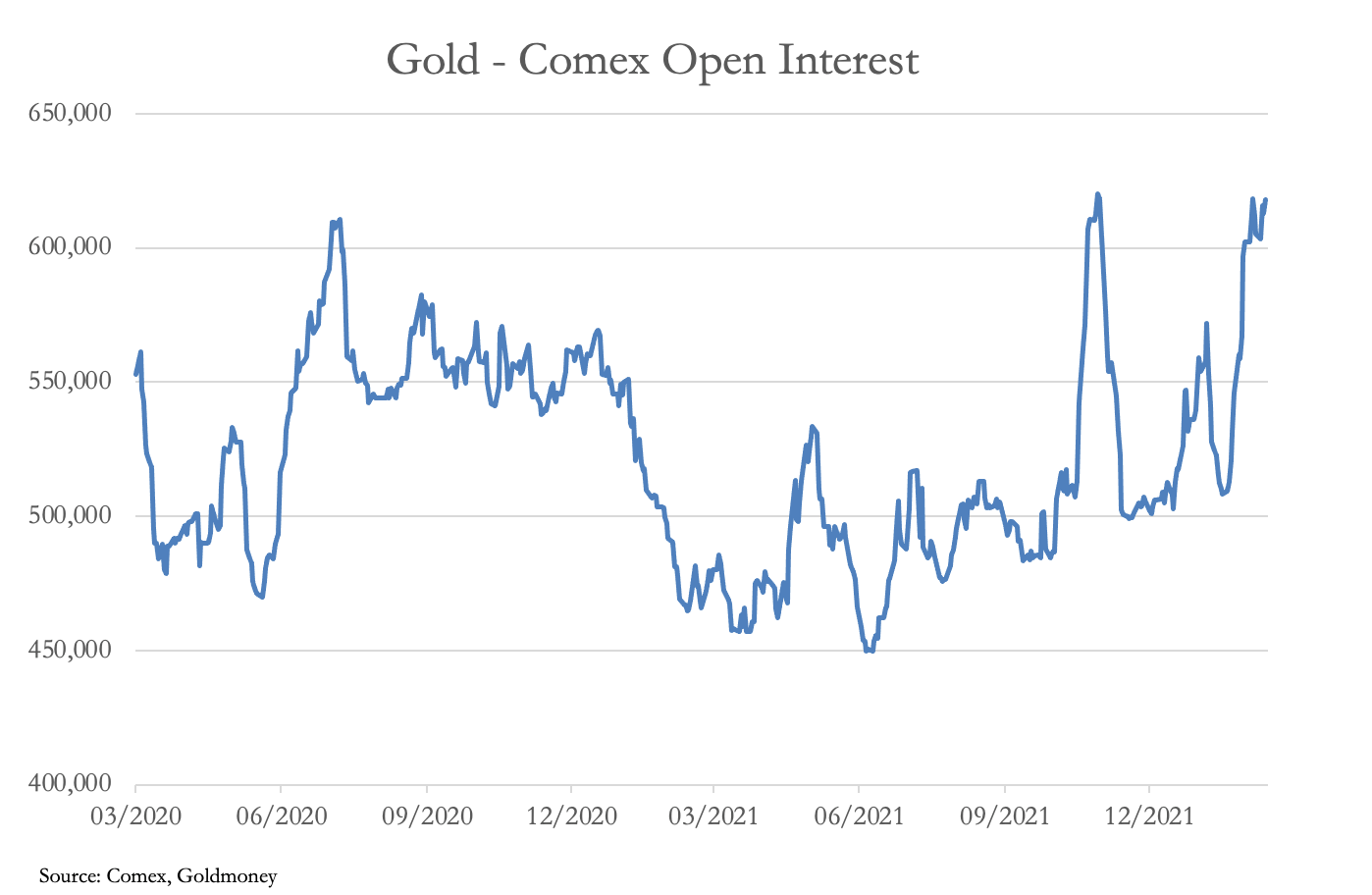 This will be causing pain for the shorts, particularly the bullion bank traders now working with the net stable funding requirements of Basel 3. The Swaps’ position in gold, which is mostly comprised of bullion banks, is up next. 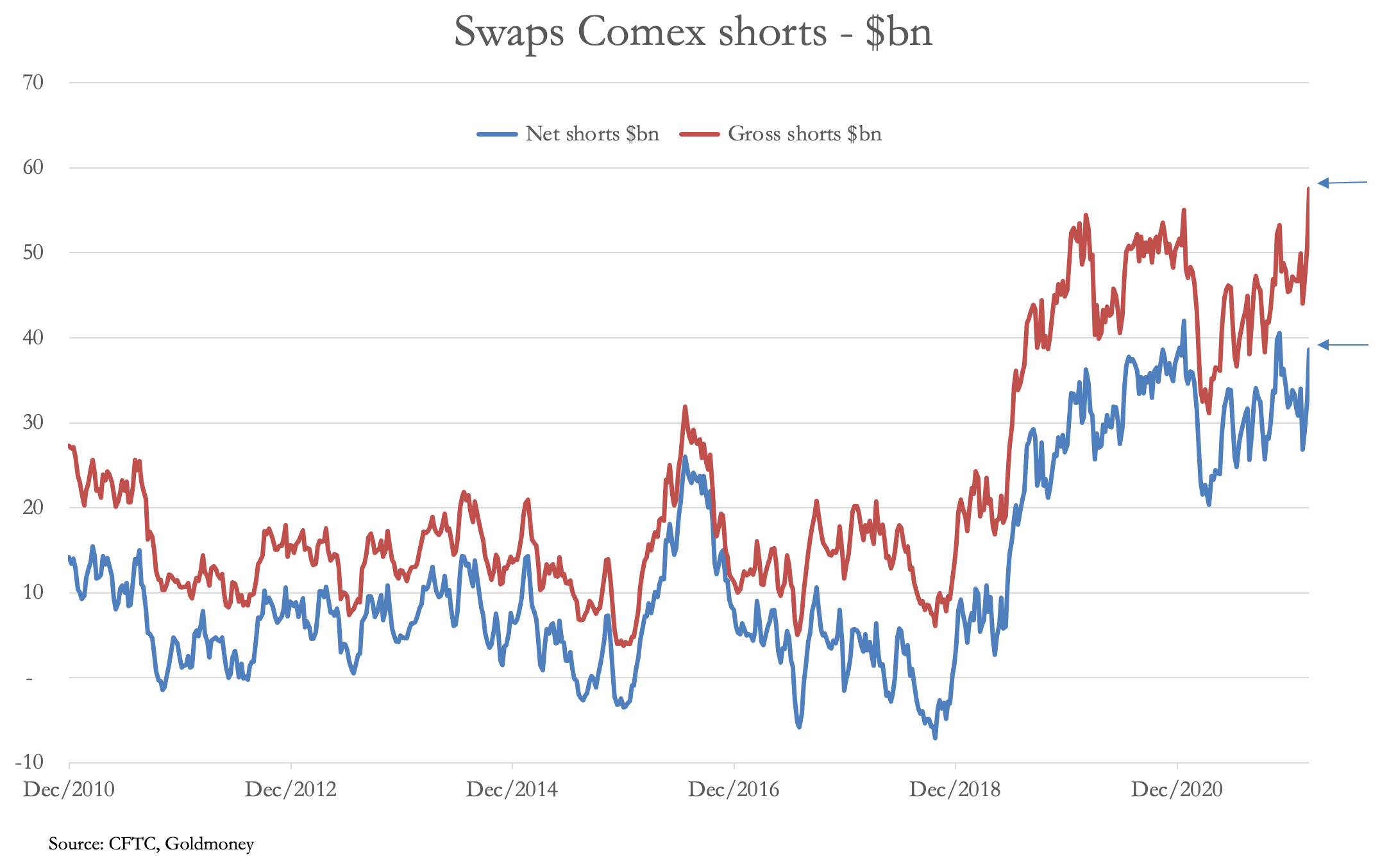 The position is at 22 February, the last available COT figures, adjusted for today’s price. There will be an update tonight after markets close, but given Open Interest was like last night’s, it is a fair reflection of the current position. The chart shows that in dollar liabilities the Swaps are now record short on a gross basis, and near-record short net. Gross shorts at $57.6 bn are spread between 23 traders, giving an average position of $2.5bn.

The bullion banks will be desperate to cap their positions. The usual approach, of marking prices down in an overbought market to trigger stops and thereby get Open Interest down to under 500,000 contracts, would probably need a Ukrainian amnesty, which is unlikely. Therefore, should events lead to greater speculator demand for futures, the only recourse is to discourage buyers by marking prices up and hope that an opportunity to shake out weak holders will occur later. The position will be similar in London’s forward market, which is probably eight times larger than Comex. These are the conditions of a short squeeze.

The Ukrainian crisis is intensifying, rather than easing. There’s a sudden realisation that not only are oil and natural gas prices affected (over the last week WTI oil has risen 19.3%) but more alarmingly, wheat prices have risen 41% on the same timescale. This is because the region is the world’s largest exporting breadbasket. The effect on a range of commodities is indicated in our next chart. 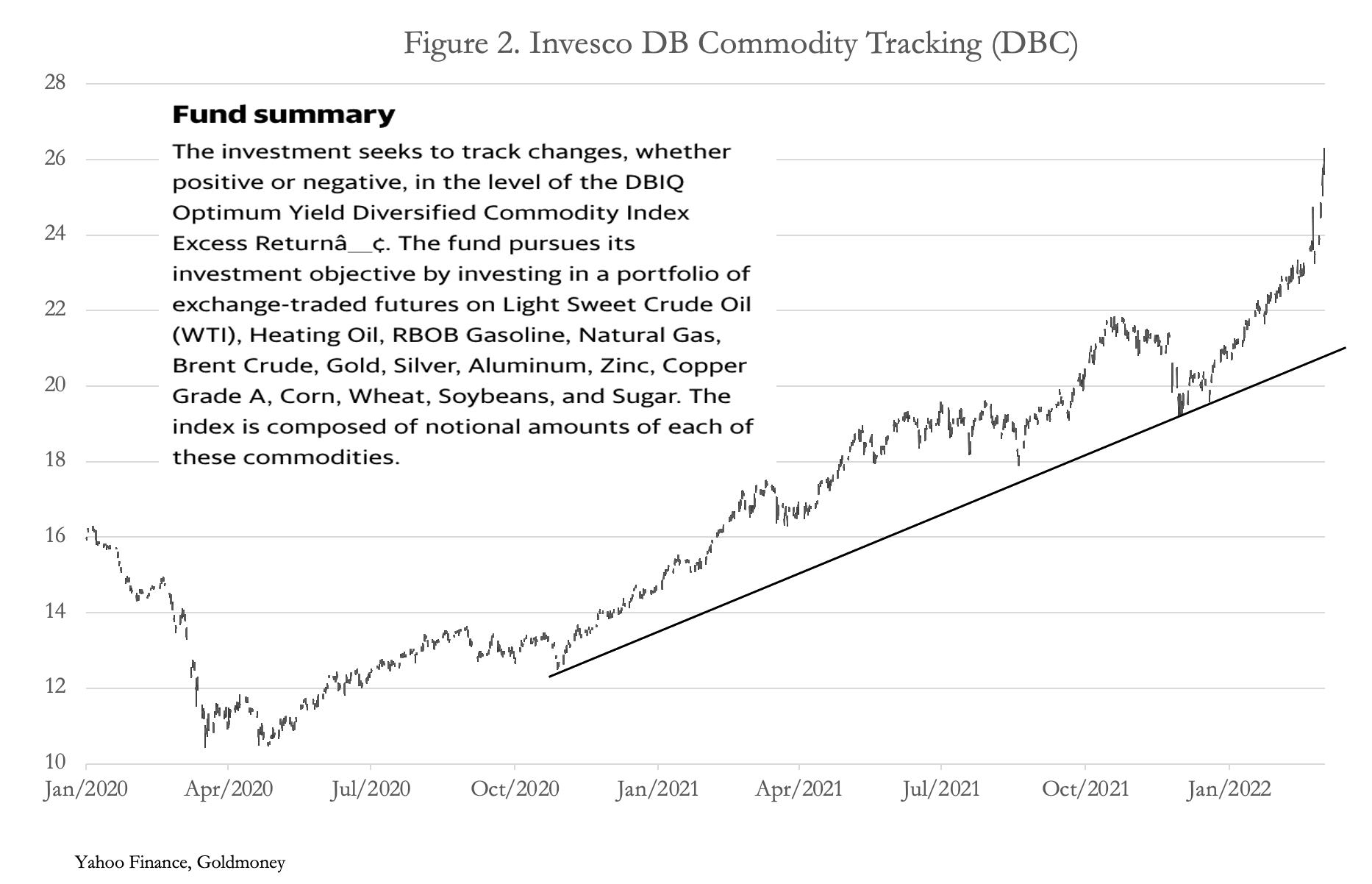 The effects of higher energy and commodity prices are bound to feed through into higher producer and consumer prices. Understandably, establishment analysts are having difficulty processing these developments, reflected in a simplistic argument that higher prices will depress consumer demand, leading to a recession. They believe that a recession will ease inflationary pressures, therefore in turn pressure for higher interest rates will ease. This approach is reflected in consensus forecasts that instead of the Fed raising its funds rate by 50 basis points later this month, they will only go for 25bp.

But the financial war between the West and Russia is still escalating and the reports of deepening commodity shortages and market backwardations are still coming in. Freezing Russia’s currency reserves has made them worthless in Russian hands, and the evolving response is to increase their gold reserves.