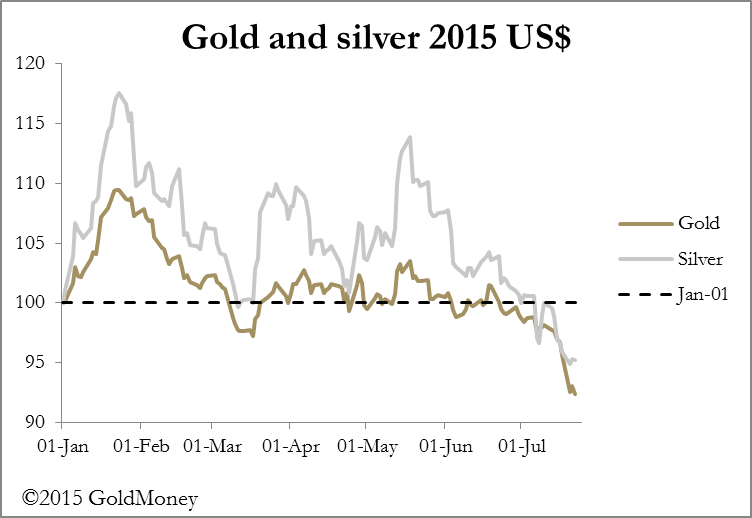 Industrial commodities, including energy and base metals, were aggressively sold this week as more evidence came in that the global economy is stalling, with world trade having now declined for five months.

Gold was attacked and broke the $1,100 level last weekend to slide to new lows, down 7.9% on the year and silver is now down 4.8%. It is notable how well silver has held up, when it usually moves about twice as much as gold.

There are two reasons behind silver's relative strength. The first is the already substantial short position in silver limiting its fall, and the second is that the cause of the sharp decline in precious metal prices was a bear raid on gold. Whoever engineered it chose their timing carefully: it was very late on a Sunday evening in US time, and the Tokyo market (TOCOM) was shut for a holiday. By dumping several thousand contracts in a very thin market the seller was able to trigger stops, yielding an immediate profit.

The decline in world trade behind the commodities rout has been evident for some time from China's import/export figures, so is hardly a surprise. However, futures markets have become dominated by speculative players with hot money, the result of central banks' monetary policies, instead of a mechanism for producers to sell their production forward to hedge price risk. Volatility has increased to levels that would probably not otherwise be seen. 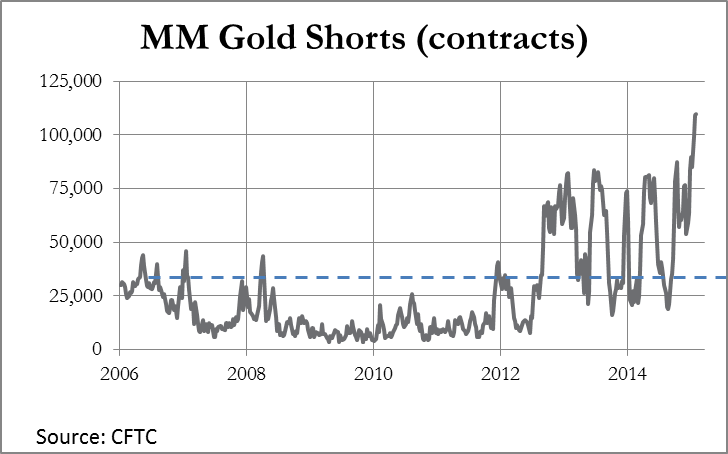 Records in bearish positions are continually being broken. But equally, there were some hedge funds brave enough to be long, and they were obviously the target of the bear raid. 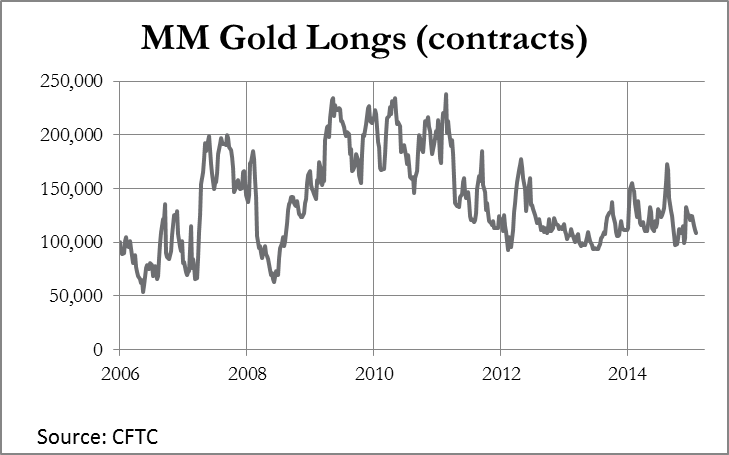 The longs are roughly average for this contract so there was clearly profitable scope for the bear raid that occurred.

Meanwhile, the fall in the gold price has predictably ignited widespread demand for bullion, according to various reports from around the world. The Shanghai Gold Exchange announced a sharp jump in deliveries to 61.8 tonnes, for the week ending 10th July when the gold price averaged $1,150. This was up 39% on the previous week and exceeds global weekly mine output of about 58 tonnes. It will be interesting to see how much prices at the $1,100 level increase Chinese demand, and if you follow me on Twitter (@MacleodFinance) I shall tweet the number for the previous week (to July 17) when it is available later this morning. When one country absorbs all new supply, you know that despite all the bearish chatter, gold is under-priced in the market.

There is an FOMC meeting scheduled this week, and on Wednesday we may hear more definitively about the long-expected rise in the Fed Funds Rate, which is the rate commercial banks are paid on their reserve holdings at the Fed. The likely reason the Fed is getting optimistic that it can raise the rate is banks have withdrawn $145bn from the Fed's reserves in the last three months. This fact coupled with improving employment figures could bring forward an interest rate increase. But double-guessing the Fed on this is not easy, because the FOMC members seem to believe their own official forecasts; that the prospects for the US economy remains rosy, while as stated above world trade outturns suggest otherwise.