By Alasdair Macleod
Market Updates April 12, 2019
According to the World Gold Council, central banks added 51 tonnes to their reserves in February, adding to their 41 tonnes net purchases in January. It’s not just Russia and China, with one-fifth of central banks “signalling their intention to increase gold purchases over the next 12 months”. 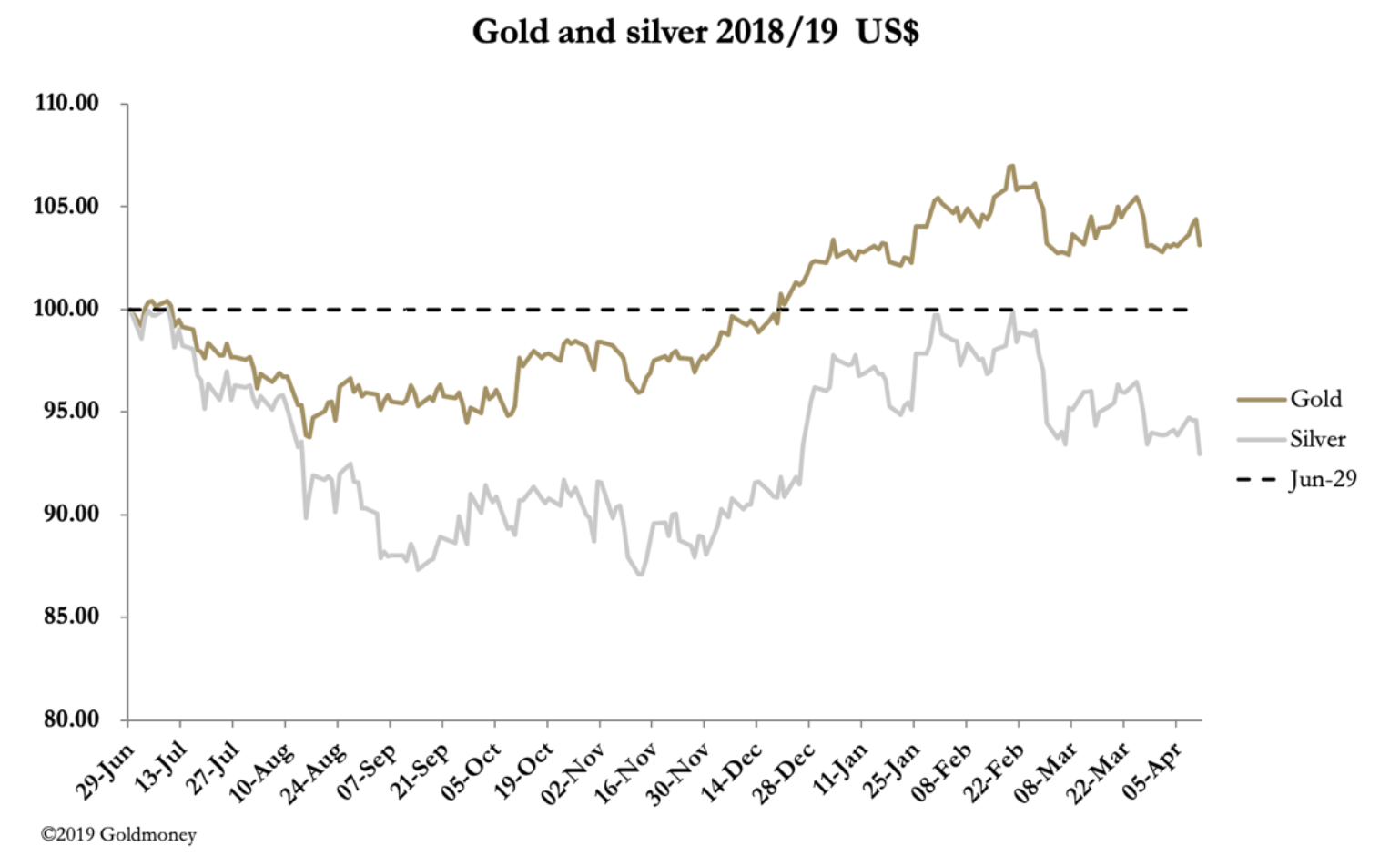 In early morning trade in Europe, gold traded at $1293, up $1 on the week from last Friday’s close, and silver at $15.00, down 11 cents over the same period. Comex trade in gold was light, while silver was moderate. Sentiment in the futures market for gold appears to be very subdued, confirmed by our next chart of the managed money position. 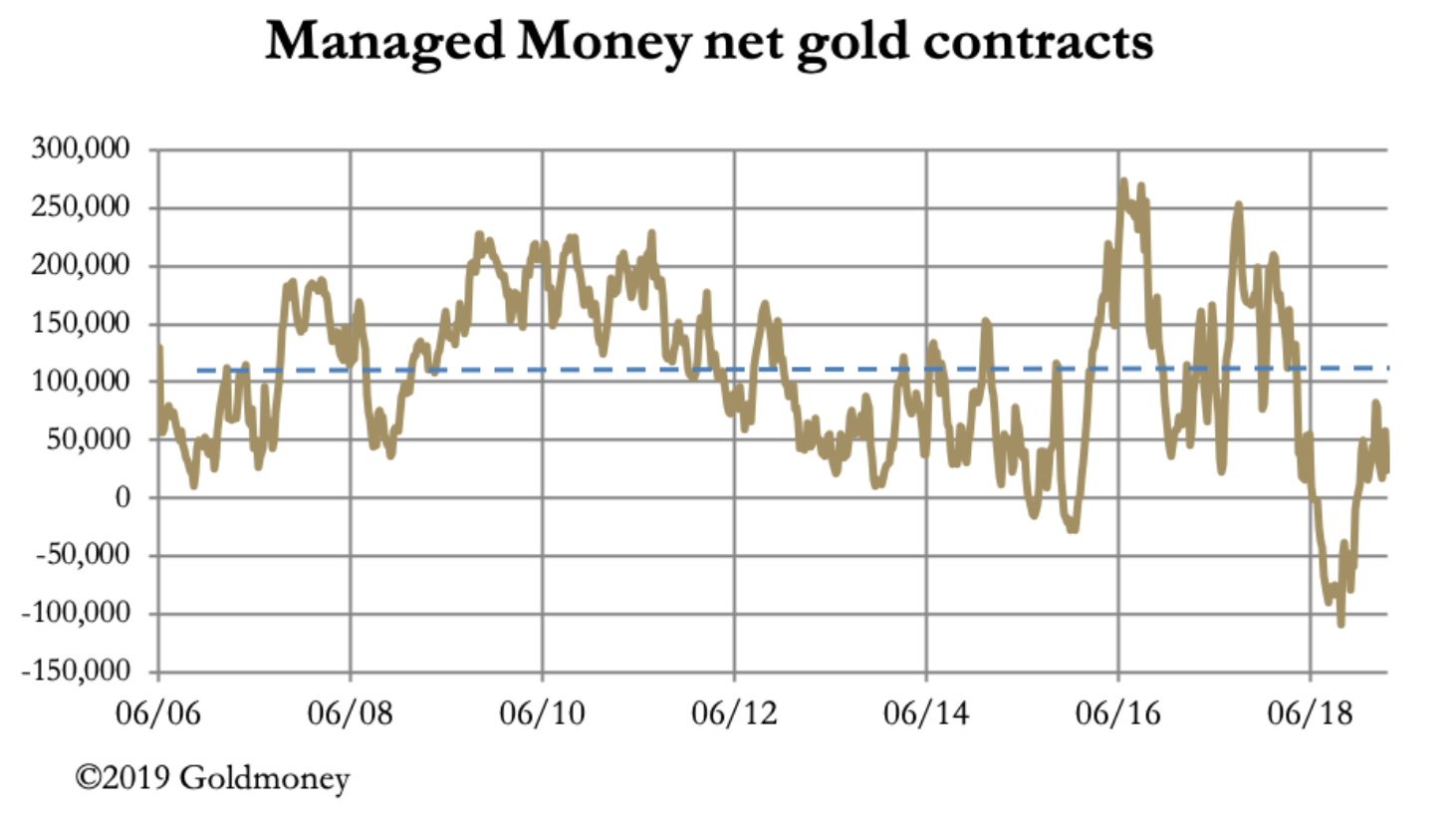 The weekly Commitment of Traders position at 2 April confirms that large speculators are bearish with their net longs considerably less than the average of about 110,000 contracts. We will get an update for 9 April after Comex closes tonight, which might show a less oversold position, given the rally in prices in the five trading sessions since the 2 April COT figures. It wasn’t until yesterday that the gold price fell by $16, so if we could assess the true COT position for today, Comex gold would probably show at least as oversold as it was ten days ago.

Open interest confirms the low level of speculative interest, which is our next chart.

In less than a month, open interest collapsed by over 100,000 contracts at one point. This was due to the expiry of the April contract, when hedge funds decided to close rather than roll their positions forward. In summary, the basis for a decent bull run now exists, sentiment and positioning being ripe for a turnaround.

Our next chart shows the technical position. 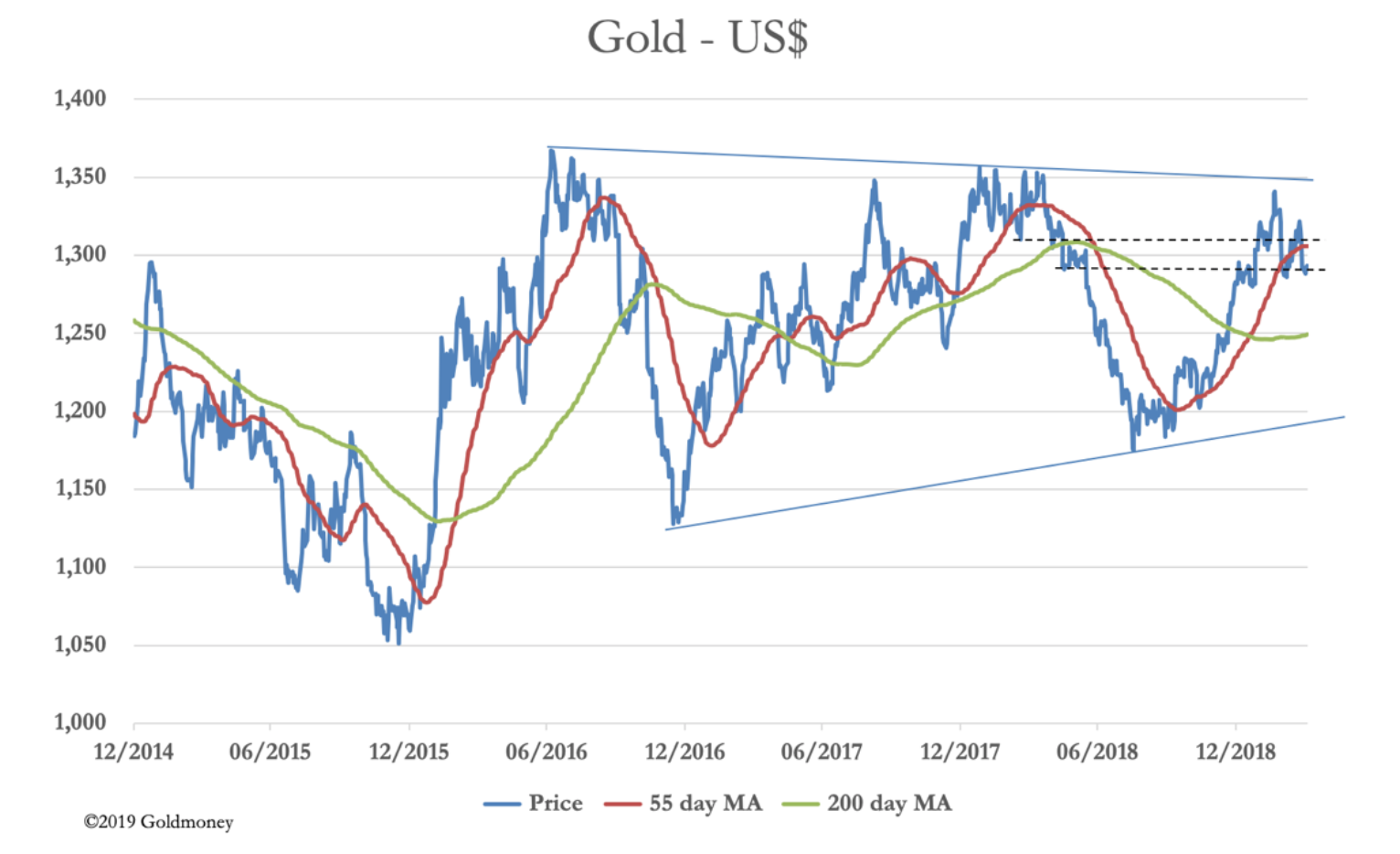 Gold has fallen to the lower level of an established consolidation range in the approximate region of the 55-day moving average. We cannot rule out a move to test the 200-day MA at the $1250 level, because the negative sentiment makes it possible. But given the extremes of negativity last August, indicating the end of a two-year consolidation, we would expect that if challenged the $1250 level will hold.

Silver has been less positive relative to gold, with the gold/silver ratio hitting an all-time high of 86.35 this morning. This reflects the underperformance of base metals relative to gold, with silver not being valued as a monetary metal. But if we concentrate on its industrial value, there is little doubt that demand, particularly for solar cells, continues to grow while mine supplies are static.

But above all, silver’s underperformance and the lack of appreciation of its monetary qualities is indicative of the low level of interest in monetary metals relative to the dollar, which has maintained a trade weighted level of 97. This is our last chart. 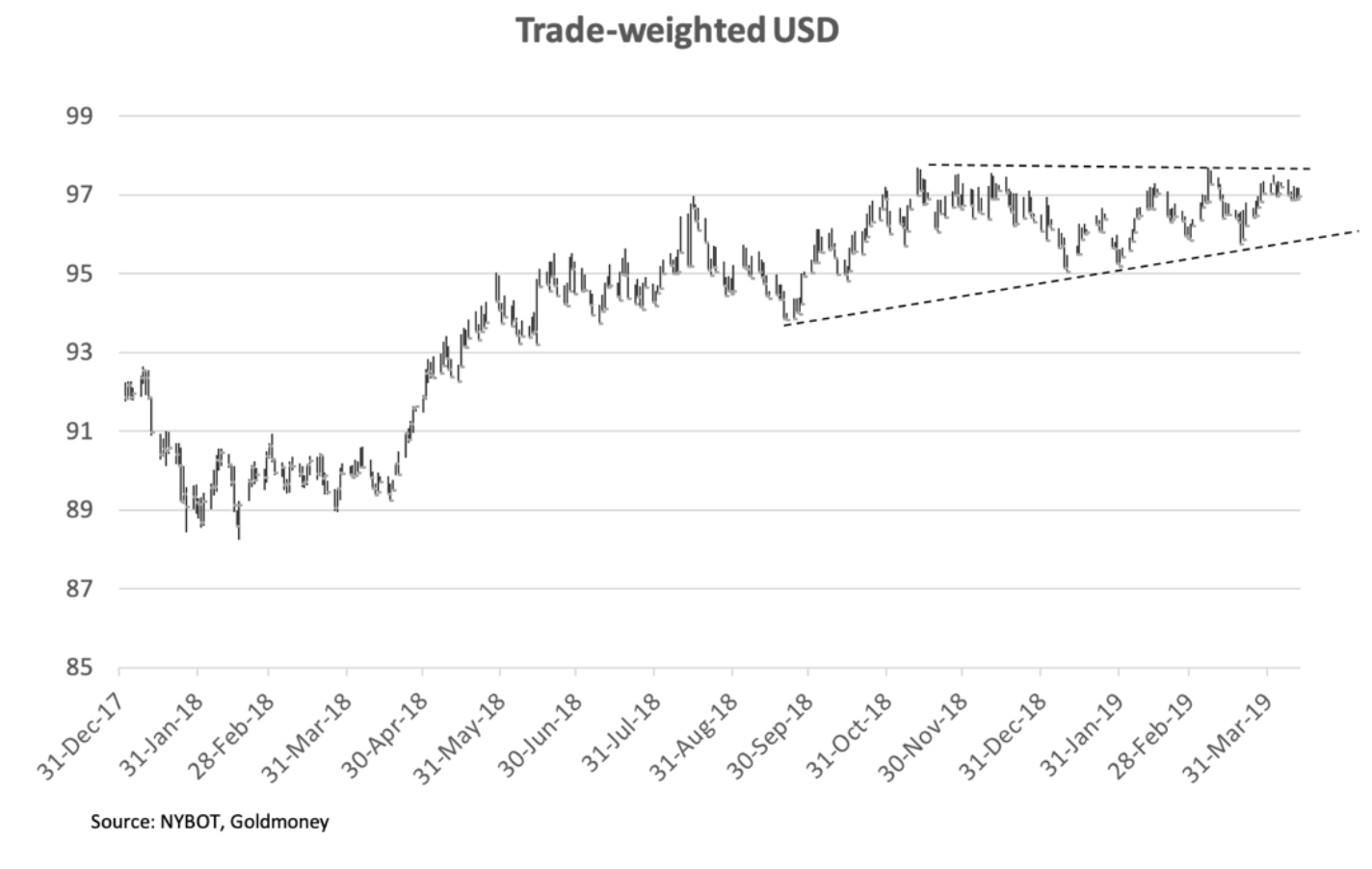 The dollar’s TWI will have to break convincingly below 96 for it to turn bearish, bullish for gold. Much of this depends on the euro, which represents roughly half the dollar’s TWI. But for now, central banks along with Chinese and Indian nationals will continue to accumulate physical gold.