Market Report: Is a correction due? 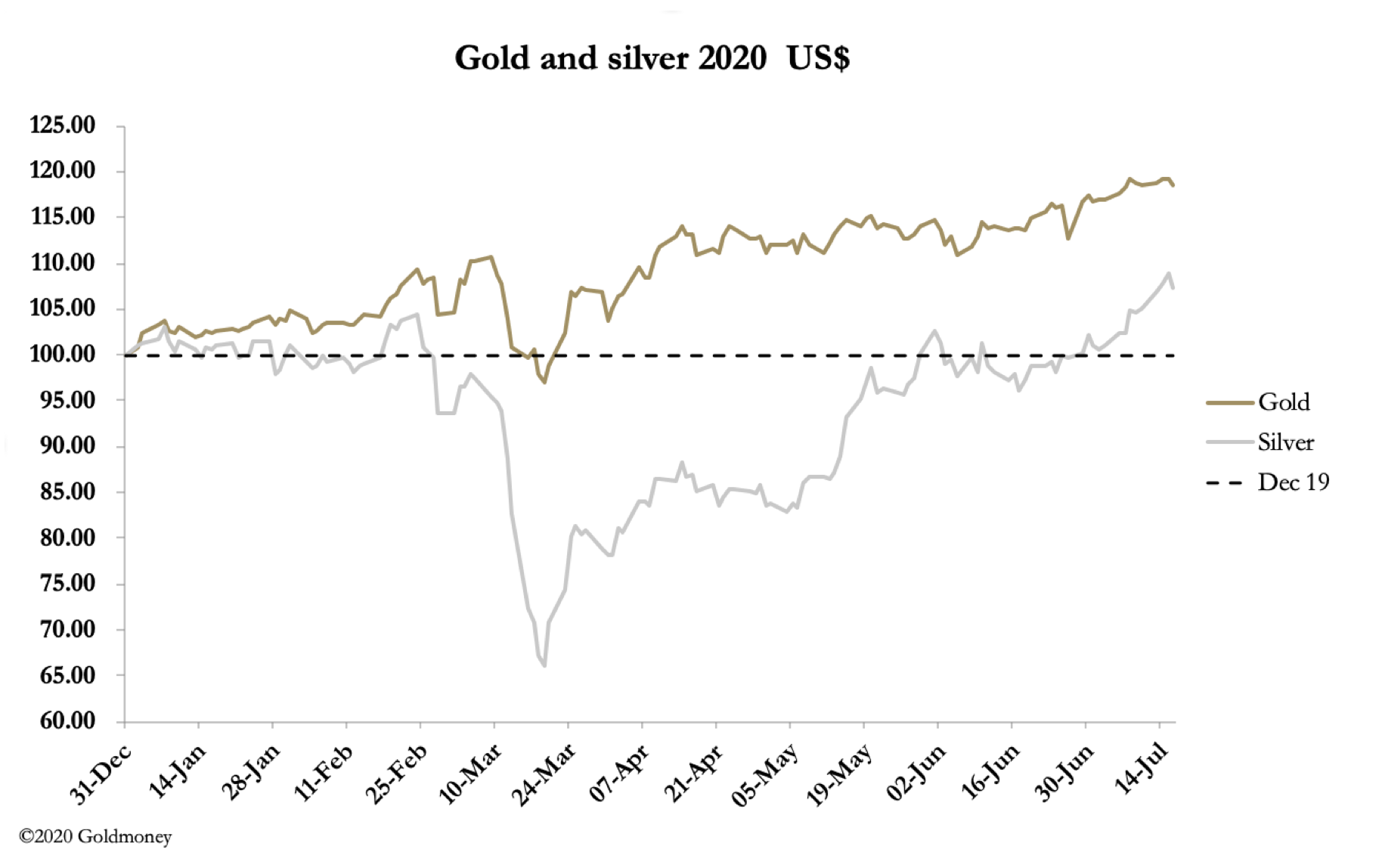 Gold consolidated further this week at the $1800 level while silver gained ground in volatile markets. By morning trade in Europe, gold was up $5 from last Friday’s close at $1803. Over the same time-frame silver gained a net 45 cents to $19.11, having been as high as $19.47 on Wednesday.

Silver is beginning to catch gold up, as our headline chart indicates, and the gold/silver ratio has declined to 94.4, shown below. 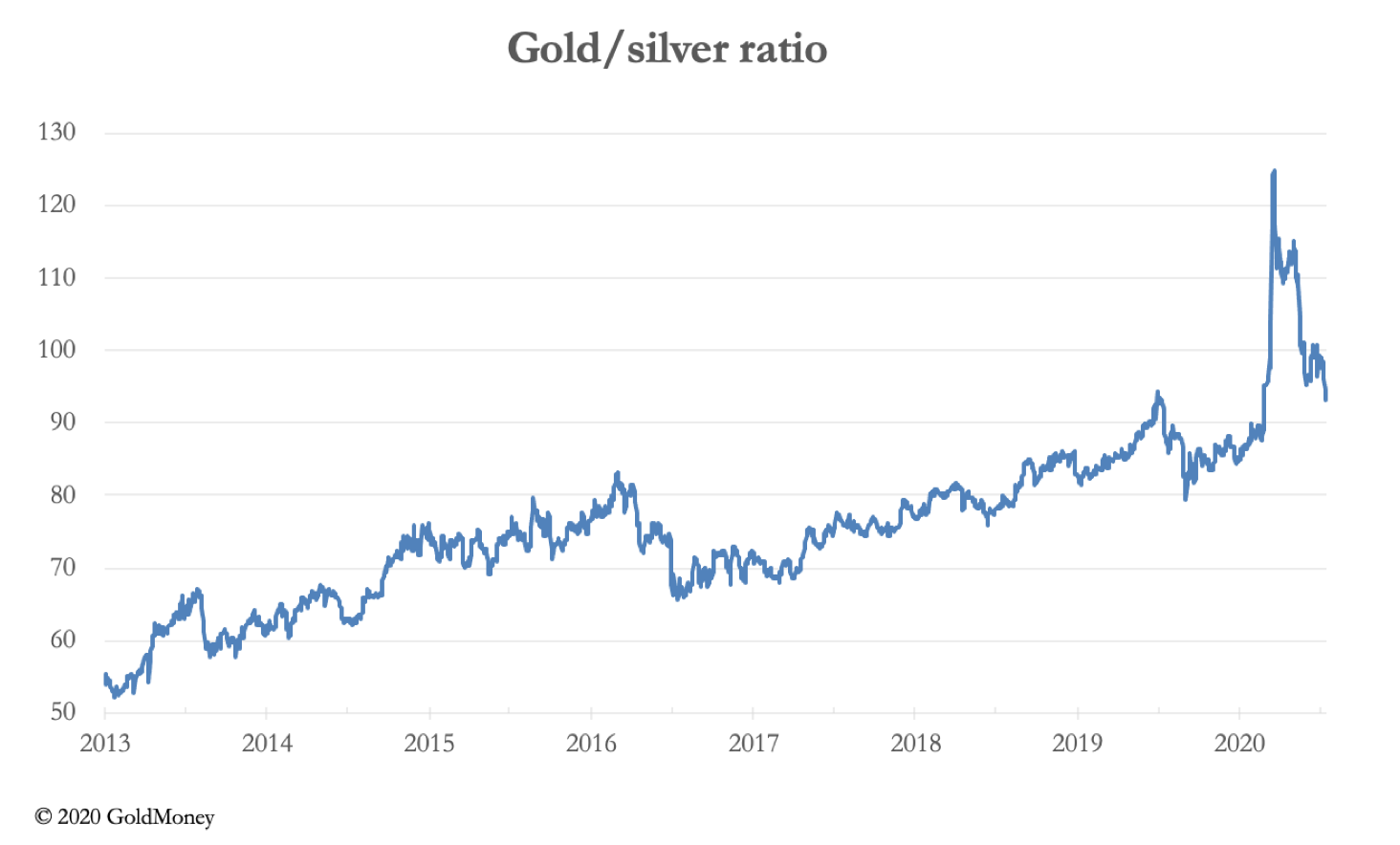 It appears to have made a major turning point, indicating silver is in a new bull market priced in gold. The next chart point is 80, from which the relative silver price collapsed last September.

Gold Swaps are now net short $38bn on the Comex GC contract, a record. The gross position is $51bn between 26 bullion banks, some of which are likely to have shorts significantly higher than average.

The other non-speculator category, Producers and Merchants, are reducing their exposure, as the table below shows, which is derived from the last available Commitment of Traders report.

Typically, Swaps would have about 60% of the shorts in an overbought market, so the need for a price smash to shake out the speculators has never been higher. But the vulnerable speculators are the hedge funds in the Managed Money category, and their longs are not yet much overbought.

The two other categories, Other Reported and Non-Reported are in the majority, and as such are unknown quantities. It is between these two categories that were those who stood for delivery of 172 tonnes on the expiry of the June contract. And now we have only two weeks left for the current August active contract to run off the board with 29 July being the last trade date. From then we should see the quantities standing for delivery.

The registered category in Comex depositories (enough to cover 133,000 contracts) tells us that as long as deliveries amount to less than 400 tonnes Comex will get through this delivery cycle, but things are getting tight, with very little liquidity, if any, left in London. Lease rates are negative, a discouragement to central banks to lease gold, Furthermore, just like the rest of us, central bankers are placing greater premiums on unencumbered bullion ownership.

Meanwhile, some analysts are warning of a final shakeout before the next leg up in prices. With the current position as described above, that is hard to imagine. And the last attempt, which drove Comex open interest from 799,000 down to 473,000 failed miserably.

The one possibility is a banking crisis, which might create a dash for liquidity. But that is not certain, because liquidity is depositing money in a failing banking system. After momentary confusion, a banking crash is likely to drive strong demand for physical bullion vaulted outside the banking system. After all, it is this that appears to have driven some in the blanket-named speculator category to have stood for delivery of 172 tonnes from the June contract.