Market Report: Have we lift-off? 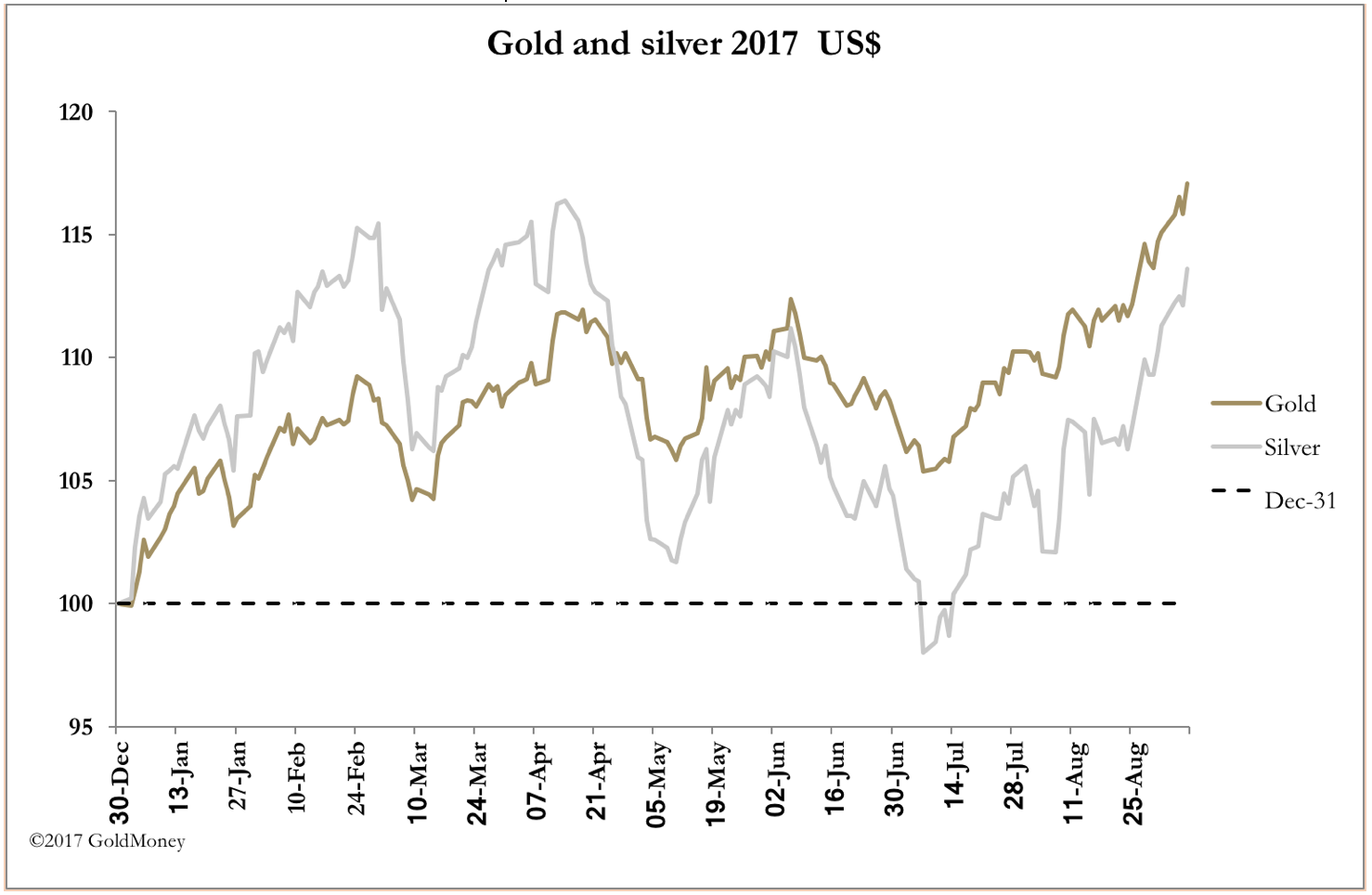 As can be seen in our headline chart, gold and silver powered ahead further this week, and appeared to be undergoing a rerating. Gold this morning in early European trade was trading at $1354, up from $1320.80 at last Friday’s close. Gold is now up 17.5% on the year so far. Silver this morning is trading at $18.16, up from $17.73 last Friday, and is up 14% on the year. Silver still has some catching up to do, and appears cheap relative to gold.

Continuing weakness in the dollar, notably against the euro, is being reflected in higher prices for precious metals. At the same time, commodity prices are rising, led by demand from China. China is offsetting some of the higher dollar prices for raw materials by allowing the yuan to rise against the dollar, which is up 8% this year.

Is this another overbought situation for gold, and an oversold dollar? There is no doubt that gold is now very overbought, having been heavily oversold only six weeks ago. The simplest indication is open interest on Comex, which is our next chart.

Open interest is not yet at the record levels seen in July 2016, when it was at 657,776 contracts. The price then, coincidently, was the same as today at $1353. Today’s OI is 581,304 (preliminary figure, 7 Sept.). The conditions appear to be set up for the bullion banks to smash the price, taking out the stops, and recover their losses.

Prospects for the dollar are equally important, and currency markets appear to be waking up to the dangers facing the dollar. Traders, particularly on Wall Street, have taken the view volatility is in other currencies rather than the dollar. It is also a common view that China’s credit bubble will implode, while analysts don’t seem to realise the credit cycle equally applies to the dollar, with an important difference: yuan credit is applied to economic progress, while USD credit ends up as unproductive debt.

While yuan bears are being badly squeezed, economic bears on Wall Street assume that the danger is deflation, in which case, they reason, there will be demand for dollars. They mistakenly ignore the fact that dollar bank deposits are at their highest level ever, and importantly, the rest of the world has far too many of them for its future requirements, given indications that the dollar’s hegemony is being threatened by China.

The story that broke this week was in the prestigious Nikkei Asian Review, that revealed China is likely to authorise a yuan-oil futures contract, which with a matching yuan-gold contract will allow oil exporters to China to sell oil for gold. Its introduction, possibly by the year end, promises to end the dollar’s exorbitant privilege. Western financial markets are badly wrong footed for this event, and at the least can be expected to decrease their dollar weightings in favour of gold.