By Alasdair Macleod
Market Updates May 06, 2016 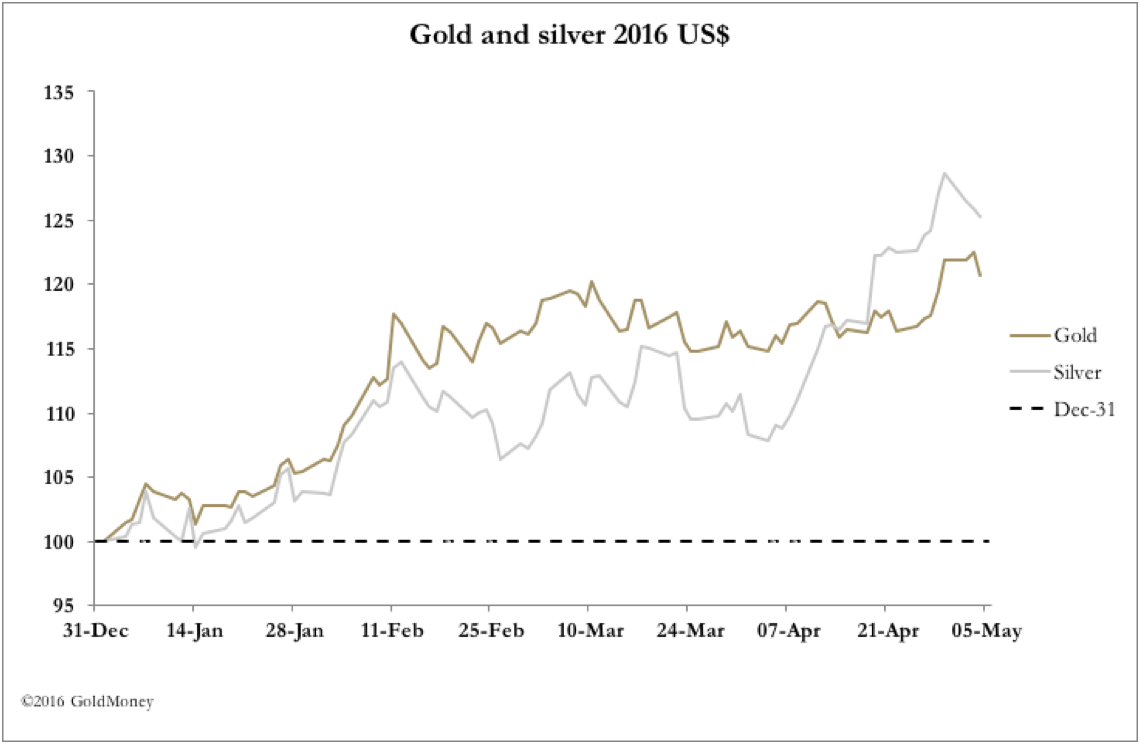 Given the sharpness of the move up in the last week of April, it was hardly surprising that some consolidation was in order. Underlying this performance was the recent weakness of the dollar, which had a mini-bounce aided by a weaker yen, the yen having been rising strongly against the dollar this year so far.

Bearing in mind that a lower rate quoted in the foreign exchange markets means a weak dollar and strong yen, the yen has risen from 121 to the dollar to 105.6 last Tuesday since 30th January, an increase of over 10%. Therefore, a technical correction for the dollar is due, which can be expected to put some pressure on the gold price.

Gold’s stand-out feature this week was the record expansion of Open Interest on Comex, shown in the next chart.

On the six trading days from the previous Wednesday to last Wednesday, open interest jumped 70,338 contracts. This represents 7,033,800 ounces, 218.77 tonnes, or about $9bn in paper money. Over the same time-scale gold jumped from $1240 to test $1300. This tells us that paper supply of $9bn were not sufficient to absorb buying demand without a $60 rise in the price.

Having risen $250 from $1048 last December, one would have expected sales of that quantity to drive the price back towards $1200 at least. The market is very overbought technically, mirroring the dollar’s oversold condition described above, and consequently equally vulnerable to near-term profit-taking. And indeed, the OI chart shows that the final increase in open interest appears to have taken the top off the gold price.

Yesterday, there appeared to be a few attempts by traders to drive the gold price lower, culminating in a dip to $1269 at about 18.30hrs London time, when Europe and the East were effectively out of the market. It didn’t last long, and within a few hours the price recovered to $1278. To see buyers on the dip in such a technically overbought market is unexpected. This morning in early European trade, gold opened steady.

So much for Comex. The problem with analysing demand for gold is not only having to take into account the split between paper and the real stuff, but Comex is a fraction of the market. The hidden over-the-counter market is simply enormous, and only this week, the Bank for International Settlements released the year-end numbers for 2015. OTC gold derivatives totalled $286bn, or 269,811,321 ounces, or 8,392 tonnes, or nearly forty times larger than Comex. To the BIS figure should be added a further $109bn of gold options. These figures are an increase on the previous half-year.

Given the relatively small amount of deliverable gold in the market at any one time, the gold price has the potential to be extremely volatile with this level of off-market speculation hanging over it. On balance, the financial system tends to be on the short side of gold derivatives as initiating grantors, partially covering through forward delivery contracts from the mines and out-of-the-money options. But to these totals must be added the unallocated accounts in the bullion banking system, representing further short positions. The buy side is generally comprised of refiners and processors, as well as investment funds. This gives the current and generally unexpected resumption of a bull trend for precious metals an added piquancy.

The news seems to be going gold’s way, with a growing realisation even in official circles that the normal economic levers are failing to elicit a response. The wider public is slowly waking up to the horrors of negative interest rates, and that escape routes from this pernicious savings tax are likely to be closed. Only this week, the ECB announced the end of the €500 note, which will no longer be issued after 2018. Negative interest rates and withdrawal of high-denomination bank notes will almost certainly increase demand for physical gold.

Finally, lest the reader thinks it’s time to take profits, I offer the last chart, which is technically encouraging. 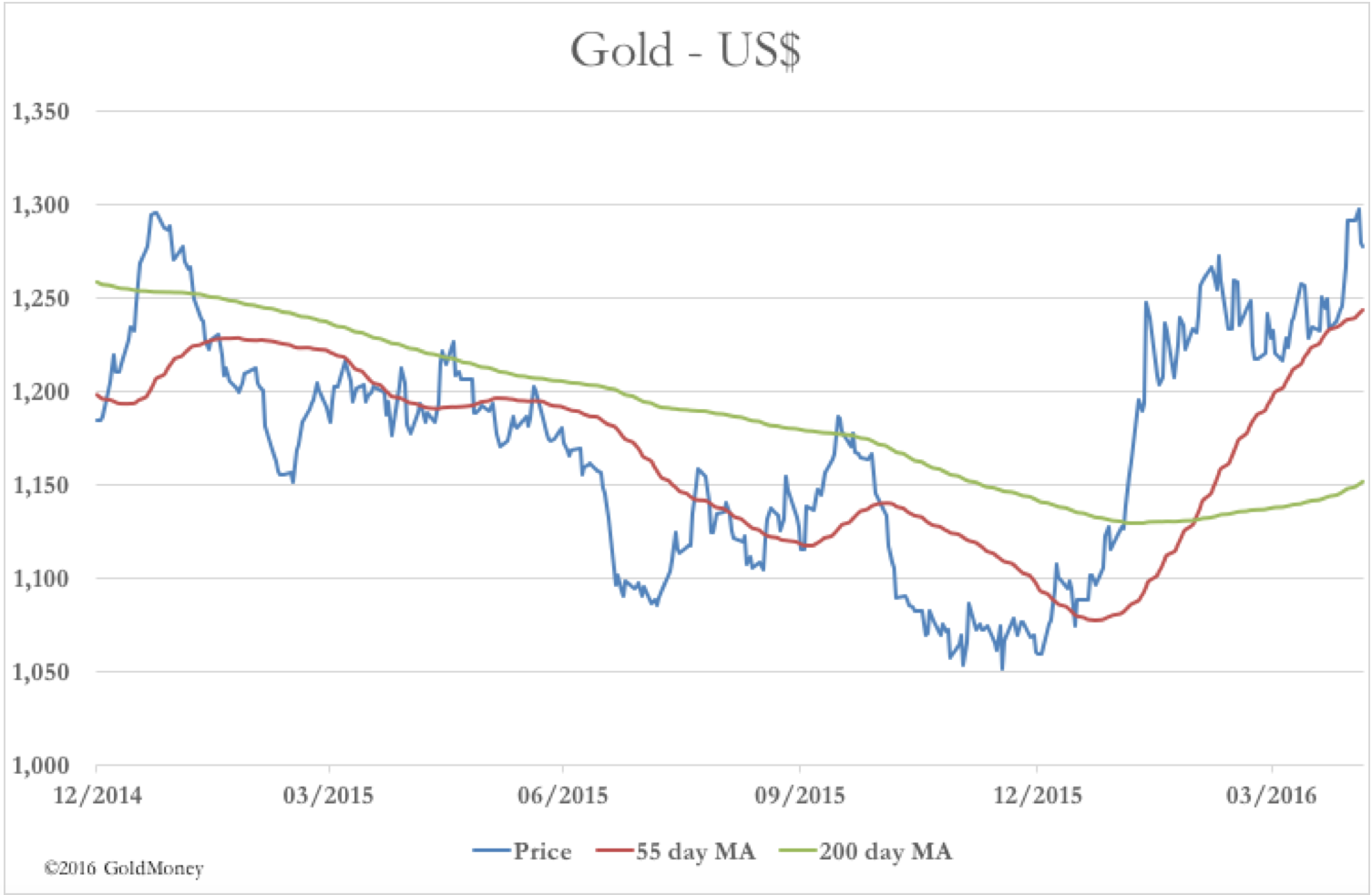