The first half of the week saw gold and silver consolidate recent gains, which given the sharp rise since early December was only to be expected. However, the upward trend resumed from Wednesday. Gold on the week gained $11 by early European trade this morning, to $1330, and silver is down slightly, by 8 cents to $17.11. Since the 11 December bottom, gold has gained over $90 or 7%, and silver $1.50 or 9%. Not bad for a month’s rise. 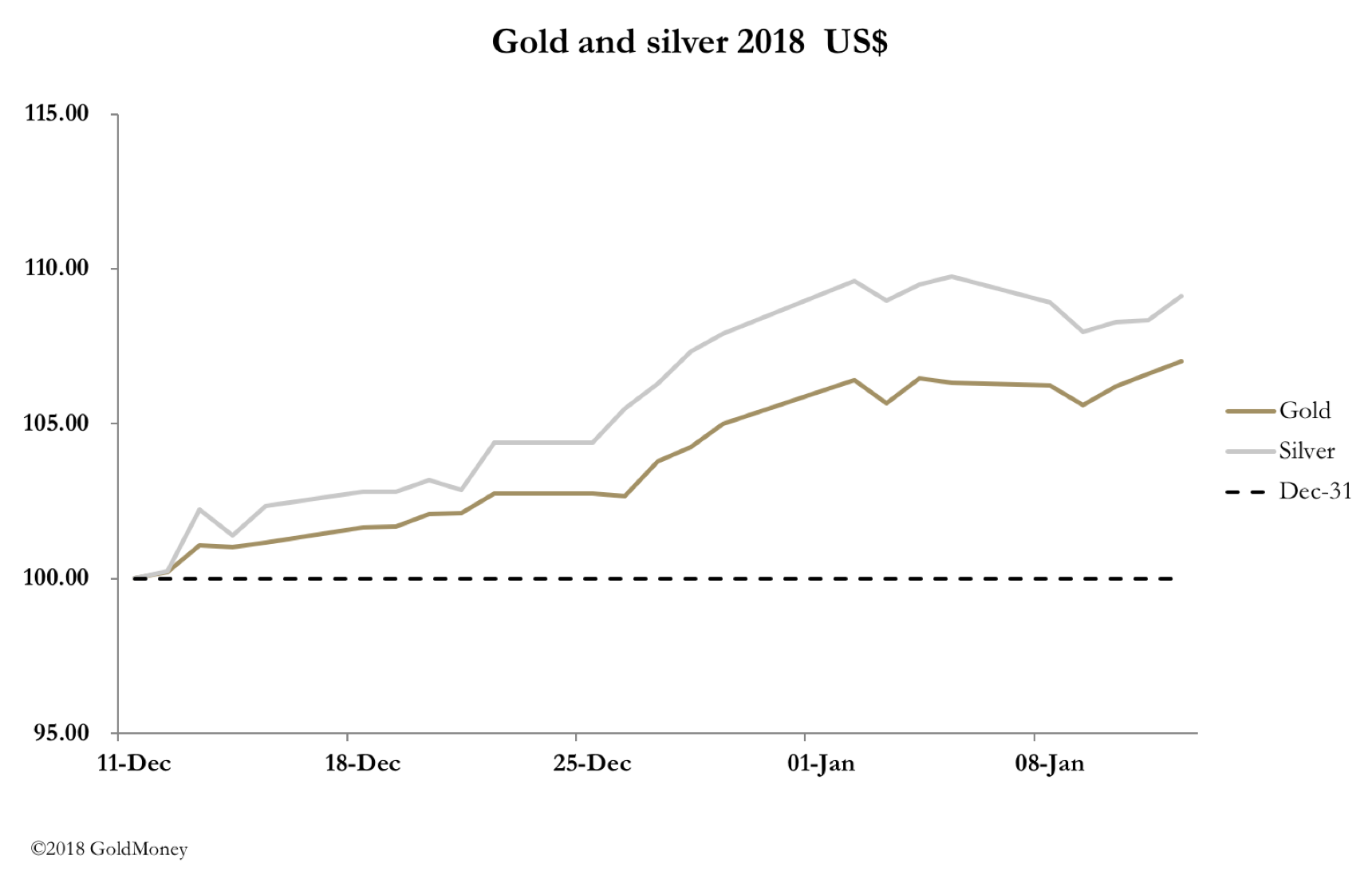 In theory, we should expect gold and silver to do some more consolidation at these levels, to provide a platform for the next rise. The technical situation is shown by our second chart. 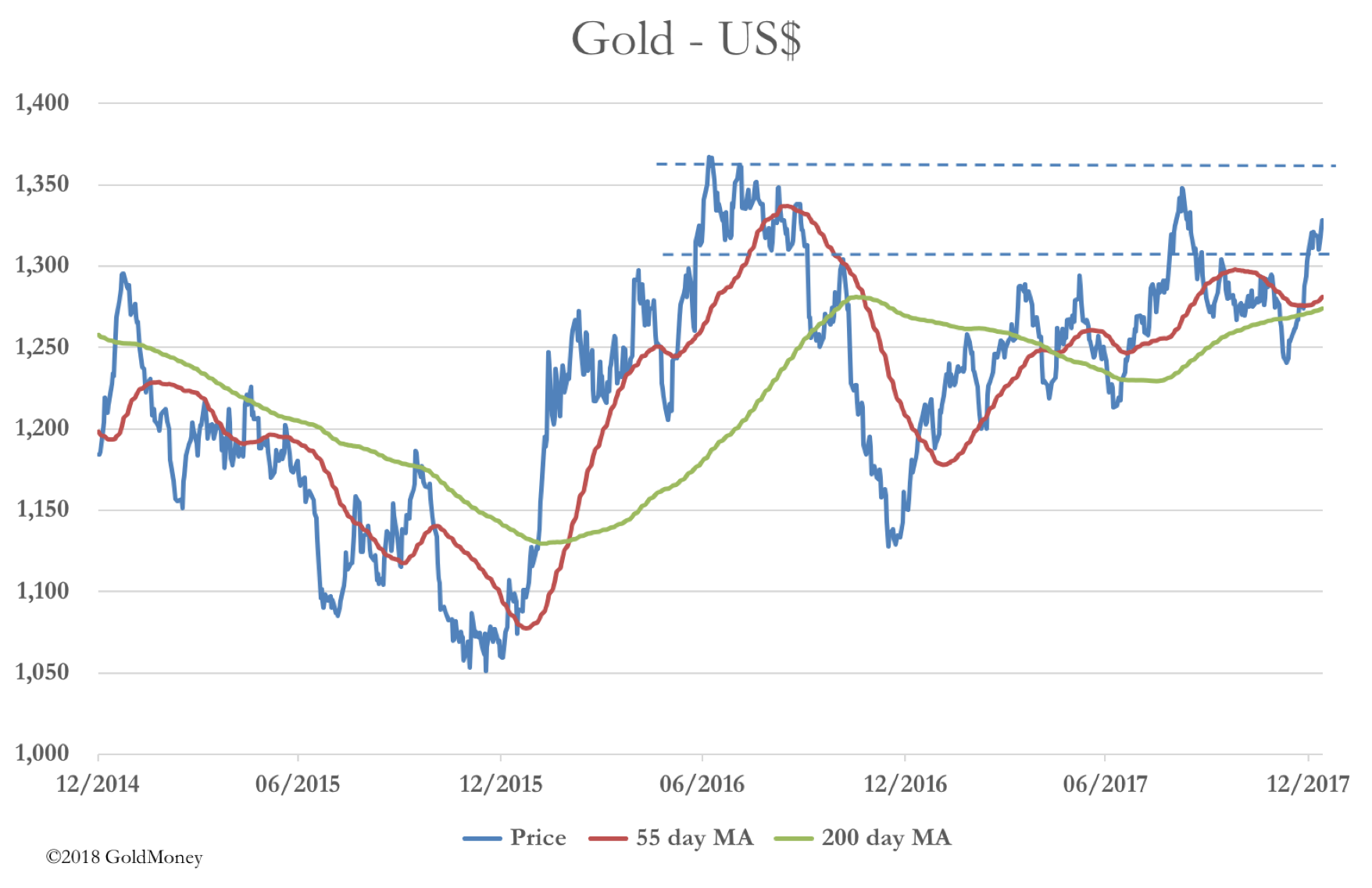 The area bounded by the dotted lines is where we can expect supply, which can be expected to persist up to $1360. The theory goes that bulls sucked in at the previous peak in early-September have seen their subsequent losses eliminated. They will have suffered from the error of their earlier bullishness, and will therefore tend, on the margin, to lighten their positions. We then go back to the June-October 2016 peaks, and assume the same thing. Furthermore, because we expect selling to materialise at these levels, those of us fortunate enough to have bought in the last month are likely to think the sellers are there even if they are not, so we would probably take some profits ourselves.

The problem with this analysis is that it applies conventionally to stock prices, whereas the dollar gold price is driven by Comex futures. Speculators hold positions in the active month, so what happened last September, or in 2016, is no longer as relevant. Instead, we need to judge how overbought the futures market has become, to assess the risk of a pull-back against the potential for the price to rise further. The next chart of gold’s open interest on Comex gives us an overbought/oversold framework. 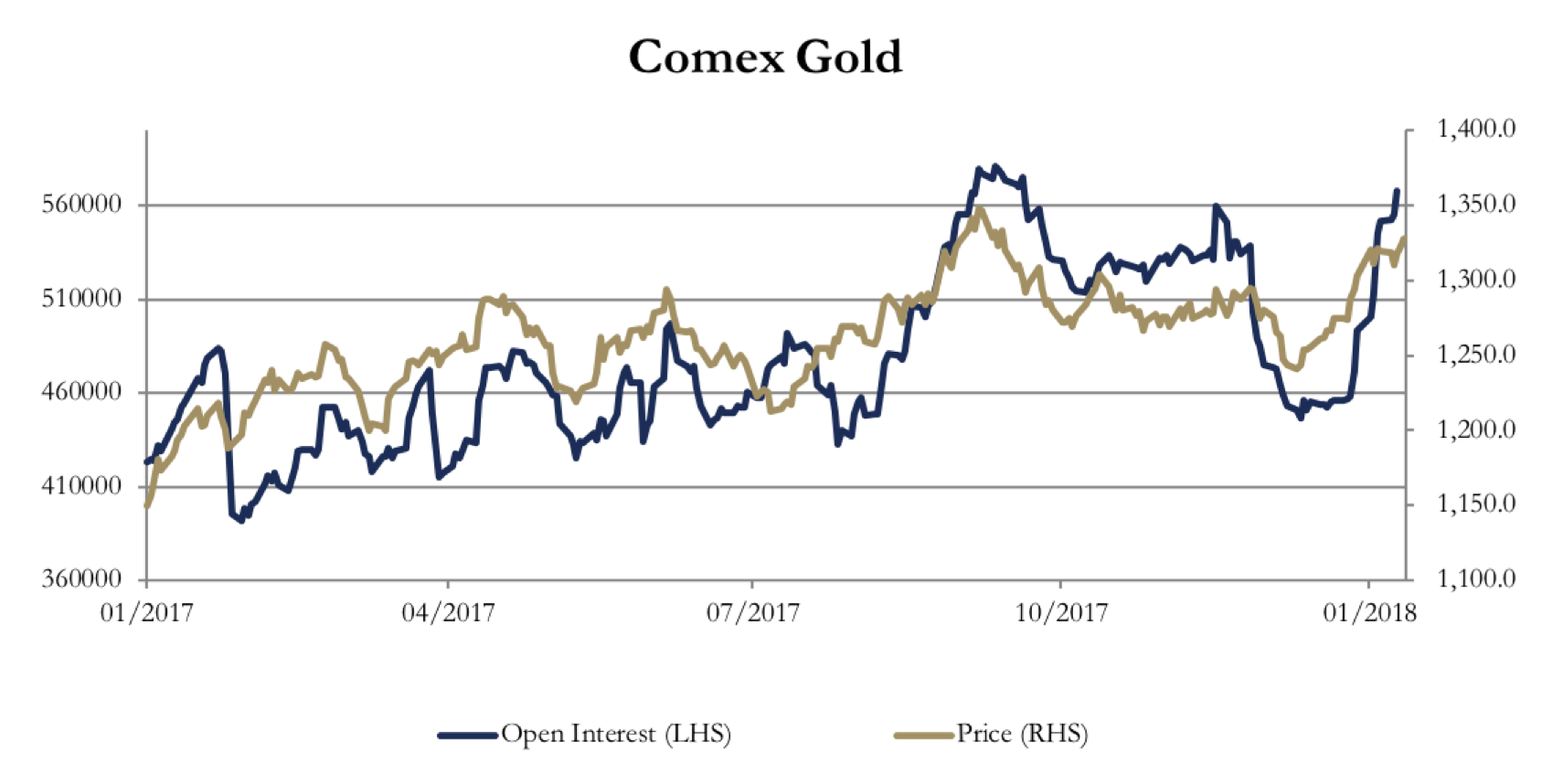 We can see that open interest has shot up to the highs seen last September. Open interest can go higher, the all-time high being 657,776 contracts, about 90,000 more than today. But we are certainly in dangerous territory, where the bullion banks try to bash prices and take out the speculators’ stops.

With that note of caution, we should turn our attention to the prospects for the dollar. The next chart shows how the dollar declined last year, recovered a little, then resumed a downwards bias. 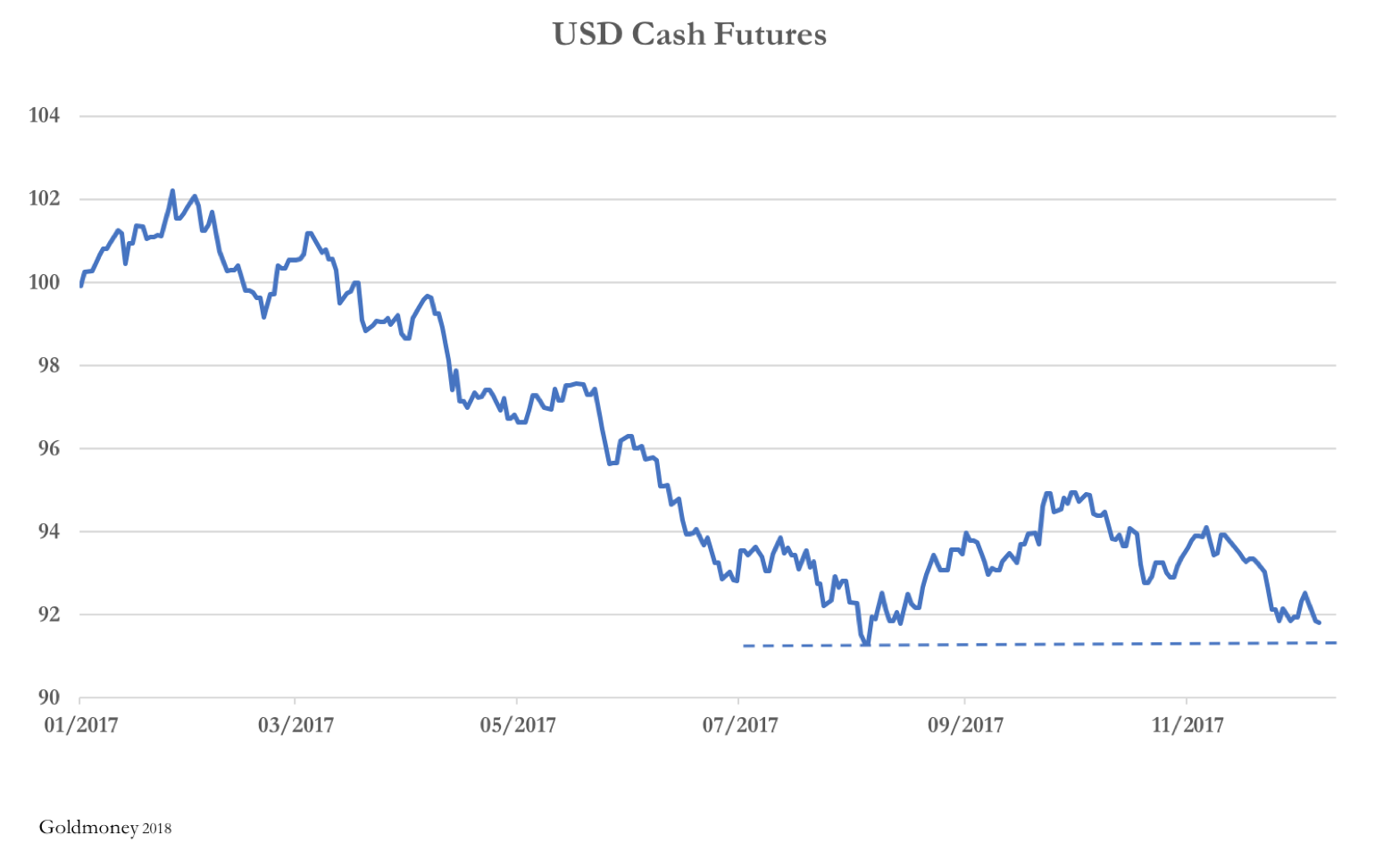 The dollar hit its low at the same time as gold made its high last September. It is now challenging that low again, which was at 91.33, shown by the dotted line. If it breaches that level on the downside, then the dollar’s bear market resumes. This morning it stands at 91.51.

The world, outside America, is awash with dollars, and President Trump’s antics are hardly encouraging full faith and credit in the currency. It seems likely that it is only a matter of time before the dollar resumes its downward trend, in which case gold’s consolidation period will be short, and prices above the supply level of $1350 beckon.