It went up and it went down, Gold rode the rollercoaster this week and at GoldMoney, customers were selling.

Kelly-Ann Kearsey, Dealing Manager at GoldMoney said, 'It was all about the sell this week. We've seen most of the gold coming out of our Swiss and UK vaults, but unusually there was even some selling out of Singapore. Despite silver being the worst performer of the week, it was gold that saw the most activity among our customers in what was a busier week than expected amid the Easter holiday. This could have been because people were selling ahead of the Federal Open Market Committee (FOMC) meeting announcement, or because we've seen gold prices reach their highest point since February and so some profit taking has taken place.' 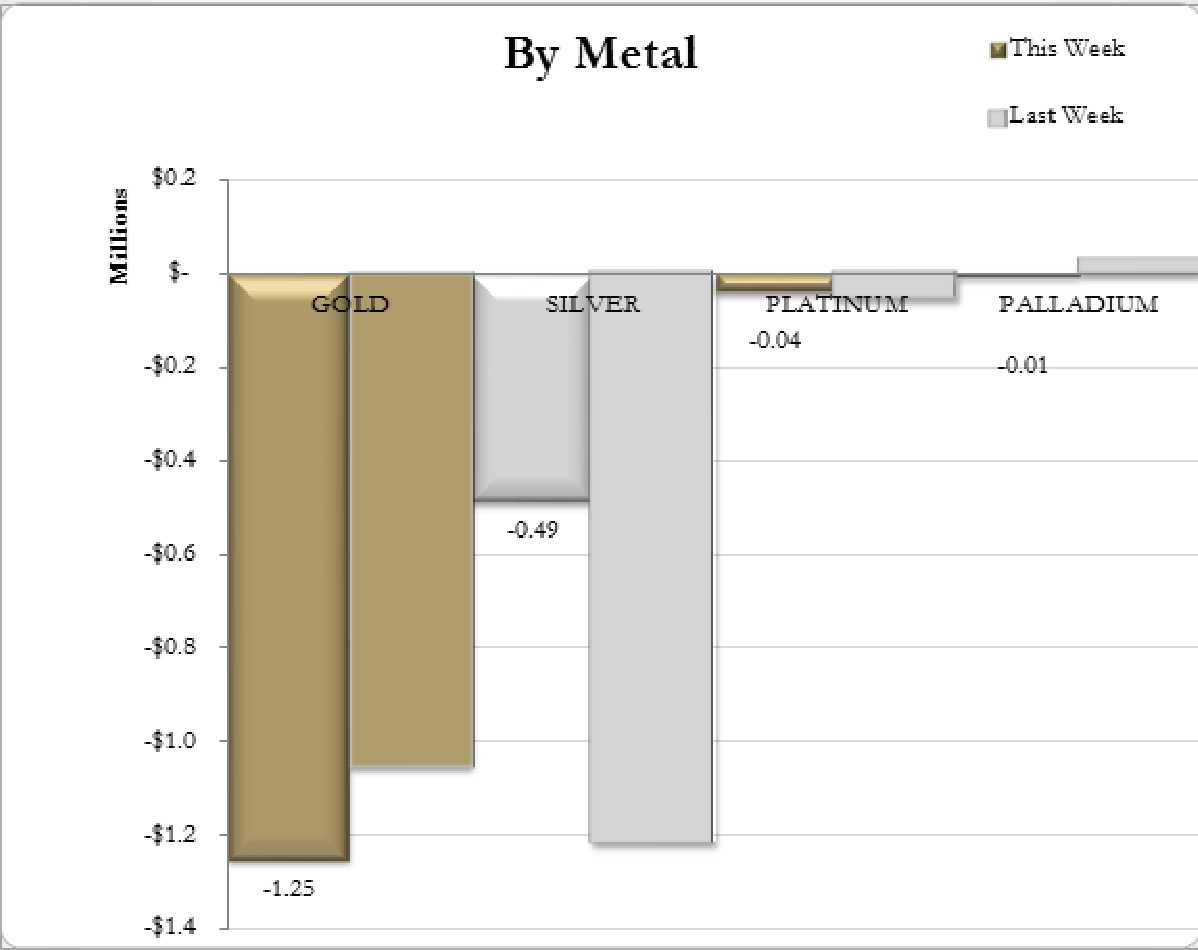 All about the 'US Data'
The gold price remains transfixed on US data and the state of the US economy says Kelly-Ann, 'The markets are lurching from one set of US data to another desperate for some direction. Gold rose on the disappointing US employment data last week, but the March FOMC meeting minutes intimated that although there is still some vagueness as to when the Federal Reserve might raise interest rates, there were several officials pushing for a June rise which gave the dollar some support. We could see some renewed support for gold from the continuing economic situation in Greece and the threat of an exit from the Euro, so that's still a situation to be watched.

What next?
'Monday in particular will be a busy day for figures from the US and China' says Kelly-Ann, 'so we're expecting next week to be another where the market focuses on data for any signs that the US economy is still progressing and not slipping backwards.'