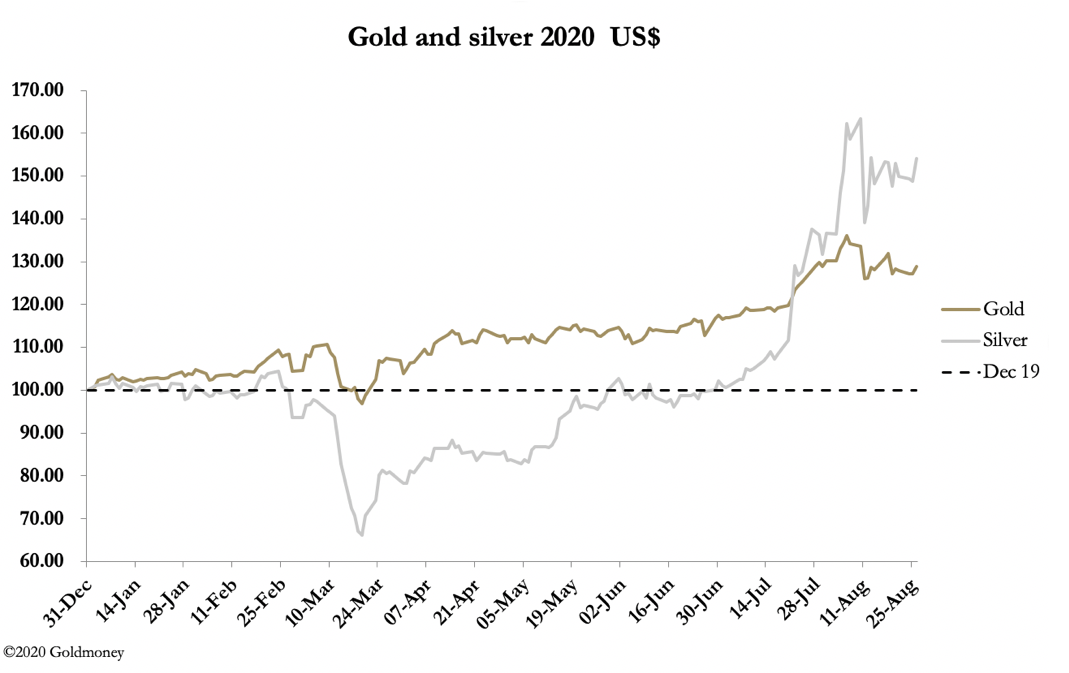 This week gold and silver continued to consolidate bull market gains. In morning trade in Europe gold traded at $1958, up $17 on the week and on the same timescale silver rose 88 cents to trade at $27.58.

The screenshot below shows that gold has adhered to a definite uptrend since the March low. 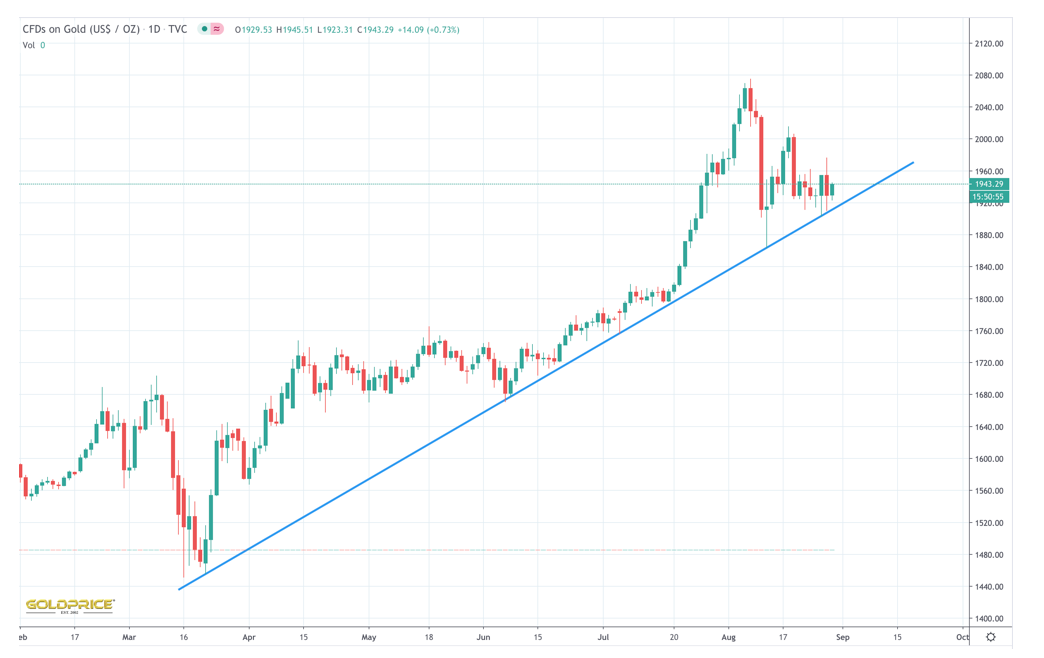 Every time the line has been tested — often by an intraday low — the price has rebounded. The most recent tests were on Wednesday and Thursday, both failing to penetrate below the trendline. It would therefore appear that the gold price will go higher in the coming days.

The situation on Comex is little changed, with the bullion banks finding it difficult to close their short positions. This is illustrated in the table below, which is derived from the most recent Commitment of Traders report, dated 18 August, and its differences from the report of 11 August.

Note how the Swaps, which are the bullion bank trading desks, increased their net short position by a further 2,095 contracts to 176,779. On that day gold closed at $2002, so the net short position was $35.4bn and the gross short (259,342 contracts) was $51.9bn, despite a fall in open interest of 9,335 contracts. And there are 27 traders in this category who are short. Furthermore, the Managed Money category (hedge funds) is less net long than the long-term average position, reducing their net longs by 2,254 contracts.

The scramble for physical liquidity was evidenced this week by Comex adding 162 gold bar brands to the good delivery list and 105 to the silver list (hat-tip to Ronan Manly of Bullionstar). Clearly, Comex expects the shortage of bullion to continue to be problematic. And we have already identified that there is no physical liquidity available in London.

Silver has the same problem in London but made up differently from gold. The big depositor is the SLV ETF with over 571 million ounces in trust, almost half of all the LBMA’s vaulted stock, the remainder held predominantly by industrial users and then by investors. Mine supply has been badly affected by Covid-19, and some Swiss refineries have switched their activities exclusively to gold in what appears to be an attempt by the LBMA to address that liquidity supply crisis.

Disrupted silver supplies and the SLV ETF adding to its bullion stocks — 73 million ounces since end-June — explains the strength in the price.

The bullion banks have managed to keep a level silver book on Comex so far, as our next chart, again dated 18 August, of the swaps’ net short position shows.

At net short only 3,736 contracts their position in silver stands in sharp contrast to that of gold.

Yesterday, Jerome Powell delivered his Jackson Hole speech, giving the Fed more latitude in inflation targeting relative to the other mandated objective of maintaining employment. It amounts to a reaffirmation that the Fed will use the expansion of the quantity of money as its principal policy tool, a policy which threatens to weaken the dollar and worsen the situation for bullion banks short of gold contracts.

Our last chart shows what is happening to M1 money supply, and explains why gold is likely go far higher, measured in US dollars. 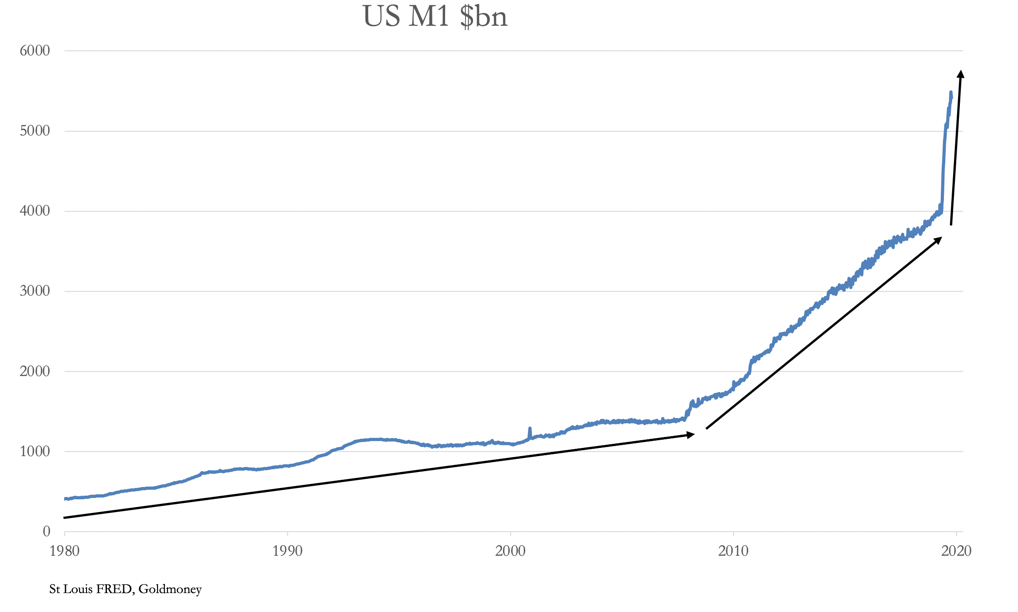