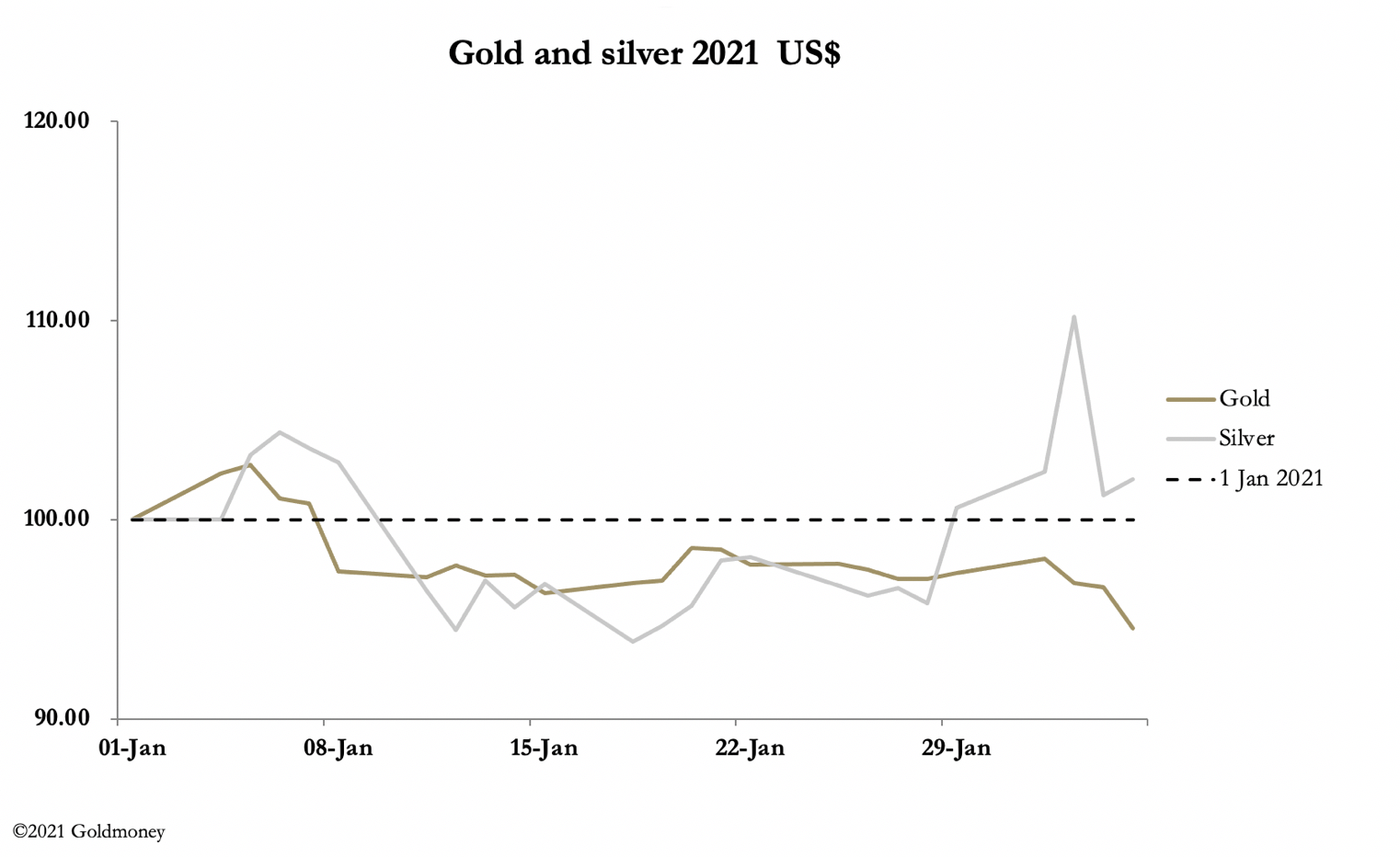 Gold and silver fell this week in exceptionally volatile conditions for silver. Following the small investor’s rebellious attempt to take out the silver establishment, the silver price rose to over $30 on Sunday evening EST, before being nailed back to below $27. Gold fell $53 from last Friday’s close to trade at $1807 in late-morning European trade, and silver ended down a net 20 cents  at $26.63 on the same timescale.

One of the mysteries highlighted by this action was the ability of the custodian of the SLV ETF to take in massive quantities of physical silver bought by the Robinhood crowd and its epigones. There is both the lack of available silver in the vaults and the logistics of reallocating thousands of tonnes in standard 1,000 ounce bars and checking their weights. Surely, it would take weeks to complete. And despite the hit to the silver price there are very few deliverable silver coins and small bars to the public, and premiums for what is available have risen to about 50%.

The dislocation in precious metal markets comes from the bullion bank establishment’s desperate attempts to regain control over prices. There are similarities with the position in January 2020, when gold’s open interest on Comex soared to nearly 800,000 contracts, leaving the Swap category (comprised of bullion bank trading desks) net short of Comex gold contracts valued at $36bn. Despite closing down open interest to below 470,000, the subsequent rise in the gold price rendered their attempts useless, as illustrated in the following chart. 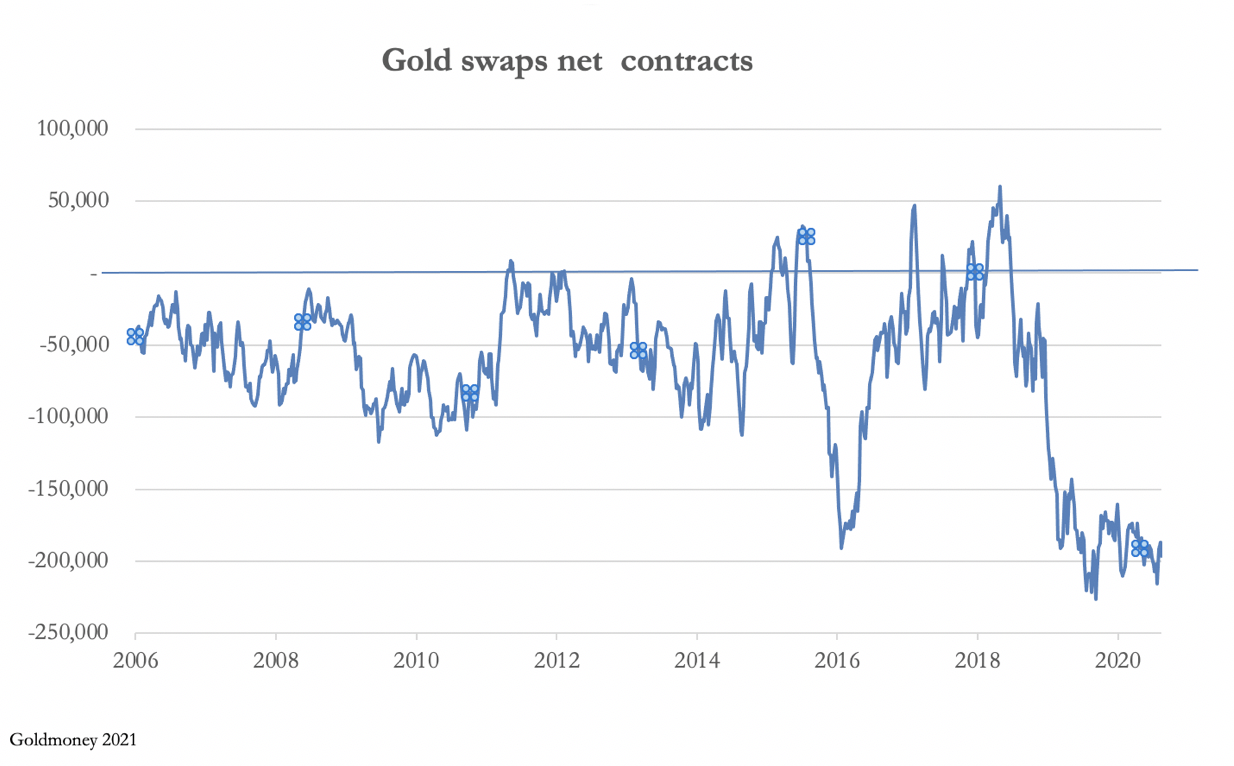 Despite the attack on the gold price in January to March 2020 the bullion banks are still close to record short. In terms of money, the value of the Swap’s net shorts has fallen from $37bn to about $34bn. And when the Robinhood/Reddit crowd piled into silver, the reaction was bound to be one of desperation. The next chart shows the Swaps financial position. 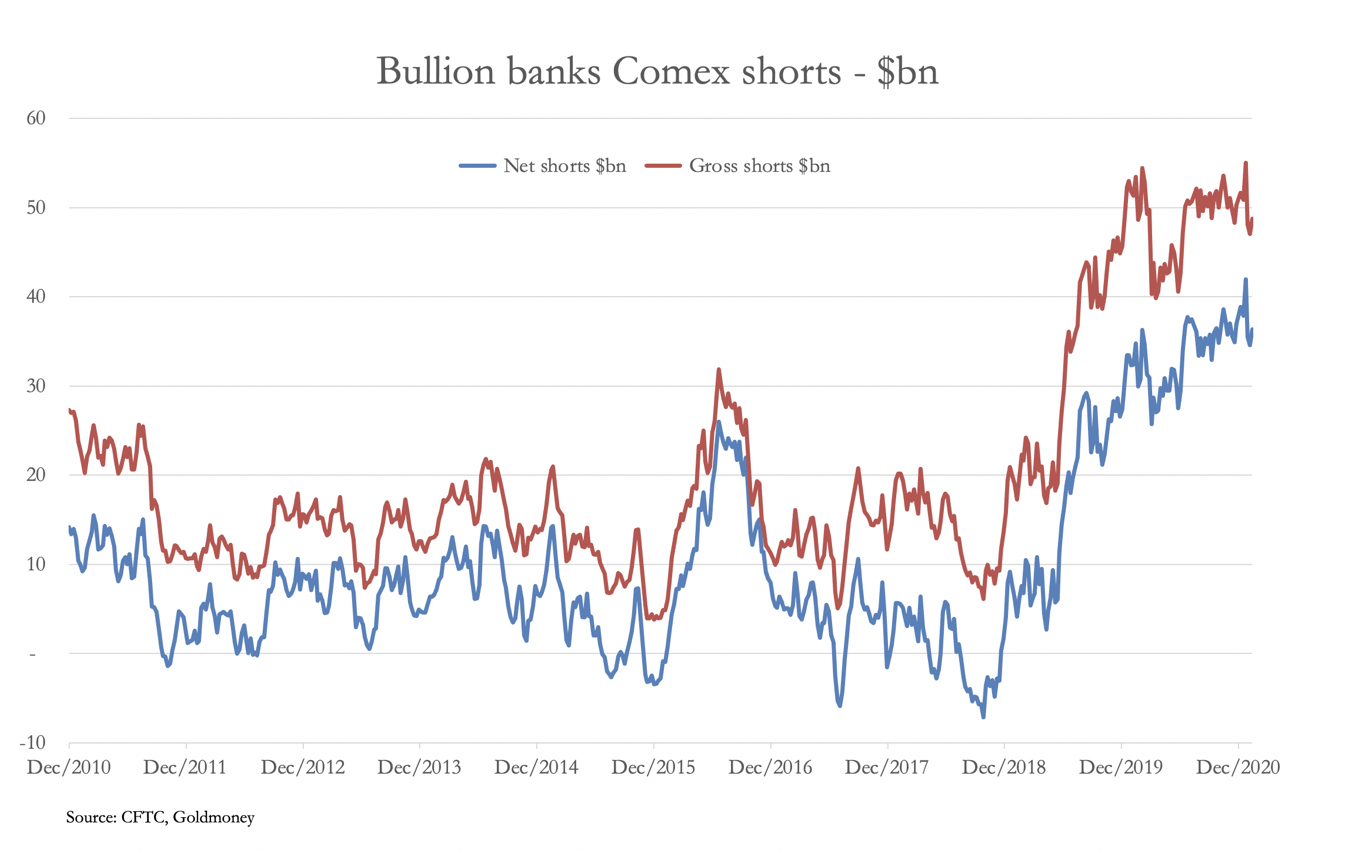 Despite this week’s attempt to divorce paper from physical reality, the fact of the matter is that the Swaps are trapped at a time of accelerating monetary inflation. There can only be one outcome, and that is the bullion establishment will eventually lose control of pricing to market reality.

With the suppression of paper relative to physical, it is no surprise that Comex longs are standing for delivery. Including last Friday 69.95 tonnes of gold have been delivered from the Comex gold contract by yesterday, and 235.14 tonnes of silver. With shortages in London, standing for delivery on Comex is the only way to get gold and silver in quantity.

We await tonight’s commitment of traders’ figures, as of Tuesday’s close with considerable interest. We can be sure that the bullion banks have attacked the Managed Money longs. With a fall in open interest of about 14,000 from the previous Tuesday and assuming little change in the Producers’ position, they will have had some success. But the real story appears to be in the Other Reported category which is standing for delivery. Will they have continued to build their Comex position? This is illustrated in our last chart. 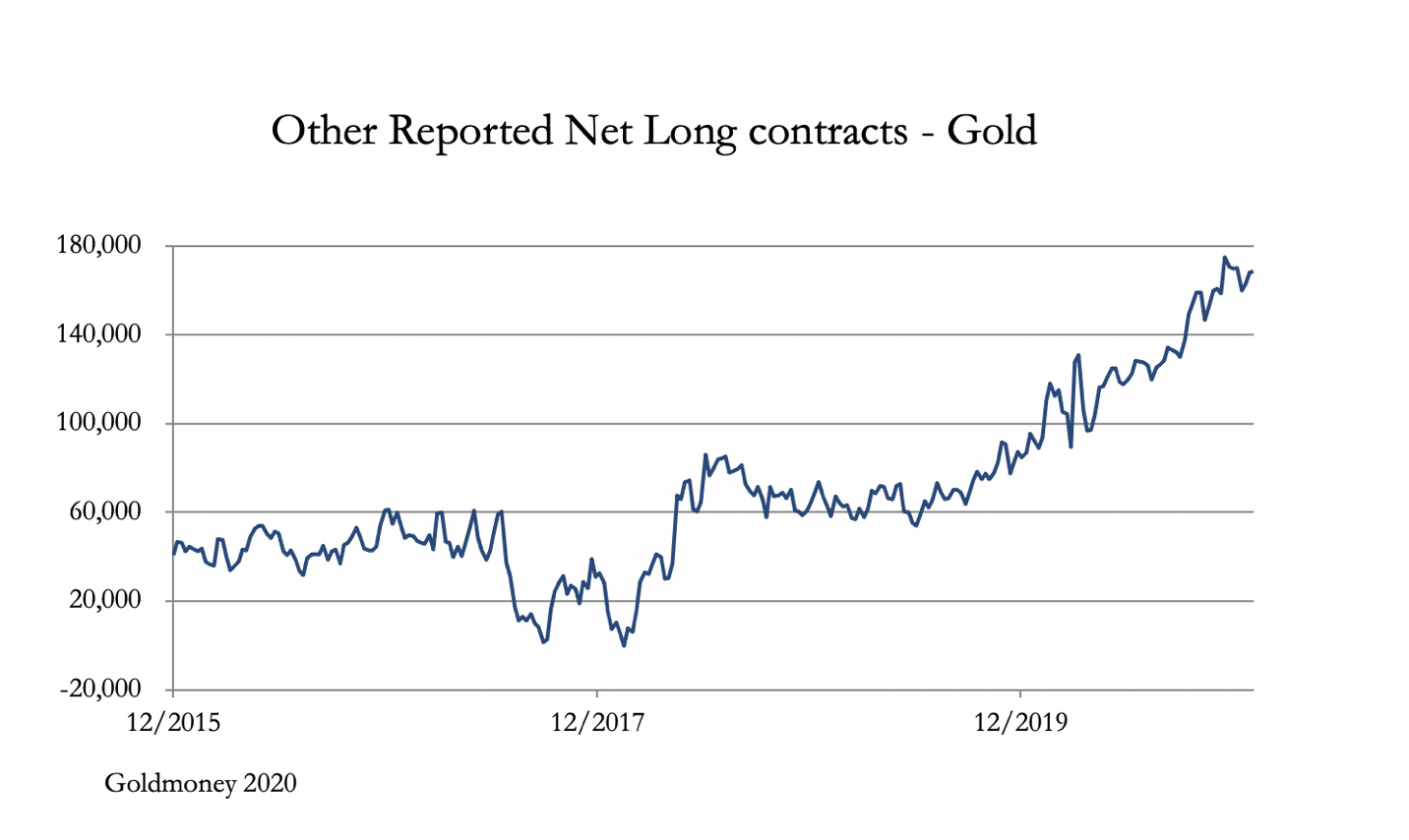