Market Report: Gold and silver may be due for a pause

This week, gold and silver continued their rise from the 11 December low, and are now up 9.3% and 11.6% respectively. 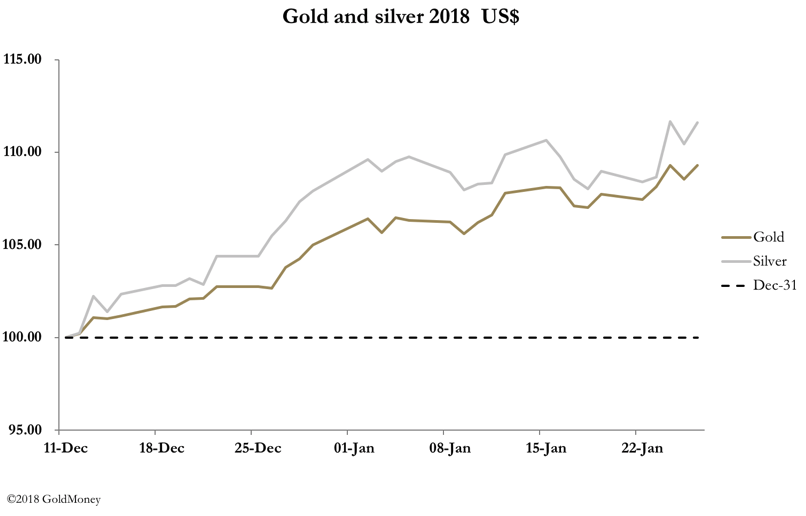 The reason for mentioning gold’s annual average gain is to put gold’s remarkable performance in context. Though it started out from an extremely oversold base, gold is now very overbought on Comex, and has risen by nearly $120 in the process. As foreshadowed in previous market reports, this has been mostly a dollar weakness phenomenon, rather than strength in gold, with traders shorting the dollar by buying gold, along with a raft of other currencies and commodities.

Gold’s performance in other currencies has been much less spectacular as a result, which is shown in our next chart. 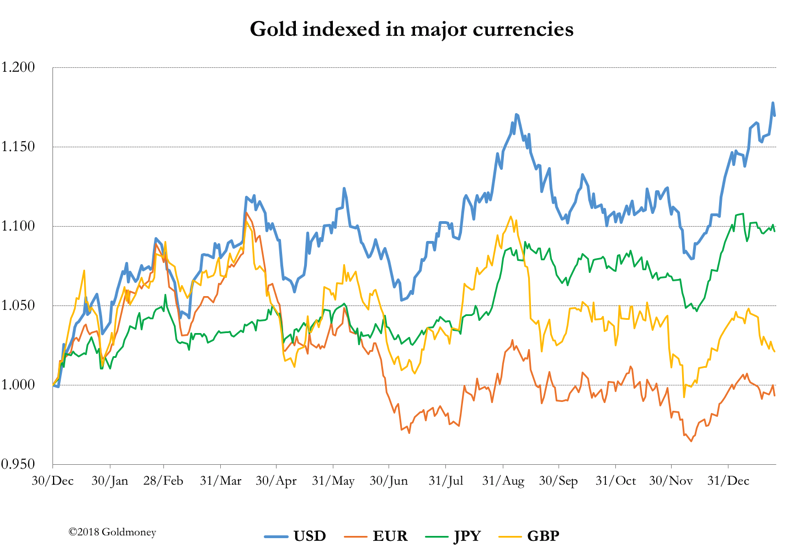 Taken from the start of 2017, the dollar price is up 17%, while at the other extreme, in euros it is down 0.7%. Even the sterling price is only up 2.1%. The euro price is important, because it means German buyers of physical can still accumulate gold at attractive prices, even though dollar players on Comex see paper gold as very overbought.

The next chart is of the dollar’s trade weighted index futures contract. 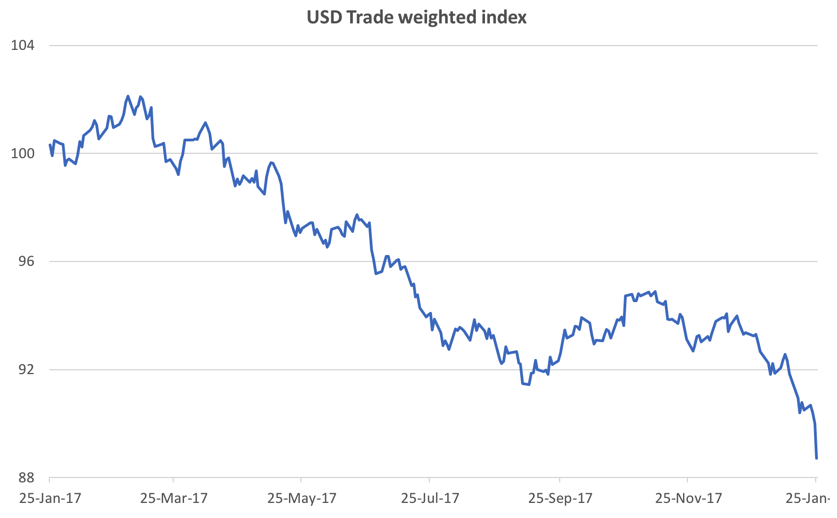 The breach of the September low confirms the dollar’s bear market is continuing. The recent downgrading of the US economy by Dagong, the Chinese credit agency, to BBB+ may have been responsible in large measure for the dollar’s sharp slide, because it signals a lack of enthusiasm for China accumulating yet more US Government debt. Unfortunately, President Trump’s tax cuts are increasing debt issuance, just as China, Japan and all the other major buyers are likely to back off on a mixture of credit and currency concerns.

Portfolio flows over the rest of the year therefore seem almost certain to lead to a lower dollar and higher bond yields for US Treasuries. This can be expected to undermine US equities as well, and it is noticeable that while the Dow Jones Industrial Index is making new highs, the Transport Index is down 3.3% since 16 January. According to the original Dow theory, this divergence signals the onset of a bear market in industrials.

There can be little doubt that threats to stocks, and therefore the visible manifestation of US financial wealth, are mounting, and the scene is being set for a potentially dramatic fall in stock prices. That said, we must not forget that the dollar is very oversold and likely to see a technical rally. If this occurs (and it is by no means certain) the dollar could rally back to test the lows of last September, along with US bond prices. And while there may not be much change in gold prices in euros, sterling and yen, gold could easily fall back to test the $1300-1310 level, shown by the lower of the two dotted lines in our last chart. 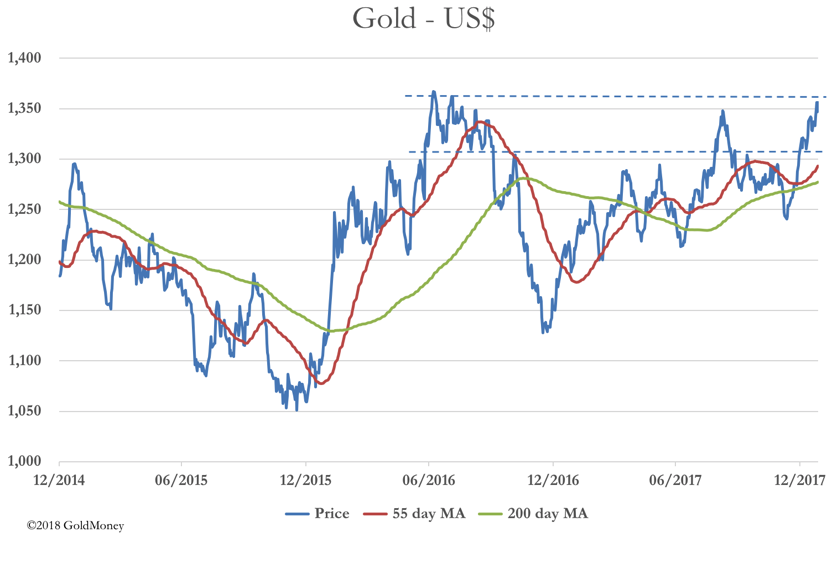