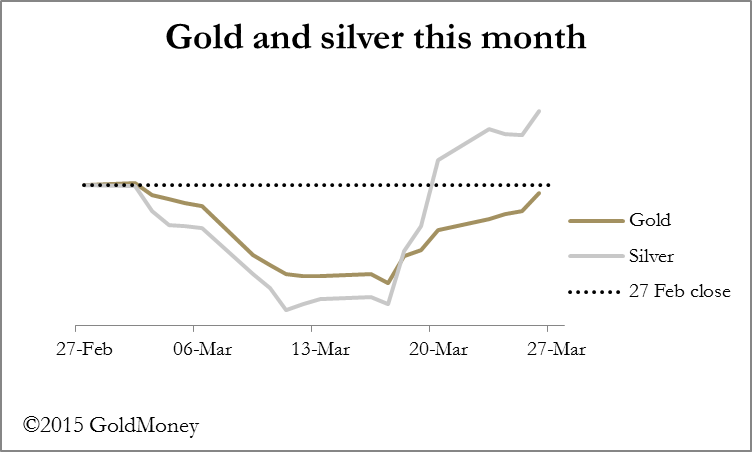 The Commodity Futures trading Commission's (CFTC) Commitment of Traders Report released last Friday conveniently shows the positions of trading categories the night before the FOMC minutes were released. In gold, the Managed Money category sold down their positions to the lowest net long position since December 2013. This is shown in the chart below, with the dotted line representing the average net long position since 2006. 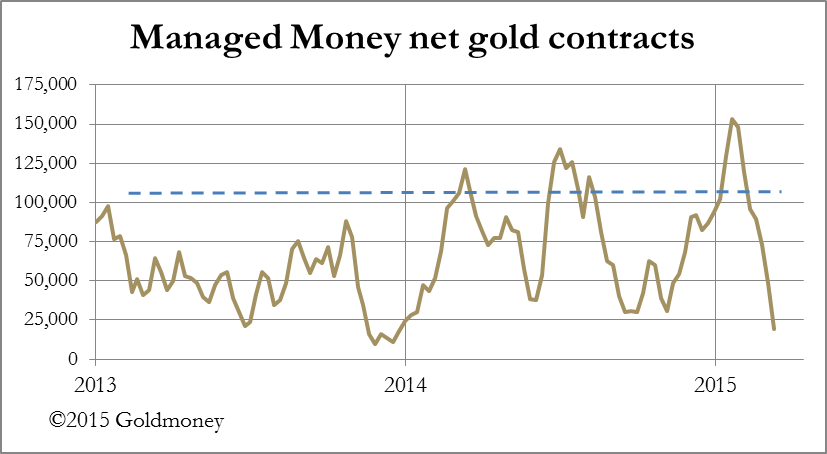 This represents a dramatic turnaround in positions, and it has permitted the Swaps (mostly bullion banks) category to reduce its net short position substantially, shown in the next chart. 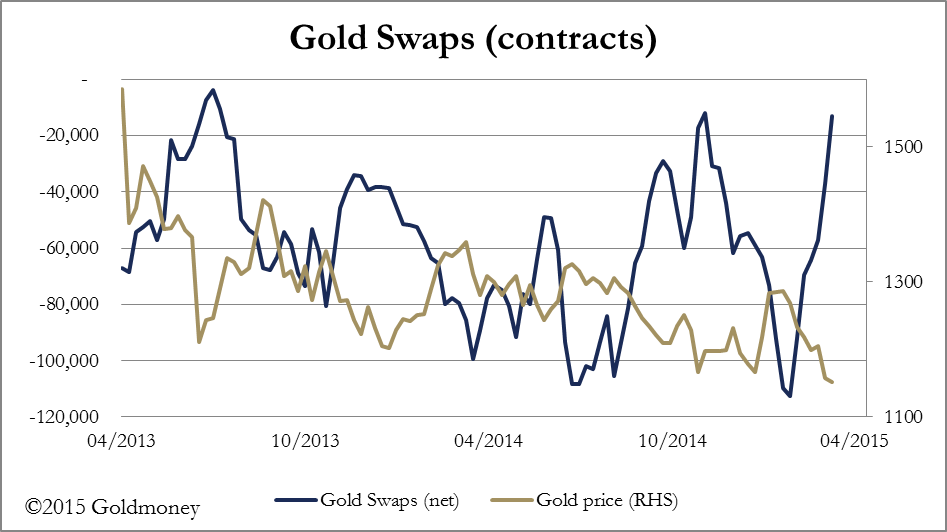 This confirms that the Managed Money category, consisting mostly of hedge funds, was badly wrong-footed ahead of the FOMC release, being very short indeed. In other words, there has been a significant bear squeeze subsequently which has driven the gold price sharply higher.

A simple bear squeeze should be accompanied by a decline in Open Interest, because a bear squeeze forces wrong-footed traders to close their loss-making positions. However, Open Interest has been increasing, which it turns out is entirely due to an increase in spreads1. Since Wednesday, Open Interest has declined sharply, which suggests that spread positions have been closed as the April contract runs off the board. This is shown in the next chart. 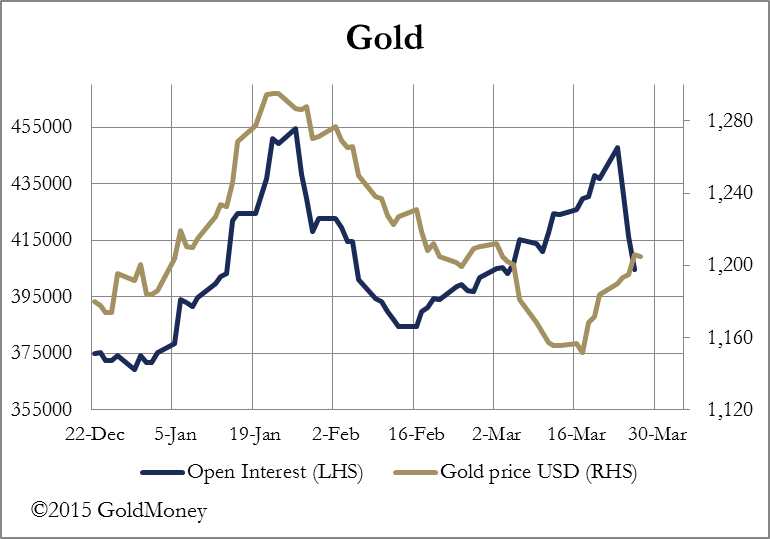 The presence of spreads, which are neither bullish nor bearish, negates the hope that the recent increase in Open Interest is due to genuine demand. Instead, we must conclude that dollar weakness after a period of significant strength has much to do with the rise. Oil prices have rallied strongly as well, having been oversold, confirming that markets so far appear to be only correcting the moves of the last eight weeks.

However, there are fundamental reasons for a more bullish stance for gold, not least the dawning realisation that the FOMC minutes from last week effectively put off interest rate increases indefinitely. Whatever else is a threat to the world's financial credibility, and you could make a very long list of those, the Fed's admission that for the foreseeable future there is no exit from continuing monetary inflation fully justifies a more positive trend for precious metal prices.

The Shanghai Gold Exchange delivered 53.47 tonnes into public hands last week, making a total of 561 tonnes so far this year, a slight increase on last year.