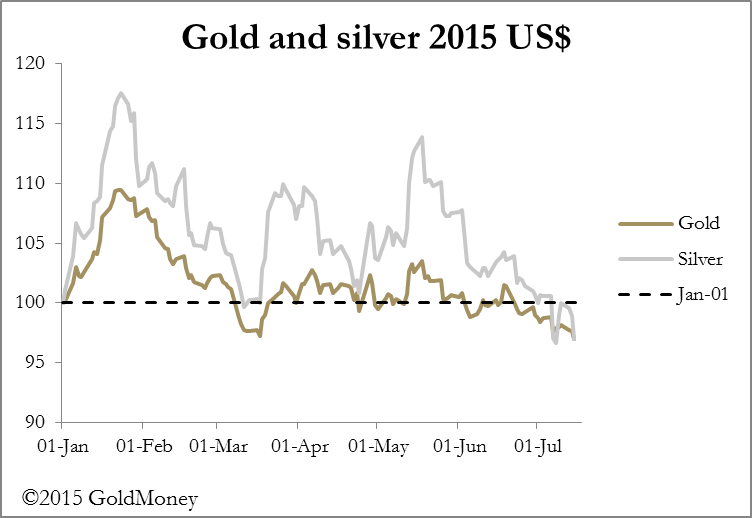 Gold and silver continued to drift lower over the course of the week, with gold trading at $1,145 and silver at $15.02 in early European trade this morning.

This is close to the lowest prices we have seen since 2010. At the same time equities have rallied strongly and the S&P 500 Index is within a whisker of its all-time high.

It is a crazy world. On the New York Stock Exchange margin debt has hit all-time records at $500bn, roughly double that at the top of the dot-com bubble in 2000 when valuations rose to the highest ever recorded. This is at a time when China's stock markets have begun at the very least a serious bear market; at worst embarking on a 1929-style market crash.

Contrast this irrational exuberance with the situation in the gold market: the hedge funds have never been so bearish, with hedge fund (managed money) gold shorts on Comex at all-time records, shown in the chart below (the dotted line is the long-term average). 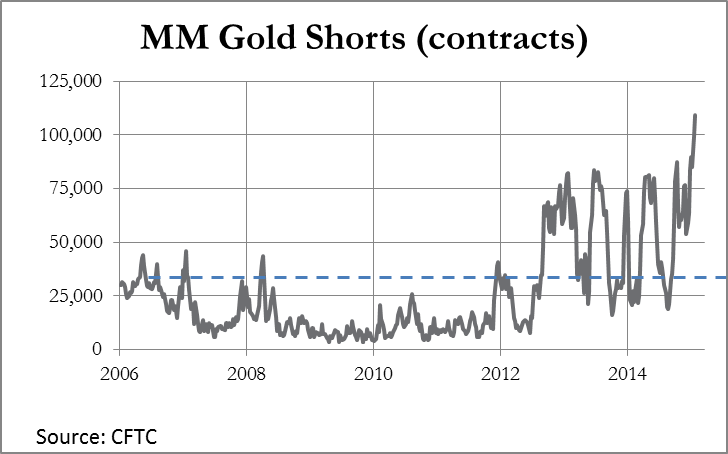 Even the balance of longs and shorts, the net position, has fallen to 2,099 contracts, the lowest recorded. 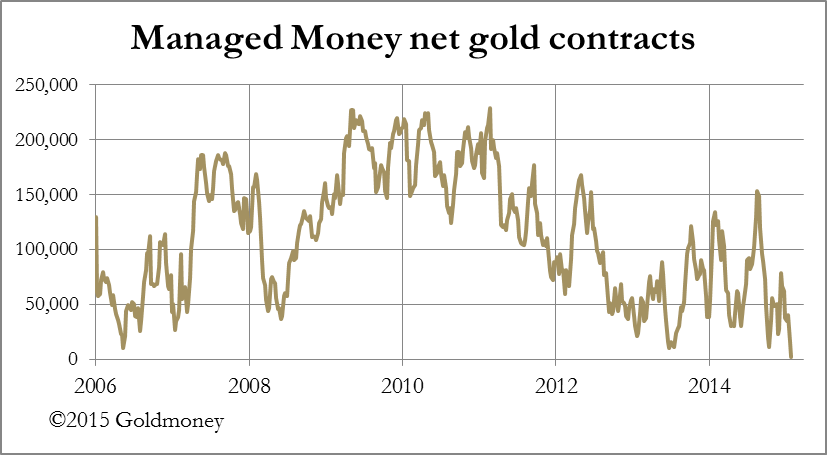 These are the positions revealed by the Commitment of Traders (COT) report for Tuesday 7 July. Since then gold's open interest has jumped sharply on a falling gold price, which can only happen if yet more shorts have been opened. Open interest is shown in our next chart. 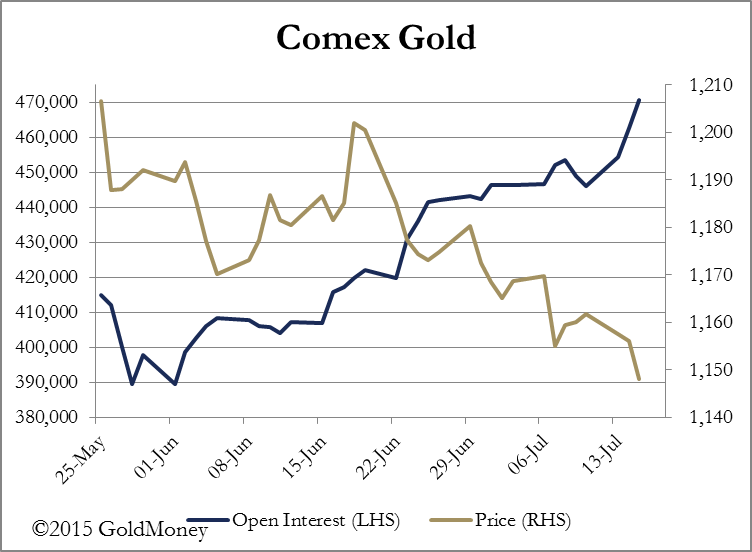 Open interest has increased by 18,575 contracts since the last COT report, and assuming these contracts represent hedge funds selling yet more shorts in the wake of Greece's agreement to new negotiations, not only will the hedge fund shorts have rocketed to an unprecedented 120,000 contracts (373.24 tonnes equivalent) but for the first time ever they will be net short.

The situation in silver on 7 July was even more bizarre, with short contracts for managed money at 56,859 contracts, which at 5,000 ounces each represents one third of annual mine production. The only redeeming factor is that open interest has decreased by about 9,000 contracts since Tuesday 7th July. We have no way of knowing ahead of tonight's COT figures whether on balance managed money longs or shorts are capitulating; but if gold is any guide it could be longs. The next chart shows the last known position. 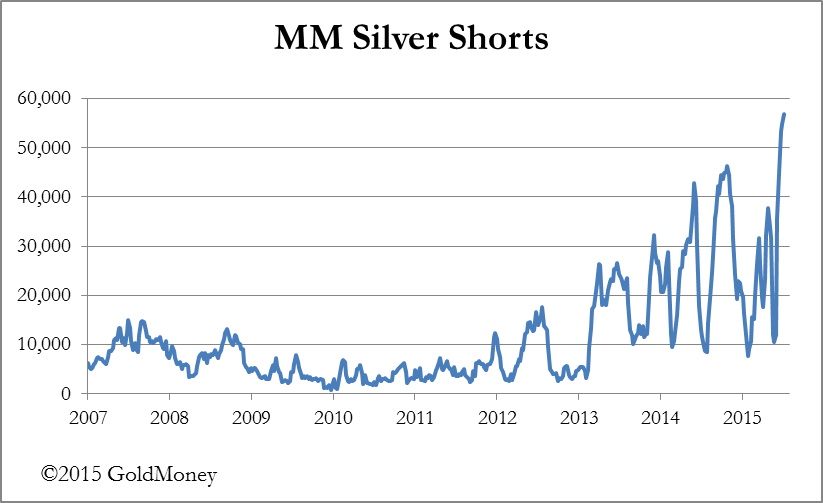 In both metals, these extreme positions are at a time of low and diminishing liquidity in underlying bullion markets. Hedge funds are ignoring not only this important factor, but they also seem unaware that the professional dealers are squaring their positions.

We can see that extreme extremes are the order of the day in financial markets that are seemingly oblivious to risk. Doubtless hedge funds that have shorted precious metal futures to buy equities have done well and may be relying on this strategy being underwritten by the central banks: a Yellen put option for equities and a call option for gold. But as the Peoples Bank of China can today confirm this strategy is not fool proof, and when it goes wrong it goes wrong in spades.