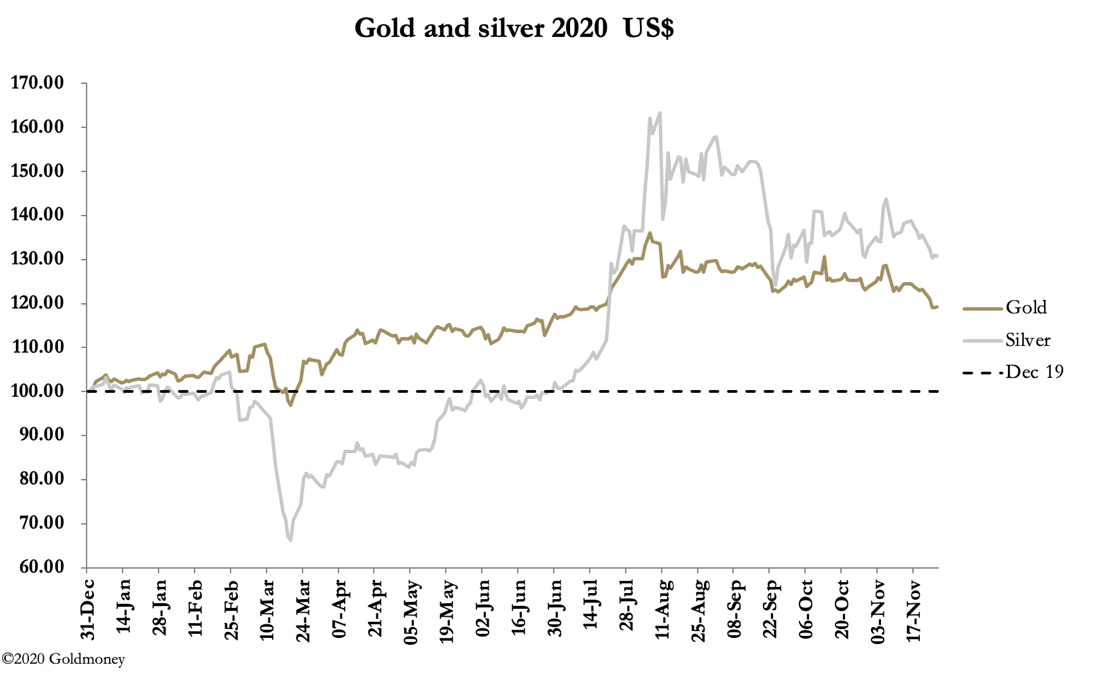 Gold fell to new post-August lows this week and silver, while being more volatile, held its level above the late September selloff. Volumes on Monday and Tuesday were high. By early morning trade in the European time zone, gold was trading at $1809, down $53 from last Friday’s close, and silver was down 90 cents at $23.25.

High volumes on Monday and Tuesday pre-shadowed this week’s Commitment of Traders figures, which will be released late on Monday due to the Thanksgiving holiday. The bullion banks benefited from this week’s expiry of Comex December options for both metals, which expired worthless. The amounts were considerable, involving about 150,000 contracts in a range of strikes down to $1800 for gold. Not only do the bullion banks, grant these options in the first place, but they ended up pocketing all the call option money.

There is a December seasonality on Comex. Not only do the bullion banks repeat the option exercise described above on expiry of active contracts, but their dealers have an eye on year-end valuations of their positions. Unless they are correspondingly long on the London Bullion Market, being almost record short on Comex they will want year-end prices to be as low as possible. The next chart shows the monetary value of the bullion banks’ short position. 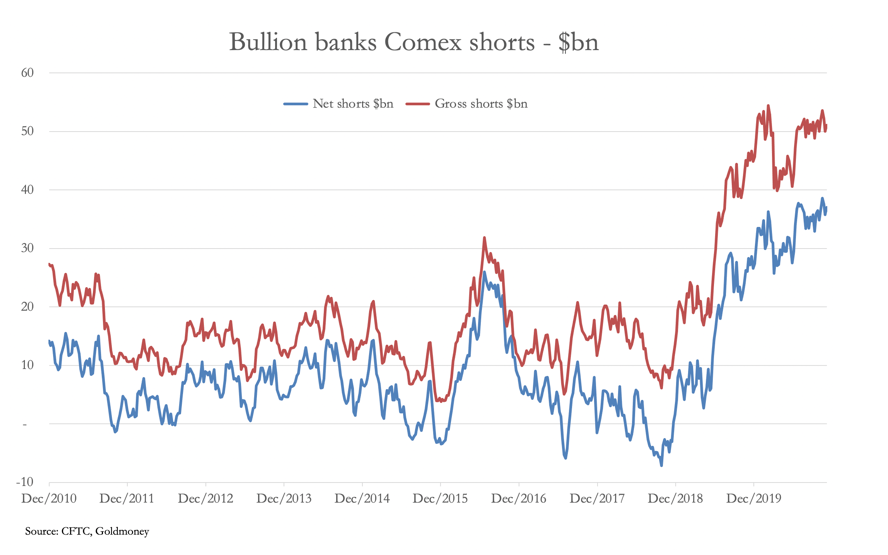 With the fall in the gold price since the last data input (17 November) the gross of longs and net shorts remain firmly in record territory. The theory goes that Comex is the means for bullion banks to hedge long positions in London. But, while LBMA vaults show healthy bullion balances, it is almost all custodial gold. The huge daily turnover in London is on paper, with the AURUM clearing system netting out paper longs and paper shorts. Essentially, physical deliveries only occur when an LBMA member or a bullion bank client demands it.

It is like a duopoly, where non-members are discouraged from taking delivery. But the dollar’s move towards hyperinflationary territory of the dollar’s money supply is upsetting the arrangement, which is why Comex, which was never intended to be a delivery market, has seen record deliveries demanded. In the next few days, we will see how many of the remaining December 47,043 contracts (Wednesday’s open interest) will be stood for delivery.

December has often been a turning point for the gold price, and it marked the commencement of this bull market in 2015. This is shown in our next chart. 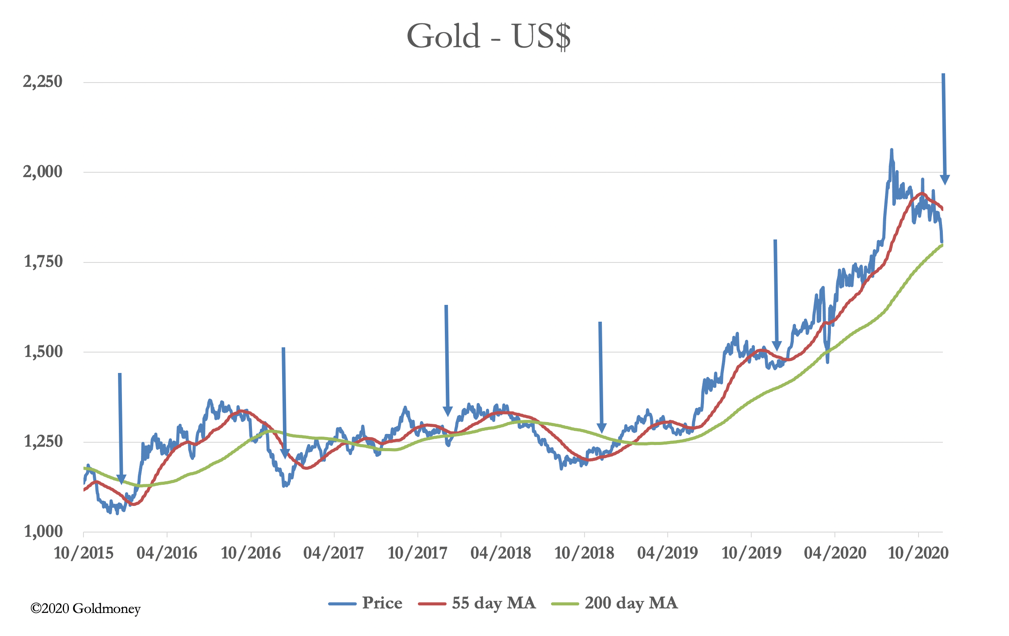 With the exception of December 2018, the gold price fell to a low point in the months before. In all cases, the gold price rose dramatically subsequently. If this pattern is repeated, then we should shortly see the gold price begin to rise towards the year end and beyond. Furthermore, this spike down to the $1800 level can be expected to be underwritten by the 200-day moving average. Last March, it was this average which marked the turn of the market from $1450 to the $2075 high in August.