Market Report: Dollar down, gold up 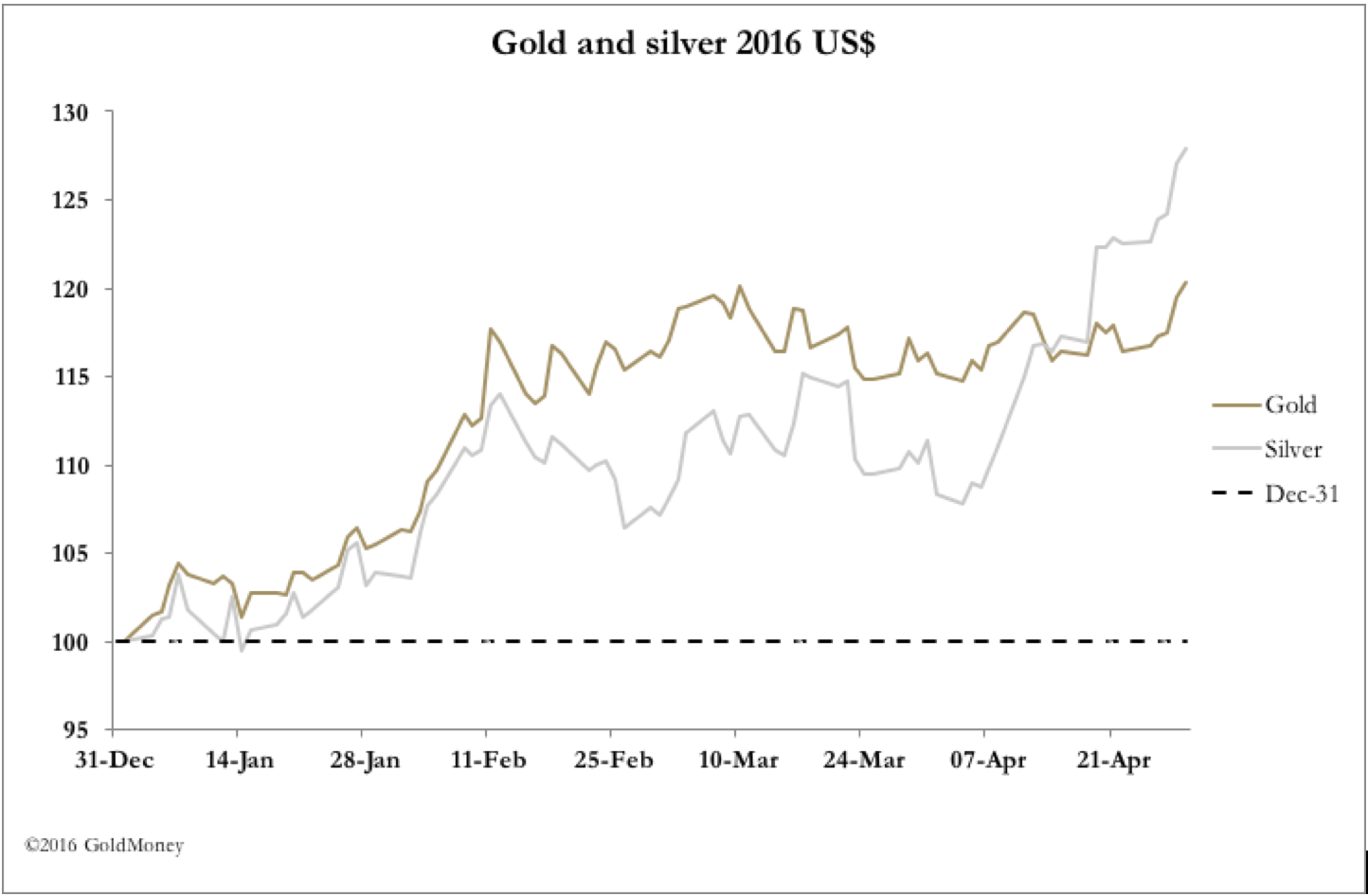 Silver continued its spectacular run, and gold had a good week as well.

The dollar’s weakness coincides with a growing realisation that the Fed is trapped when it comes to raising interest rates. Following a two-day FOMC meeting, there was no change in the Fed Funds Rate, with the usual jaw-jaw about conditions not deteriorating, so we can expect a rise in rates perhaps mid-year.

The lack of action from the Fed is curiously disappointing, given there were two FOMC meetings under “expedited measures” and Ms Yellen went to the White House to brief the President. So what was all that about? A decision to keep rates on hold, and an unchanged outlook? Perhaps we will never know.

It is becoming apparent that the Fed is in as much of a bind as the BoJ and the ECB, the only difference being the Fed still has positive interest rates (just). One can only assume that the Fed’s analysts have worked out why it is that the euro and the yen have been strong, when they should have been weak. The most likely cause is the contraction of shadow banking in these currencies, leading to demand for cash. If this is so, negative dollar rates could depress financial activity in the US, with negative, instead of positive consequences. Equally, the Fed must be frightened to raise rates, for fear of setting off a debt liquidation.

On Comex, demand for paper gold continues to be healthy, with open interest holding near record levels at the 500,000 contract mark. The next chart shows how the price and open interest are moving in tandem.

Deutsche Bank promised to spill the beans on its manipulation of both gold and silver markets, implicating other banks. That being so, we can expect outstanding OTC positions to continue to contract, a trend already established over the last two years as banks continue to downsize their trading activities. The fact that Comex open interest is at a record is only the visible part of this bigger picture.

Silver’s open interest on Comex is also behaving well, which is shown in our last chart. 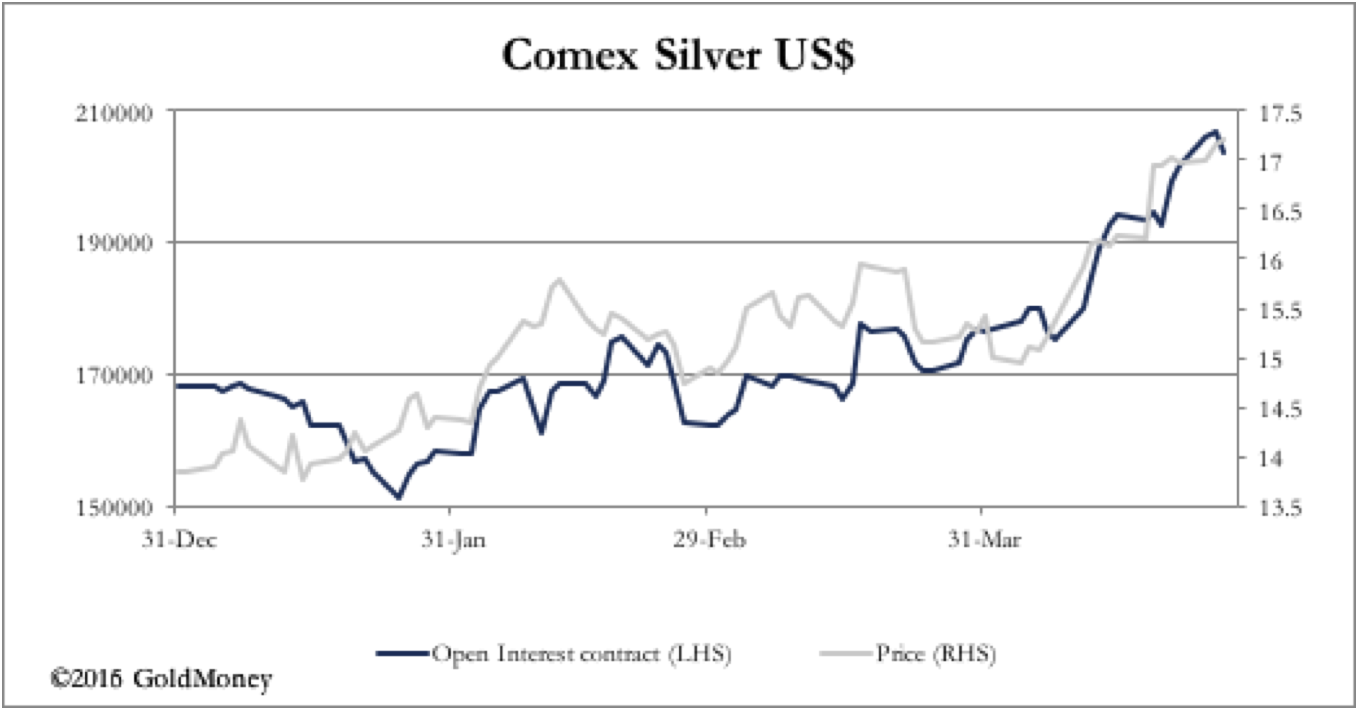