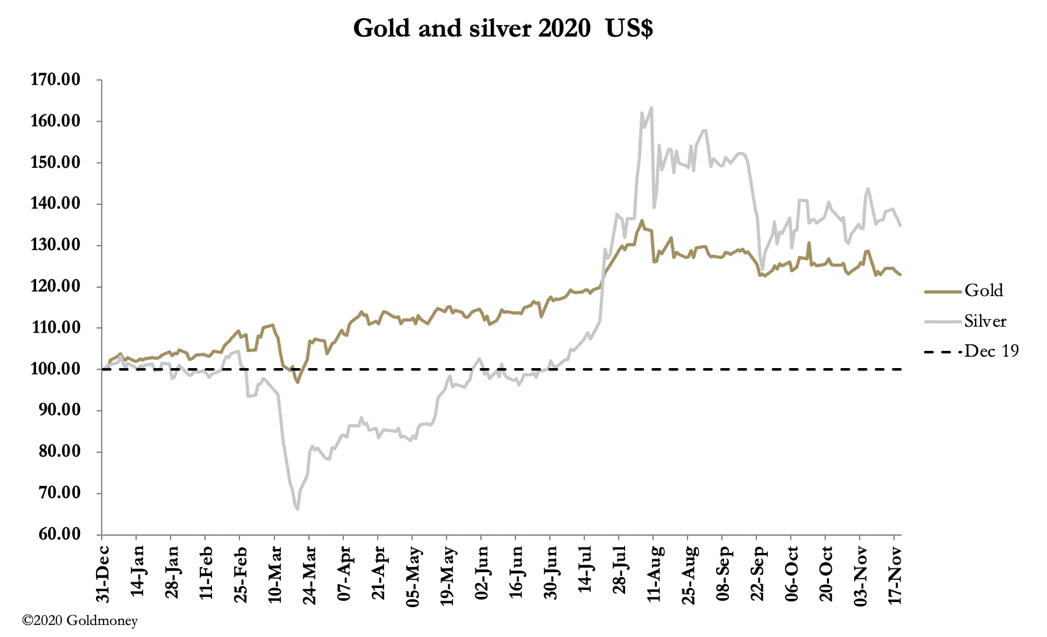 The delayed Commitment of Traders statistics were released on Monday, and they showed that the Swap category (bullion bank trading desks) had managed to claw back some of their short positions. But the scale of their difficulties is barely relieved, as the chart of their net position shows. 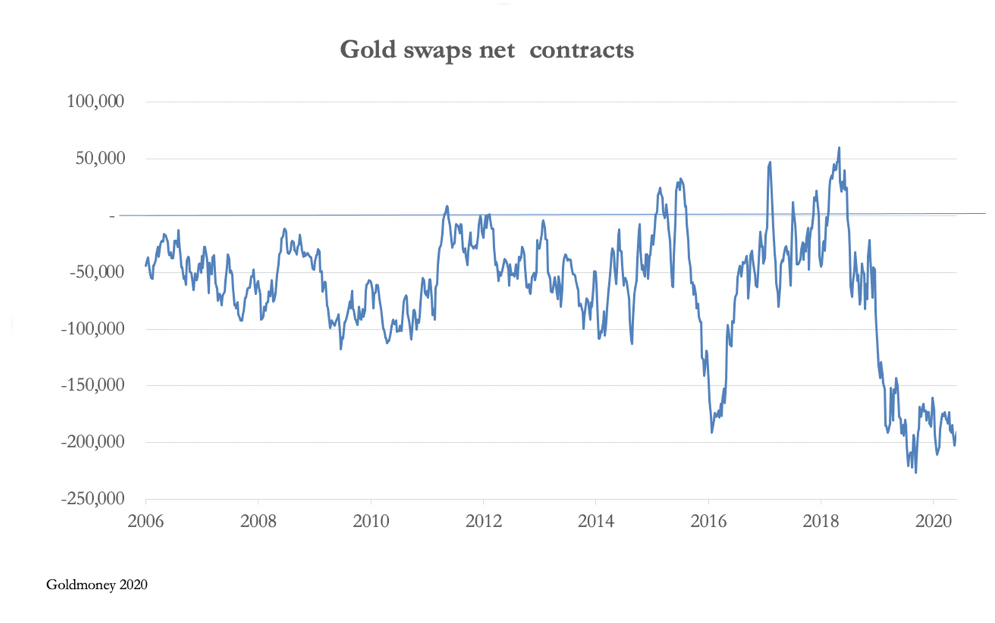 Being short of a net 190,567 contracts representing 593 tonnes of gold valued at $35.8bn is a major problem ahead of the prospect of longs standing for delivery of the December contract next week. Our next chart puts the problem in monetary terms, and while there has been some reduction in gross and net liabilities, they are still in unresolvable territory. 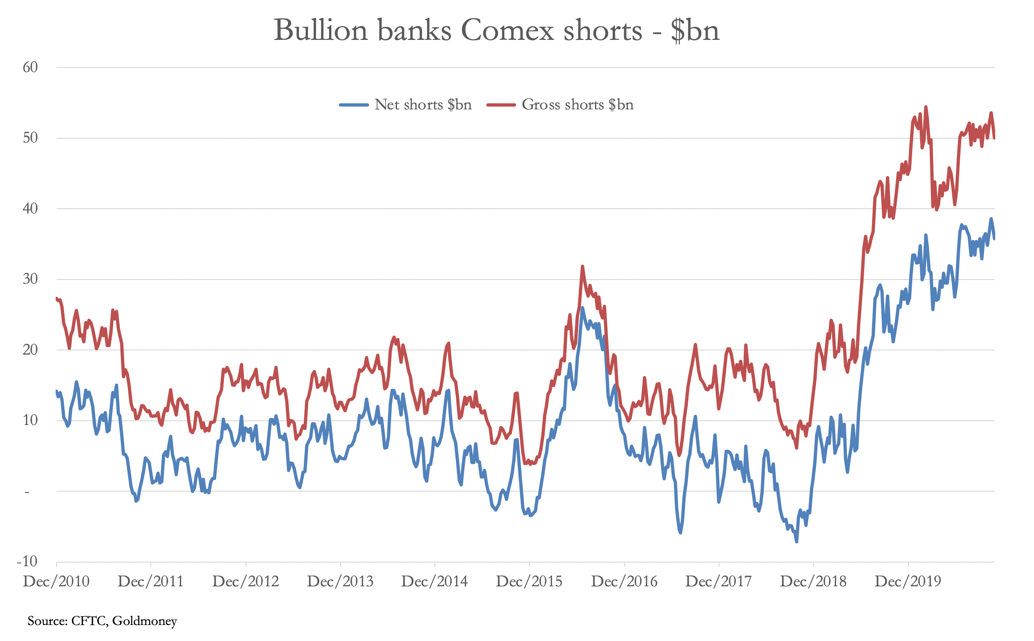 The only reason the bullion banks’ liabilities have not been greater is that on Monday, ahead of the Tuesday COT reporting date, the gold price mysteriously got smashed by $102. It was either the Hand of God or the coordinated hands of the bullion banks.

Normally they would rely on flaky hedge fund longs to panic and close. But this category (Managed Money) has yet to go long in meaningful quantities. This is up next.

The pecked line shows an approximate long-term average long position for this category at about 111,000 contracts. At just under 80,000 net at a time of dollar interest rates at zero and accelerating monetary inflation, it is hard to see this category reducing its net long position much from here. This brings us to the category which by elimination is standing for delivery, the Other Reported category.

This category is defined as not fitting into any of the other three reportable categories: Producers and Merchants, Swaps, or Managed Money. The key to understanding it is that it includes both speculators and non-speculators as defined by the CFTC. Most of the time, these Other Reportables can be ignored, but when they are flush with cash and bank deposits and see accelerating currency debasement, it is hardly surprising they want to increase their holdings in gold bullion. It is then a question of where they can buy it.

There is precious little liquidity in London and Switzerland. Besides the lack of liquidity in physical markets, delivery of newly refined gold is being impacted by the second coronavirus wave. They have little option but to turn to Comex.

This was the category that was record net long when gold bottomed in late March, highlighted by the arrow in the chart below. 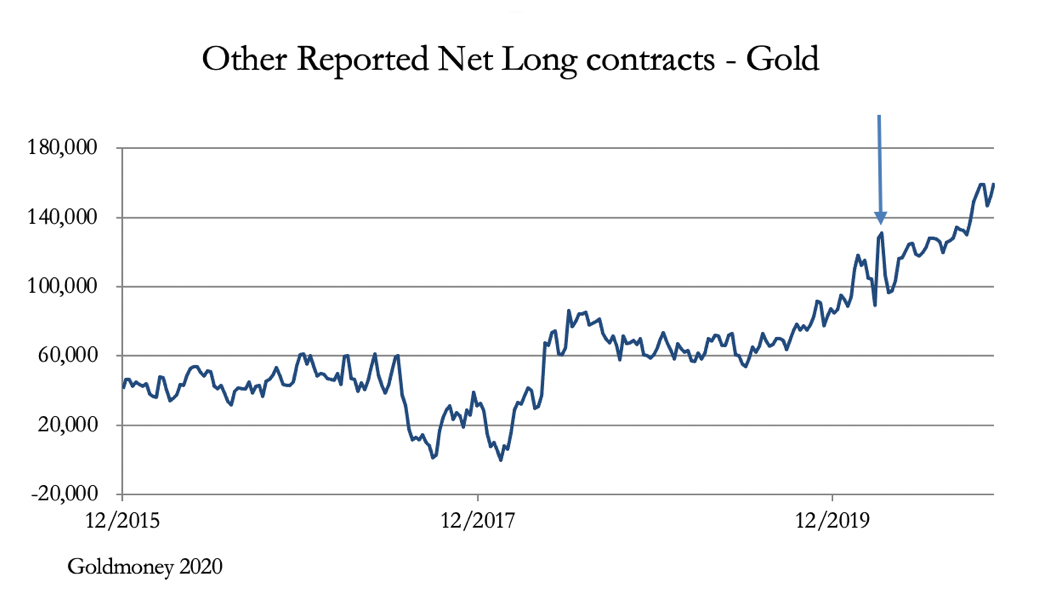 Despite the weaker gold price since the early August peak of $2075 when you would expect longs to liquidate positions, the Other Reported category has added to net long positions to record levels ahead of the expiry of the December contract next week.

We can’t wait to see how many will stand for delivery.