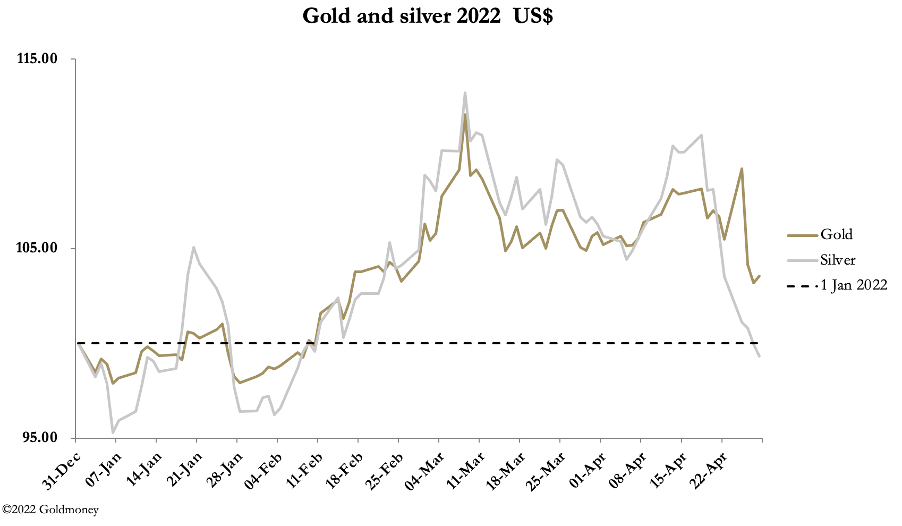 Gold and silver had a torrid week, particularly for silver which as our headline chart shows is now marginally down on the year. In European trade this morning gold was at $1915, down $14 on the week after falls the week before. Silver was trading at $23.47, down 62 cents, extending recent falls and driving the gold/silver ratio up to 81.4.

Behind the dollar/gold relationship has been weakness of the other principal currencies. The yen and euro have fallen dramatically in recent weeks and have now been joined by sterling. And while we always think of gold in dollar terms, prices in the other currencies are at all-time highs. This is our next chart, which covers the bullish move from end-2015 to last night’s close. 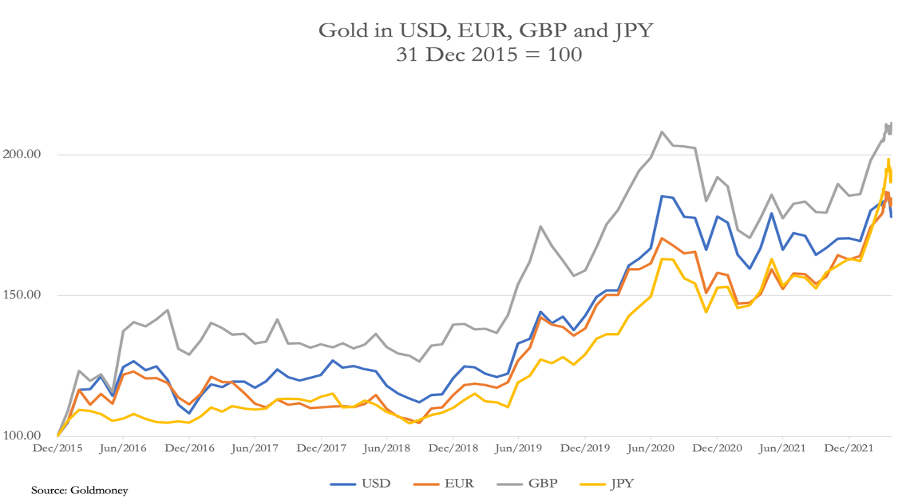 This is reflected in the dollar’s trade weighted index, which is next. 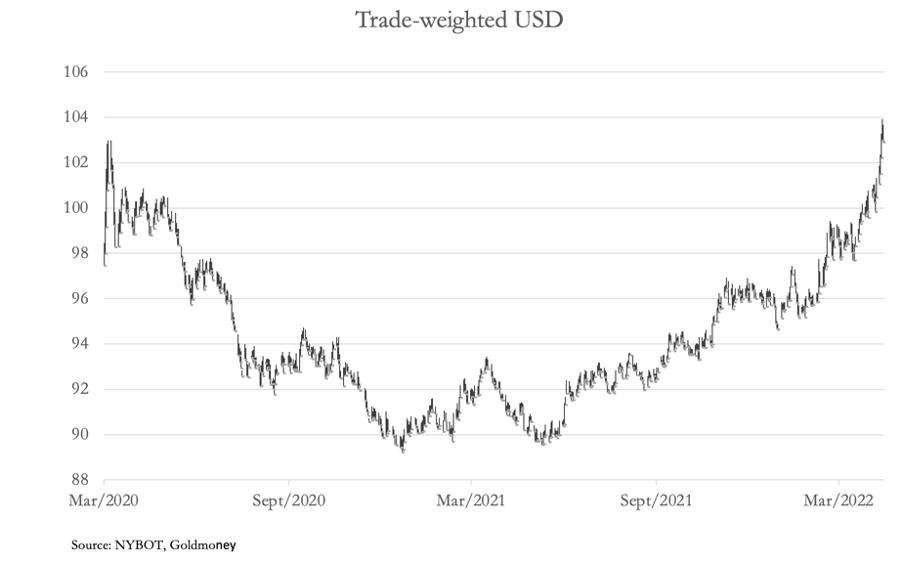 The dollar’s TWI has recovered all its losses from when the Fed went all-in on zero interest rates and monthly QE of $120bn. It is not that the dollar is strong, but first its main TWI component, the euro, has been weak and in recent months so have the yen and sterling. Hence, gold has acted as a good currency hedge against these currencies.

Naturally, in times of crisis the macroeconomic Keynesian crowd turn to the dollar. It is fifty-one years since Bretton Woods was abandoned, and the investment establishment have little understanding of it. Despite half a century of the dollar’s dominance, gold coin remains money legally, while the dollar is just currency.

We should bear this in mind when the factors undermining the yen and euro begin to threaten the dollar and its financial system. Rising interest rates are behind it all. Obviously, the currencies most exposed are those whole central banks impose negative rates, the yen and euro. Furthermore, they have the most highly leveraged banking systems. And to add to their troubles, rising bond yields are undermining the values of central bank assets acquired through QE, rendering them technically insolvent.

Not only are we witnessing rising interest rates, but acute systemic risks are developing as well. They are not limited to the yen and euro. This week we also saw sterling begin to slide, reflecting, perhaps, the international banking risks centred on London.

Those fleeing the gathering currency and systemic storm are likely to discover that dollar safety is purely transient, and it will be time for them to put some effort into understanding that only physical gold and silver are true money, free from counterparty risk.

Meanwhile, with open interest on Comex having declined from 642,000 contracts on 9 March to 563,000 this week, the bullion bank traders have had a hospital pass. Gold’s technical chart still looks alright, even in dollars. 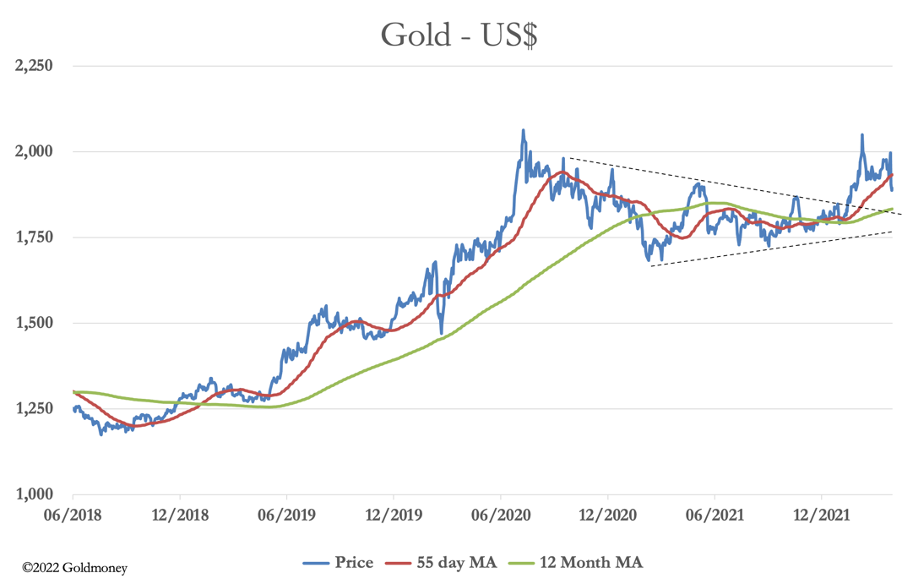