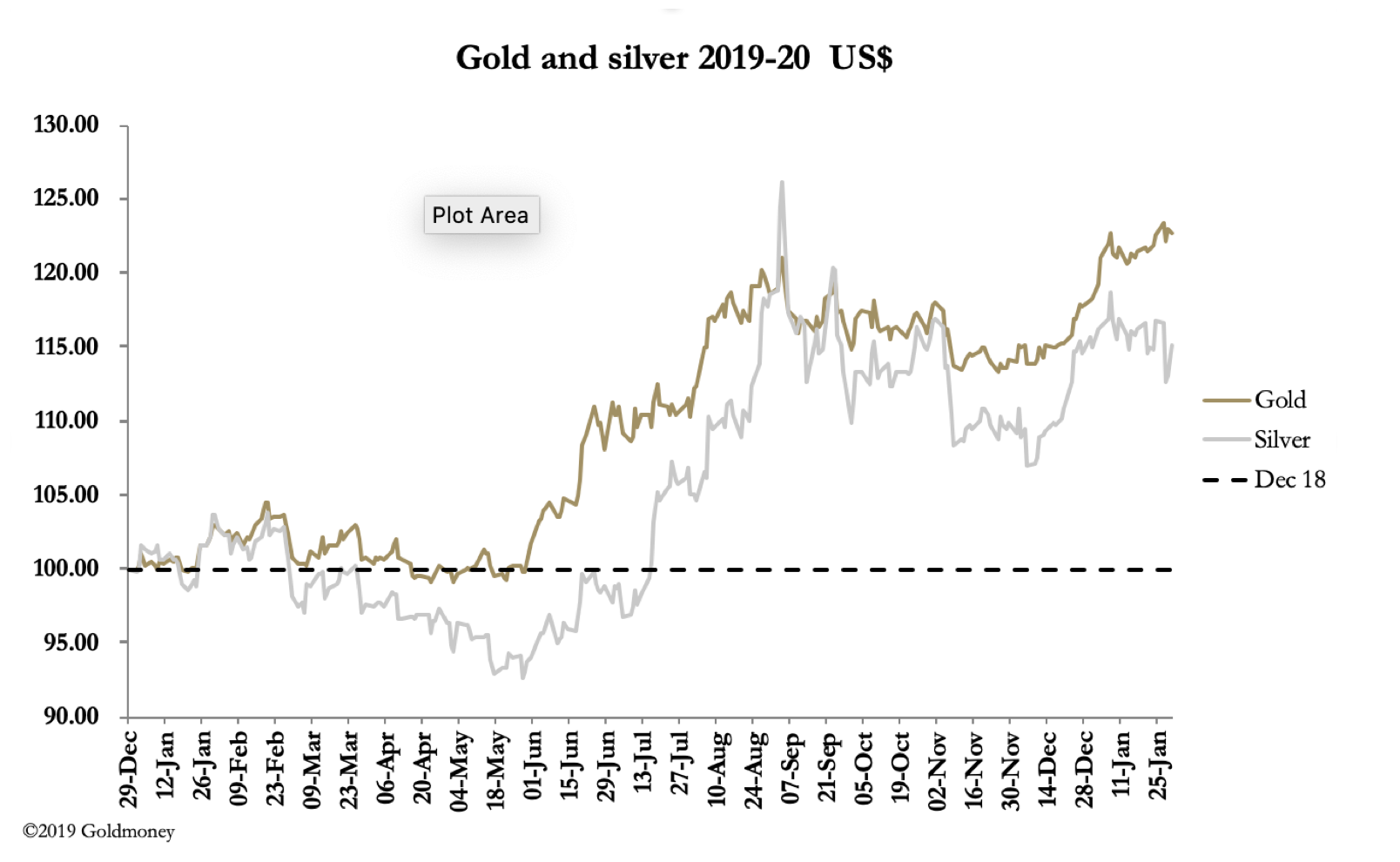 It was another quiet week for the gold price, but silver lost out. In morning trading in Europe gold was $1579, up $7 since last Friday, while silver had lost 23 cents at $17.87. Silver’s underperformance relative to gold puts the gold/silver ratio at over 88 times, telling us that all the action is headline stuff, with little broader interest in monetary relationships. Silver can be expected to outperform gold when the wider investment community begins to understand that gold is in a bullish phase, and silver is a catch-up investment.

While the gold price was relatively steady, there was a remarkable fall in open interest as the February Comex contract expired. From its peak at 799,541 contracts on 15 January, by yesterday’s preliminary estimate open interest had fallen almost 116,000 contracts, nearly all of which occurred this week. This is shown in our next chart.

On an historical basis, open interest on Comex is still high, but the bullion banks which have been badly squeezed by speculator interest have managed to contain their losses. But they are not out of the woods yet.

Commitment of Traders figures show that the largest four traders are only moderately net short, while the second four are almost record net short. These will be the banks rushing to cover and at greatest risk from a strong gold price. If it had been the four largest with extended positions, perhaps the hit to the gold price would have been more severe.

The bullion banks will be aware of gold’s strong technical position and the shortage of physical bullion. While at these prices Chinese and Indian demand is subdued, central bank and ETF demand, particularly from Germany, are strong. Furthermore, there is growing evidence of a developing recession, which is bound to lead to more central bank easing.

Adding to the market’s difficulties is the Coronavirus outbreak, a black swan event that threatens to develop into a global plague of biblical proportions. With its long infectious incubation period before symptoms are manifest, it threatens to spread more rapidly than anything since the Spanish flu following the First World War, which killed an estimated 20 million. The fear of coronavirus has paralysed the Chinese economy and threatens to paralyse others.

The problem for gold traders is that it could be read as a deflationary development, pausing spending on non-essential consumer items. If that means falling prices, then deflation might make currencies more attractive relative to gold. But if you look through this potential argument to anticipate the effect on monetary policy, it will make it more expansionary, perhaps leading to negative interest rates for the dollar.

There are enough moving parts in these arguments for the bullion banks to hope to manage price expectations. And perhaps silver’s underperformance is the flip side of a coronavirus deflation, while gold’s monetary role suggests a greater element of fear trade.

But at least next week the negative pressure of a contract rollover will be behind us.