Gold and silver declined sharply this week against a background of carnage in commodity markets, driven by Chinese liquidation of base metals. 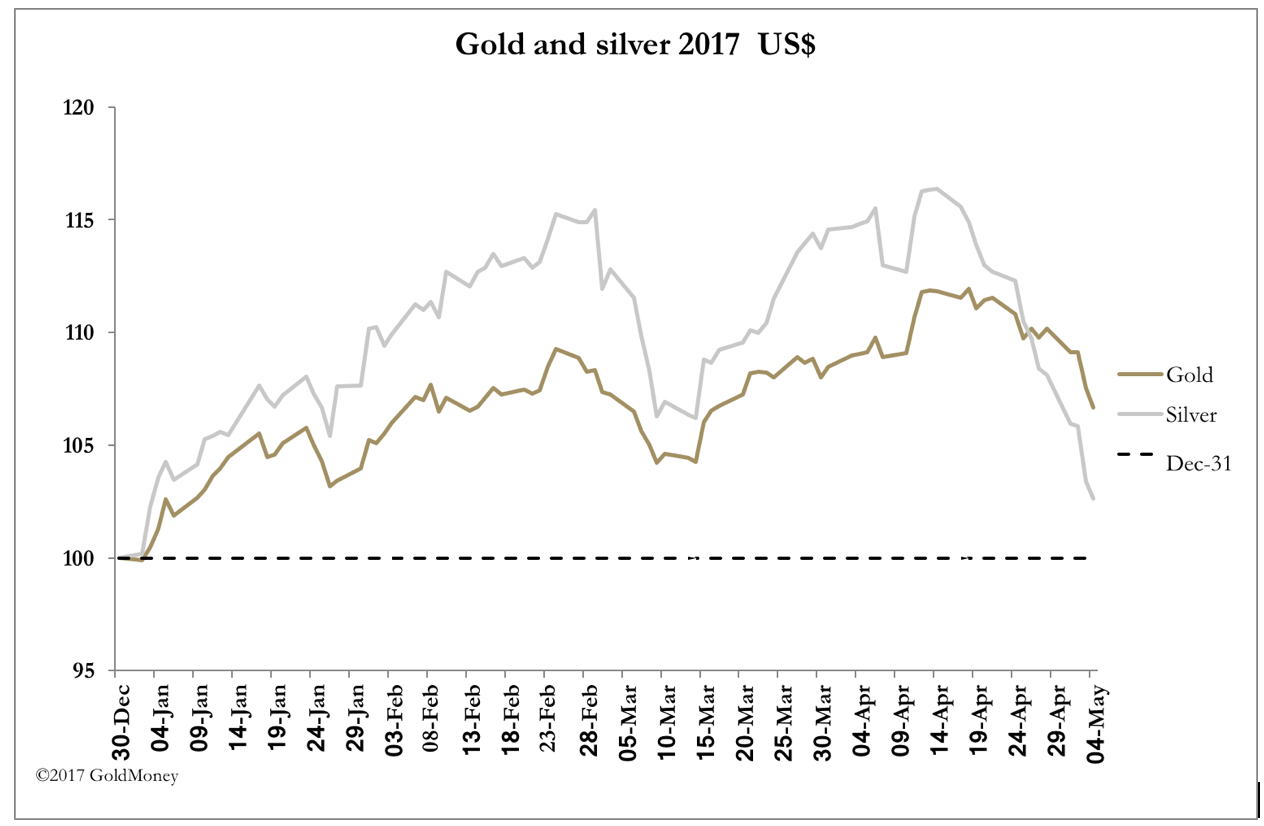 Informed sources in China say that the authorities are deliberately forcing wealth management products to unwind their long commodity positions. These WMPs, as they are commonly known, are speculative investment vehicles that promise attractive returns to private investors, and collectively amount to a financial bubble. There are two reasons why the government has intervened. The massive expansion of bank credit in recent years causes excessive speculation that cannot be allowed to get out of hand. Furthermore, WMPs were pushing up the prices of the commodities being accumulated by the government as part of its economic plan.

Effectively, WMPs were front-running the government. But by clamping down on them, the government has forced a mini-collapse on base metal prices. Hence, silver has been very badly hit, and gold less so.

While some gold may be involved, the selling in the West has been driven by paper markets. This time, it is not a case of gold being the other side of the dollar trade, but deteriorating charts are the main driver. The next chart is the one that spooks speculators most. 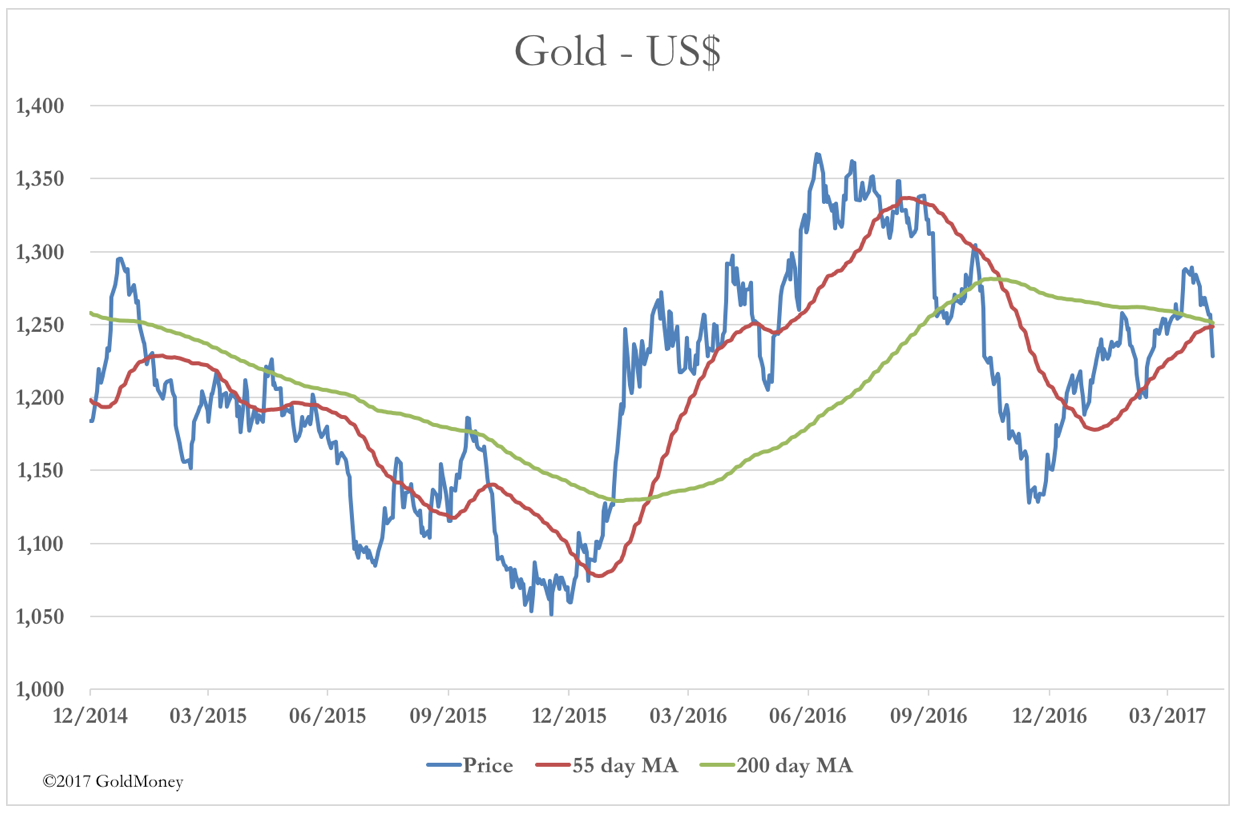 This has reversed the bullish set-up to suddenly become very bearish. Not only has the price failed to find support at the 200 day and 55 day moving averages, but both averages are falling in bearish sequence. It is promoting bearish commentary in the hedge fund community, which is bound to increase.

Technically, the next support level appears to be at $1200, last seen in early March. Furthermore, this level has been important support since mid-2015, so will be watched carefully. Whether this level is challenged and holds will depend on China and the WMPs, because there can be little doubt that the government will be an ongoing buyer of the base metal stocks released as speculative positions are unwound. But at what level? This suggests that the action is corrective, rather than the onset of a new bear market in commodities.

In other news, the Fed held interest rates unchanged after the FOMC’s monthly meeting, but left the strong impression they would be raised in June. Given the slide in precious metal prices, this also impacted negatively on market sentiment.

This weekend sees the final round of France’s presidential election, and the opinion polls put Macron clearly in the lead. Informed sources suggest that Le Pen’s camp expects to lose, and is now concentrating on attacking a president who, without party backing and a population 40% of which want to leave the EU and/or the euro, is expected to be in difficulties after he’s elected. Le Pen expects to win next time.

The market has discounted a Macron victory, so there may be a little bear closing early next week. Far more important is what happens to those WMPs.