By Alasdair Macleod
Market Updates May 15, 2020 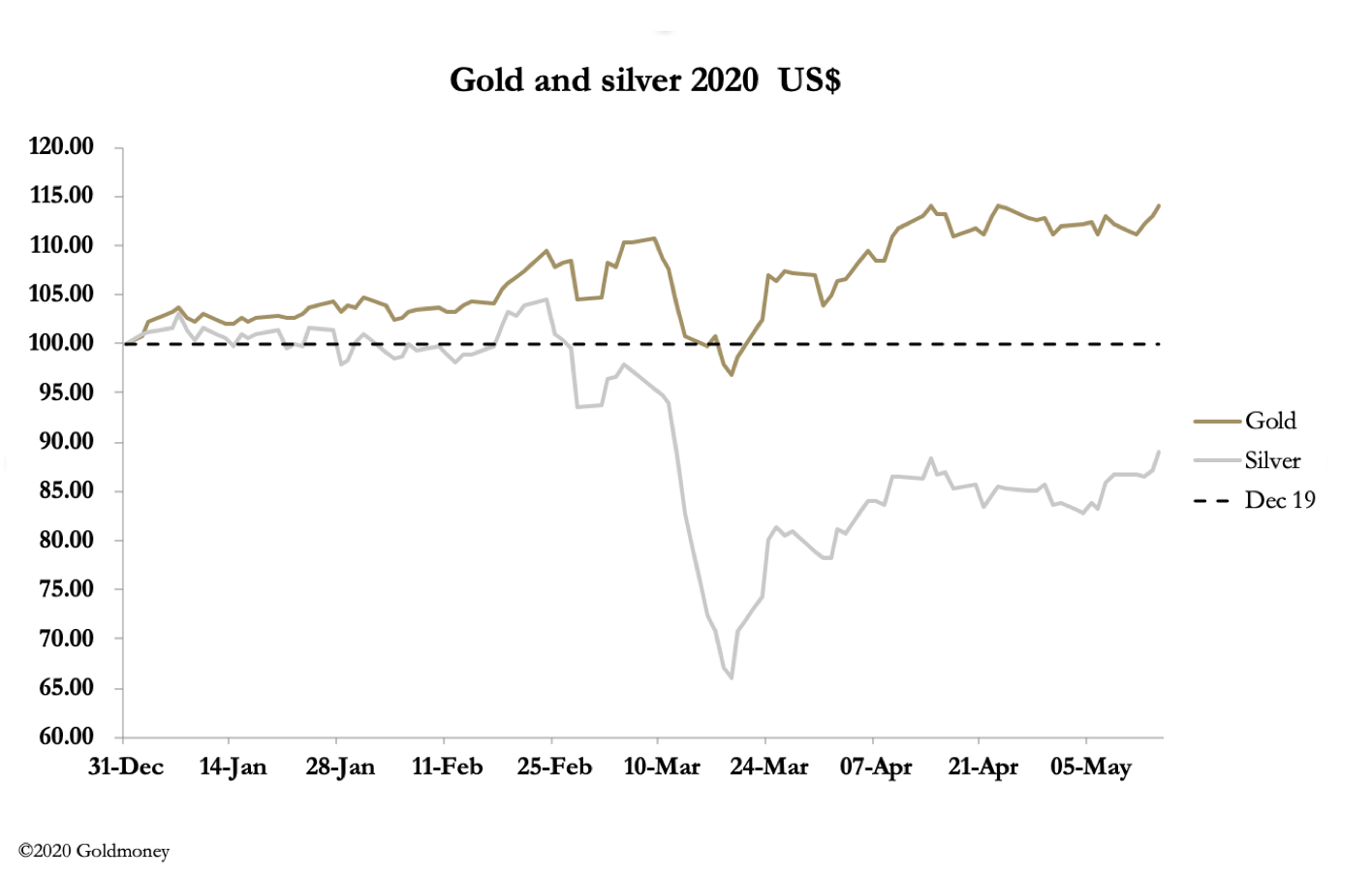 After a month of consolidation, gold and silver finally broke out on the upside yesterday. In early morning European trade gold was up $38 from last Friday’s close at $1735 and silver up 77 cents at $16.20.

Gold’s move was from a textbook pennant formation and is illustrated in our daily chart below. 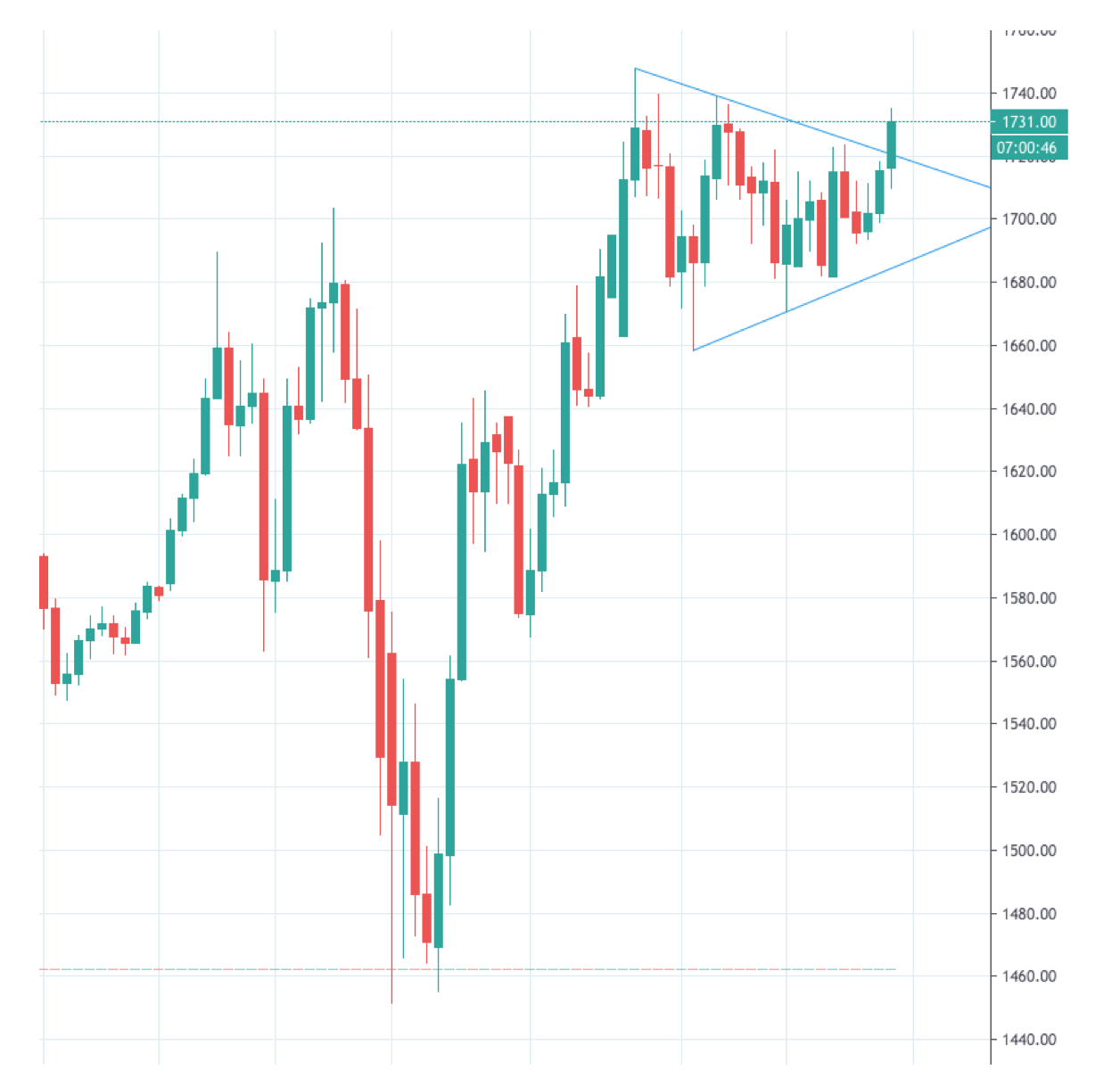 Typically, breakouts from pennants are followed by a rapid move, mirroring the move in, telling us to expect a sharp rise in the gold price of up to $250. Pennants are not infallible but given the bullion banks were short before the coronavirus shutdowns in the US and Europe, and all central banks’ subsequent promises to accelerate money-printing, the fundamentals appear to back a far higher gold price as well.

The theory on pennants is that traders who were looking for a breakout or deeper correction before buying now understand they have missed the boat and will look to buy as the price runs away. On the breakout gold and silver’s open interest have increased, which is another confirming signal.

The short position of the large four traders has worsened, as the next chart shows. For the avoidance of doubt, each contract is comprised of a long and a short, so actual positions are double recorded open interest, which should be borne in mind when calculating positions. 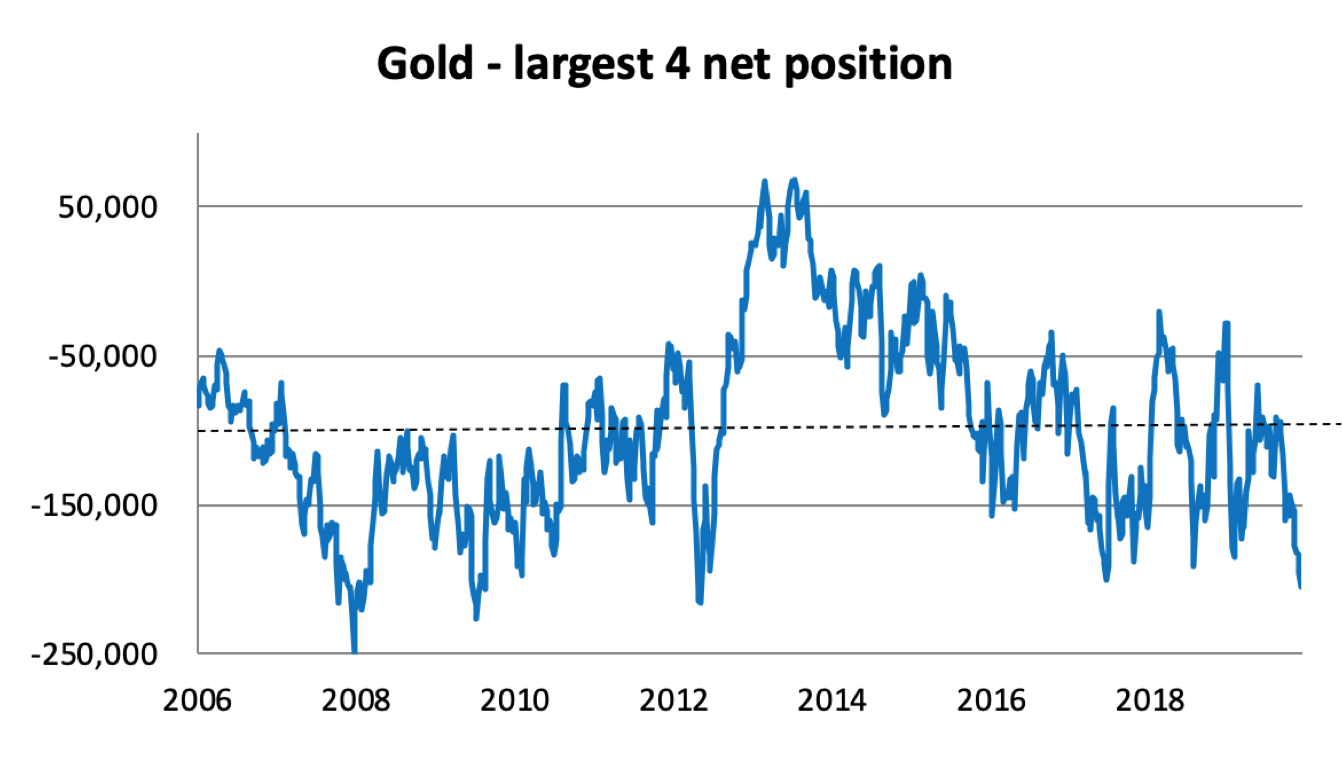 The largest four have more net shorts than since 2012. At that time the developing banking crisis in the EU required intervention to maintain confidence in wider financial markets. This time every major central bank has promised to accelerate monetary inflation and the suppression attempt has already failed.

On 15 January when open interest was at its peak the four largest traders’ net short position was 90,845 contracts and with the gold price at $1556 in money-terms it was worth $14.1bn. On 5 May, the last date for which we have information, the net short position had more than doubled to 204,963 contracts and the gold price had risen to $1705. Therefore, net shorts had risen to $34.9bn, an increased book loss of $20.8bn. And this was despite what appears to have been an engineered knockdown in March, which took open interest down from record levels to more normal levels. This is shown in our next chart. 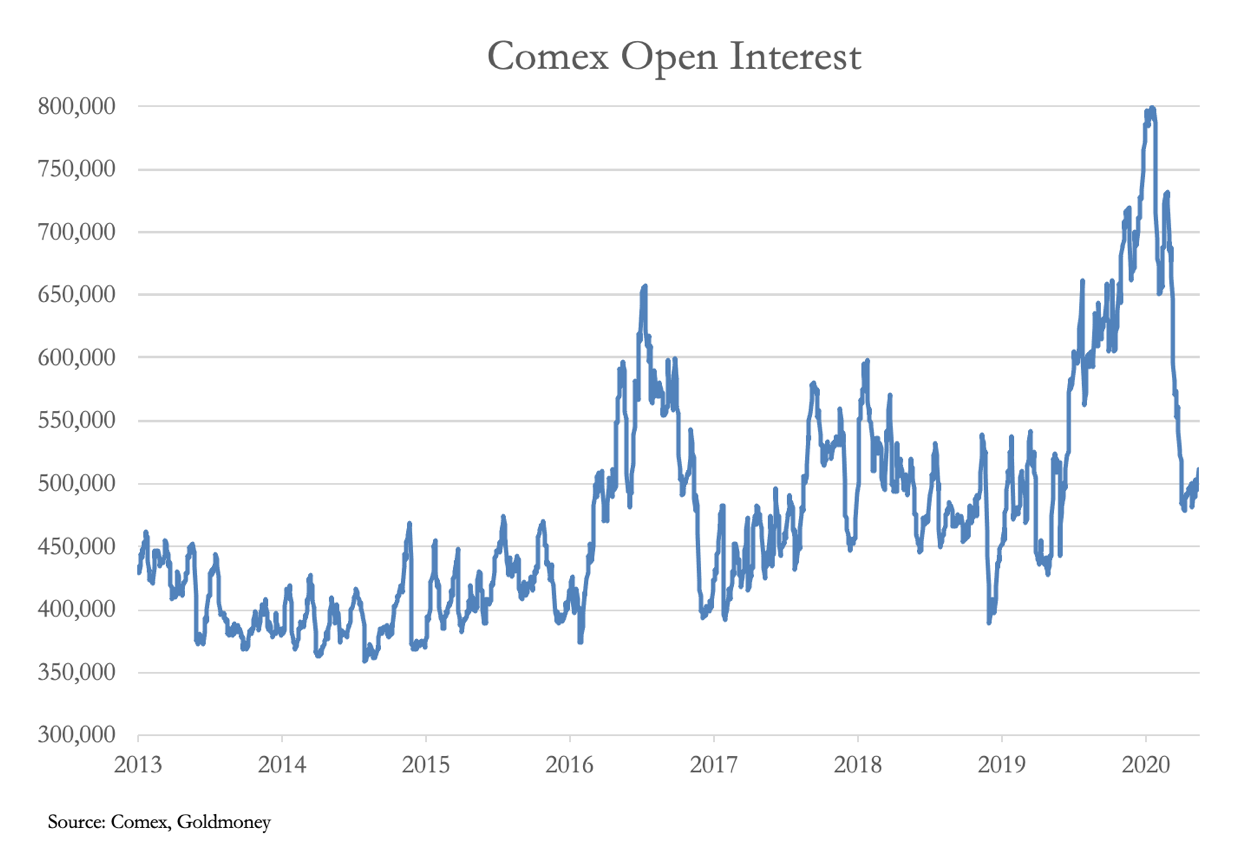 It is therefore hardly surprising that enormous premiums surfaced on Comex at the end of March. They were a reflection of the distress in which the bullion banks found themselves. The normal tactic of taking out the speculators had failed spectacularly.

Gold and silver now appear to be embarking on the next bull phase, one that risks generating more buyers on rising prices. Meanwhile, physical liquidity has evaporated as purchases of physical ETFs continues apace, to the point where GLD, the largest ETF, is counting 46 tonnes of gold held by the Bank of England, and not in HSBC’s vault as lead custodian.

Coincidently, this week HSBC announced a $200m loss in one day’s trading in the exchange for physical market on the Comex gold contract. Furthermore, increasing rumours of the Fed having to introduce negative interest rates can only add to the shorts’ distress.