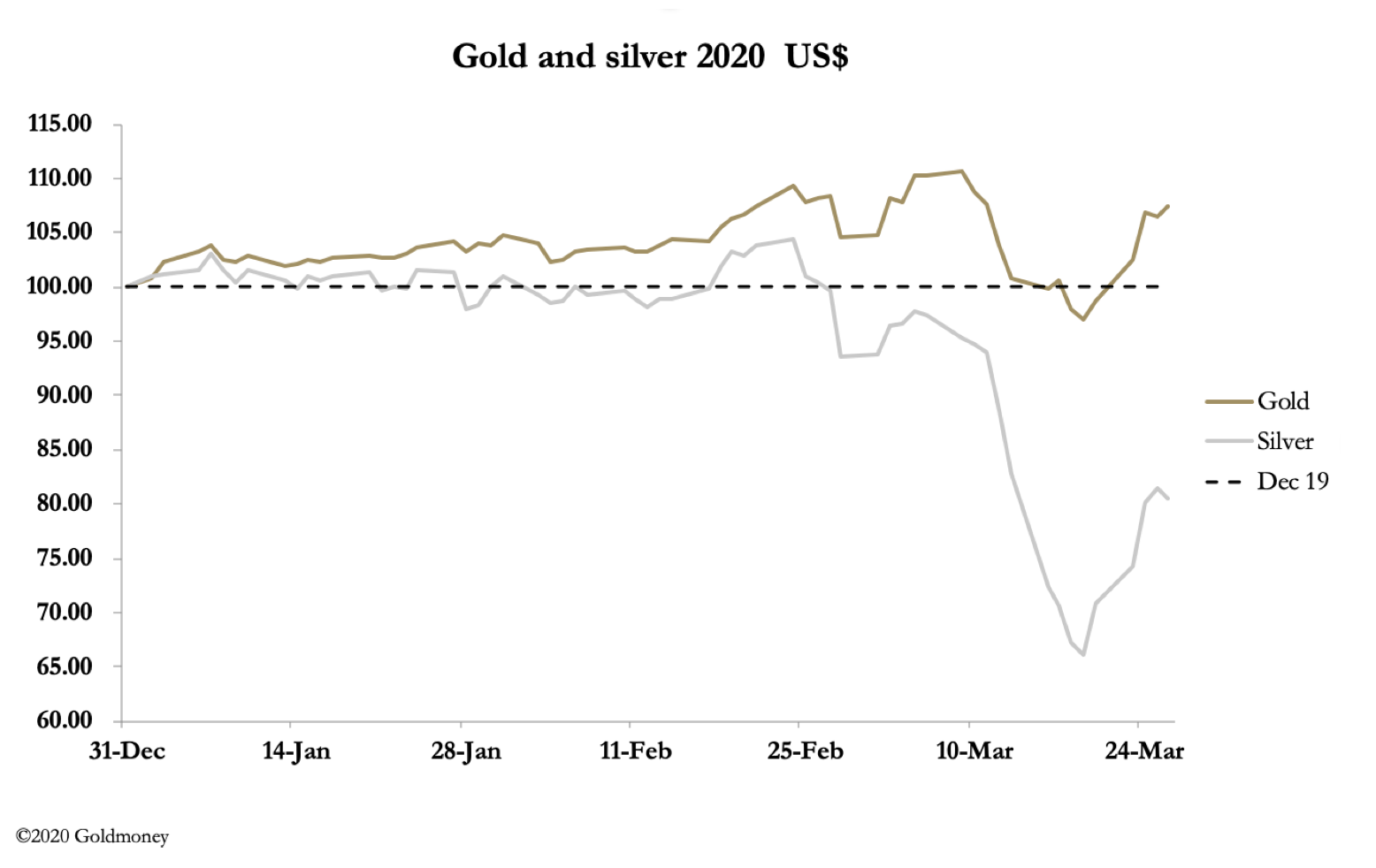 In a dramatic week, gold and silver rose strongly on a decline of open interest on Comex. These conditions signaled an epic bear squeeze on the bullion banks. In early European trading this morning gold was trading at $1616, up $119 from last Friday’s close, and silver at $14.44, up $1.80 on the same timescale. Volumes generally declined over the week, most noticeably in silver, consistent with an absence of buyers other than capitulating bears.

A notable feature was gold’s April contract running off the board with its last trading day yesterday (Thursday). On preliminary figures, there was an open interest of 58,407 contracts, suggesting that more than normally there are likely to be longs expecting delivery. We will see over the next day or two how that one will pan out.

There were reports that some specialists who provide an exchange-for-physical market (EFPs) found it impossible to operate due to lack of delivery of bars from London and having been left nursing big losses. In response, the CME Group announced a new futures contract under which LBMA bars would be deliverable.

In prevailing conditions, that is unlikely to help much, part of the problem being restricted airline shipments due to the coronavirus. The LBMA issued a statement designed to cool things claiming that at 8,263 tonnes there is plenty of gold in London’s vaults. What they failed to say was that the total includes official monetary gold, ETF gold and gold in custody for institutions and high net worth individuals, leaving a true float of only 1,000 tonnes or less backing enormous daily volumes in London forwards.

The new Comex contract is mere sticking plaster over a deeper problem. There is not enough physical gold in the financial system to provide the required liquidity at these price levels. The reason this particularly matters is that three of the four Swiss refiners are in lockdown, and logistics are badly impaired. To this we must add central bank announcements that their common monetary policy now is to print to infinity in an attempt to save capital markets and global industrial production.

In light of these factors, at best the outcome will be a sharp readjustment of bullion prices or at worst a very public breakdown of bullion markets. The former seems certain with retailers of coins and bars cleaned out nearly everywhere and where they have availability they are charging significant premiums for delayed delivery. Physical gold appears to have decoupled from paper contracts, its premiums implying paper gold is under-priced. That the system appears to be breaking down is evident in the EFP traders’ problems.

Being a liquidity issue, the crisis in paper gold markets could accelerate rapidly. And as investment managers and hedge funds begin to assess the inflationary effects of monetary policies, belatedly they will come to the party – just at the moment there is no physical gold available.

While the headlines have centred on gold, silver has been left behind with the gold/silver ratio rising spectacularly as our final chart shows. 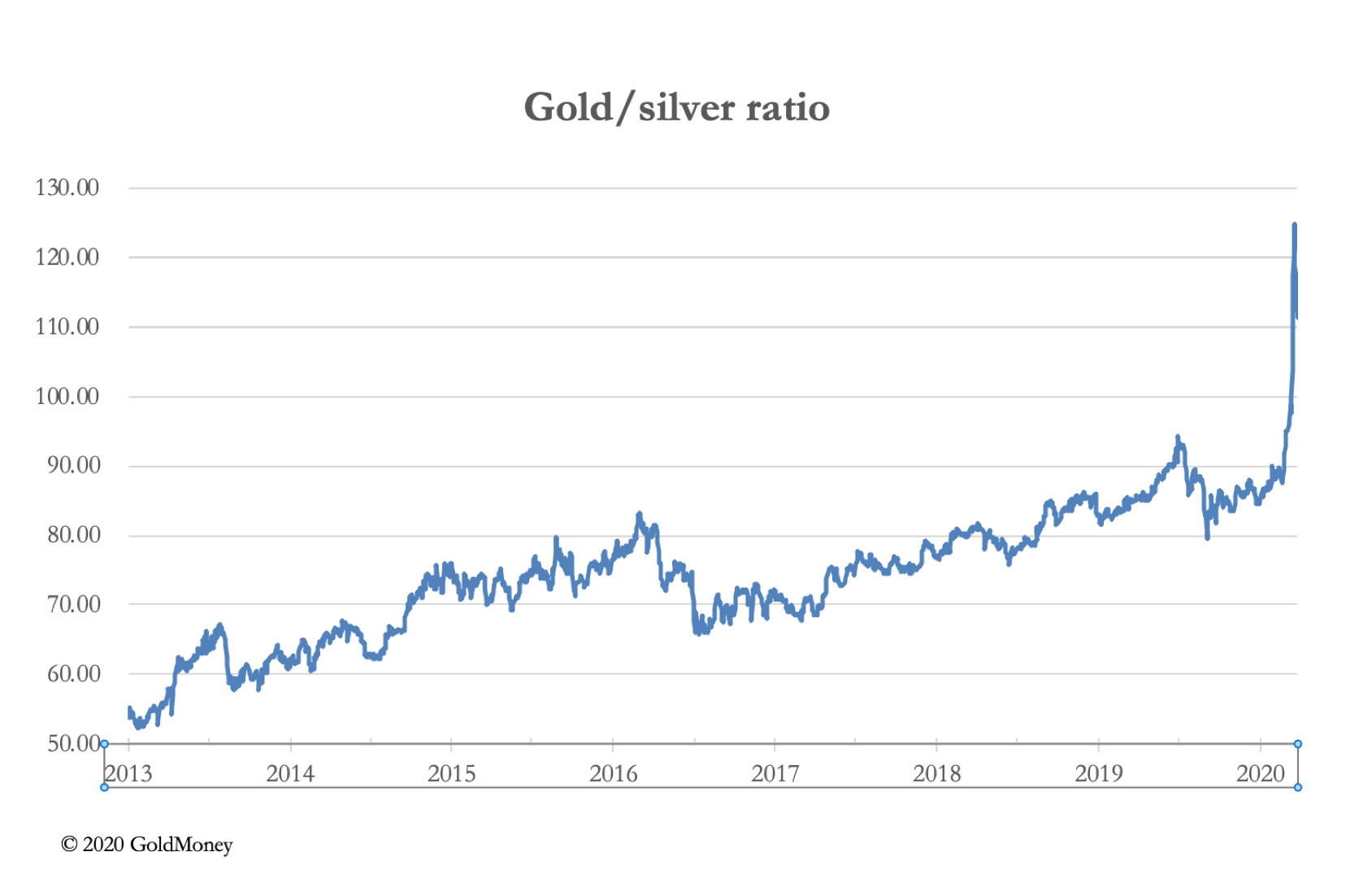