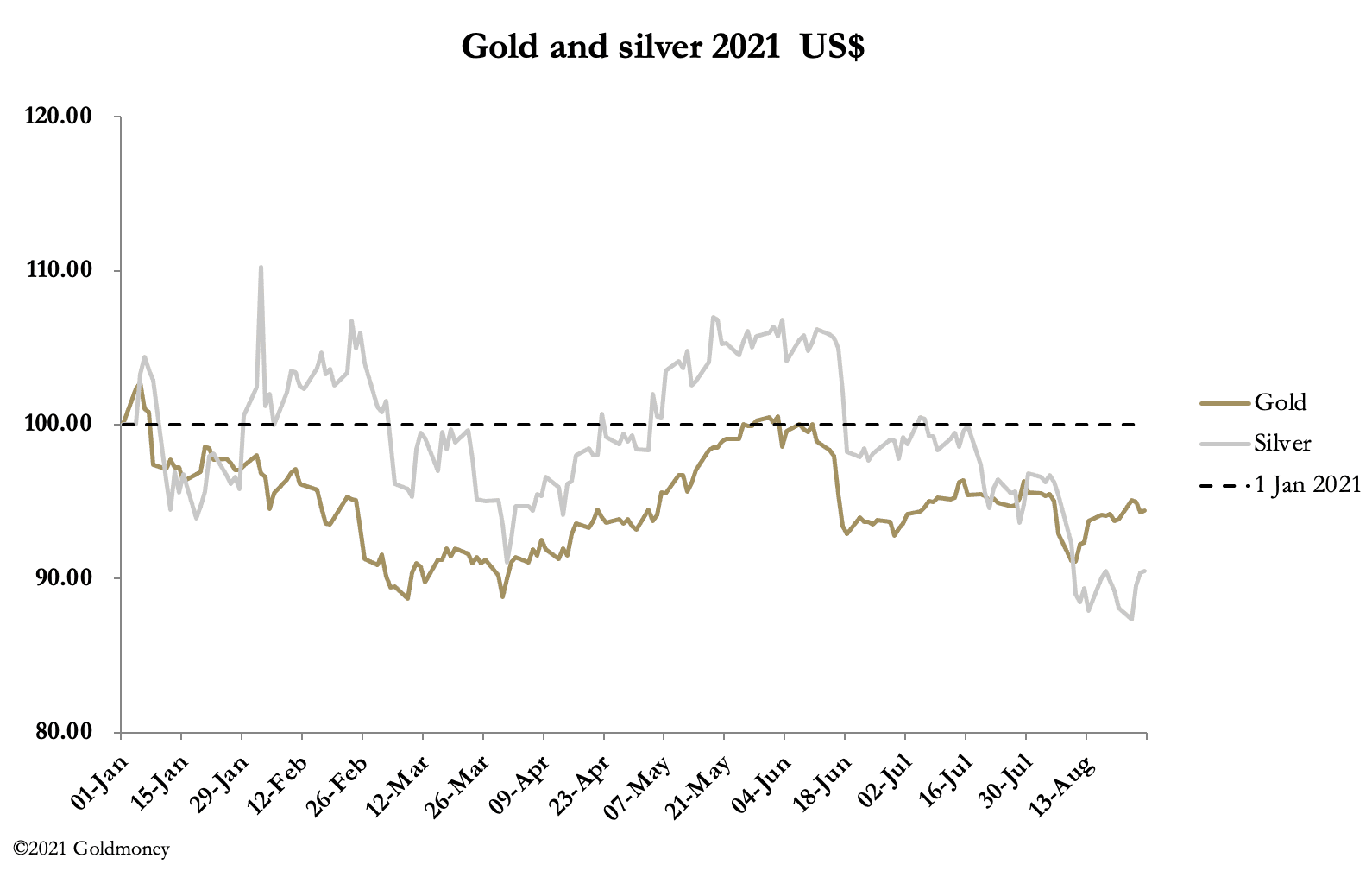 Gold and silver traded in subdued volumes this week as traders were reluctant to take positions ahead of Jay Powel’s speech at Jackson Hole later today. And it wasn’t just precious metals on hold. Combined with the August holiday season, markets everywhere became lethargic.

This week saw chaos as Western troops and their Afghani advisors struggled to leave Kabul, with America taking the blame for its precipitative withdrawal without consulting its allies. So far, the loss of reputation has not harmed the dollar in financial markets, but in the coming weeks it risks eroding confidence in the US’s hegemonic status. This is important because of the very high foreign exposure to the dollar — according to the US Treasury TIC figures, amounting to financial assets and cash totalling $32 trillion, roughly one and a half times US GDP.

Geopolitical analysis informs us that the whole of Asia, including the Middle East and East and Middle Europe is slipping from America’s grasp and will increasingly dance to music set by the Russian-Chinese partnership. The long-term implications are to reduce the importance of the dollar for international trade. Meanwhile, markets should begin to reflect on the implications of the rise of gold-friendly hegemons in China and Russia.

Doubtless, markets will awaken to these factors over time. But this week is about Jackson Hole, inflation and tapering. The bind that the Fed finds itself in is that price inflation is proving far from transient, yet the US economy is turning sluggish. The twin objectives of managing inflation consistent with maximum employment are diverging. At the same time, investment managers are assuming the inflation problem is tied to QE — ignoring the fact that liquidity is being withdrawn from money markets by reverse repos now consistently at over $1 trillion.

Nevertheless, markets are eager for indications of when tapering is likely to start. But Powel will be aware that tapering will impact the stock market badly, undermining confidence in economic recovery at a crucial, post-covid juncture.

The most important aspect of leadership in his position is to be a safe pair of hands. That means appearing to be in command of his brief, while giving as little as possible away. Next week, market participants are likely to think through the implications of the Fed’s dilemma and judge precious metals accordingly.

The problem for bullion banks is that they are short to their unallocated customers in London, and to the speculators on Comex. Our last chart shows the intractable position of the Swaps category on Comex, indicative of the wider difficulty against a deteriorating background for the dollar. 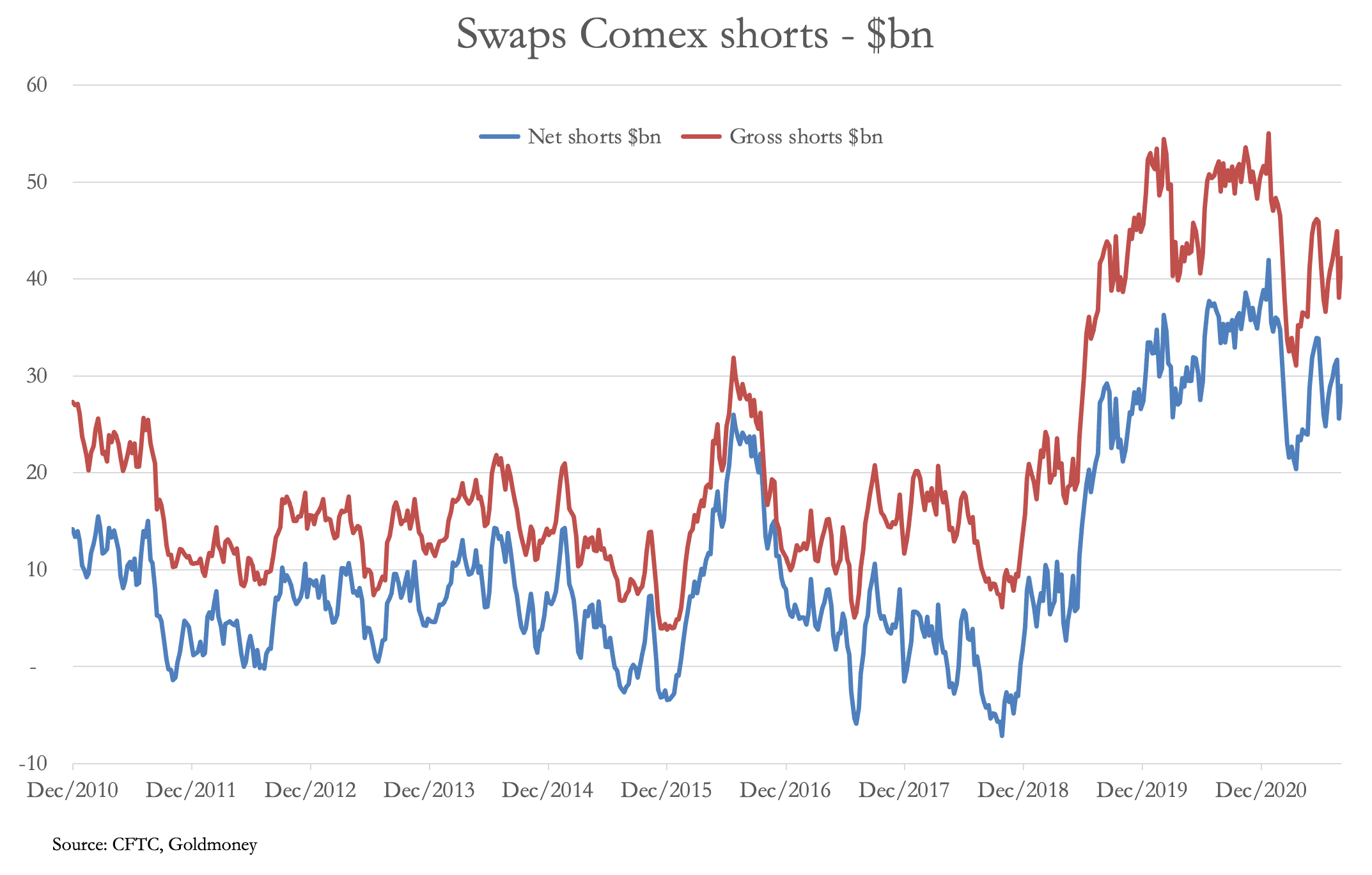 In dollar terms, they are collectively now more short than they were in March 2020, following the drop in open interest from 800,000 contracts. The setting appears ripe for another bear squeeze.