After drifting lower earlier this week, gold and silver got a boost from President Trump’s announcement of trade sanctions against China. Gold ended up by a net $25 at $1342 in early European trade this morning (Friday) from last Friday’s close, and silver gained 20 cents to $16.54. 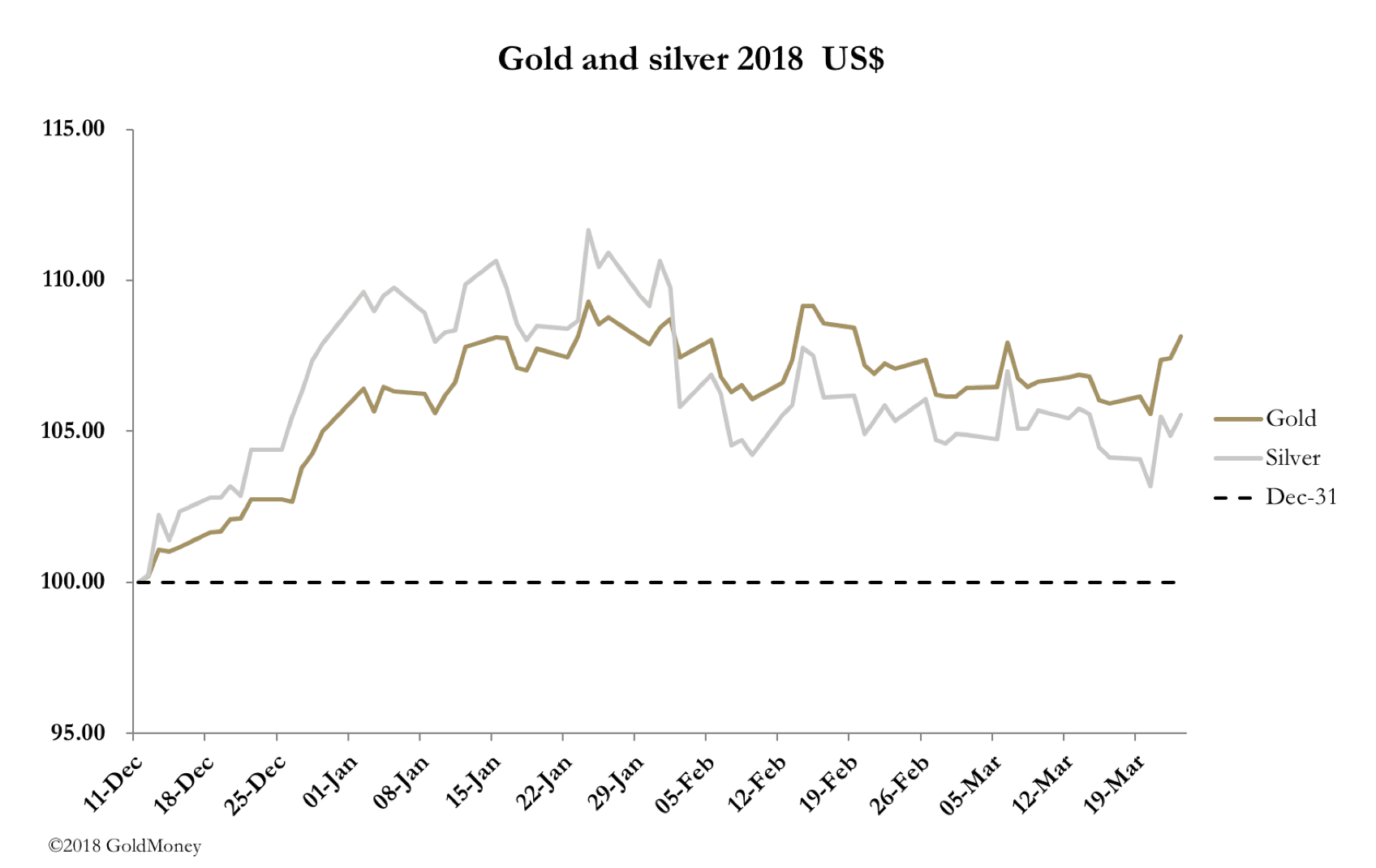 One can be reasonably certain that commentators, noting falling stock markets, will attribute gold’s reaction to an increase in the fear factor. The contrary view is the rise in prices implied by a $60bn tariff increase on a $20 trillion economy is peanuts, and the real impact will be on global demand. And here, the collapse in prices (measured in dollars) becomes the greater risk as economies slide into recession.

We shall see. It must be admitted the first market reaction is not necessarily correct, but this trade war has characteristics very different from the 1930s, upon which mainstream economic price analysis hangs.

The escalation of tariffs against China appears to have been triggered by the recent announcement that Shanghai will start trading an oil futures contract settled in yuan next Monday (26 March). This contract has been delayed since it was first mooted due to the sensitivity involved, being a direct challenge to the petrodollar. Eventually, China had to introduce this contract, because she had encouraged her oil importers to accept yuan instead of dollars, and they needed instruments to hedge the currency risk.

There is little doubt the US fears the threat from this contract to the dollar’s status. The timing of these events indicates the Trump administration threatened the Chinese with tariffs if they went ahead with the oil for yuan contract, and those threats have now become reality.

We can now be reasonably certain the dollar will lose purchasing power over time, on the grounds that demand for it in Asian oil trade will diminish. Alternatively, we can argue that if tariffs threaten global trade, dollars in global circulation will at the margin become redundant.

This is not the argument gold bugs have seized upon. Instead, they expect some of the forward hedging through the yuan-oil future to lead to the buying of matching gold-yuan futures in Hong Kong and Dubai. While there is the potential for these contracts to be used to buy gold on international markets without using dollars, it may be wise to await developments in this direction. That being said, there can be little doubt this option is attractive to oil exporters such as Iran and Russia who prefer gold to dollars.

In the short term, the tariff news has generated, or at least coincided with, a strong uplift in open interest on Comex. This is our next chart.

Since 9 March, open interest has risen 63,000 contracts, equivalent to nearly 200 tonnes. And the April contract seems to be rolling into June without problems. Technically, this smells good.

Lastly, our final chart shows the lower bound of consolidation has held, and the outlook for the gold price remains positive. 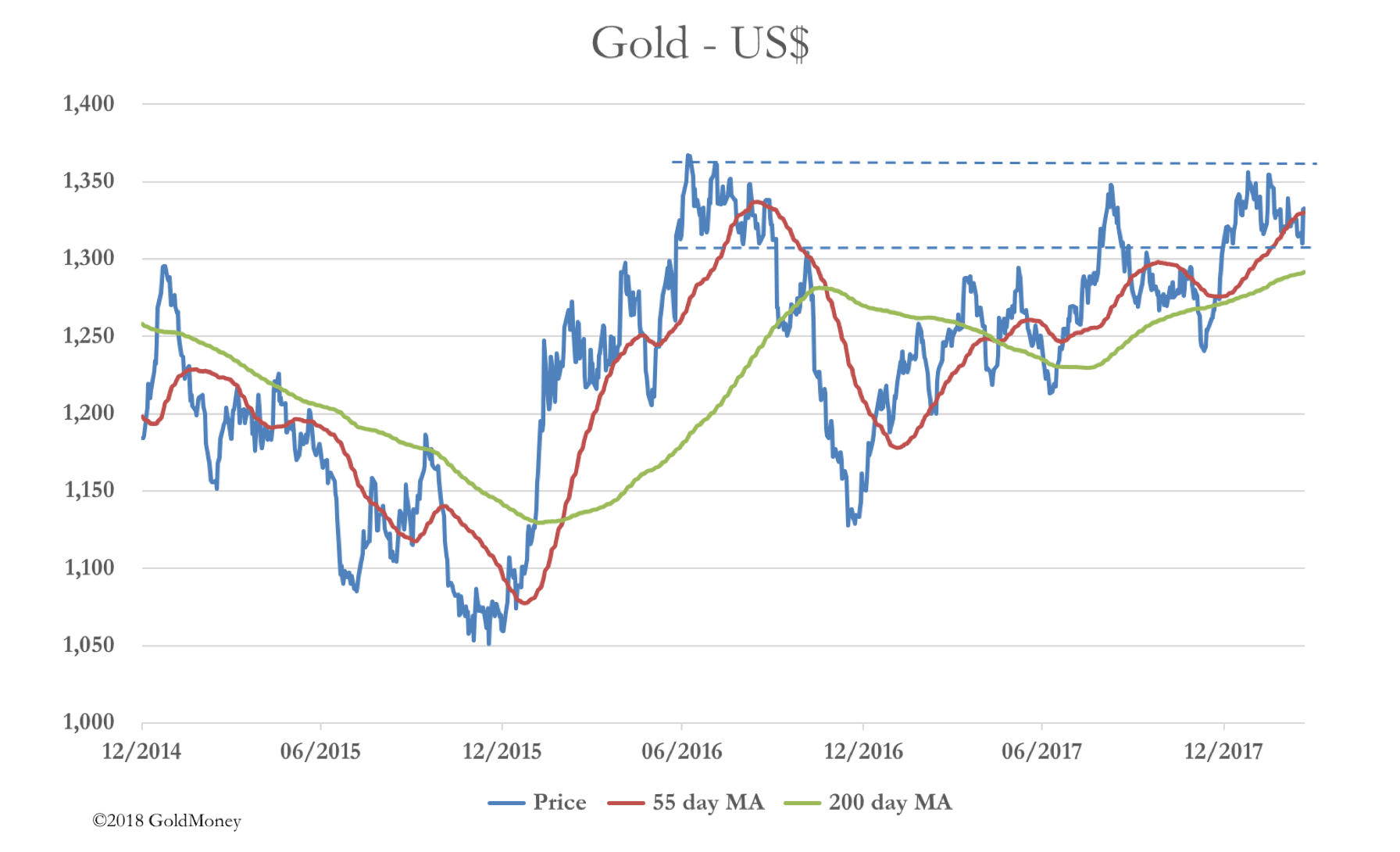