After barely changing the week before, gold is $5 lower this week from last Friday’s close, to $1320 in early European trade this morning, and silver was 5 cents lower at $16.47. 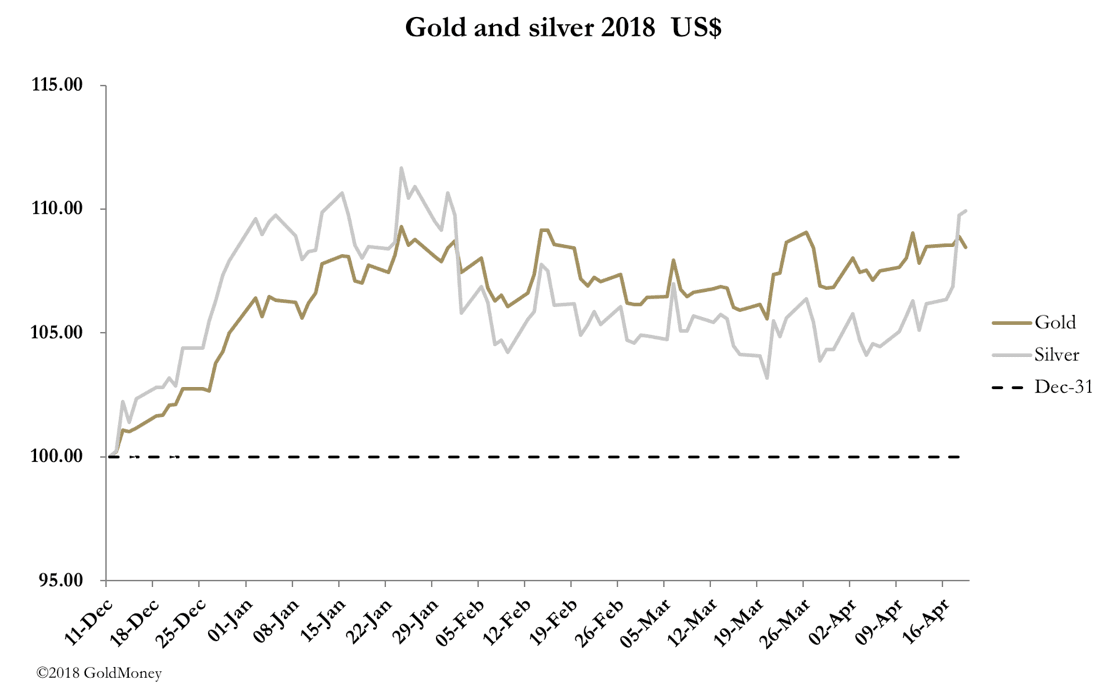 On Comex, silver remains in deeply oversold territory, while gold is broadly neutral. Silver appears to be following the base metals, which have been drifting lower, while the dollar continues its consolidation of earlier falls. Consequently, the gold/silver ratio is up at over 80, a level that historically has been too high to sustain, as the next chart shows. 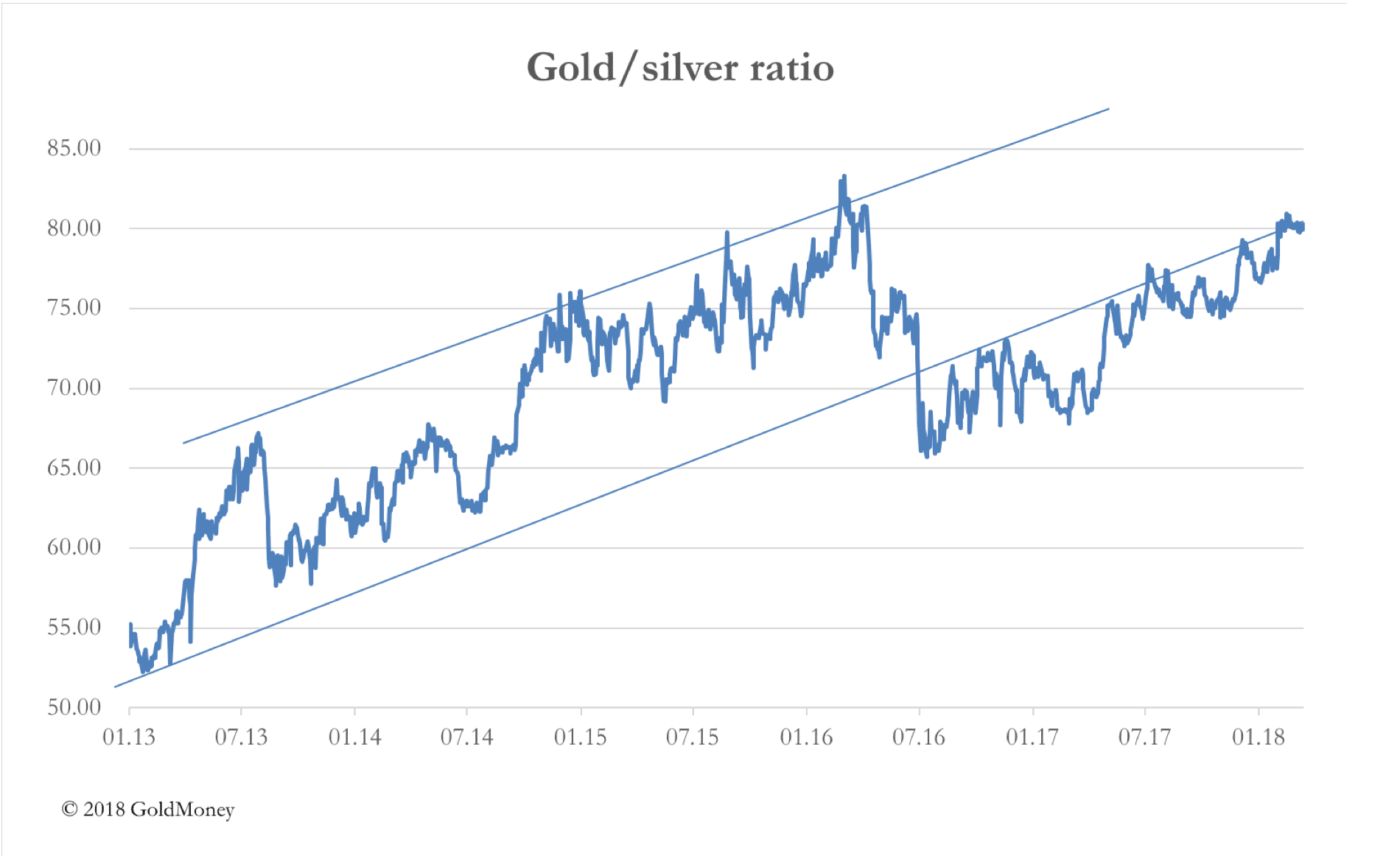 It seems the bottom of the rising channel going back to 2013 has been putting a lid on the ratio, and it is now close to historically high levels as well. Coupled with the oversold condition on Comex, we can see why the ratio should begin to fall, initially to 75, and then 70. Assuming no change in the price of gold, it implies a silver price target of $18.80.

Part of the problem appears to be a pause in Chinese demand for base metals, awaiting the reaffirmation by the National Congress of the Communist Party of the state’s infrastructure plans for the next twelve months.

The Congress has now ended, but there’s another hitch. A merger of China’s banking and insurance regulators was announced, with the intention of reducing risks from shadow banking. As these off-balance sheet activities are brought on-balance sheet, it is feared it will lead to liquidation of speculative long positions in base metals, accumulated in the belief the state would be a big buyer post-Congress.

Whether this assessment is true remains to be seen, but it is clear the Chinese regulators are keen to eliminate speculation in commodities, which has the effect of driving prices up against the state. But as we have seen on Comex, there are large speculative positions outside China the other way, praying perhaps for a dollar rally.

Gold seems to be different. The next chart shows the net position in the managed money category. 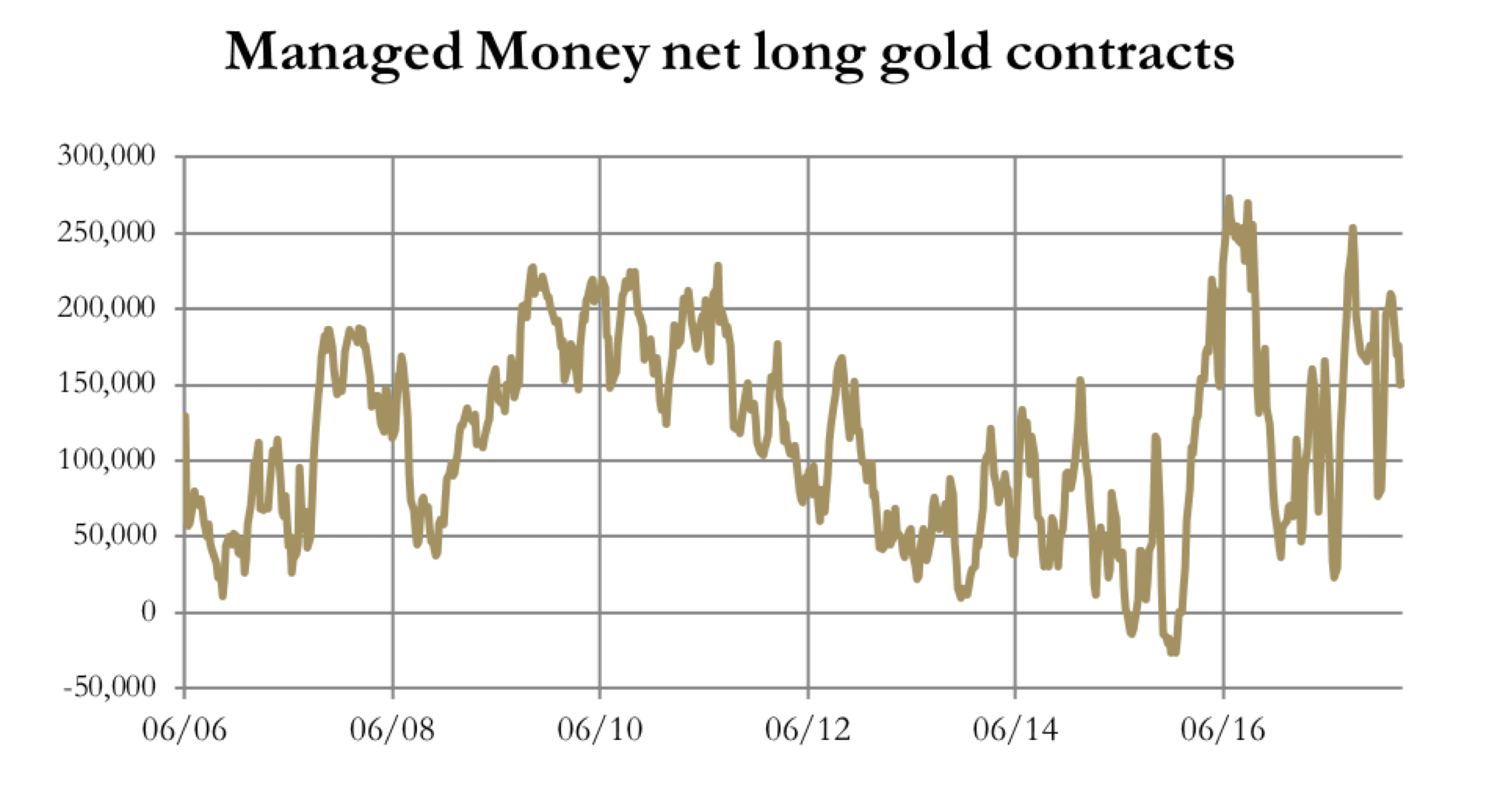 Compared with a long-term average of 115,000 contracts, gold is somewhat over this figure at 150,700 contracts. Gold seems to be reflecting a balance between the short-term recovery in the dollar’s trade weighted index, and a longer term bearish outlook for it.

We should also bear in mind that in other currencies, gold looks significantly cheaper than priced in dollars, as the next chart illustrates. 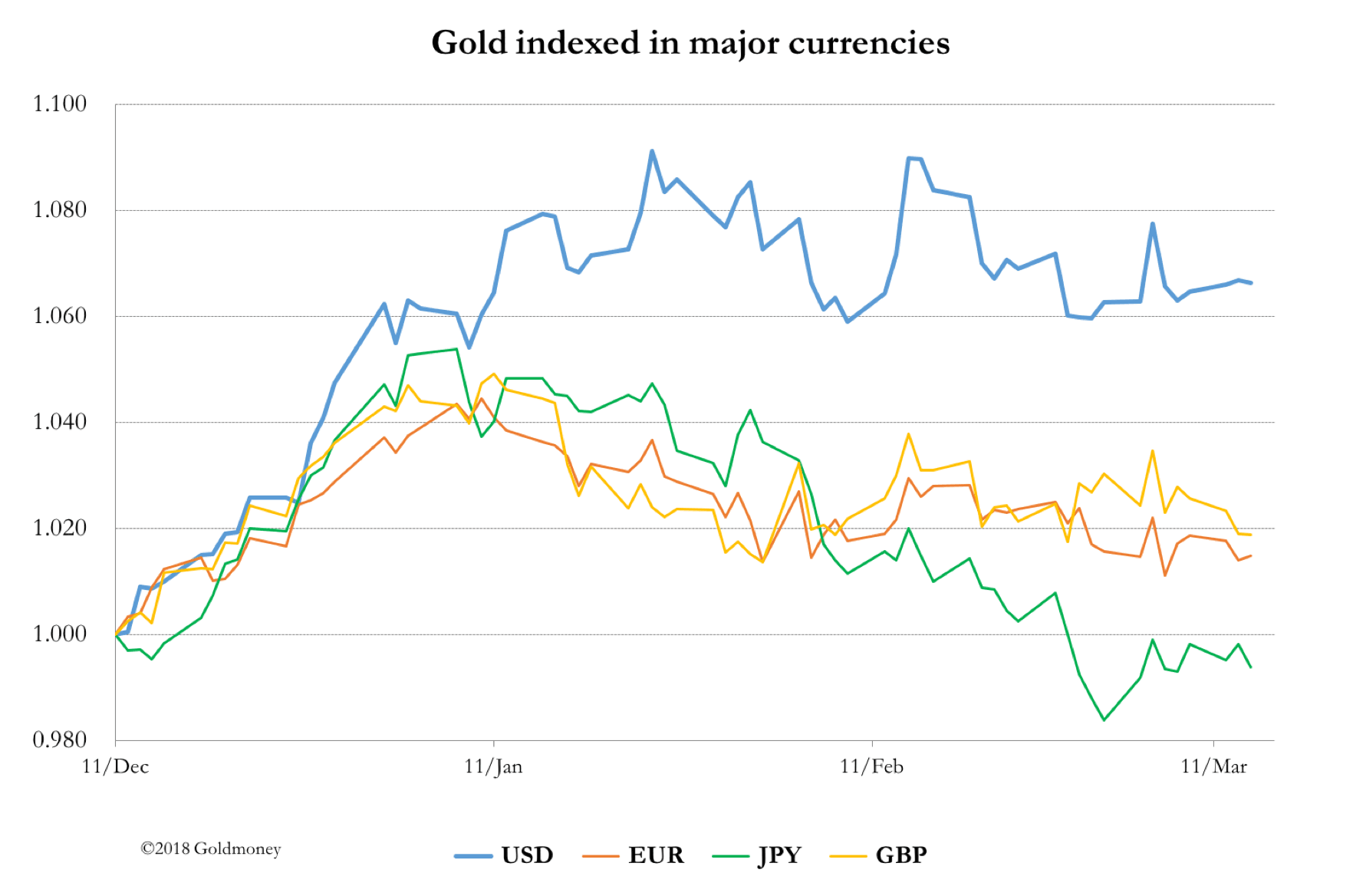 Priced in yen, gold has lost 1% since the major turnaround in early December, and it has only risen a modest 2% in sterling and euros. This is a market that appears to have gone to sleep, with only savvy buyers, such as the Russians, continuing to quietly accumulate physical metal.

However, in the background there is a rapidly deteriorating geopolitical situation, with Russia, appearing confident with the best missile technology and about to re-elect Putin with his customary landslide. In the West, the assassination attempt against a Russian ex-spy and his daughter is escalating the move back into a cold war, cyber war, or even worse.

One can’t help thinking that picking a fight with the world’s largest energy supplier is ripe with unintended consequences. Snoozing into spring may not last long.