Jul 19, 2019·Alasdair Macleod
This week has been good for gold and silver prices. After months of underperformance that saw the gold/silver ratio hit 94, silver suddenly surged, suggesting it has been badly mispriced. From last Friday’s close, silver rose $1.22 to $16.41 in early European trade this morning (Friday), and gold rose by $24 to $1440. That is up 7.4% and 1.7% respectively. 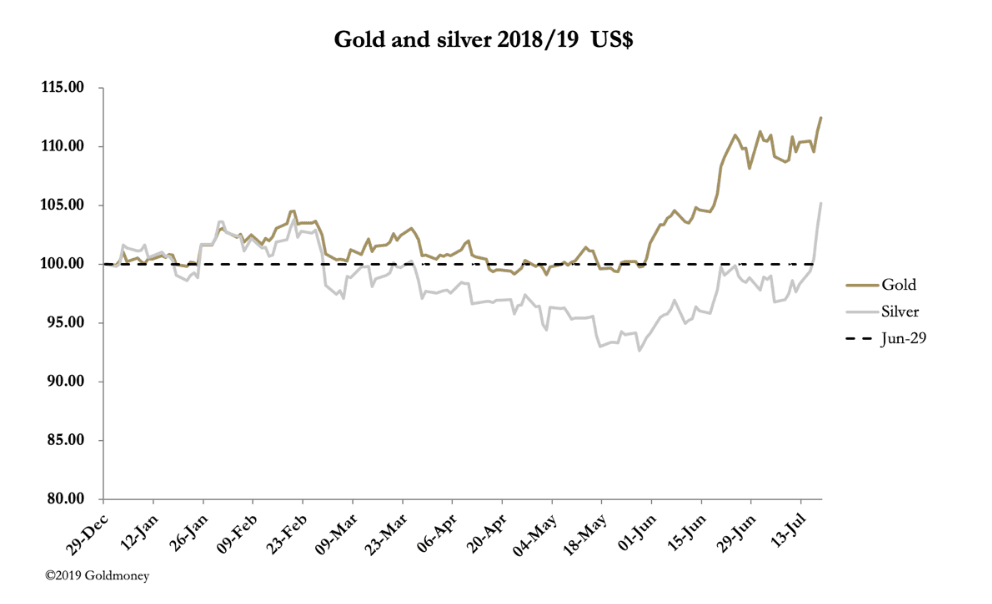 Gold’s move is certainly catching the attention of investing institutions around the world, which could afford to be complacent so long as the gold priced was capped below $1360. Those days are gone, leaving them underexposed to an asset that’s telling them a new story. The move towards lower dollar interest rates has gained momentum, with John Williams, President of the New York Fed saying yesterday that the Fed should take swift action, including returning interest rates to the zero bound.

It was interpreted as policy, which is jumping the gun, but it woke up markets to the severity of the recession threat and the possibility of a two-notch cut in the Fed funds rate as soon as this month.

How do those not yet invested in gold play it? They will be looking at the gold chart with a view to timing entry. The technical position is shown below. 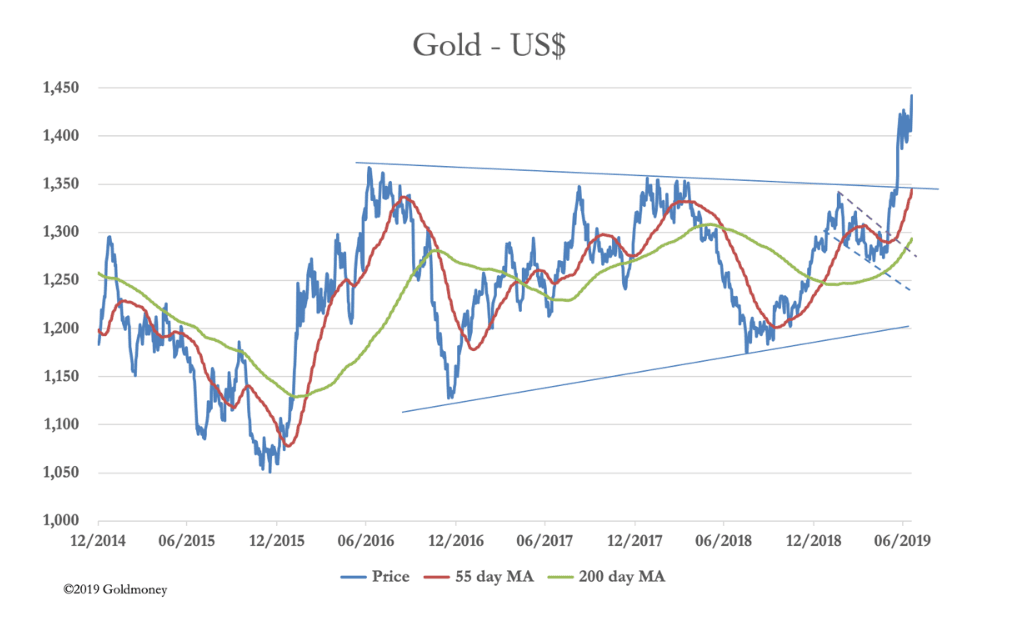 Clearly, gold is in a bull market, and after this sudden jump must be very overbought. That said, the potential overhang of investors trying to get their heads round what is happening must be enormous.

There are other factors. Central banks will be considering reserve asset allocation, as illustrated by a YouGov poll conducted for the World Gold Council released yesterday. The poll showed that emerging market and developing economy central banks intend to increase their gold reserves this year, at a similar pace to last year when central banks added 651 tonnes. The natural conclusion is that central bank demand will produce a comparable outturn this year.

The poll was completed on 17 June, when gold stood at $1340. This raises the question as to how gold’s subsequent price action will have affected intentions. A clue may be found in the poll’s other findings, particularly with respect to the renminbi. Here, over three quarters of central banks expect allocation to the Chinese currency to increase over the next five years, with one third expecting the shift to be substantial. While respondents seemed broadly ambivalent about dollar and euro allocations, the overall message indicates the geopolitical tectonic plates are shifting away from King Dollar.

No surprise here, perhaps. But as dollar interest rates move towards the zero bound and President Trump continues his new push for a lower dollar, maybe central banks will want to add to their gold reserves at a greater pace than the survey indicates. This could clash with the general public’s growing demand for physically-backed ETF holdings. 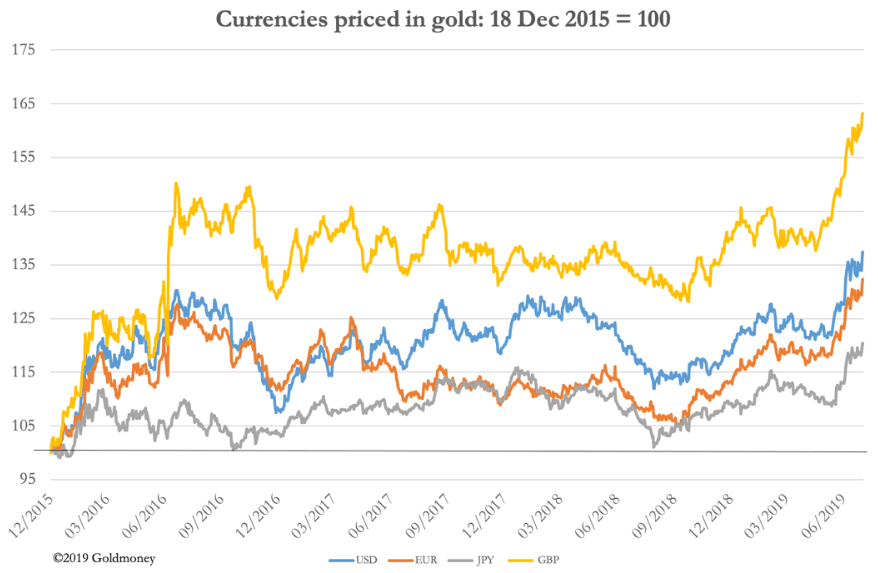