Gold and silver continued their consolidation into an eighth trading day this morning, from the intraday peak on 13 August. The band has tightened on declining Comex volume, which is as one would expect in a bullish consolidation. From last Friday, gold fell $17 to $1496 by European trade this morning (Friday) and silver by only five cents to $17.06. 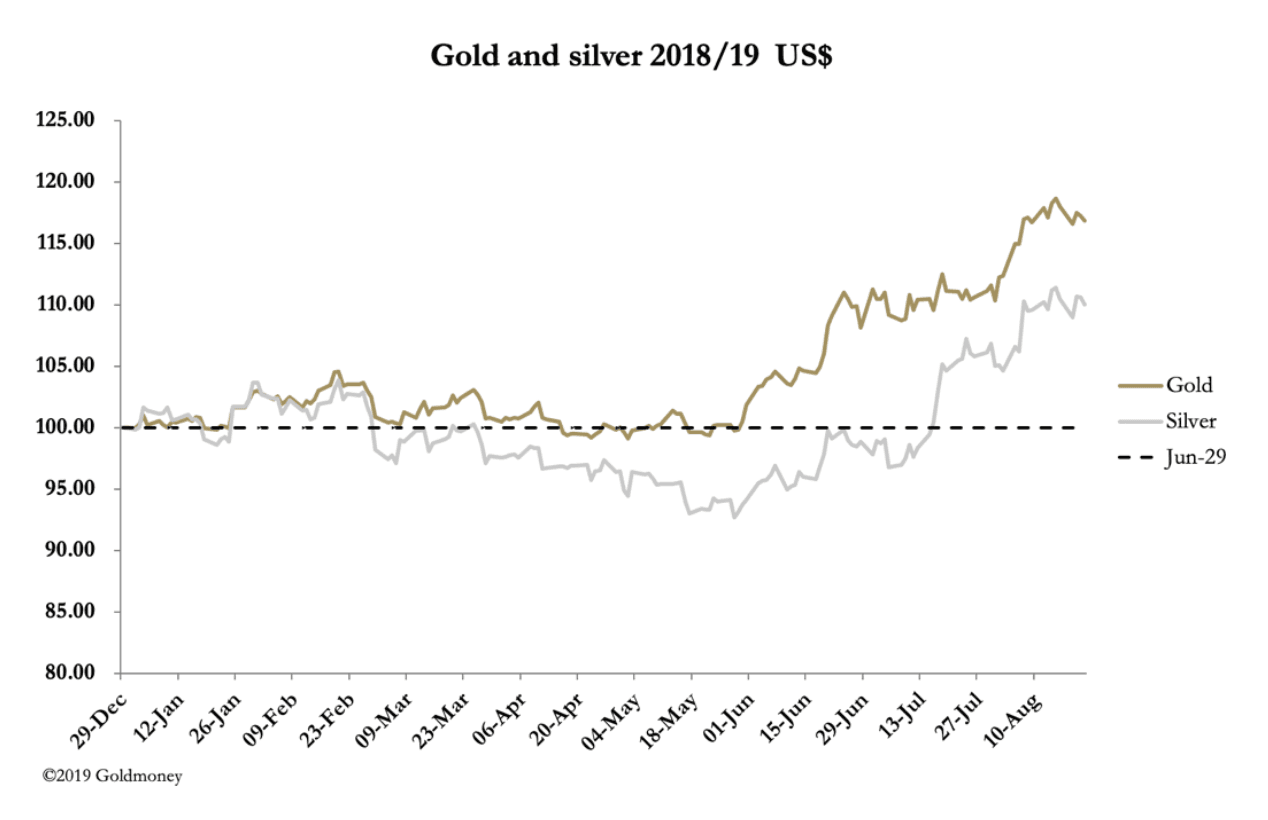 Gold appears to have found support in the low $1490s, so it will be interesting to see if that still holds today. If it breaks, often you will see such a move being temporary, as serious buyers grasp the opportunity to buy more. Alternatively, if it holds, we could see a little more range-trading.

Silver performed relatively well during the week, and with a gold/silver ratio still in the upper eighties, appears to have the greater short-term potential. This is our second chart. 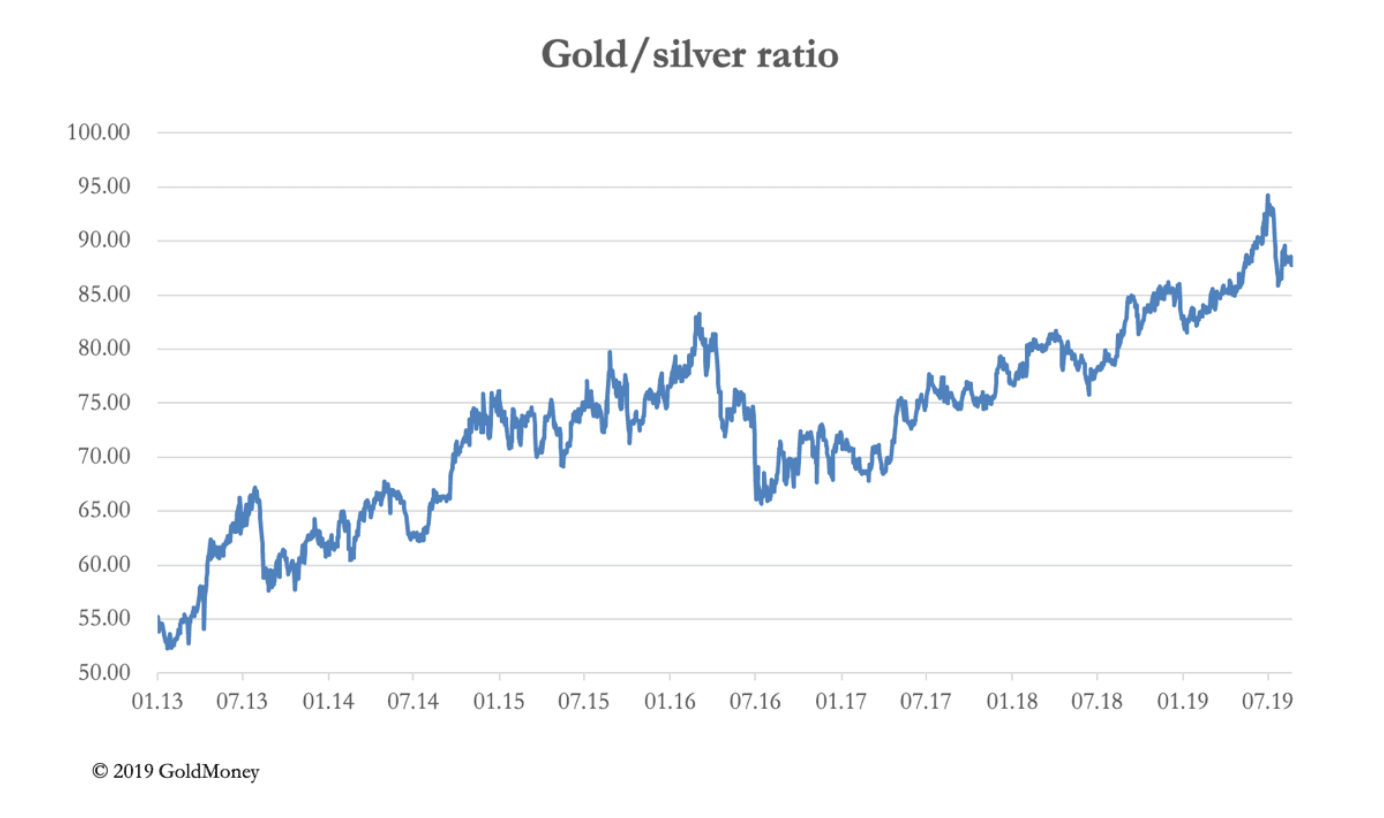 A chart like this tells you not much more than reminding you that in less than seven years the ratio has moved from the low fifties, quantifying how unfashionable silver has become at a time when the debasement of fiat currencies is increasingly certain to accelerate.

If gold can support a massive $300 move from under $1200 in a year, reflecting increasing economic and systemic uncertainties, then a simple calculation based on the long-run history of relative volatilities suggest that the silver price should be between $20-22, for a gold/silver ratio of below 70. And the more we see an approaching recession, the more likely we are to see the gold/silver ratio fall towards these levels and below.

Meanwhile, the gold price has risen sharply in yuan and rupee terms, which could have a negative impact on jewellery sales. In India, this effect is likely to be less significant than in China, because the Indians have a gold habit which is more firmly based. Chinese housewives are probably more likely to pause and think before buying much more, or even consider scrapping some of their collection.

This alerts us to evolving changes in the character of the bullion market. Demand is shifting from jewellery towards financial and monetary reasons for buying. And here there are three principal sources of increased demand. First, central banks, particularly those on the Eurasian continent, which in uncertain financial and geopolitical times see the merits of adding to their gold reserves. Furthermore, they see their major trading partners, Russia and China, accumulating reserves. Central banks also have a problem, which is not talked about much, and that is a lot of them have leased out and swapped bullion, so their actual reserves are overstated and not totally in their control.

Second, physical gold is dwarfed by OTC derivatives and futures contracts, and more bullion is required to back these markets in the changing financial environment. And third, Asian and Arab billionaires, as well as European family offices, faced with the prospect of higher negative rates in the fiat money markets, are almost certainly shifting in gold’s direction.

If there is one overriding driver, it is the prospect of yet greater negative interest rates. Meanwhile, one-year gold yields a positive 1.9% on the London Metal Exchange.

We live in interesting times.