This week, gold and silver consolidated a recovery from oversold conditions that, in gold’s case, have never been seen before. In early European trade this morning, gold traded at $1206, unchanged on the week, while silver was at $14.66, down a net fifteen cents on the same timescale. 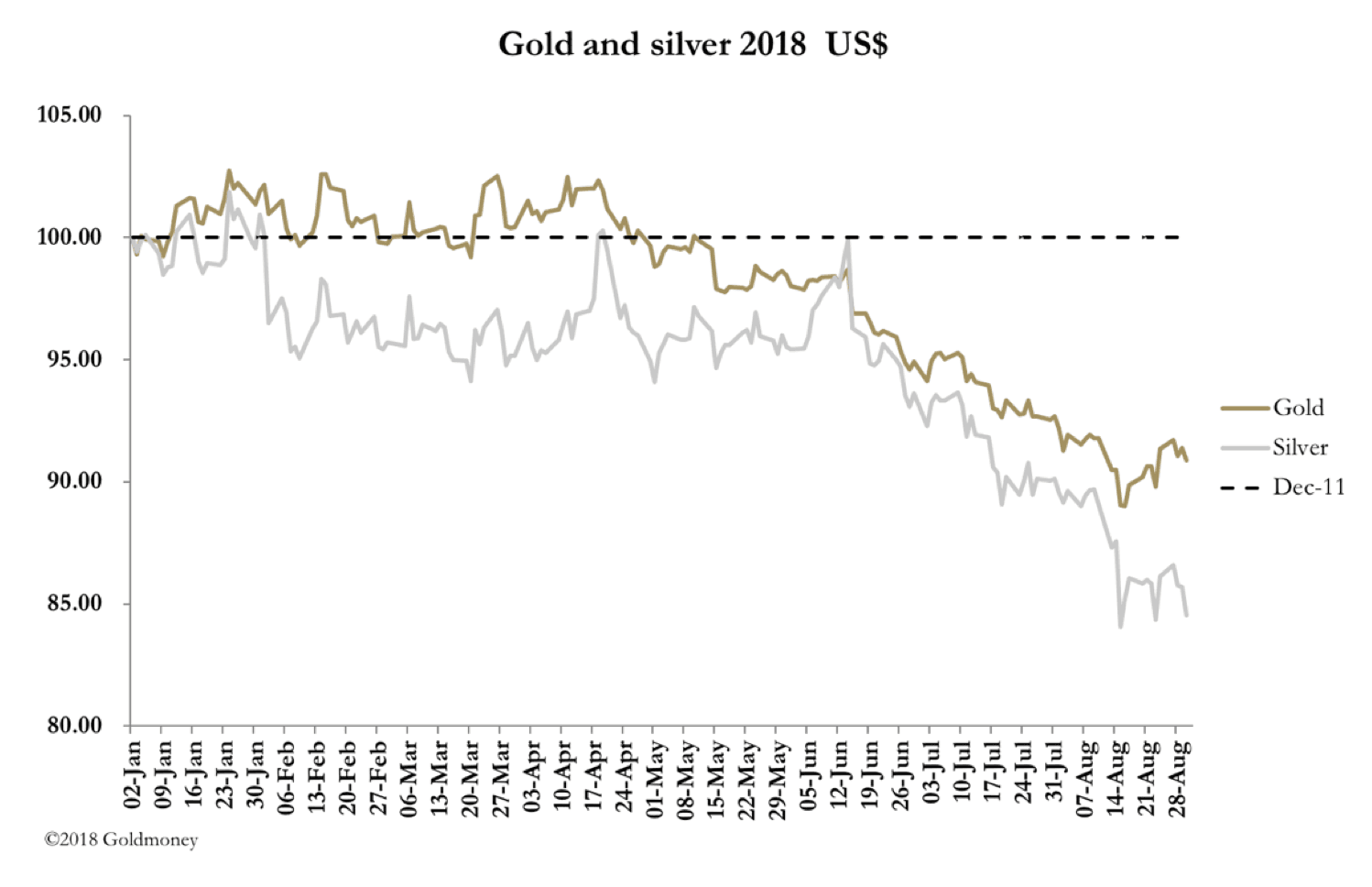 Our next chart shows how bearish the hedge funds have become, being of the net position of the managed money category in Comex gold, as of Tuesday, 21 August. 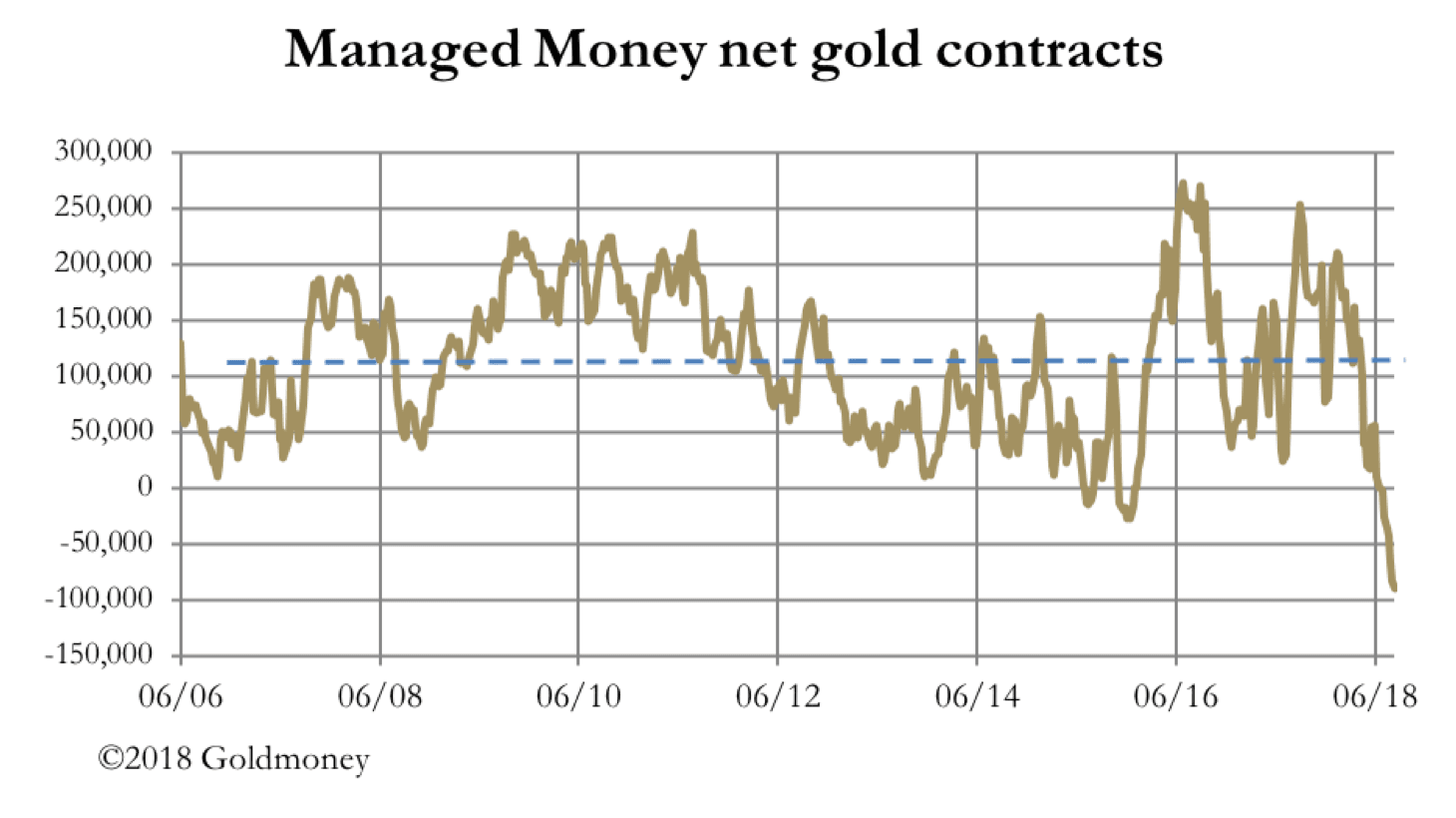 Comex has never seen net shorts this extreme, standing at 90,028 contracts. The date of record for the commitment of traders report did not coincide with gold’s low point, which was on the previous Thursday. It is therefore likely that the extreme net short position exceeded 100,000 contracts.

The pecked line represents the arithmetical average over time and stands at 111,000 contracts. For gold to return to a fully neutral position requires this category to buy over 200,000 contracts net, which is the equivalent of 622 tonnes of gold.

The culprit is the dollar, which has seen a rush of hot money sell everything to buy it. The basic presumption appears to be that a new credit crisis in emerging market currencies will drive foreigners to cover their dollar commitments. But as I have pointed out repeatedly, foreigners already own dollars in the largest quantity ever, and US ownership of non-dollar assets has been declining for some time.

In the absence of an immediate EM crisis – and we are not denying that individual EM currencies are vulnerable but aren’t they always – we can at least expect paper gold to stabilise and correct.

In recent days, the dollar’s bullish momentum has ebbed, with the USD Index Futures cash contract declining from 96.73 to on 14th August, to 94.57 this morning. The most significant correction since February, has now developed. The largest component of the index, roughly half, is the euro, followed by the yen. We can forget the minor currencies in this context.

It must be dawning on the dollar longs and gold shorts that this consolidation could take longer to play out. Therefore, they will look to use dollar rallies and dips in the gold price to reduce their exposure. In the context of the gold price, these speculators will regard the $1200 level as a potential supply point, having smashed through it on 13 August. Therefore, you buy any dip back under that level.

We saw that this week. And now, the first time in months Europe has this morning taken the lead towards a rally in the price, gold having breached the $1200 level today. There is a good possibility that it will close higher in US trading later today., in which case stops will begin to be triggered.

That being the case, with $1200 behind us the squeeze will be on. The only rescue for the bears is likely to be news that pushes the dollar higher, but everyone has already bought it and is looking to sell on rallies.

It will be interesting to see how this extreme position unwinds.