Comex volumes for gold and silver have dropped off significantly this week, almost as if Christmas trading arrived early this year. The dwindling band of bulls suffered minor pain, with gold drifted $10 lower from last Friday’s close to trade at $1238.5 in morning trade in Europe. Silver fared better, up nine cents at $14.62. 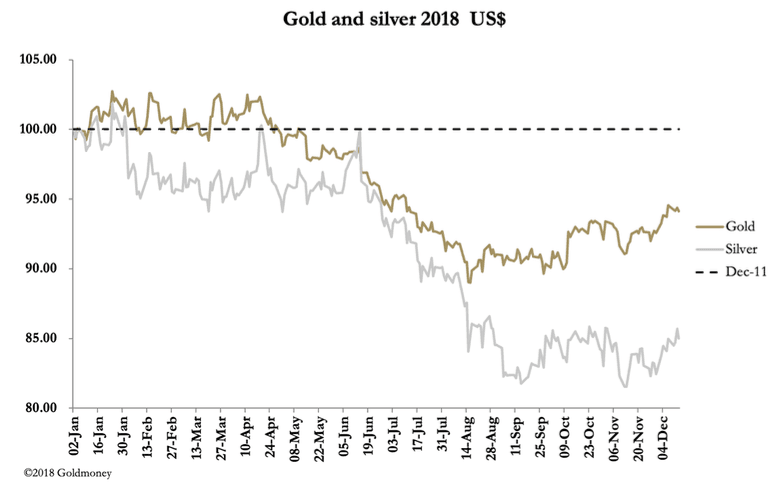 Part of the reason for gold drifting aimlessly is the dollar’s trade-weighted index was firmer on the week, generally holding onto 97+ territory. However, as the next chart shows, it appears to be losing its bullish momentum. 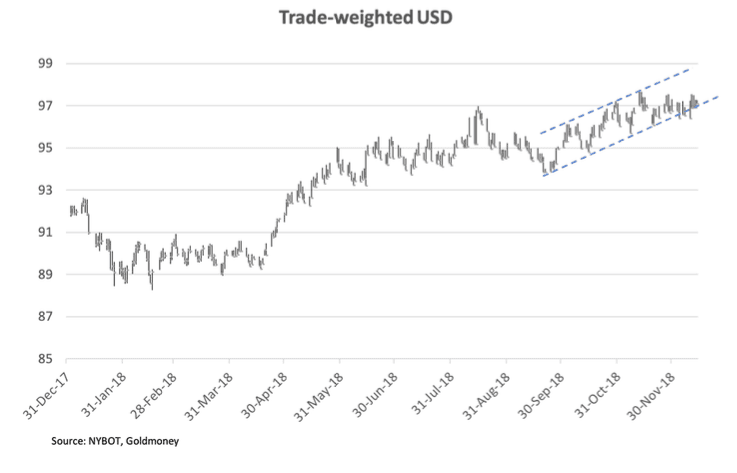 The well-defined mini-channel uptrend bounded by the pecked lines is failing. It could be that the TWI is topping out, or the prelude to a slightly longer consolidation before the dollar’s uptrend resumes. And given more than 50% of the dollar’s TWI is weighted by the euro, the euro’s prospects are of overriding importance.

The euro certainly has problems. Attention has been diverted by the Brexit stalemate, with foreign exchange traders concentrating on the negatives for sterling. What is being missed is the potential catastrophe for the Eurozone on a No Deal, which is increasingly likely. We cannot rule out a crisis for the euro, and therefore a bullish move for the dollar’s TWI towards the 98-99 level.

Perhaps in the fast-moving Brexit situation, traders this morning are beginning to take a negative view on the euro. If so, they will think the dollar should be bought for another run. This could be pushing the gold price to test minor support this morning, extending towards the low $1230s. But assuming that gold is only a dollar story could be an expensive mistake.

Gold’s crazily oversold condition, whereby the managed money category on Comex went net short to a spectacular degree has been partially corrected with the expiration of the December contract. But it is still in record oversold territory, as our next chart shows. 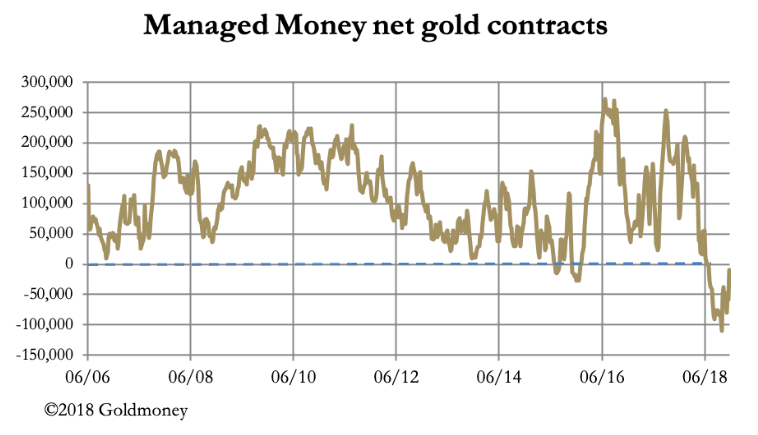 Since disaggregated commitment of traders’ statistics were introduced in 2006, there have only been two previous occasions when this measure has recorded net shorts. These were in July and December 2015, when the four-year bear market from $1920 ended.

Given all technical and market-based reasoning, we have a strong signal that gold is now set for a good rally. Emotionally, no one is prepared for it, with even some gold bugs throwing in the towel. The price has rallied over 6% from the August low, and despite this, people remain stubbornly bearish.

However, the physical market appears to have a very firm undertone. Lucky Indians were accumulating gold at the lows for Diwali a month ago. Lucky Chinese are now doing the same for their new Year in early February. And the Russians are busy converting their petrodollars into bullion at favourable prices.

The ones who have been less lucky in 2018 have been the Americans and Japanese. Thanks to currency weakness, the Brits and Europeans are up on the year, as our last chart shows. Which is more than can be said for investors in bonds and equities. 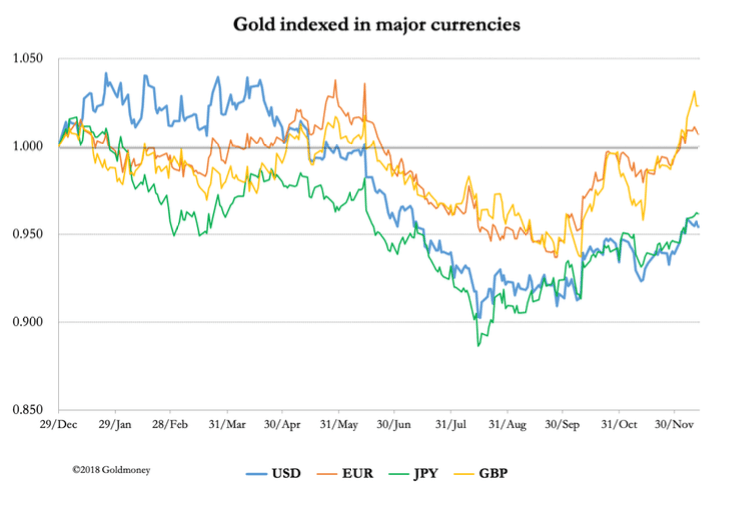