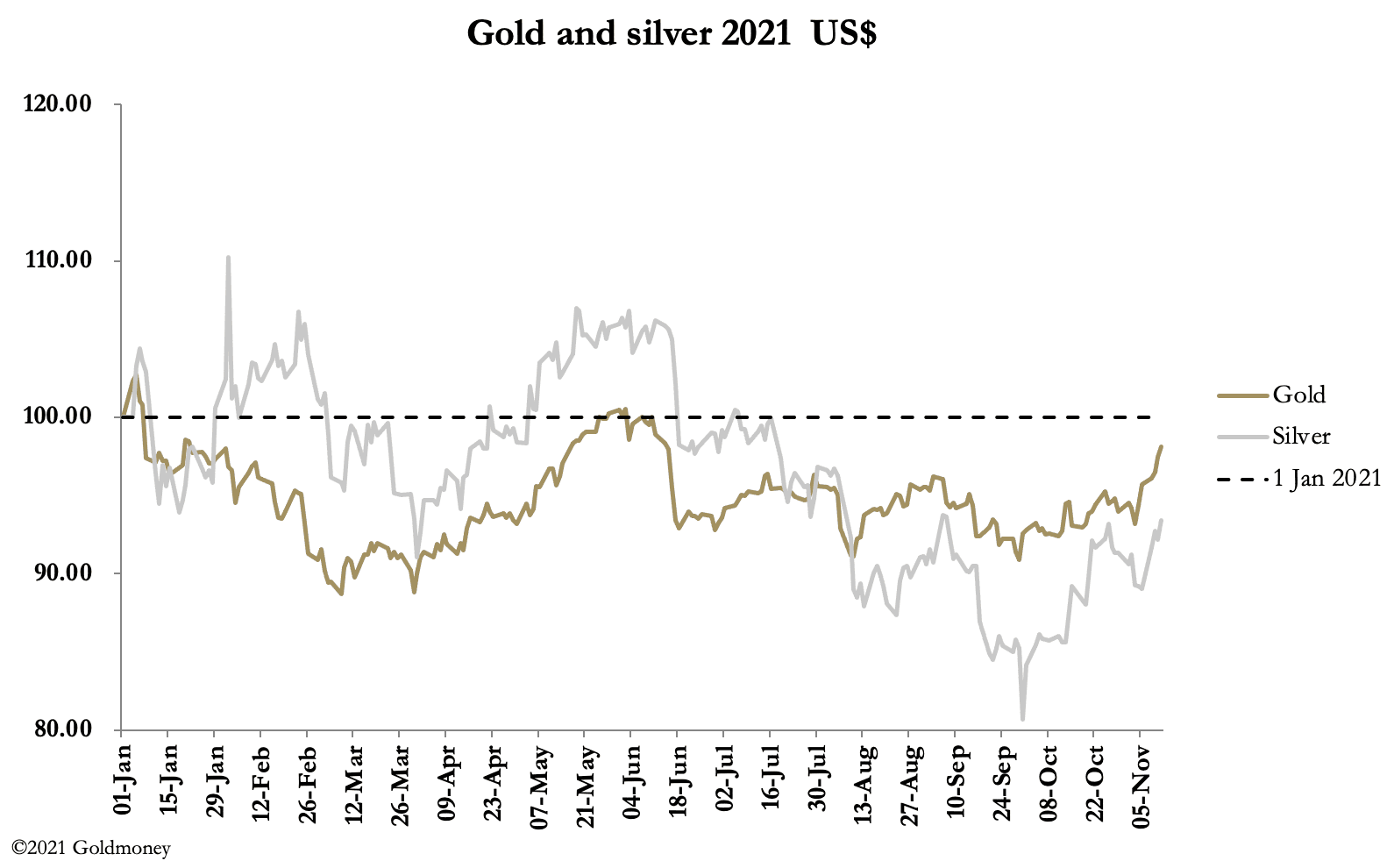 Gold and silver continued their rally this week, following the shock US CPI announcement on 4 November, but in early morning trading in the UK time zone profit-taking appeared. From last Friday’s close gold was up a net $28 at $1846, and silver up 70 cents at $24.87. Comex volumes were healthy, and notably heavy on Wednesday.

Open interest on Comex has jumped significantly, particularly in the gold contract, which is our next chart. 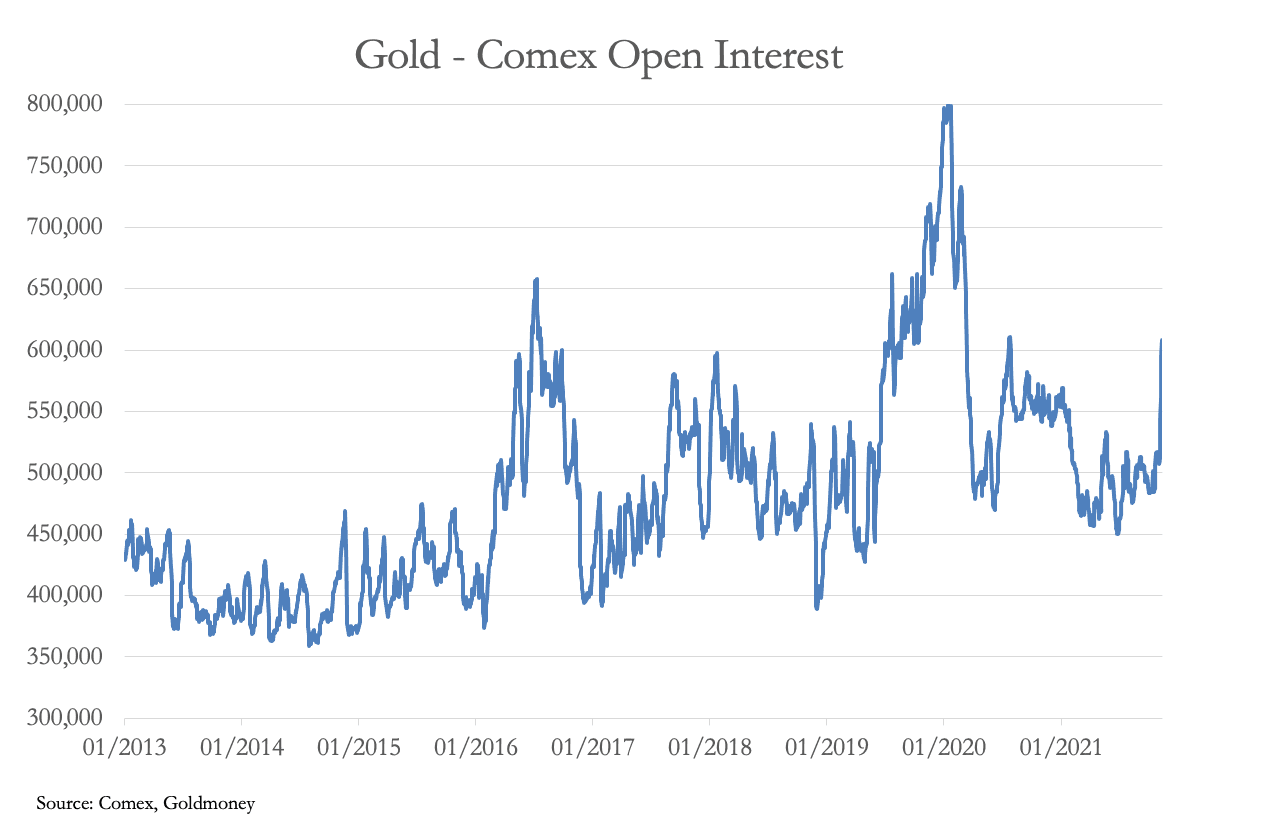 From 3 November, open interest has increased by 100,786 contracts, an extraordinary increase. This development is unhelpful to the bullion banks hoping to comply with Basel 3’s net stable funding ratio rules by the year-end. As a reminder, the short side of the contract is split 20/80 between producers/merchants and the swaps, the latter including bullion bank trading desks. Unless the producer/merchant category increases its shorts, the extra burden falls on the swaps. The next chart shows the monetary value of the swap positions on 2 November, being the last Commitment of Traders Report available until later today. 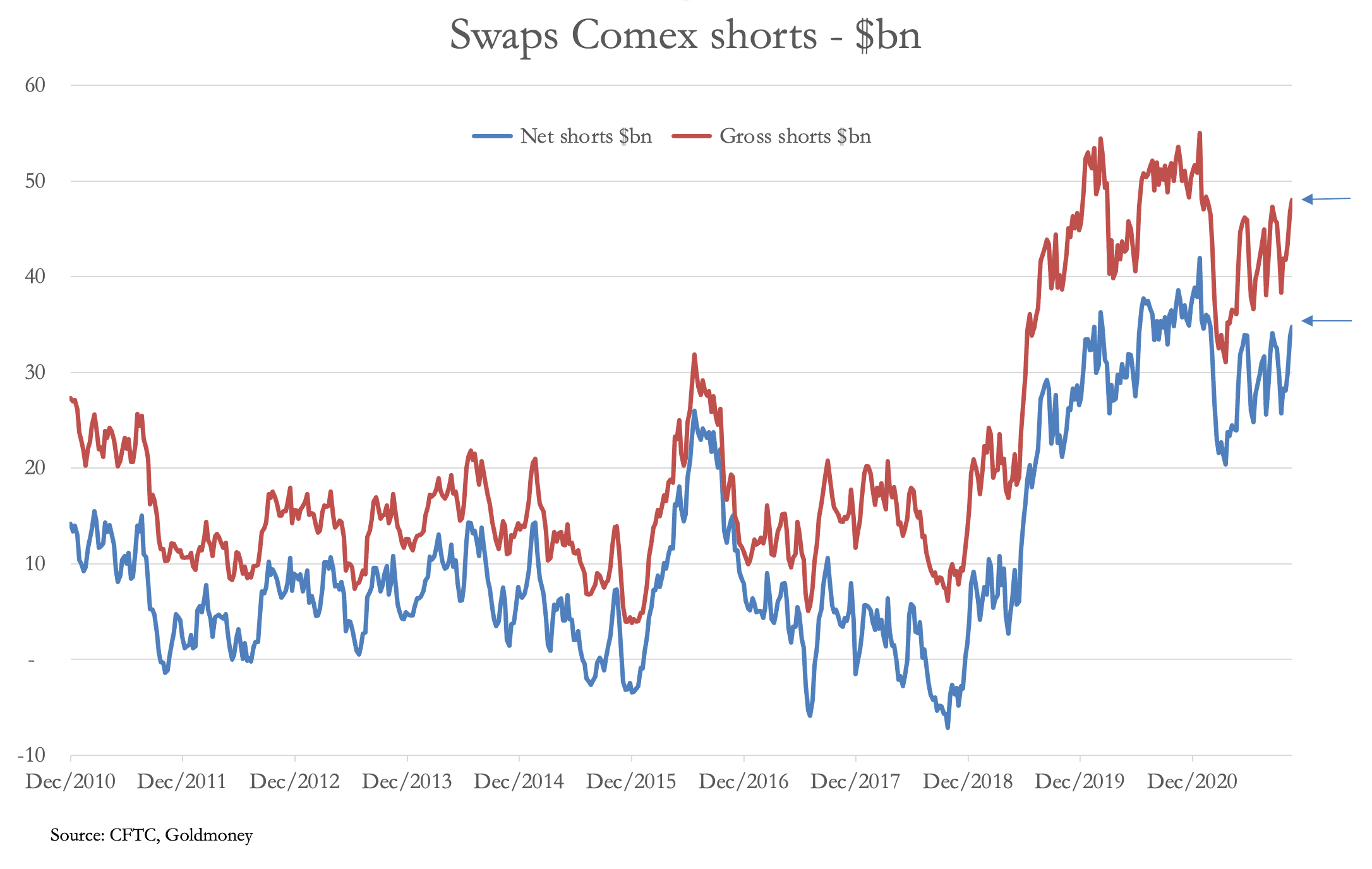 Gross and net liabilities are racing away, and assuming the proportions between producer and swap categories are unchanged, gross swap liabilities probably now exceed $60bn — a new record commitment.

Only some of this will be reflected in tonight’s COT report, because much of the rise in open interest was since last Tuesday. Last week’s market report described the evolving conditions as a bear squeeze on the bullion banks, and that is now happening in spades. To add to the establishment’s woes, the technical situation has turned round, with the gold price racing away above its moving averages, which in a few trading sessions are likely to form a golden cross under it. The current state of play is our next chart. 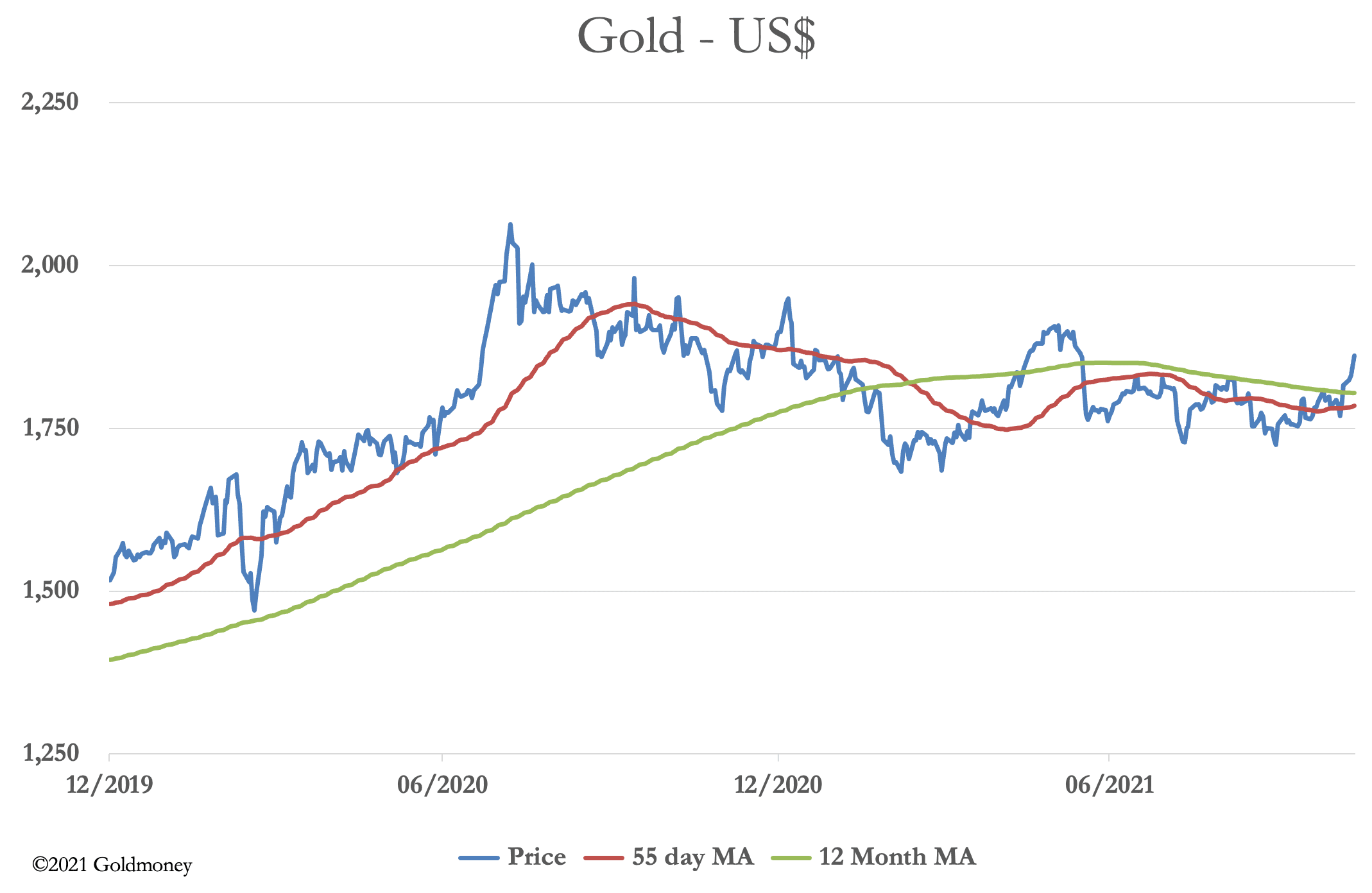 None of this can be fully justified without an appropriate news background. What triggered it was the US CPI print of 6.2% for October, well above the median 5.8% expectation. It was a wake-up call to complacent investors who were prepared to accept the Fed’s narrative that inflation is transient and that when things settle down inflation will be consistent with the 2% target again. That forecast is looking increasingly absurd, as are interest rate expectations, which according to CNBC’s website, are indicated in Fed funds futures markets to be unlikely to be raised before July.

The inflation problem is best encapsulated in a long-term chart of the new US money M1 measure, which is next.

A dispassionate view of this narrow measure of money supply is that from 2020 it has undergone a hyperinflationary shock. While we can argue about the effect of covid lockdowns and the disruption to logistics and labour markets, as Milton Friedman opined, “Inflation is always and everywhere a monetary phenomenon…”

And now that the major economies are struggling to improve, the major central banks are likely to strongly resist market pressures to raise interest rates. For the bullion bank trading desks, these developments couldn’t come at a worse time.