In a trading week shortened by North America’s Labor Day, gold continued its recent consolidation, while silver weakened towards its recent lows. In early European trading this morning, gold was unchanged from last Friday’s close at $1201.50, but silver had declined from $14.54 to $14.14 over the same timescale. 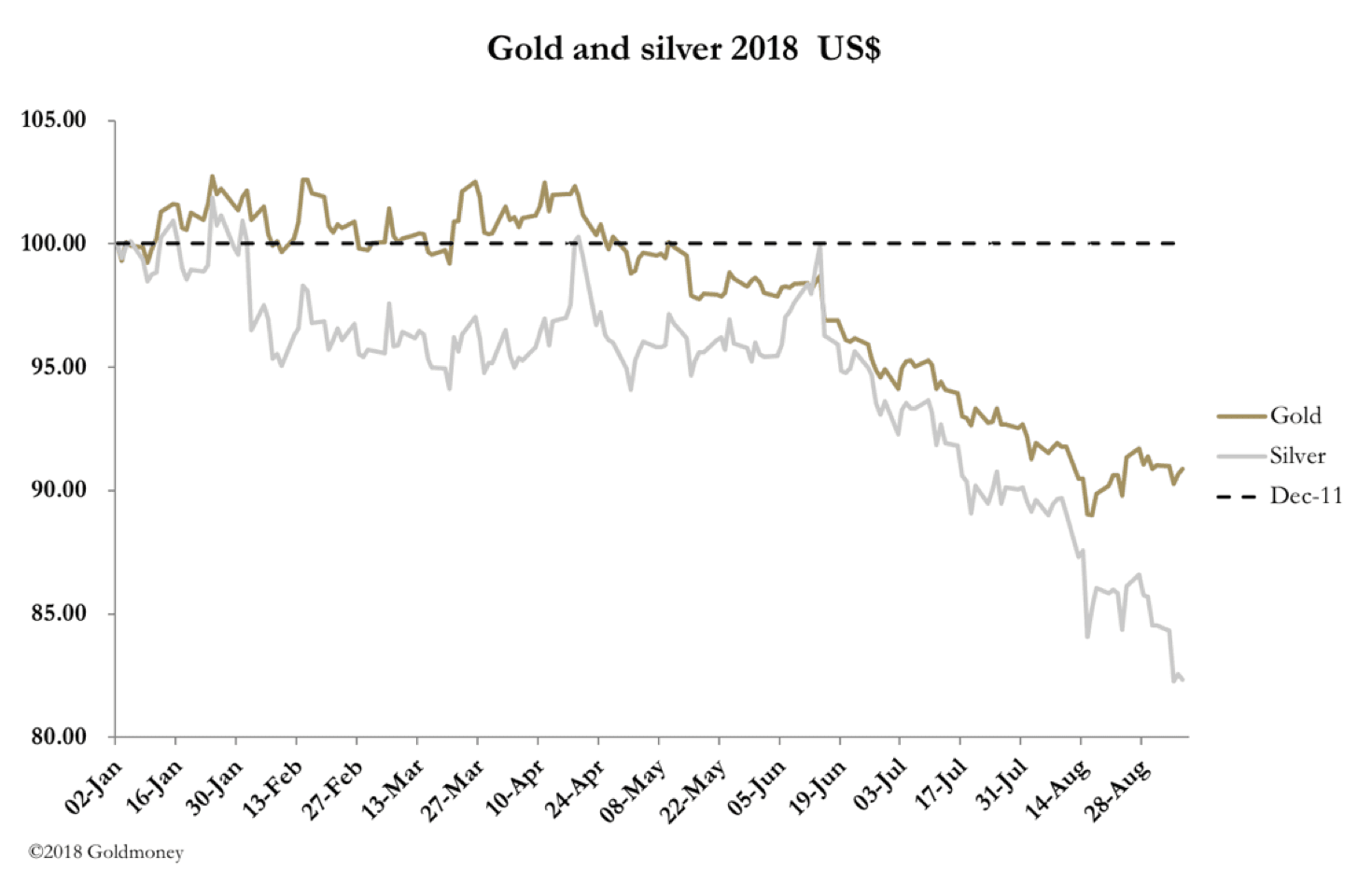 Silver’s decline reflects extreme bearishness in the hedge fund community. This is illustrated in our next chart, which is of the managed money shorts. 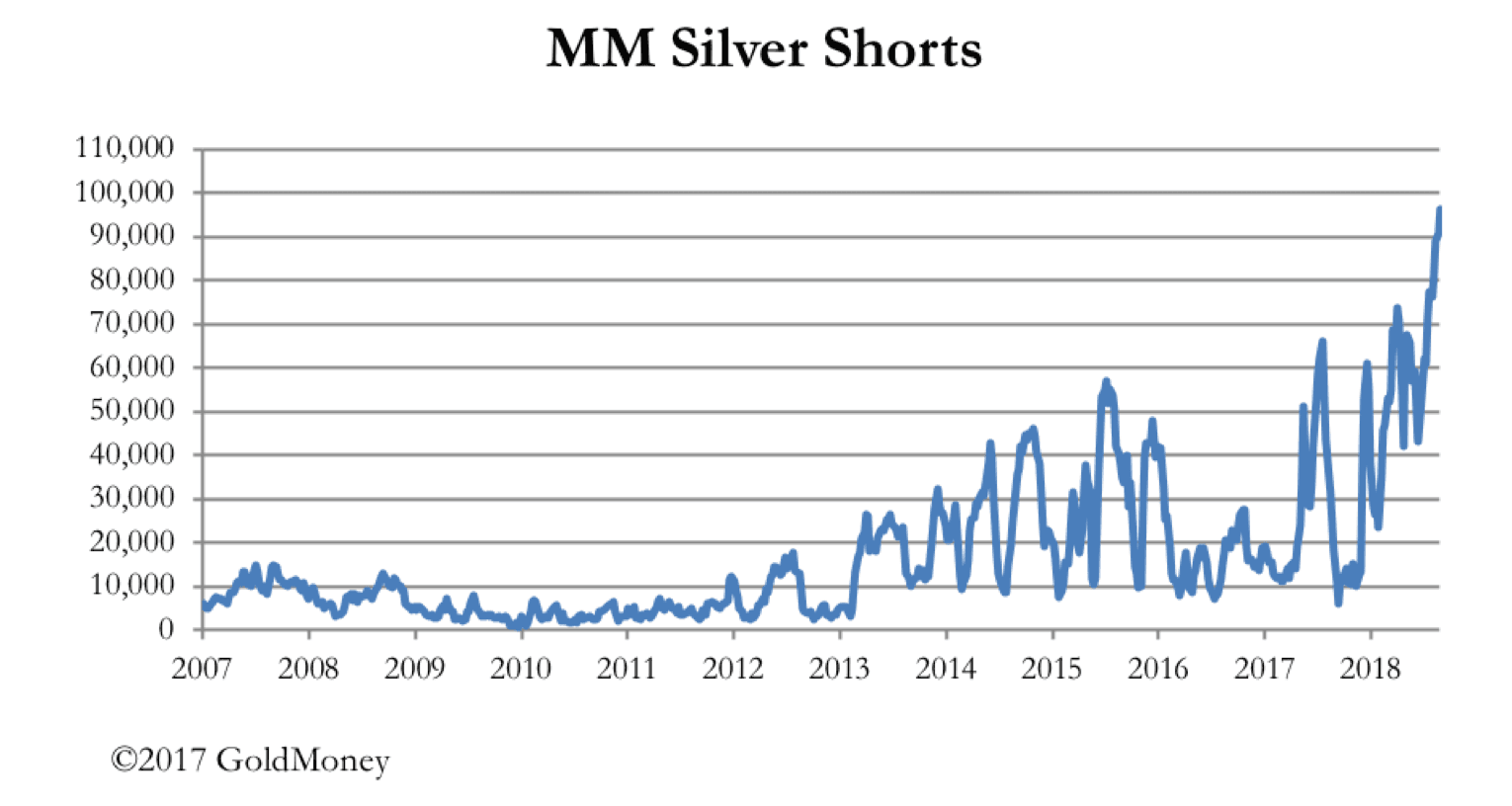 This is truly extraordinary, but we live in times when market relationships, not just for silver, have become very distorted. The gold/silver ratio is our next chart. 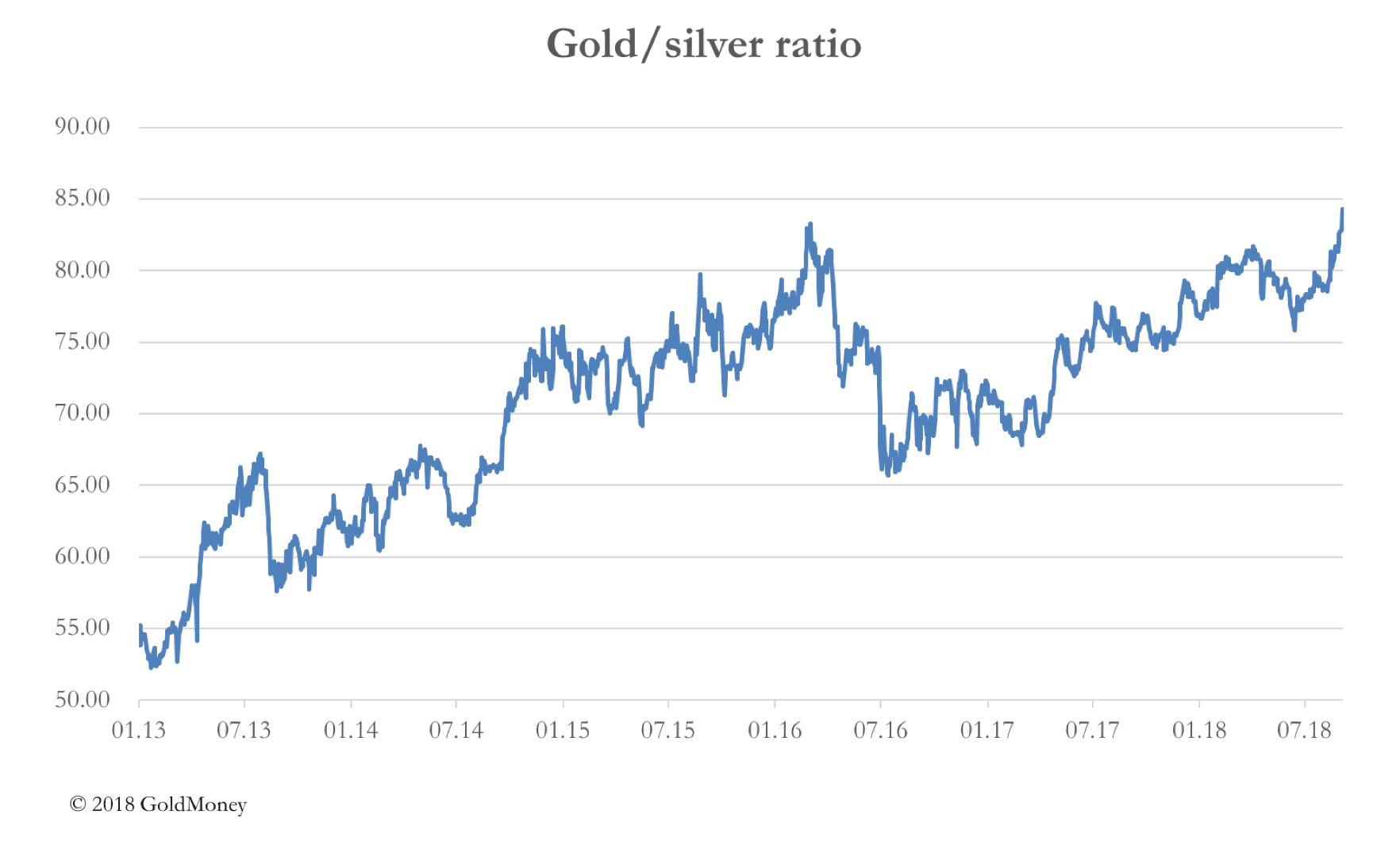 At 84.3, this is also exceptional. It reflects a growing concern that emerging markets are in serious difficulties and could drag the global economy into a new crisis. And there’s plenty of meat for the bears to chew on. The result is base metals, led by copper, have been weak in recent days, while gold’s monetary qualifications have lent it some relative support. Hence the gold/silver ratio going over 80.

In gold, traders will be wary of a successful challenge to the $1210-1215 level, which stopped the initial rally from the August low. If gold breaks that level on the upside, a bear squeeze is likely to ensue. Meanwhile, it is consolidating around the $1200 level.

Of course, the story is still about a general flight into the dollar, which this week was strong over the Labor Day holiday, but tended to drift slightly lower over the rest of the week. Besides the emerging markets story, traders are now beginning to focus on the mid-term elections. The rumour mill is winding up with an op-ed in the New York Times written by an insider alleging all sorts of Triumpian dysfunction.

But, as they say, bull markets (equities are uppermost in media commentary and investors’ thinking) are a wall of worry. In other words, when investors are collectively confident, that is the time to really worry, not before. Certainly, worries are always there, but it depends on relevance, truth, and the emphasis placed on different factors.

Western financial markets consistently misread China, and this time is no exception. Worries that China will buckle under its mountain of debt, tariffs, or whatever, are badly misplaced. China is now beginning to prepare the way for her next expansionary phase, and this should become evident in upcoming GDP figures.

Part and parcel of this is the accumulation of base metals and energy required for infrastructure contracts which are now being placed. This is likely to catch commodity bears on the hop, and probably squeeze the silver bears very hard.

In other news, India has finally admitted defeat in its efforts to sequester gold from her citizens to bolster her gold reserves. This week, it was announced that the reserve Bank had begun to buy gold in the market, joining in with the other Asian nations, who are well ahead of India in the gold game. It is an interesting development for a country committed to Keynesian policies, notable for a dislike of monetary gold.

The wider message is Asians are protecting their currencies by selling the dollar, not to buy their own currencies, but for gold.