Regular readers of these market reports will have not been surprised by the sell-off this week ahead of the FOMC’s quarter point rate increase. It took silver into a loss on the year so far in dollars, as our headline chart shows, and gold’s net rise to less than 8%. 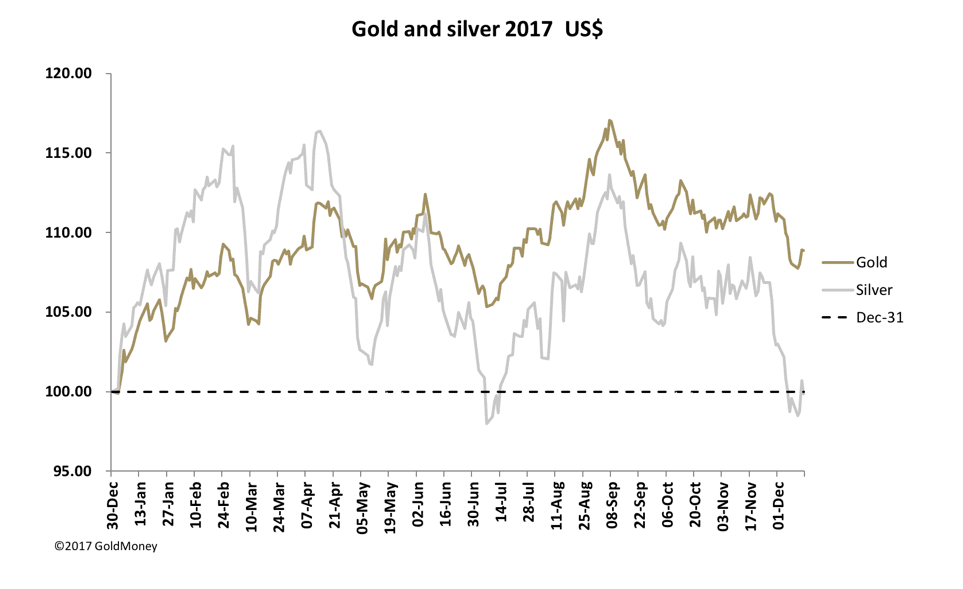 Gold and silver recovered their losses on the week following the dollar rate increase, and in early European trade this morning, gold had risen a net $8.50 to $1257, and silver by five cents to $15.93 from last Friday’s close. Measured in the other major currencies, gold is not looking so pretty, as the next chart shows. 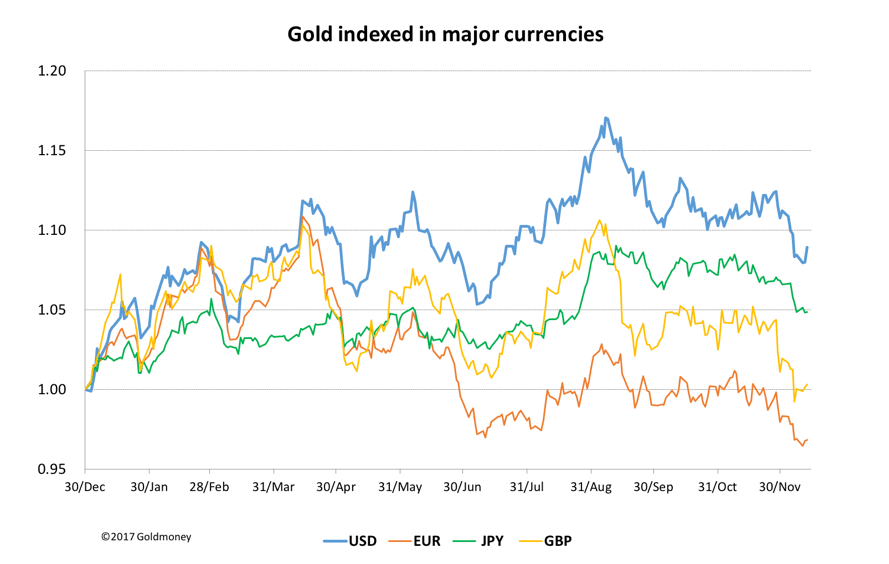 Even in sterling, there is now no net gain on the year, while in euros gold is down three per cent. The headline price, being in dollars, overstates gold’s performance this year so far.

Year-end sell-offs in gold and silver are becoming a fixture, with this phenomenon apparent in the third quarter of 2015, 2016, and now 2017. There can be little doubt that this repeating price action has much to do with year-end factors, as the bullion houses not only wish to reflect profits on their short positions, but to prepare their books for the following year.

This also explains in part the rallies in the first quarter of the subsequent year. The question traders would like answered is, will we have a strong Q1 in 2018, repeating the experience of the last two years?

The answer is mainly to be found in the dollar’s prospects. The dollar rallied in this current quarter, recovering some of the ground lost earlier in the year. The big banks and multinational corporations accounting in dollars would have reduced their foreign exchange exposure ahead of the year end by buying dollars, and that motivation will shortly pass.

It must be said that it looks like the dollar has been in no more than a countertrend rally, if only because its role in settling world trade is coming under increasing pressure. And where the dollar goes, gold normally travels in the opposite direction.

We must conclude therefore that these Q4 trends will, yet again, be turning points, and Q1 will be strong again. It could be that with so much excess currency sloshing around in the global financial system, that we should regard this as a symptom of growing instability, rather than be fixated on the gold price as a direct reflection of systemic risk.

Our last chart shows the rising trend of these year-end lows, which on their own constitutes a bull market, as long as it is not broken. 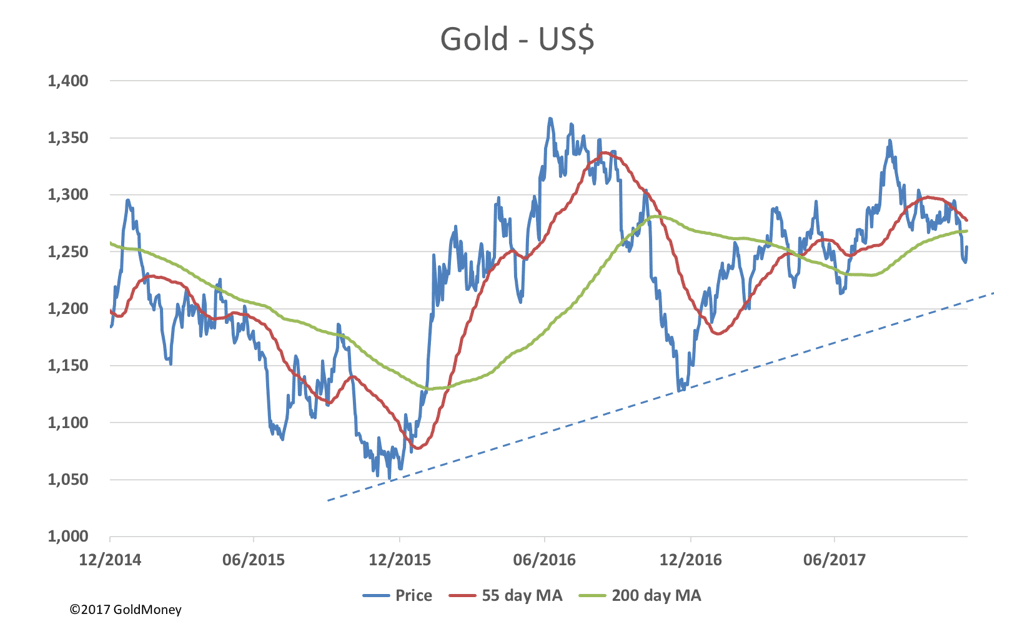 Whether gold will test the dotted trend line before resuming its rise, remains to be seen. There are still two weeks of book squaring ahead of us, before we can focus on prospects for the dollar, gold and silver in 2018.

We leave fundamental demand and supply to the last. Withdrawals from the Shanghai Gold Exchange in November were 189 tonnes, and physical demand in Germany continues to increase, this latter subject being the subject of a World Gold Council report. With all the other demand from India, the Far East, Turkey, Russia, etc., physical demand is not only absorbing all mine and scrap supply, but continually shifting existing bullion stocks into firmer hands.