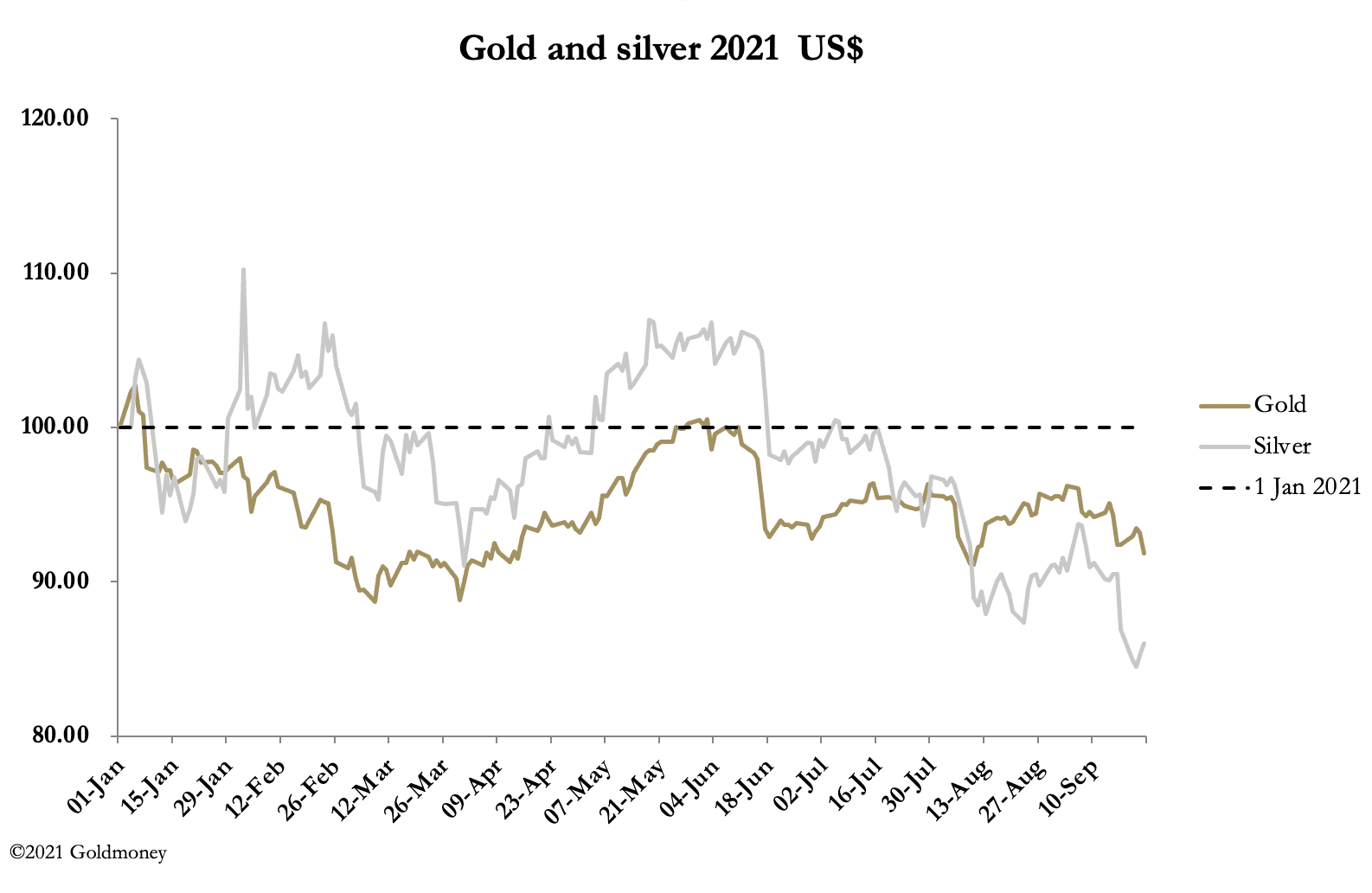 After last week’s sell-off which took gold as low as $1745 and a brief $40 rally gold dipped as low as $1738 yesterday before rallying this morning to $1755 in European trading this morning. Net on the week gold is up $2. Silver sold off last Friday to $22.06 before recovering for a net gain of 62 cents to $22.67 over the same timescale. Volume for gold on Comex picked up somewhat while it declined in silver. The gold/silver ratio fell from 79 on Monday to 77.3 this morning.

We have been warning of the turbulence in prices as higher interest rates are factored into financial markets, and that is what appears to be happening. The Fed issued a FOMC statement on Wednesday, which adjusted its “transitory” stance on inflation fractionally towards an admission it might persist a little longer than the committee originally thought. Consequently, tapering was brought forward: “…a moderation in the pace of asset purchases may soon be warranted”.

Given the rapid increase in money supply since QE was increased to $120bn monthly in March 2020, the Fed is deliberately understating the price inflation threat, presumably to avoid consumers panicking into driving prices even higher and faster. But the reactions of bond and equity markets indicate that the investment community still believes the Fed is in control.

It is not. The purpose of QE is to inflate asset prices, and the tapering of QE will undermine them at a time of extreme overvaluation. The last thing markets should want to see is tapering, which to continue to support them will almost certainly require more QE, not less. But that then undermines the dollar, and its trade weighted has hardly moved. 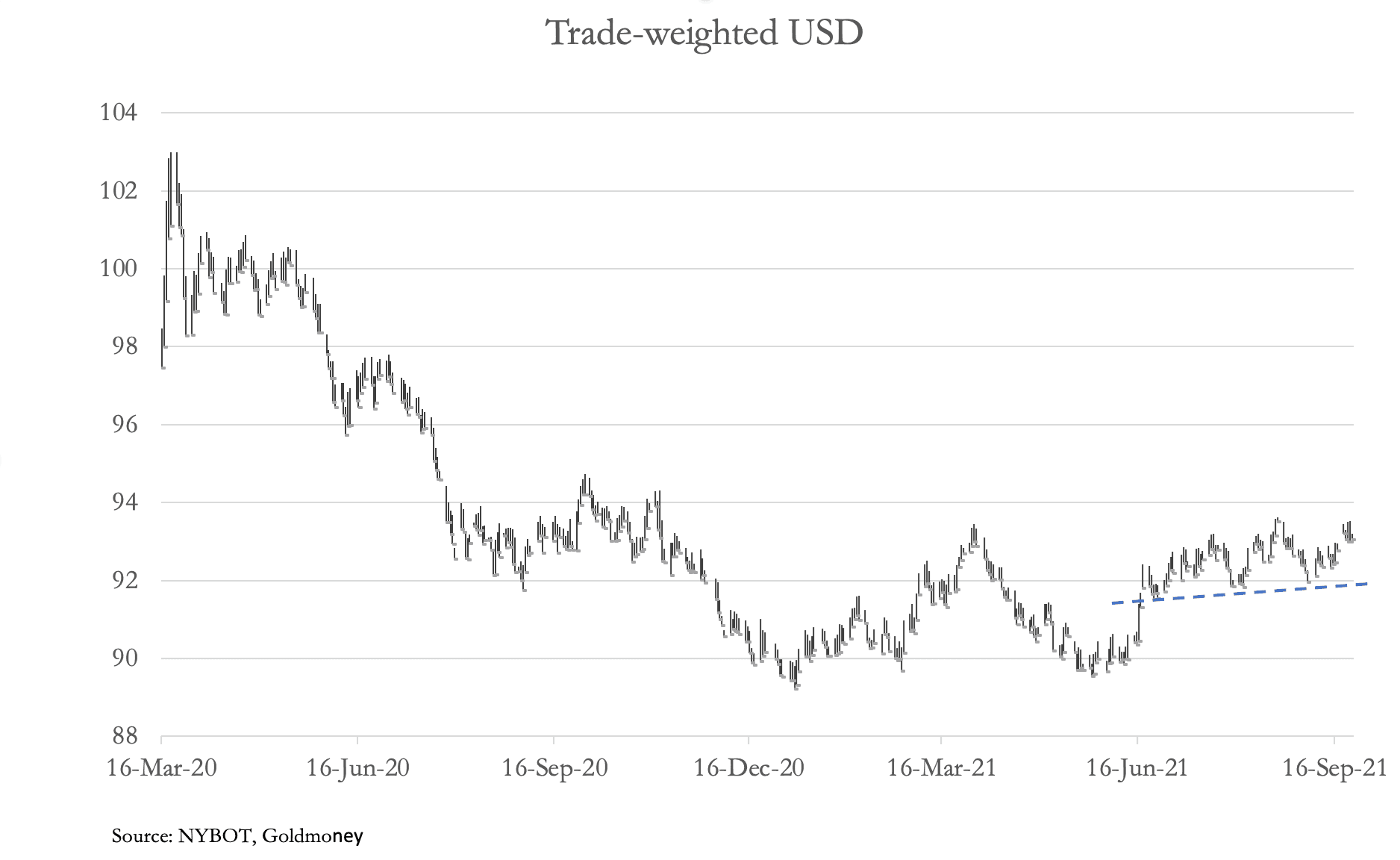 Priced in commodities, along with other currencies the dollar appears weaker, with a basket of commodities now breaking out on the upside. 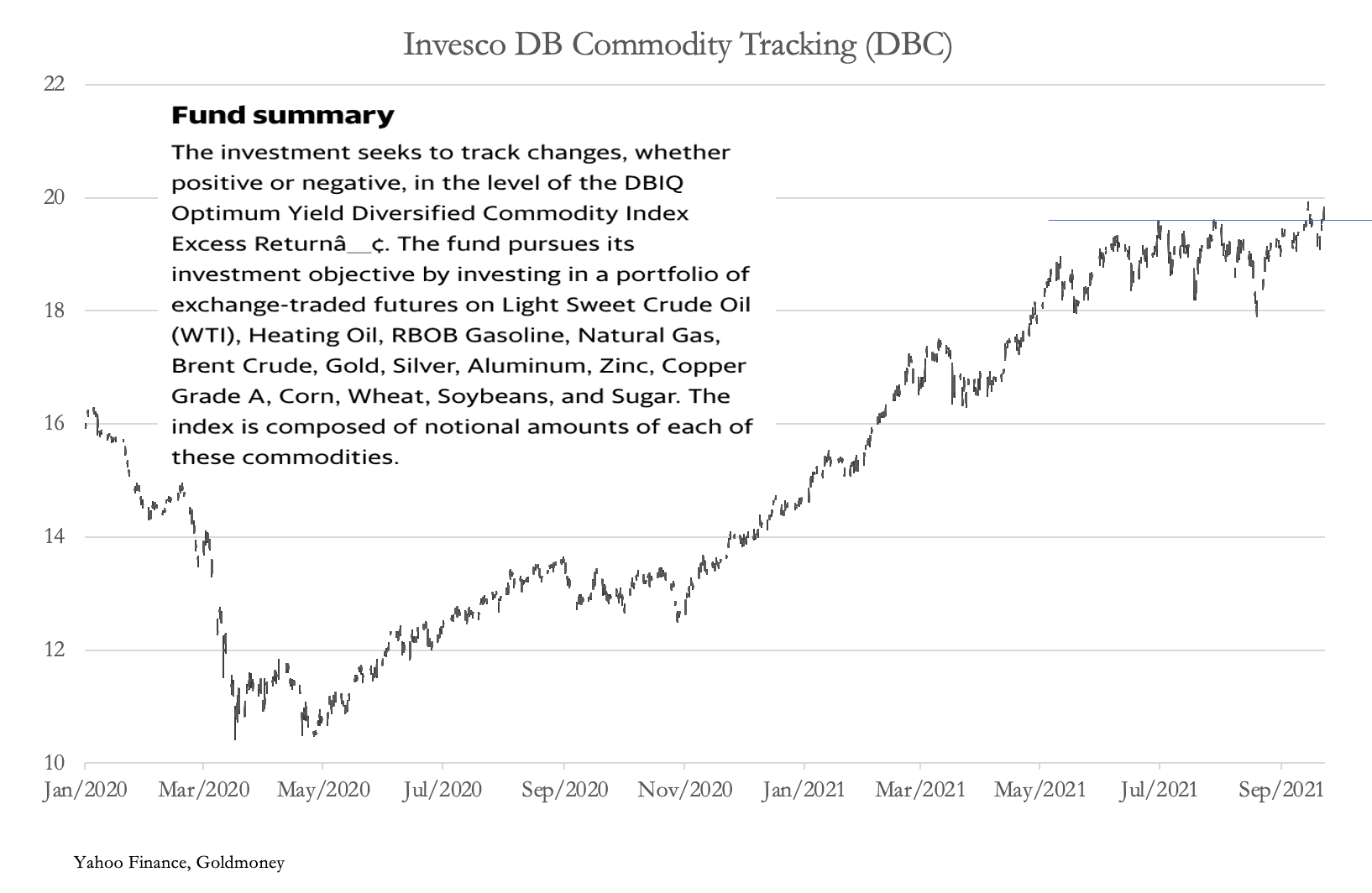 The next chart shows the skew between equities and commodities, illustrating the potential from relative valuations changes. 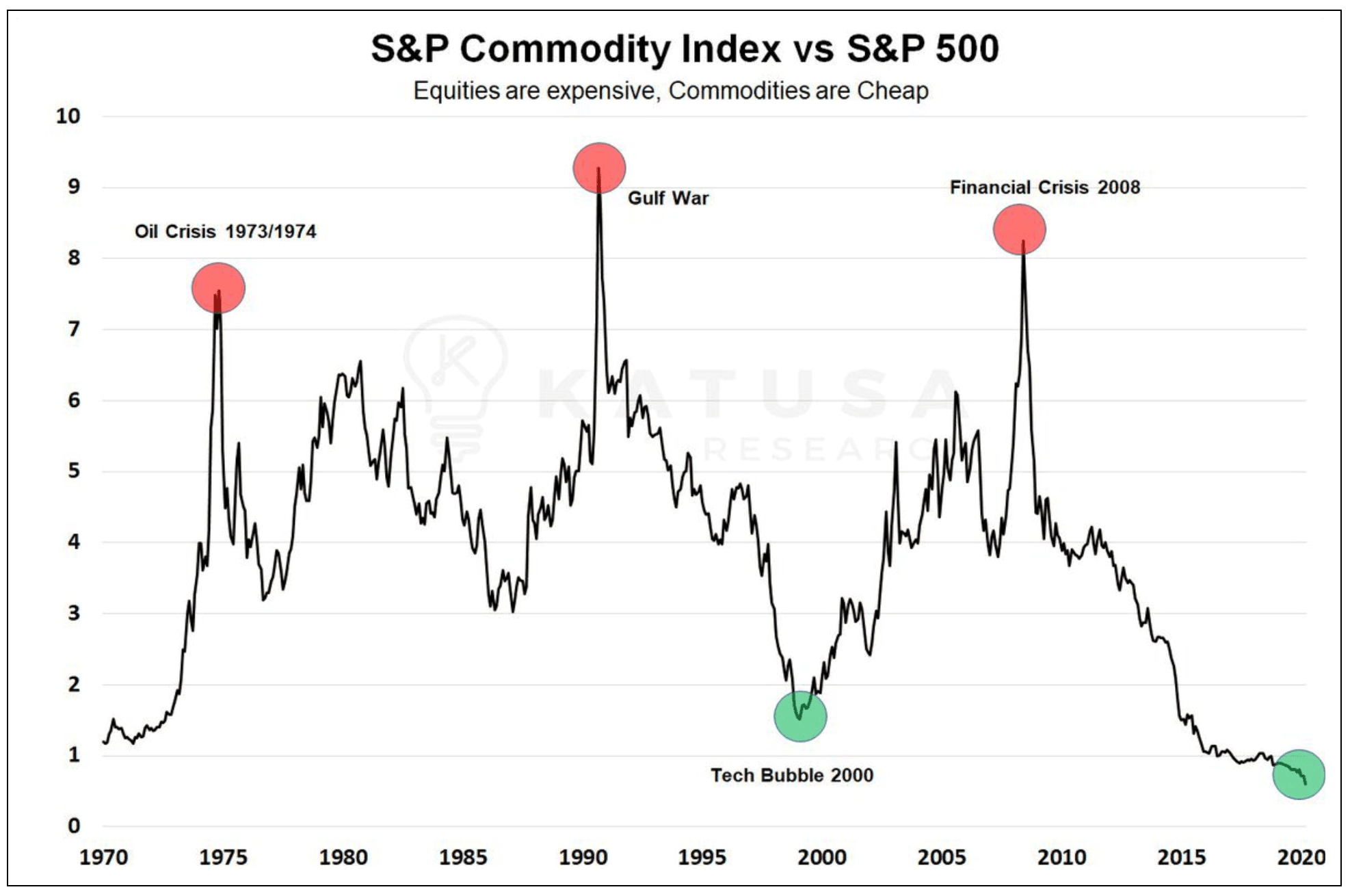 The point is that long term, commodities priced in gold are more stable over the long term than priced in anything else. Therefore, not only have market relationships have become horribly distorted, but when they correct gold should rally strongly with commodities.

This should be of great concern to bullion banks which take most of the short side in precious metals paper markets. On Comex, 5 US banks and 32 non-US banks were net short 131,958 contracts on 7 September, representing 410.4 tonnes worth $23.16bn. There are no figures for the LBMA. But going on established relationships between the two markets they are probably short a further eight times — that’s a total of $208bn or 3,694 tonnes in markets with minimal physical liquidity.

Presumably, bullion banks hope to benefit from fear of rising interest rates to get weak holders to sell both paper and physical. But that ignores the fact that rising price inflation drives both interest rates and gold in the same direction, as any student of the 1970s will confirm.