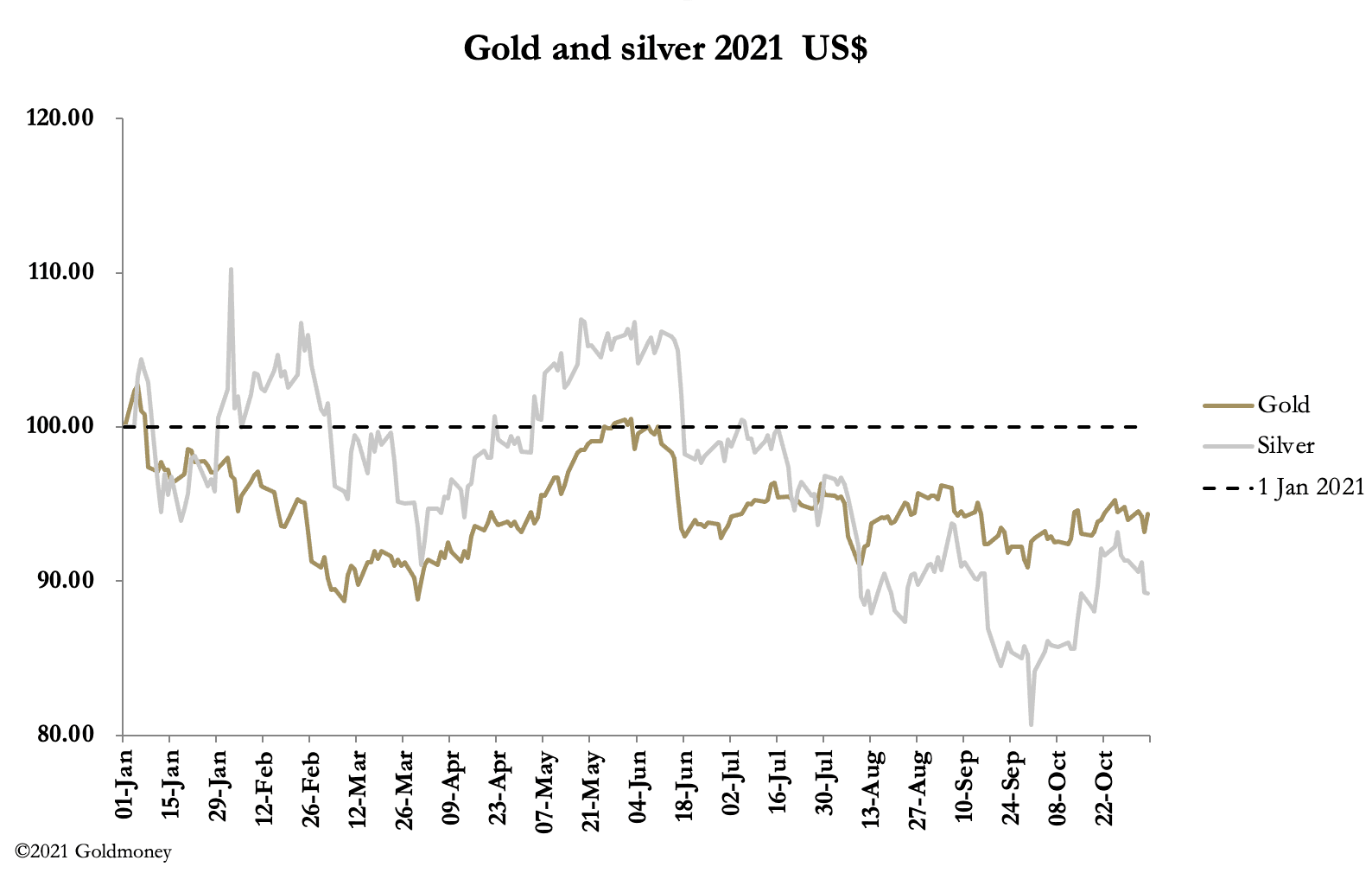 The bullion bank and market makers’ attacks on gold and silver prices (collectively the Swaps on Comex) continued into the first week of the new month, with only seven weeks to go until Basel 3’s net stable funding ratio applies to LBMA members. Despite attempts to shake out speculator bulls, prices remained steady on the week, with gold gaining $13 from last Friday’s close to trade at $1795 in early morning European trade today. Silver was nine cents lower at $23.78. On Wednesday silver recorded a low of $23.03 which in bear squeeze conditions rallied by a dollar higher the following session.

Precious metals appear to be influenced by a bear squeeze. In to reduce their short positions, bullion banks used the uncertainty ahead of the FOMC statement on Wednesday in an attempt to take out managed money stops. But with gold’s open interest rising by 5,562 contracts the following day on a net basis the manoeuvre failed.

Last week I commented on the need for Swaps to suppress the gold price below $1810. The next chart updates the position. 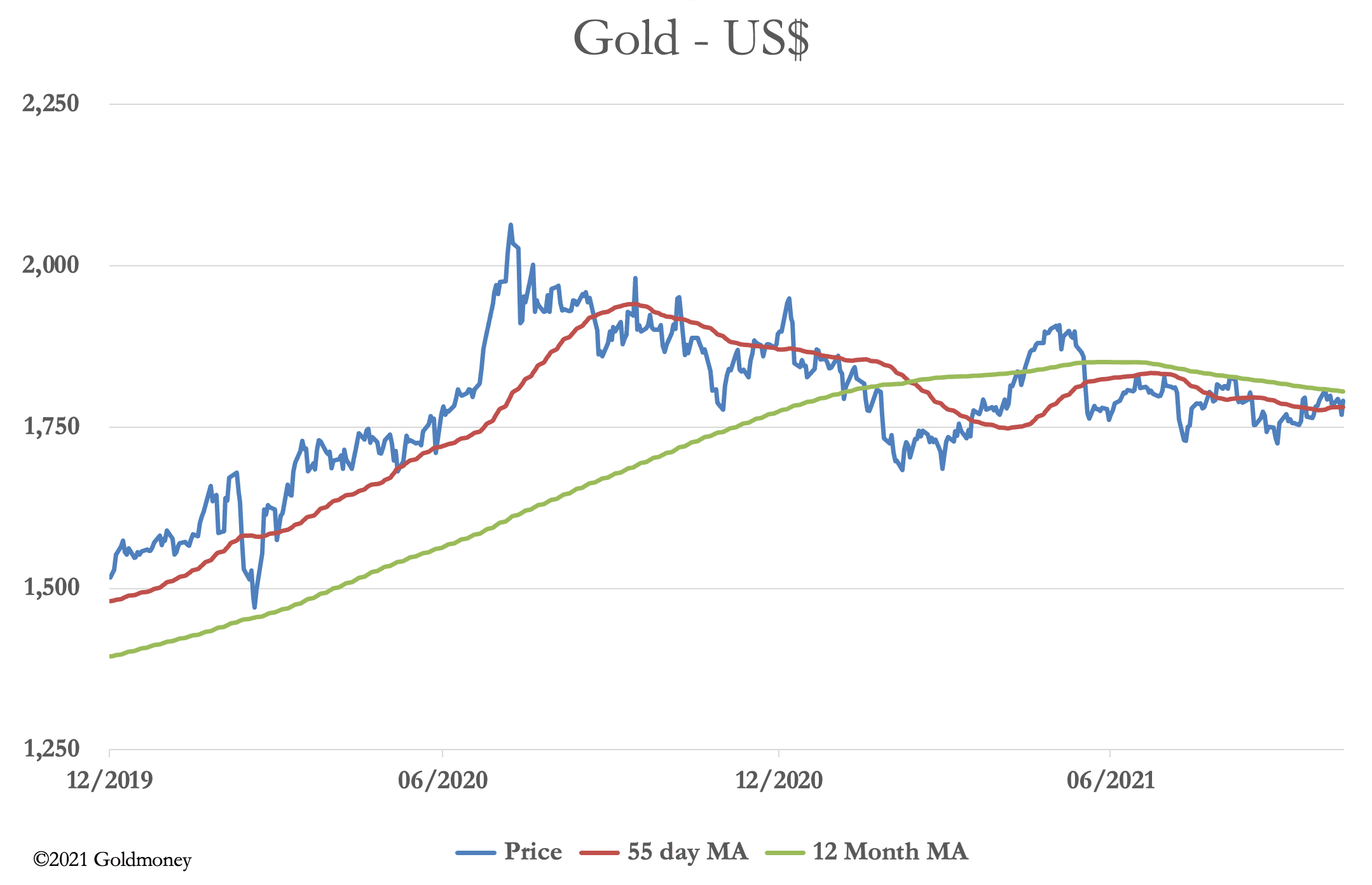 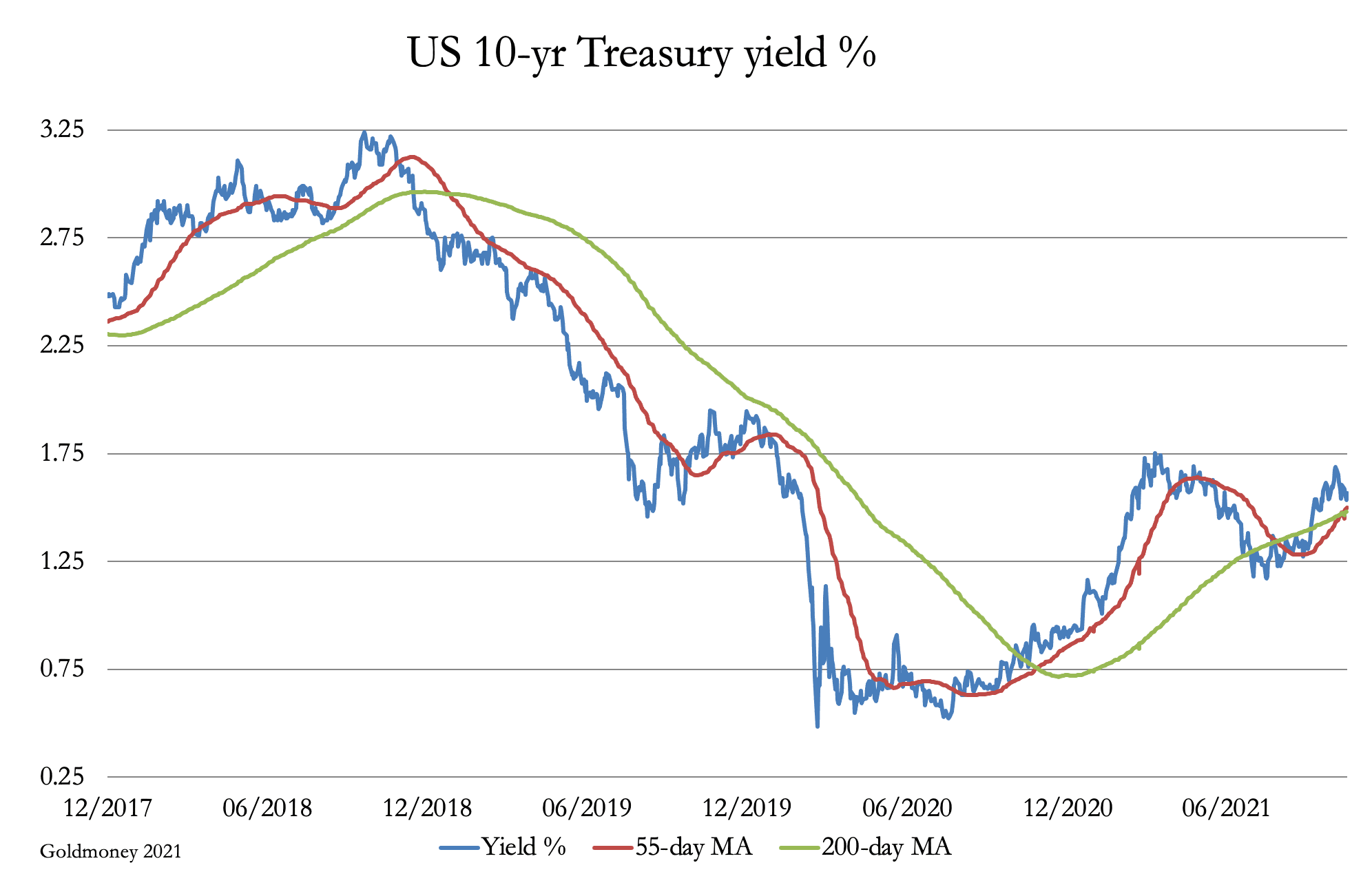 The first golden cross at 0.75% occurred one year ago and the yield rose to 1.75%, peaking in April. After a six-month consolidation a second golden cross has formed, which looks like supporting a rise to challenge the 3.25% level. This bond market illustration shows why the Swaps must defend the $1800 level for gold, or risk being victims of an escalating bear squeeze.

The Fed will be aware of the risk from rising bond yields and while it is giving way on tapering its QE bond purchases, interest rates are a red line. The FOMC meeting this week continued to insist that inflation will go away, perhaps a little later than it originally expected. It is a theme being repeated by all the other major central banks in the West: the BoE, ECB and BoJ. The BoE sacrificed its credibility by not raising its bank rate from 0.1% yesterday and was punished by sterling falling 2.5 cents (nearly 2%). This is our next chart. 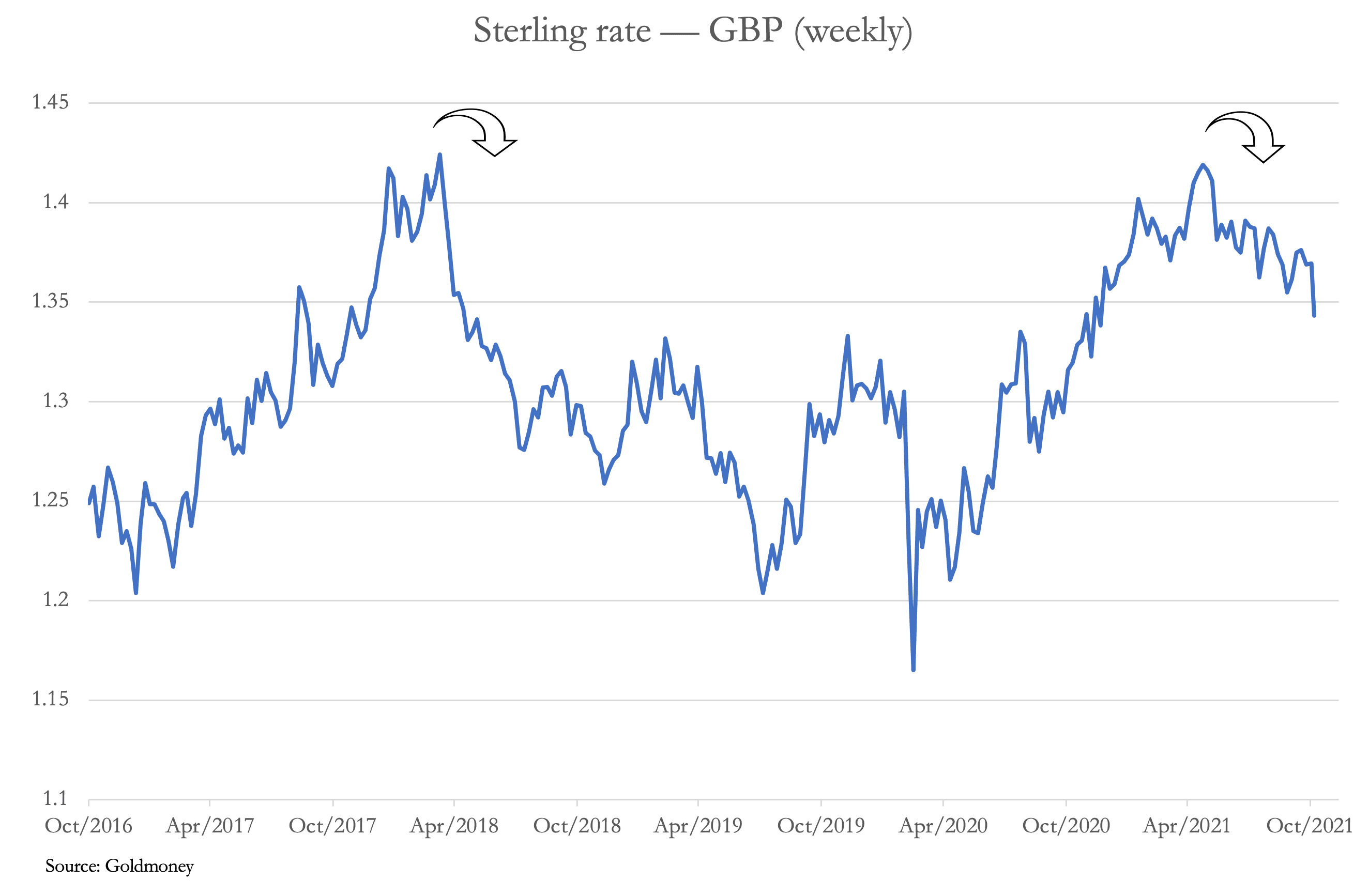 Under the BoE’s interest rate policy, sterling appears to be breaking down with major support at $1.2000. Goldmoney’s sterling-based customers should take this into account with respect to precious metal prices. But the wider implication is that the period of general currency stability for the four majors may be coming to an end.

If there is interest rate coordination between leading central banks, then the beneficiaries are almost certainly commodity and energy prices. In which case, we can expect higher gold and silver prices after the Basel 3 influences have passed.