Gold and silver closed higher on the week in European trade this morning (Friday). Gold was up $18 at $1240.00, and silver up 35 cents at $14.51. The week saw very quiet trading in both contracts, partly due to US markets being closed on Wednesday for ex-President George Bush’s funeral. 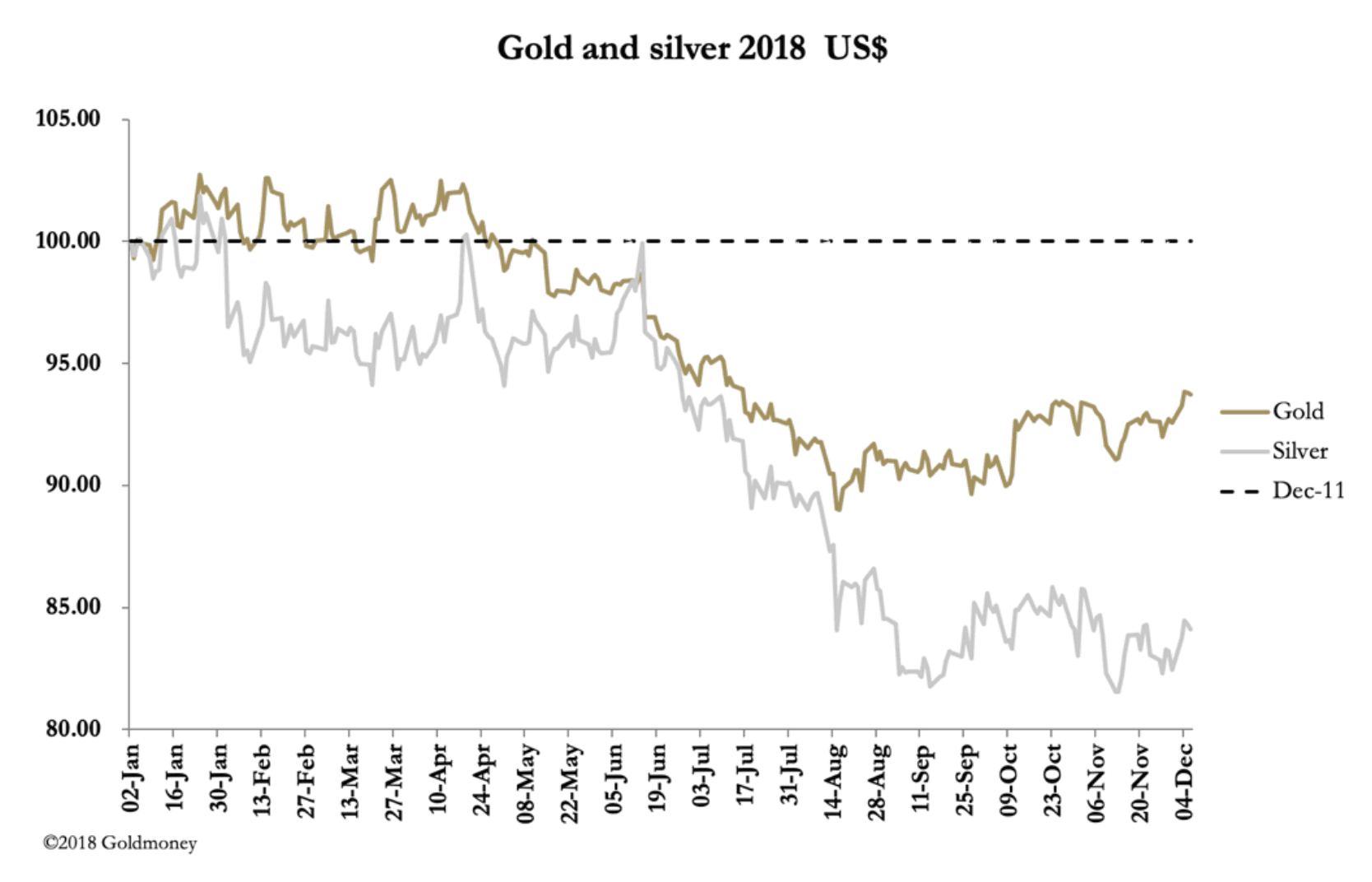 The focus of financial markets has moved from the dollar to trade policies, and a growing feeling that the world will enter a recession in 2019. After a significant drop in the oil price since October, prices are moving sideways rather than recovering. In the last week, most base metal prices also eased, reflecting growing concerns over the economic outlook.

Equity markets have had a torrid week, following a lacklustre G20 last weekend. The arrest of Huawei’s CFO in Vancouver has been cited as the main factor unsettling markets, a judgement assuming cause and effect. But it does seem to be a particularly troubling move, presumably with the American deep state behind it. For the moment, Huawei awaits further details before commenting, but given the importance of this major global telecom provider, it is either a bureaucratic error or a clear escalation of the conflict between the US and China.

For markets, Meng Wonzhau’s arrest is only part of the story. Traders are increasingly worried that trade tariffs are only going to escalate, in a rerun of the destructive effect of the Smoot-Hawley Tariff Act of 1930. It began its passage through Congress in October 1929, which triggered the Wall Street Crash and intensified the depression that followed. Today, traders see an increasing risk of a rerun of those mistakes.

The implications of a trade-driven recession for currencies and gold are significant. Unlike in the 1930s, when the dollar was tied to gold at $20.67 to the ounce, the dollar and all currencies are unbacked. This means that as central banks try to reflate to avoid a recession/slump, measured in gold their purchasing power will decline. Put another way, the price of gold will rise.

For the moment, the implications of Trump’s trade war are still being assessed in financial markets. Bond yields have fallen significantly, in a gut reaction to the increased likelihood of a recession. This will probably be reassessed when markets begin to think through the implications of a tariff-induced slump for government bond supply, and when there is more evidence of the effects on price inflation. But for the moment, the assumption is interest rates will stop rising, and bonds are a safe-haven.

The damage to economic prospects is reflected in the chart of the 10-year US Treasury bond yield, below. 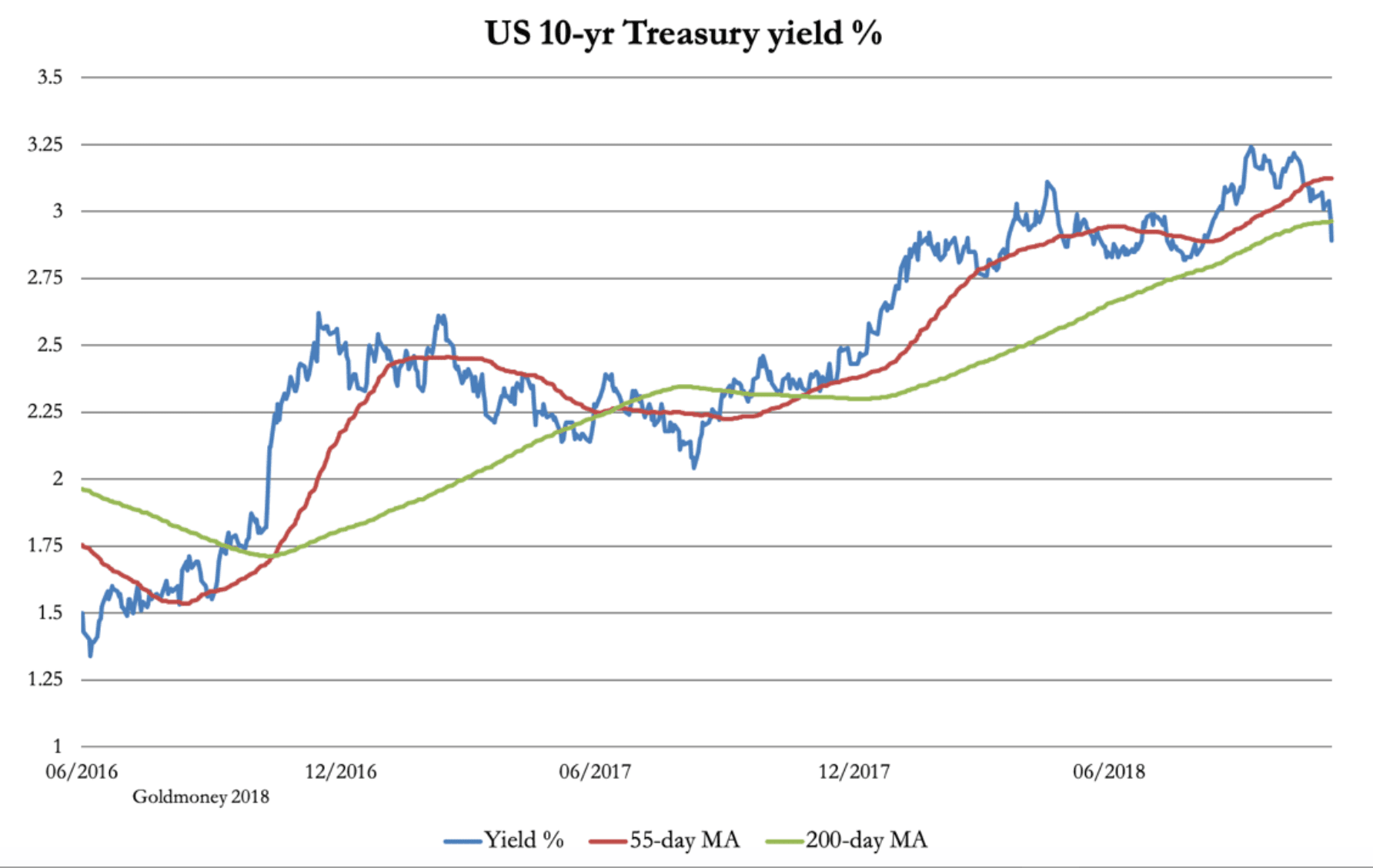 For the moment, equity markets are oversold and may be due a rally. Gold and silver are still oversold, though with the ending of the December contract, probably less so. I shall tweet an update of the commitment of traders’ figures when available after US markets have closed.