Market Report: Gold and Silver on the turn?

Encompassing the year end and its holiday on Wednesday, this week has been notable for precious metals. For gold there have been three important features: firstly, Tuesday saw a powerful one-day reversal, with gold falling $22 before recovering by $32; secondly the $1182 low was first tested six months ago before rallying strongly to $1430, and it looks like gold might be forming a double bottom, the prelude to the next bull leg; and lastly this happened on the last trading day of 2013, which suggests that the fall in price had more to do with window-dressing rather than genuine selling.The Managed Money category on Comex (mainly hedge funds) has record short positions as shown in the chart below. 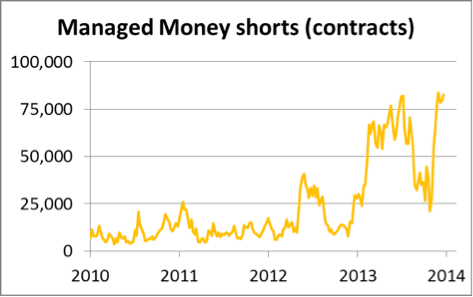 The extreme bearishness in this speculator category ahead of the year end points to stronger markets in the coming weeks as these positions will be liquidated. The question then arises as to who will provide the contracts? The four largest traders on Comex, who we can assume control the market are unusually long, which is shown in the second chart. 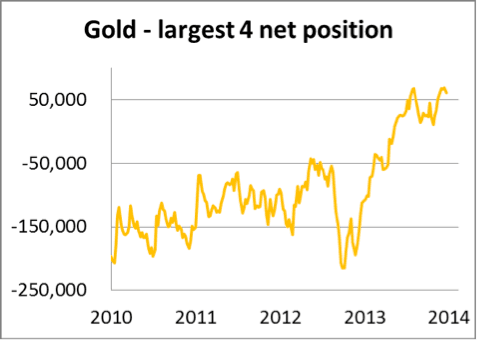 Their net long position has returned to record highs, a position they have been building since the scale of growing physical demand became obvious to them ahead of the Cyprus bail-in crisis. It is clear that while the speculator crowd on Comex has been selling in the belief that gold is still in a bear market, these ultimate insiders have taken the opportunity to protect themselves from developments in the underlying physical market.

This morning Asian buyers of gold find the price has risen very sharply, not just because gold is up $50 since Tuesday's lows, but because emerging market currencies have also weakened significantly as well. One can sense the growing frustration building in India at government restrictions on the one protection afforded the people against currency debasement, and the growing belief gold in Turkey as both its currency and its government seem to be falling at the same time.

While Comex gold is well set up for the four largest traders, silver is a different story and they have only managed to reduce their net short position to 25,000 contracts. 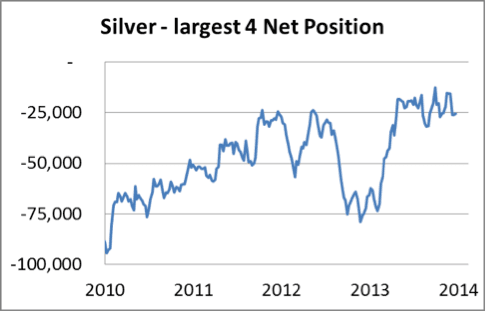 The problem in silver is that being mostly an industrial metal the bullion banks on Comex are competing with industrial buyers who lock in low prices by buying futures. The result is they are unable to square their books, while the Managed Money category has become dangerously short again. 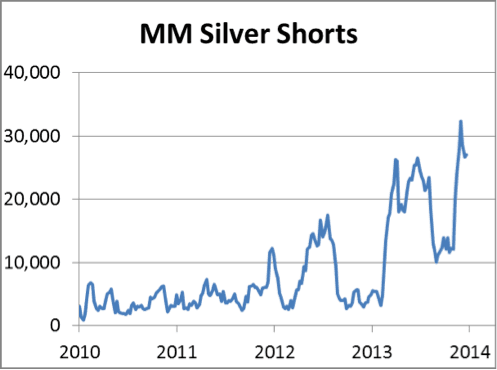 The significance of Managed Money silver short positions is that it is a good indicator of the oversold condition of precious metals markets generally. These are the ultimate bears whose greed blinds them to the dangerous lack of liquidity in silver. While pursuing a price downtrend they are convinced will go on for ever they fail to see the potential trap being sprung on them.
So for precious metals 2014 is shaping up to be very different from last year. A new dove, Janet Yellen, will be in charge at the Fed; and despite minimal tapering of QE announced last month, it is a racing certainty interest rates will continue to be suppressed at close to zero through 2014. Yet the rise in bond yields tells us there may be trouble ahead for weaker borrowers, including much of the Eurozone as well as emerging market currencies.

Next week
No changes in UK and Eurozone interest rates are expected on Thursday, but the ECB press conference that afternoon might give some us new policy guidance.