The US’s Thanksgiving holiday on Thursday has thinned Comex markets, though volume figures for gold have held up reasonably well. Doubtless, this is due to the December contract running off the board. In early European trade this morning (Friday), gold and silver prices have been marked lower, leaving gold up $2 on the week at $1222 and silver down five cents at $14.28. 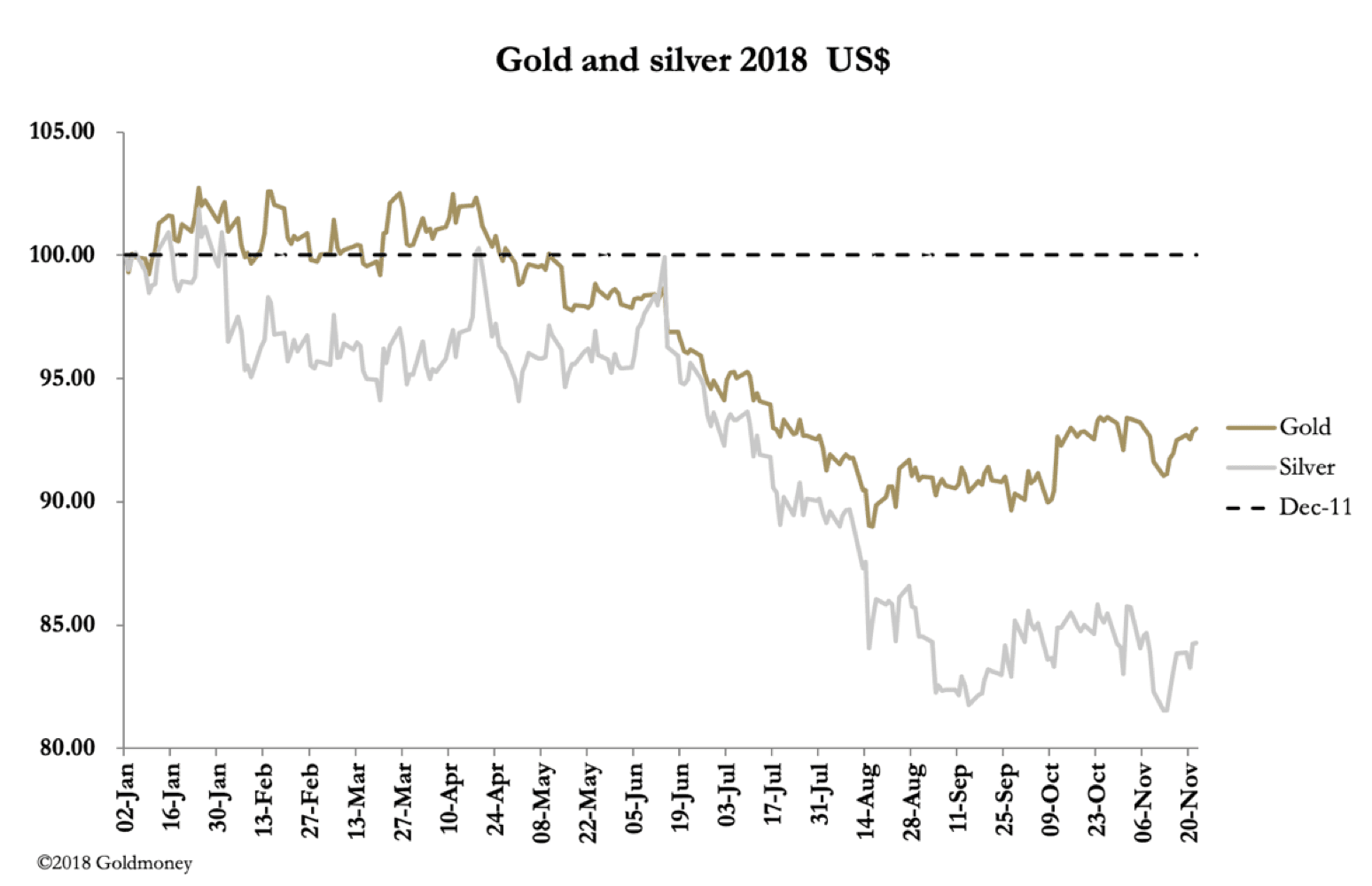 The active December contract expires next week, and 233,000 contracts will have to be liquidated or rolled forward. But if the shorts are reluctant to roll positions forward, then a bear squeeze should ensue. Traders will be looking for news and rumour for guidance, and ahead of the G20 meeting in Buenos Aires on 30 November, there are likely to be plenty.

Trading will be against a background of extreme unbalance in futures positions. The next chart shows the managed money category net short position, which is still in record territory. 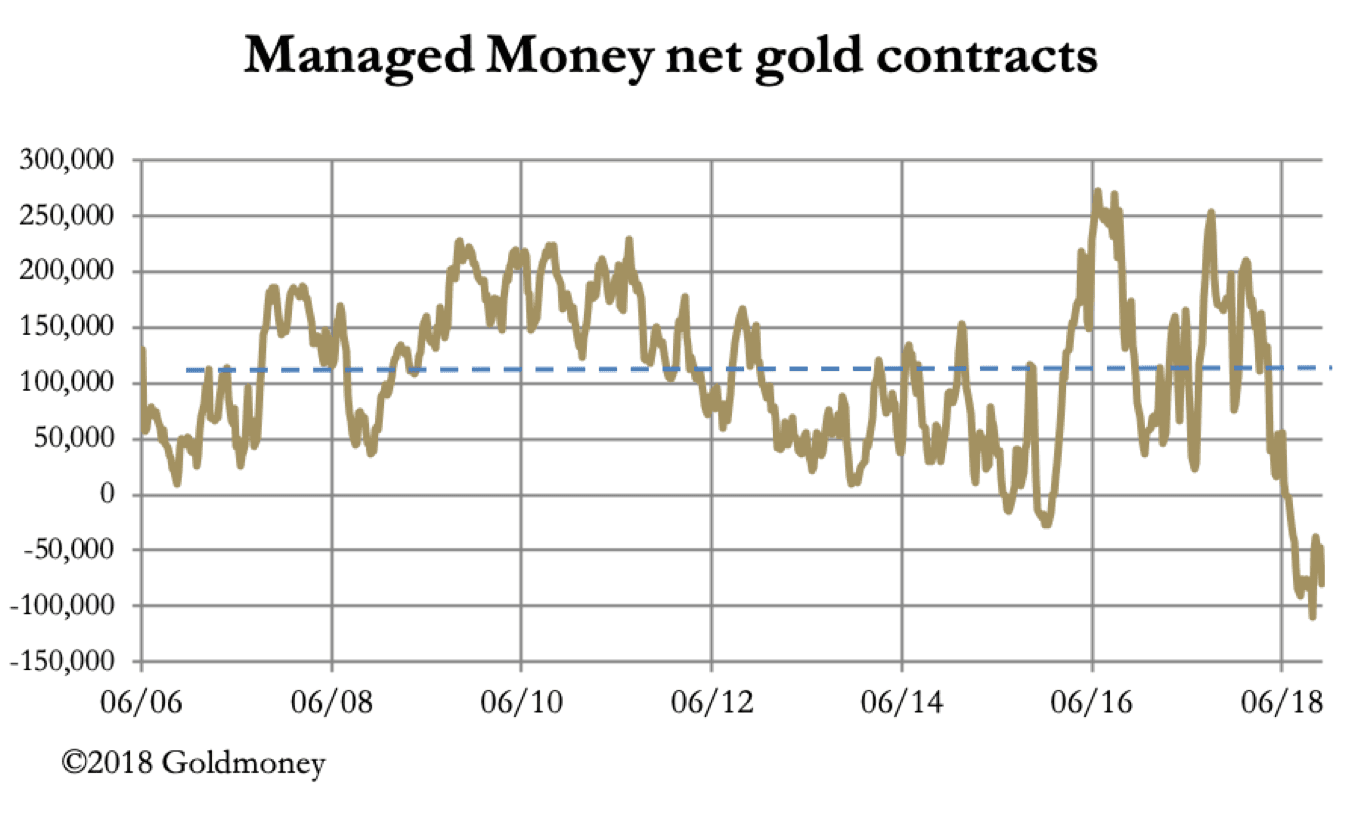 Last week (13 November) this was a net short of 79,190 contracts, still close to levels never seen before. We await the commitment of traders figures for last Tuesday, due to be released after hours today. Yet, despite all the negativity, the gold price remains stubbornly above $1200, and even more stubbornly above the August low of $1160.

These factors strongly suggest that a slight easing in this negativity should lead to a sharply higher gold price. Seasonal factors are also favourable, with gold rallying in December every year since 2013, leading to an average price gain of 18%.

One factor encouraging the gold bears is the recent collapse in the oil price. Since 26 October WTI has fallen from $67.59 to $53.17 this morning. Saudi Arabia has upped its output to record levels, reportedly hitting 11 million barrels on some days recently, increased from a more normal 10-10.5 mbpd. President Trump thanked the Saudis yesterday for increasing production and driving the oil price lower. The Saudi action appears to be the price paid to keep the Americans on side following the Khashoggi murder.

If so, as a deflationary drag on gold this crash in the oil price is unlikely to last long. Meanwhile, Russia continues to accumulate physical gold, declaring the purchase of another 28 tonnes in October, taking them to 2,065 tonnes. There can be little doubt Russia sees gold as monetary insulation from the dollar, and logically will link it to the rouble at some future date. That could be influenced by developments in China and its trade spat with the US.

The G20 meeting is widely expected to be the forum for the beginnings of a resolution of trade differences between China and the US. If the US turns her back on China, then we can assume China will simply progress with her own plans, excluding US corporations from China’s infrastructure and technological opportunities. I have argued elsewhere she may need to stabilise her currency, and sacrifice price-dependent export business to the US. If so, the dollar’s days will be numbered.