Having become very overbought, gold is consolidating. In a choppy market, this week gold had up and down days of $20 moves. By early morning European trade today, gold was up a net $6 on the week at $1407, and silver for a change outperformed gold ending up 14 cents at $15.13 over the same time frame. 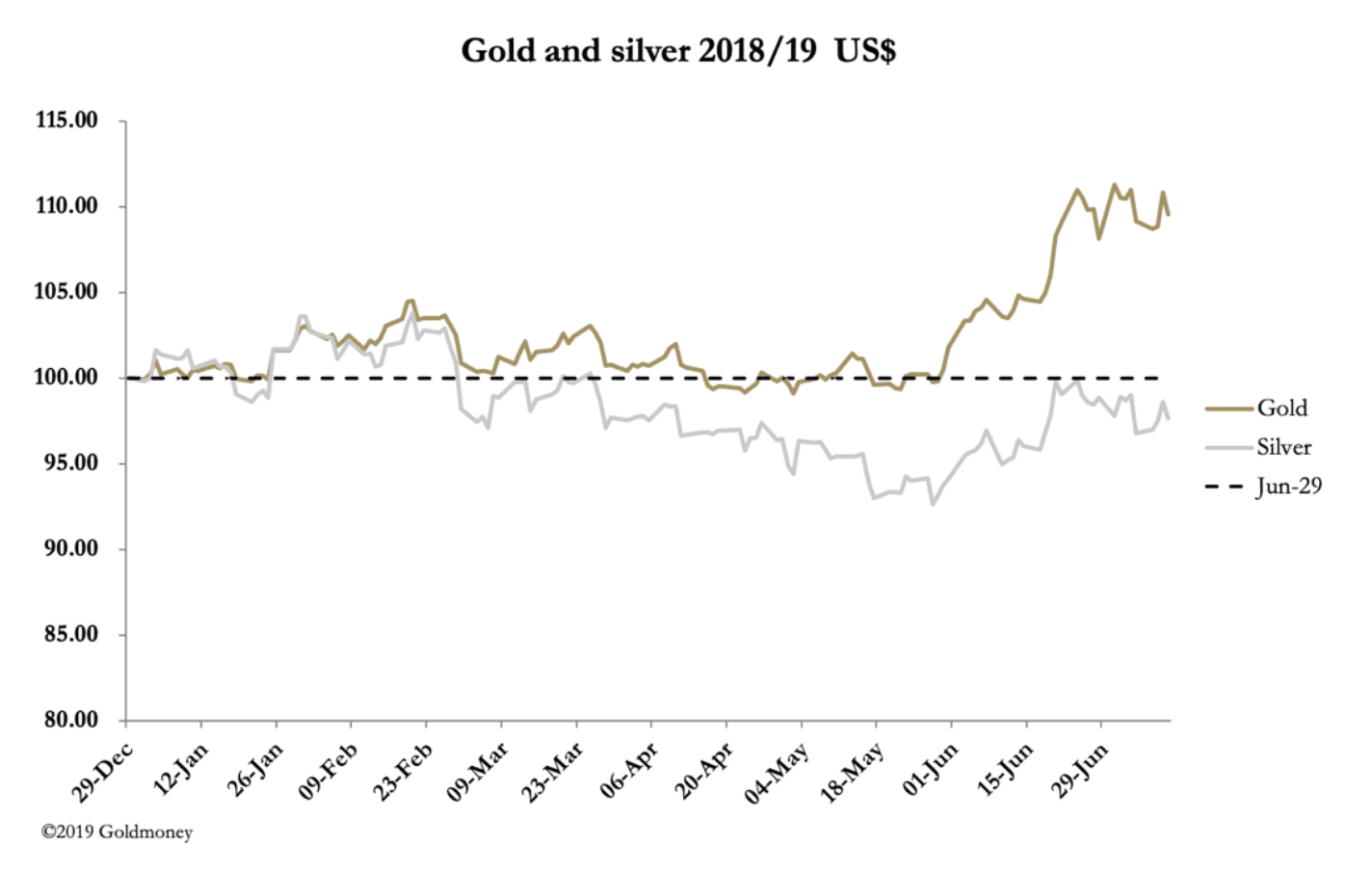 With final expiry of the Comex August contract at the end of this month, in futures markets gold has a strong headwind to overcome. Last night (Thursday) open interest in the August contract stood at just under 350,000 contracts. The longs are faced with a decision as to whether to roll, sell or stump up mega-cash and stand for delivery. The bullion banks are on the other side of the trade and are like alligators patiently wait for a good feed.

In the alligators’ favour lies the long’s practice of leaving stop-loss limits and their exposure to margin calls. The longs are bound to be nervous when gold appears to lose short-term momentum. The extent of the problem is exposed in our next chart, of the net long positions held by speculators. 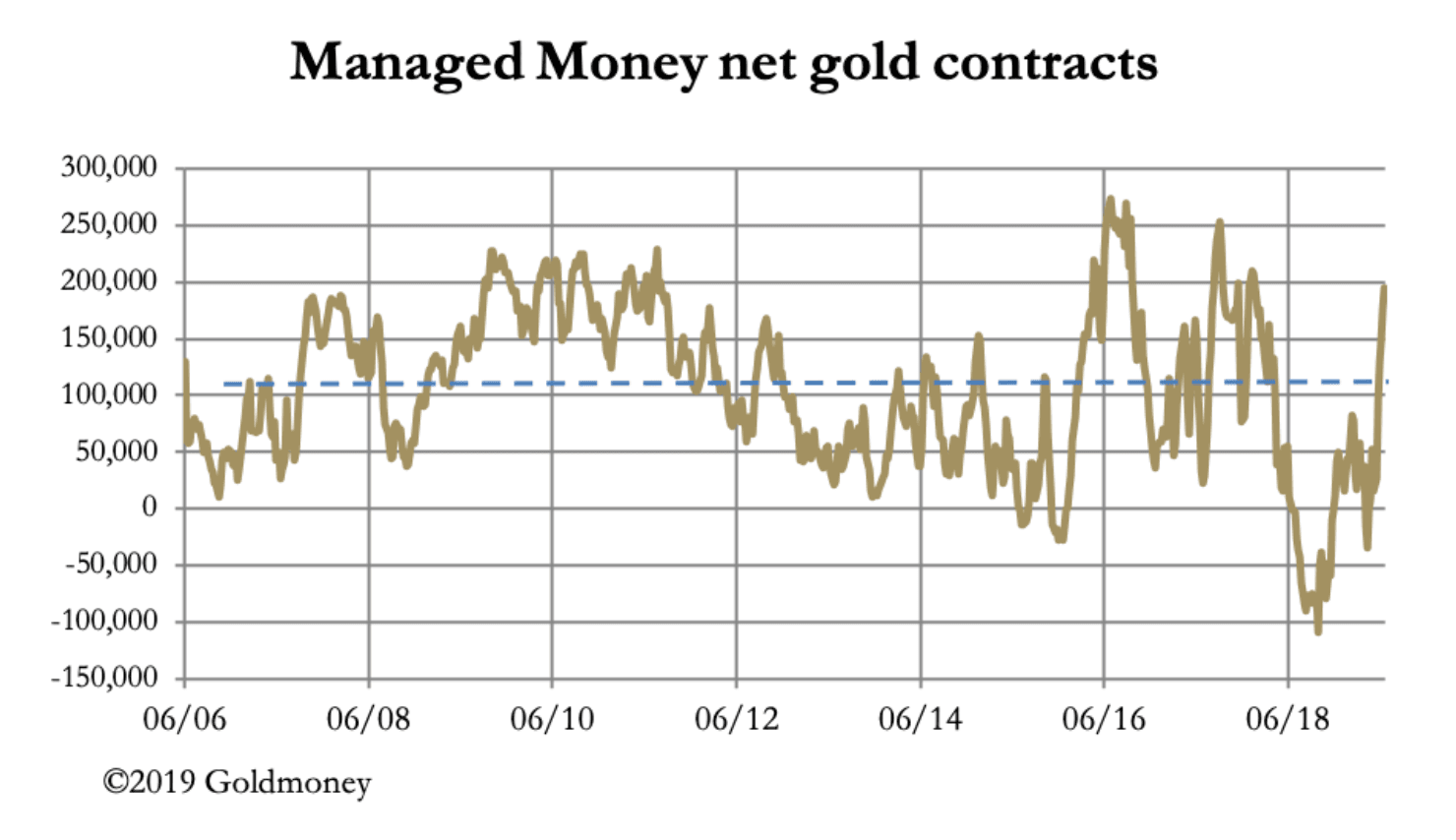 We can see that ten days ago that Comex futures were suddenly in overbought territory. We will know last Tuesday’s position later today, but it is unlikely to be much better.

Consequently, we can see that an overbought position and a contract expiry suggest more consolidation is likely. The technical chart sends a similar signal, which is up next. 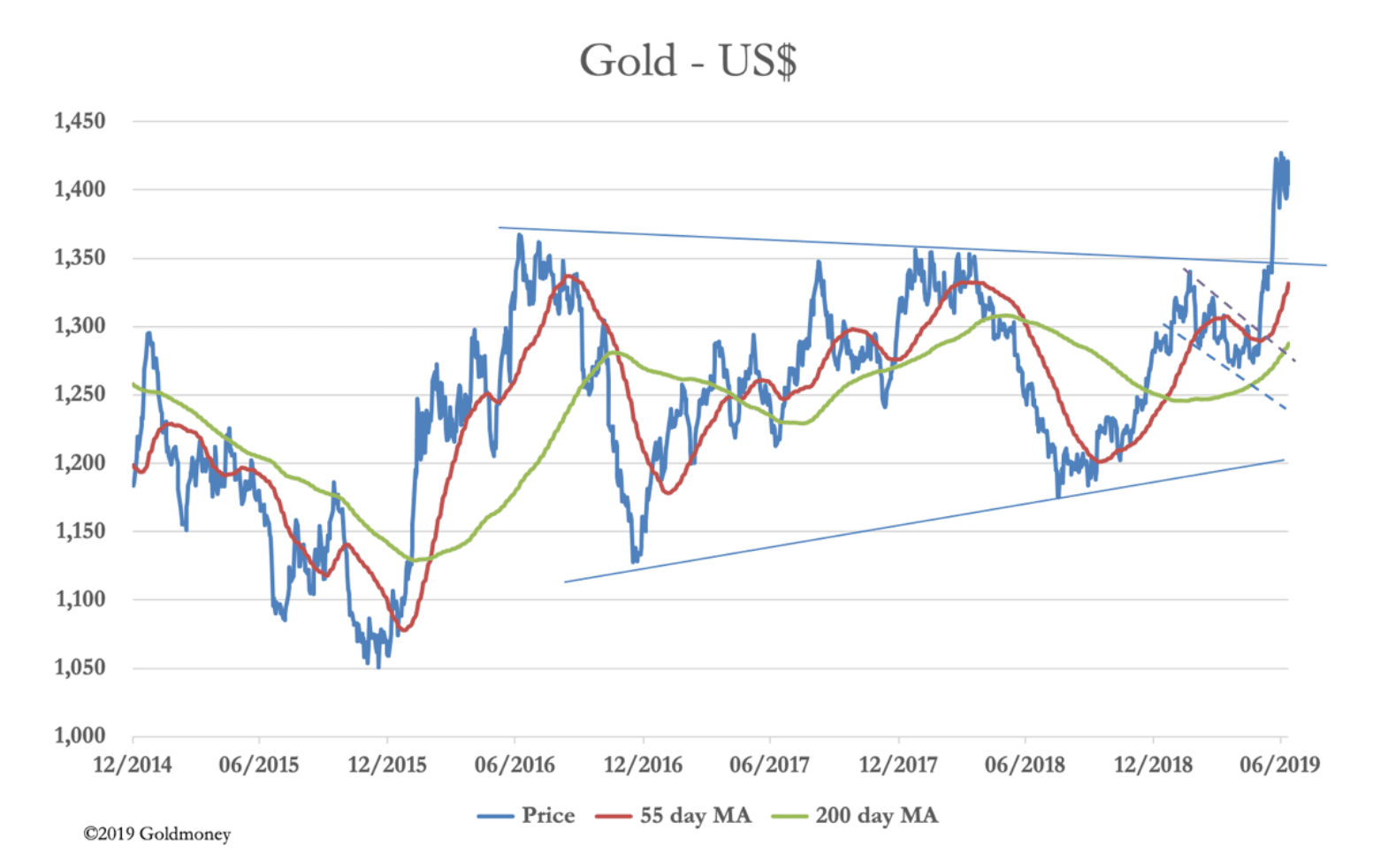 The little consolidation area between the pecked lines is a flag, which gives a target that mirrors the extent of the preceding move. At $1425 that objective has been satisfied, suggesting a larger consolidation is now in order.

That said, there’s plenty of monetary ammunition evolving for a higher gold price. This week, the Fed capitulated on interest rates, all but committing to a rate fall at their next meeting. The noises coming out of the White House suggest the next phase of trade wars will be a competitive dollar (i.e. weakening it against other currencies in an effort to close the trade deficit).

We know that trashing the dollar won’t resolve America’s trade deficits, and will make funding the budget deficit more difficult, because instead of flocking to buy cheap dollars and US Treasuries, foreigners will simply throw the funding onus on domestic US savers. They have no material savings, which means the printing of money and credit purely to fund the budget deficit will accelerate.

In other words, following a likely consolidation phase, the dollar price of gold looks to be headed higher still.

Meanwhile, despite the relatively high level of open interest in Comex silver futures (it is within 10% of its all-time high), turnover has almost ground to a halt. In a Goldmoney Insight article posted yesterday, I showed there is a substantial single long, a whale in the market which has accumulated a position which is over 20% of outstanding interest. Sorting that one out will be a very interesting experience for the bullion banks which are record short.