Market Report: Gold back up above $1300 on strong technicals 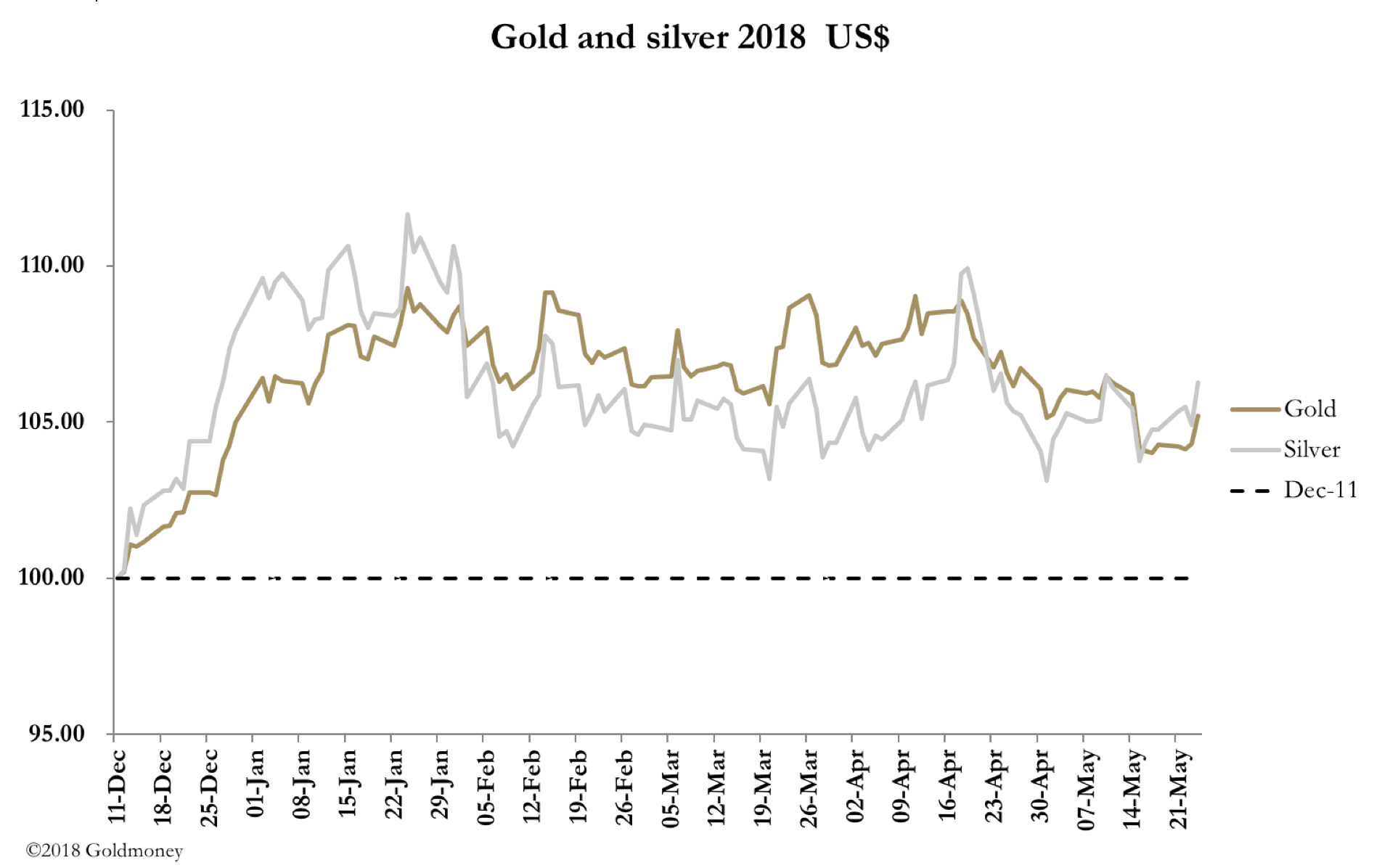 The background was continuing dollar strength, notably reflected in gold price strength in euros and sterling relative to dollars, as shown in the next chart. 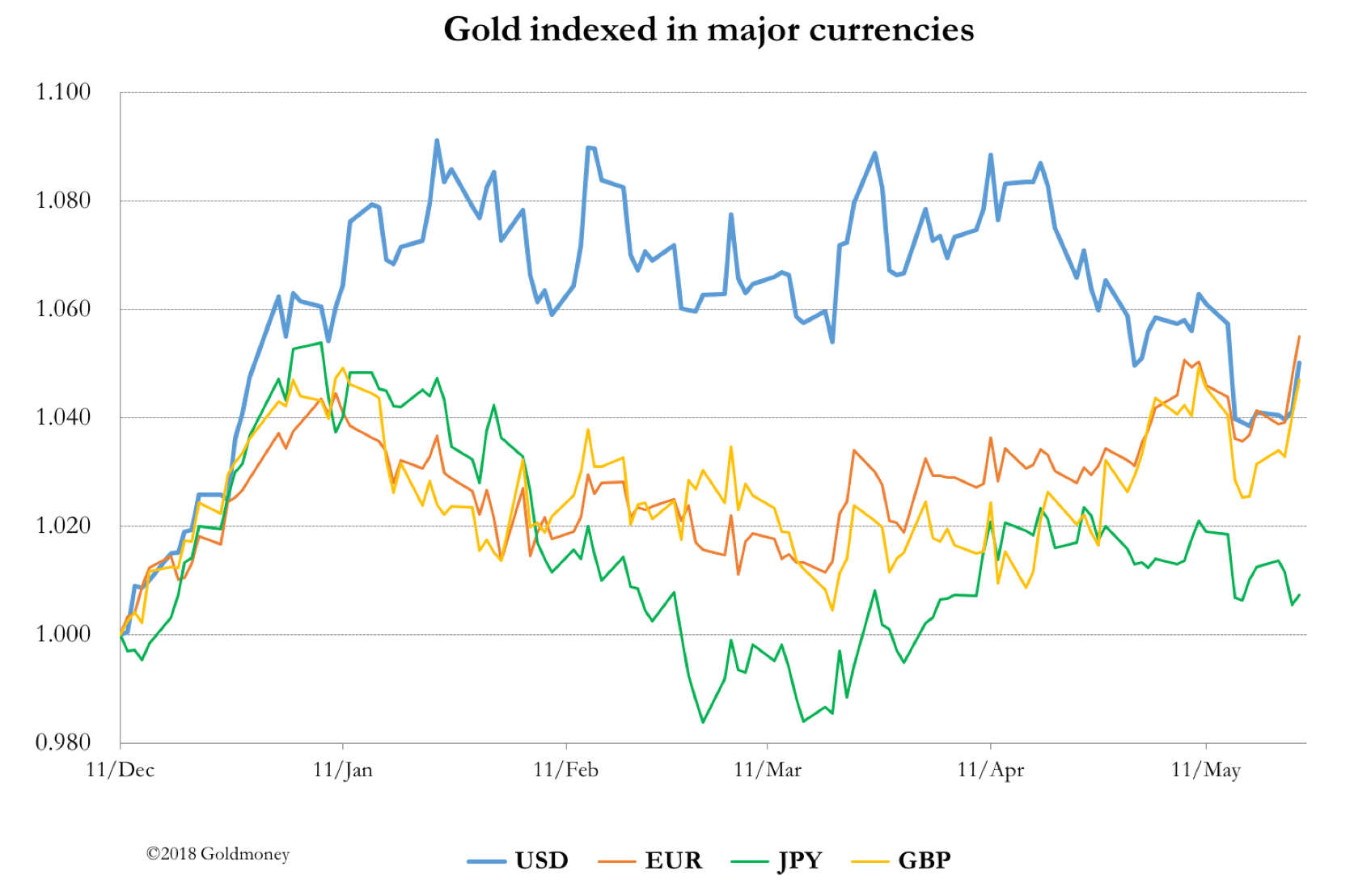 The relative weakness in these currencies to the dollar has allowed euro and sterling gold prices to catch up, with rises clustering at the 5% level since the low last December.

Gold’s performance relative to silver may be being affected by the roll-over from the expiring Comex June contract into August. That said, both gold and silver are oversold, and even the bears should not be surprised at a technical correction. Our next chart focuses on this issue. 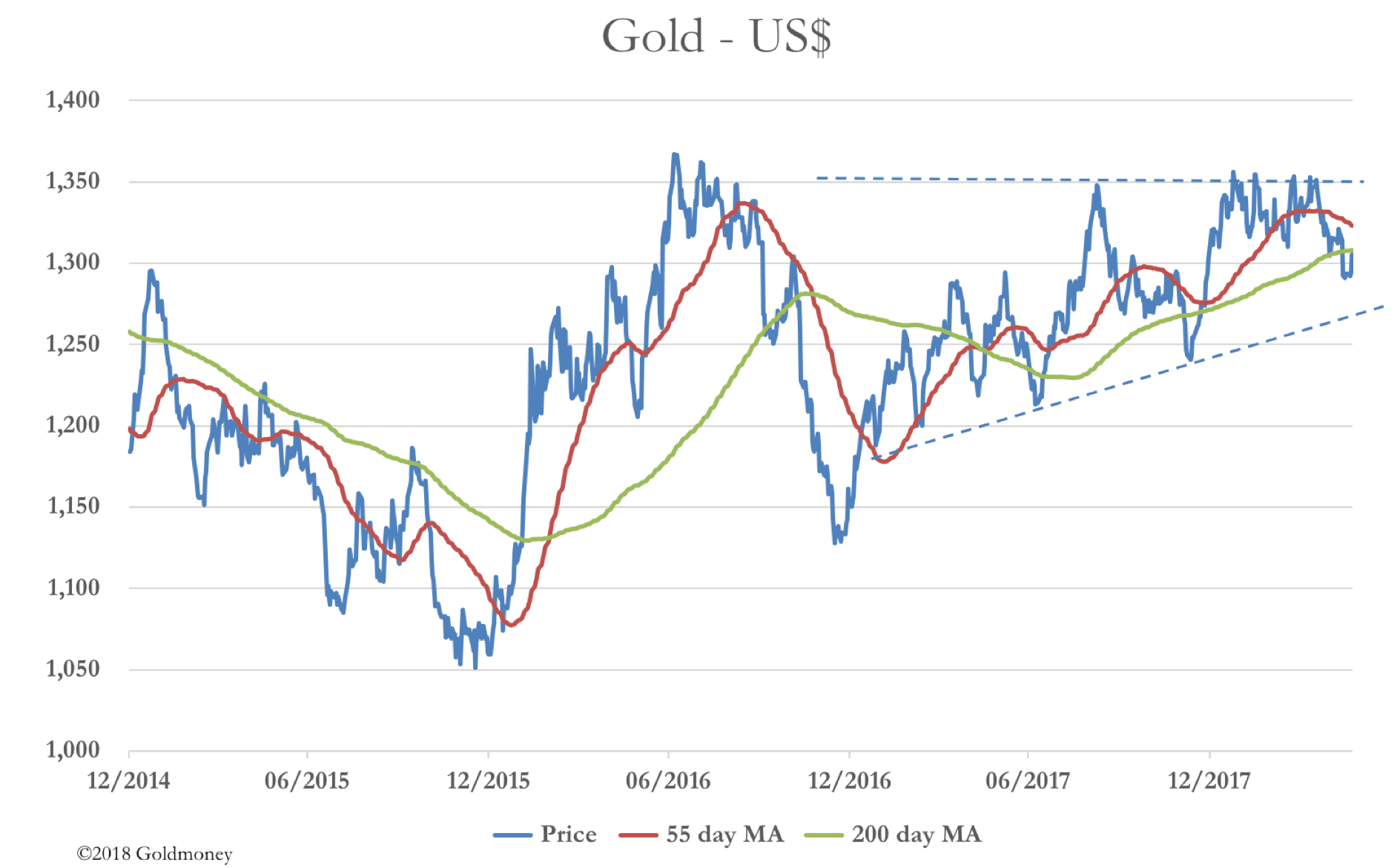 In the twenty-nine months since December 2016 gold has been in a secondary uptrend, running into a flat-topped triangular consolidation. This tells us, in the absence of a major fundamental change, that it is only a matter of time before gold attempts and succeeds in a breakout through the $1350 level.

However, the consolidation period may well run for another month, perhaps testing the $1270 level, shown by the rising pecked line. The reason for suggesting another month is that history shows the end of June often sees price weakness, when the bullion banks drive the price down before closing their books at the half year.

We must now ask ourselves whether this repeating cycle is likely to happen this time around. The best indicator we can come up with is the net position in the swaps category, which we can broadly take to indicate the degree of shake-out required by bullion banks to balance their books. This is our last chart. 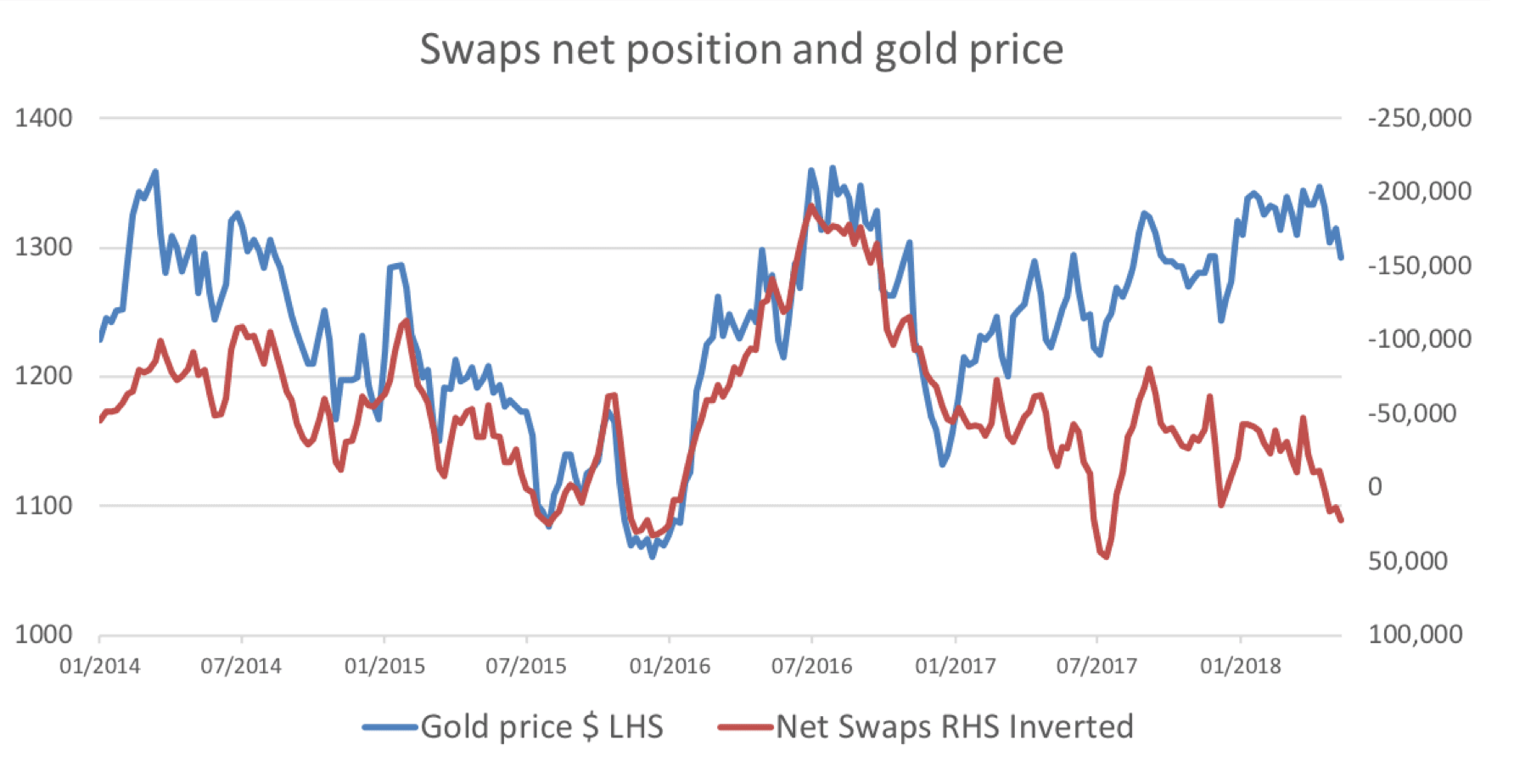 We must preface this analysis by noting that swaps are meant to offset other positions in other markets, though there is little evidence this is the case on Comex. Even so, the swaps are already net long 21,771 contracts, the last recorded figure being for 15 May. The long-term average position is short 53,000 contracts

Taking into account trading since 15 May, a reasonable guess is that by last Tuesday, this net long position might have increased by a further 10,000 contracts, putting gold futures into deeply oversold territory. And a final look at the chart above tells us something remarkable, and that is the divergence between a rising gold price and the swaps’ net position since January 2017. It is remarkably bullish.

We should therefore assign a low probability to gold selling off in June, once the June contract is out of the way, to test that lower level. Bear in mind that on Comex at least, the bullion banks who drive prices now have a vested interest in not pushing prices any lower, given they are already net long. That being the case, it appears that the low point for gold on Monday at $1282.5 will prove to be the turning point, in which case the failure of the price dropping to test the rising trend line will be another bullish sign.