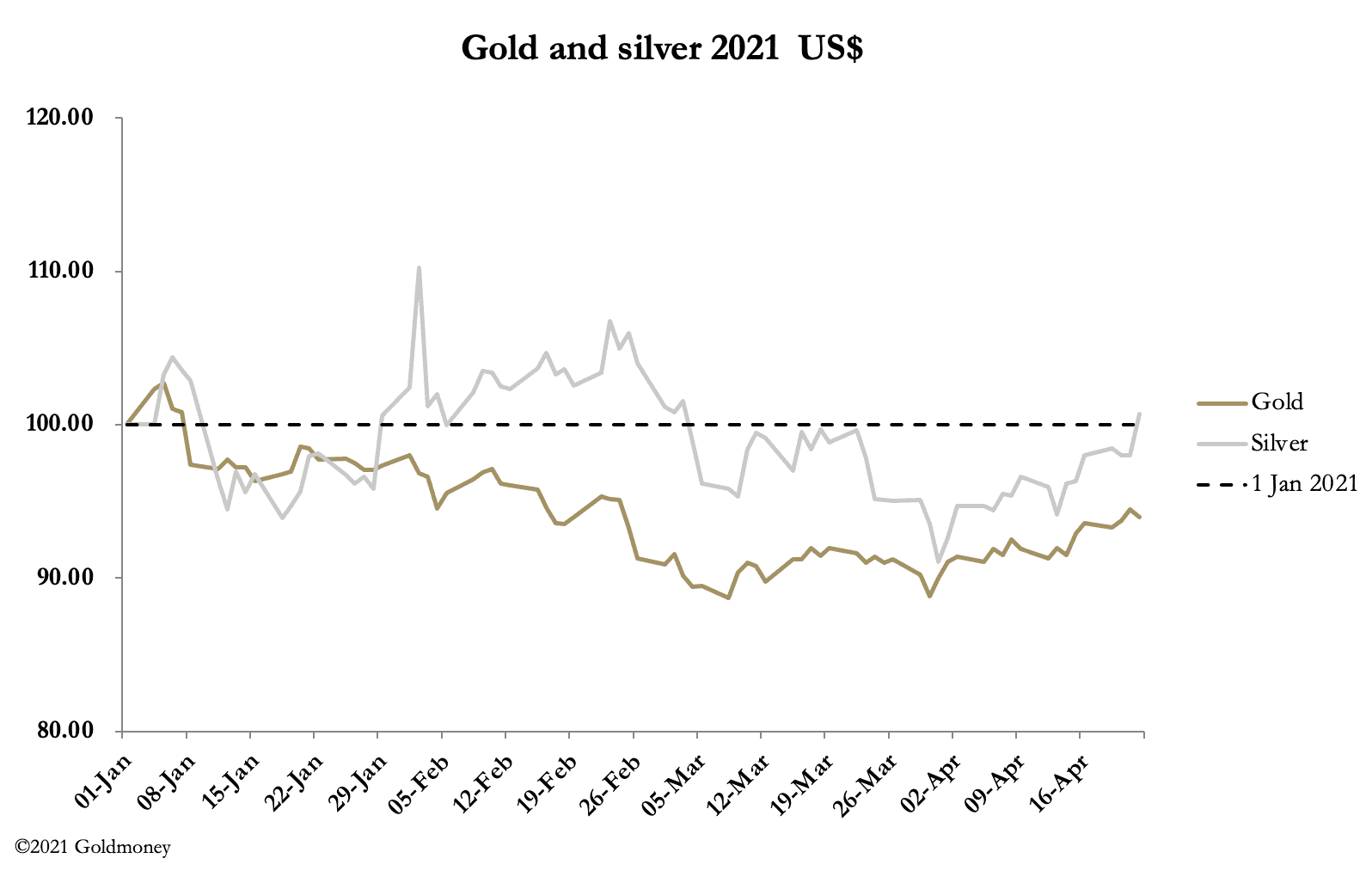 Gold and silver continued to rally in lacklustre trading this week, and our headline chart shows that silver has now regained the losses since the start of the year, while gold is still 6% under water. In morning trading in the European time-zone, gold was at $1785, up $9 from last Friday’s close, and silver at $26.08, up 15 cents on the same time frame.

Silver has outperformed gold since the lows at the beginning of the month, driving the gold/silver ratio down slightly to 68.5. This is our next chart. 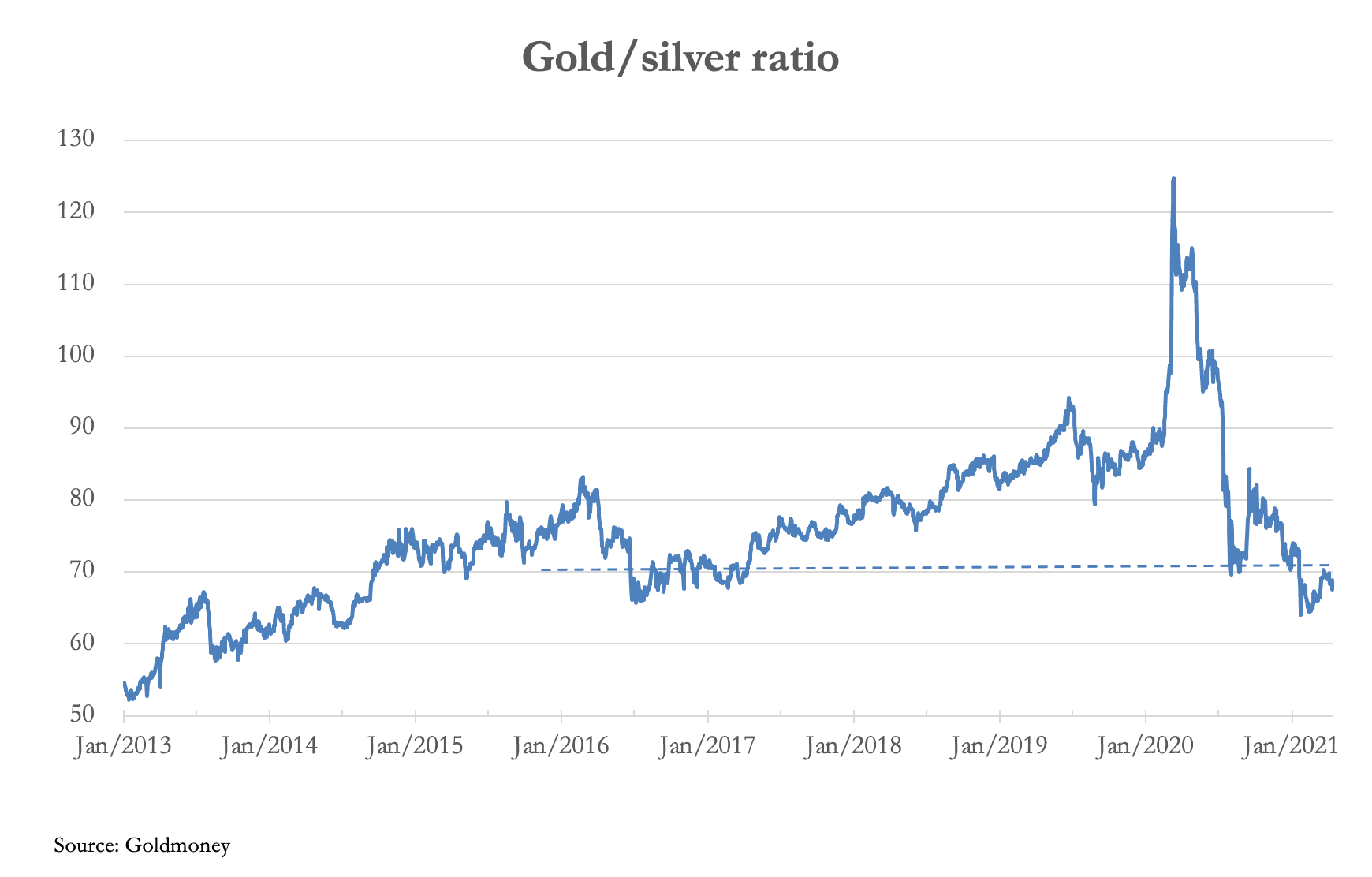 Having peaked at an all-time high of 125 on 19 March 2020, silver relative to sound money (gold) has almost doubled. For a monetary metal which over 150 years moved from a ratio of 16 to 125 was a major bear market, followed by an equally important turning point. Now that silver is in a bullish phase, we can see that the pecked line is a major support line for silver priced in gold. And the rally back towards it last April looks like a test that has been passed.

Based on its performance over the last thirteen months the chart suggests that the ratio has the potential to fall significantly further if it falls below 65, which has demonstrated resistance as far back as July 2016. The implications are that the better metal to trade on the bull tack is silver, and we know from experience that its relative volatility to gold is just under two.

The gold-silver ratio gives us a macro perspective in these inflationary times. Increasing dependency on monetary inflation everywhere is undermining the purchasing power of government currencies, which tells us that priced in fiat, both gold and silver are headed higher over time. And for traders, the greater profits are to be had in silver.

The underlying market position also suggests that now is a good time to buy silver, because the shortage of physical liquidity indicates that it is under-priced. There is growing anecdotal evidence that some retail operators have been running unallocated accounts alongside pooled custodial accounts, and that these operators have been tempted to mix up the two. This is doubly dangerous for their customers, because arguably they should have a banking licence, and customers charged fees for silver which is not there are in fact only creditors.

There was some evidence on Wednesday that this story was having an effect, when silver squeezed up 3% in the highest Comex volume seen for a month. And attempts by the bullion banks to keep open interest suppressed, imagined or otherwise, have failed to undermine the price, as the next chart shows.

There is normally a broad correlation between price and open interest. But the respective levels are notable, with the silver price having held above the level indicated by open interest, after being below it before March 2020. Relative levels since last August therefore indicate that silver is under-priced relative to its open interest, confirming a bullish outlook.