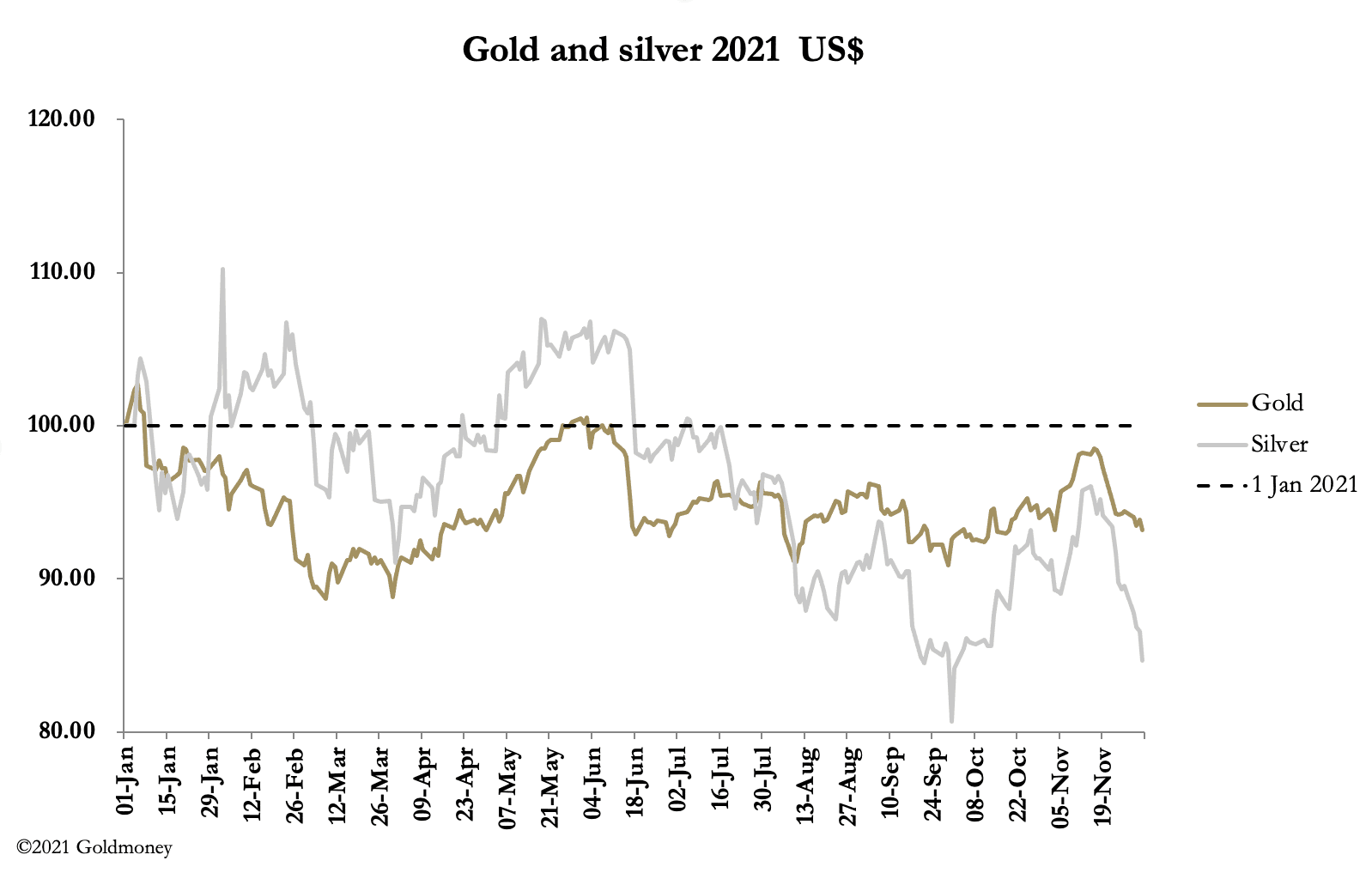 The attempt to shake out all weak holders of paper gold continued this week into the first days of December. Gold traded at $1770 in European morning trade today, down $22 from last Friday’s close. Silver lost 78 cents to $22.34 over the same timescale.

Member banks of the LBMA are faced with the new Basel 3 net stable funding ratio rules from the end of this month, but they are already in place in most other jurisdictions. In practice, this means that the European Banking Authority, for example, will already expect London branches and subsidiaries of European banks to comply. Compliance affects all banking activities, not just derivatives, such as paper gold.

Whether a bank runs positions in forwards and futures is a matter for the bank, but they will have to be funded in accordance with the new NSFR rules. Do not be surprised if LBMA members tell their depositors the link to the gold price is being withdrawn, because to maintain it a bullion bank must own physical gold earmarked against unallocated accounts. This escape clause will already be covered in the contractual relationships between the bullion banks and their depositors.

Regulated futures on Comex are a different matter. The contract is between Comex and trading entities, which have to comply with Comex rules. So, when the Managed Money category suddenly turns bullish and pushes Open Interest up to uncomfortable levels, the only option for the bullion banks is to mount a bear raid. This is what is happening, and the effect on Open Interest is shown in the next chart. 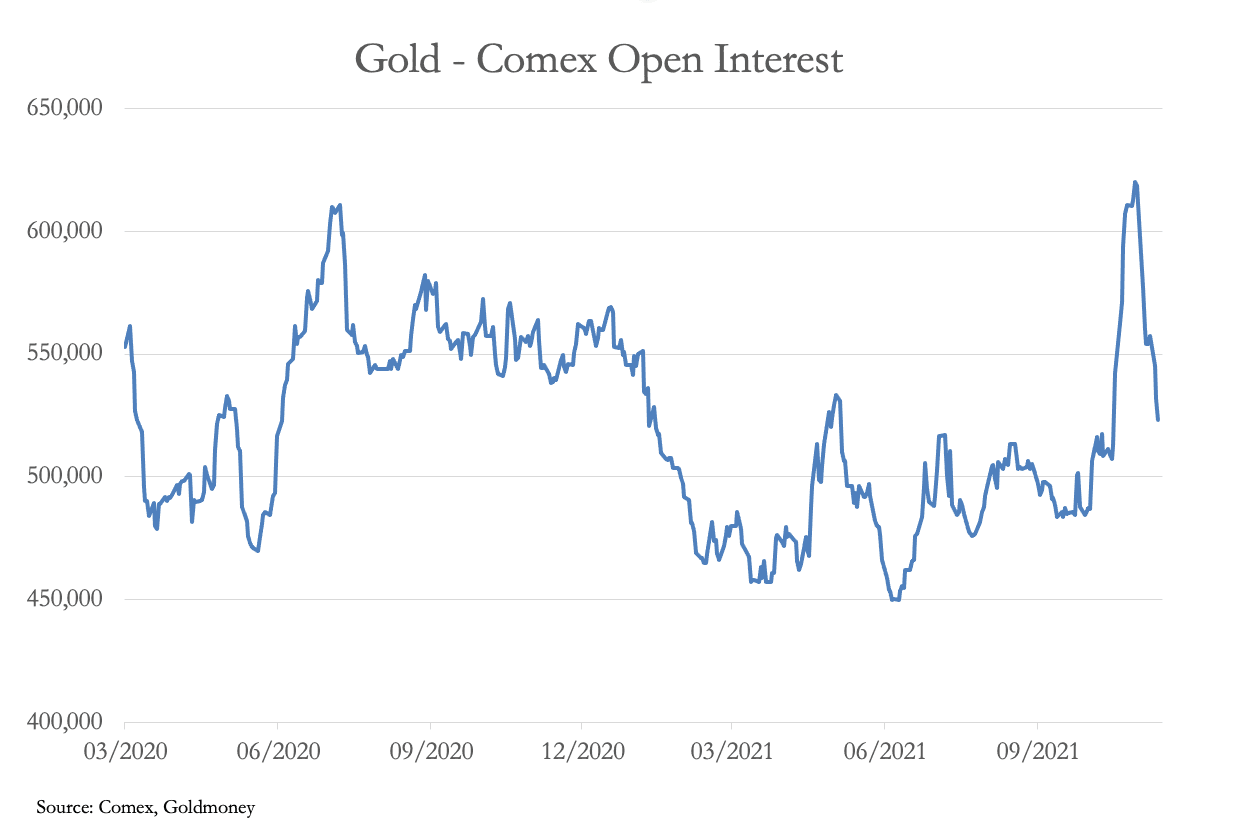 This chart runs from when the Fed reduced its funds rate to the zero bound, and we can see this is the second time Open Interest has been driven back down from the 600k+ level after a sharp rise — only this time the hedge funds’ transient bullishness has been more firmly quashed. The chart also suggests that the bear raid may have further to go, taking Open Interest below 500,000 contracts.

What’s at stake is an establishment attempt to prevent a damaging rise in both the gold price and open interest getting out of control. But in analysing the possibilities it is difficult to judge the collective state of mind in the bullion banks. Swaps traders simply use their tried and tested pump-and-dump techniques and are successful because they don’t ruminate over theoretical issues. The middle managers above them probably take advice from in-house economists, who being predominantly Keynesian equally don’t readily see the inflationary dangers and the consequences for “pet rocks”. It is the minds of the senior executives, hopefully imbued with some wisdom, that will determine the future strategy with respect to derivatives in general, and therefore gold and silver futures and forwards as well.

It boils down to strategic decisions, which tend to evolve. Unless, that is, events such as price inflation resulting in destabilising increases in interest rates, or mounting systemic risk issues, cut these deliberations short.