This week, as was widely expected, the Fed raised it Fed Funds Rate by 0.25% to a target range of 2 to 2.5 per cent. Gold lost $18 following the announcement by yesterday’s close, having traded sideways on Monday and Tuesday. In early European trade this morning (Friday) prices had steadied and gold was trading at $1183.5, with silver slightly up on the week at $14.31. 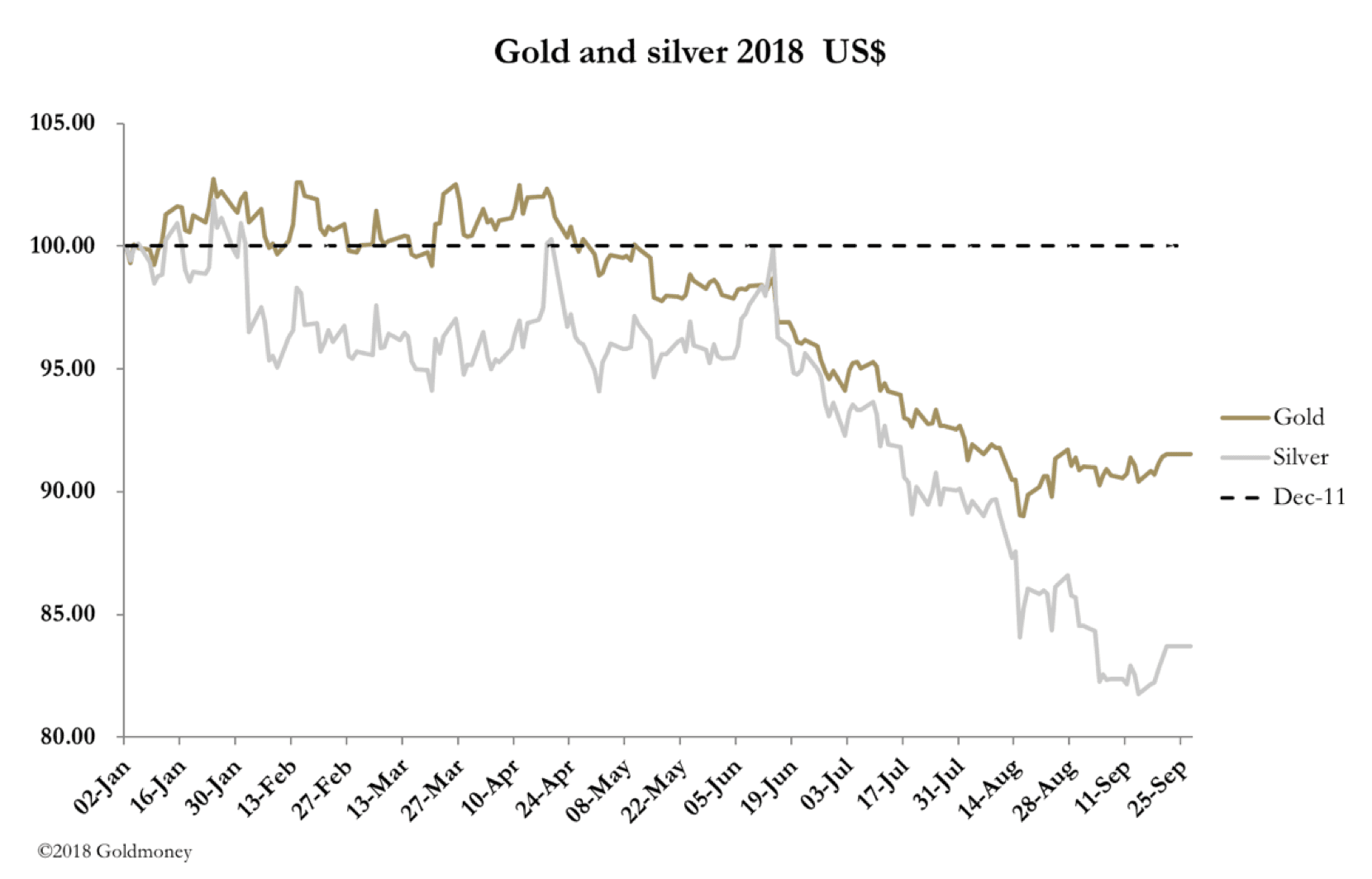 The damage was done by a sharp rally in the dollar’s trade-weighted index yesterday, which on Tuesday traded below 94. It rallied 0.75 yesterday, its strongest performance in recent weeks. This is shown in our next chart. 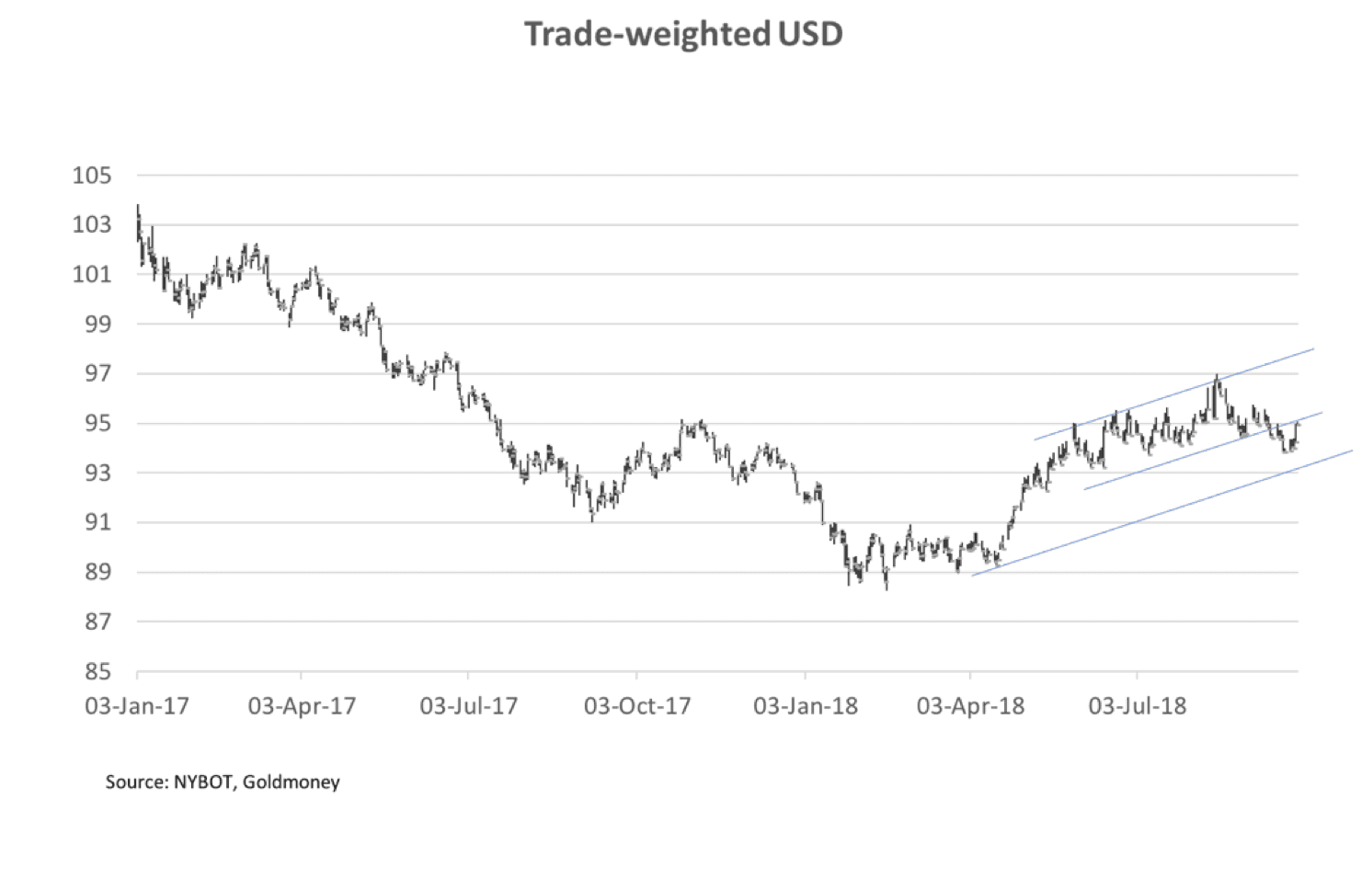 The rally is taking the dollar index into overhead supply, which suggests it has some work to do to break convincingly through the 95 level. The attraction to buyers of the dollar is the difference between short-term EUR and JPY interest rates and those of the dollar. A hedge fund or a bank can gear up ten times using Treasury bills as collateral to make 20% returns.

There’s little doubt that this is the route whereby expanding bank credit ends up financing the government deficit. It has nothing to do with foreigners demanding dollars, as some would have you believe.

This is fine so long as this carry-trade continues. But it is driven solely by short-term money, which never lasts. When it ceases, we can expect dollar rates along the curve to rise, triggering portfolio selling of USTs. Our next chart shows how the yield on the 10-year UST might go significantly higher. 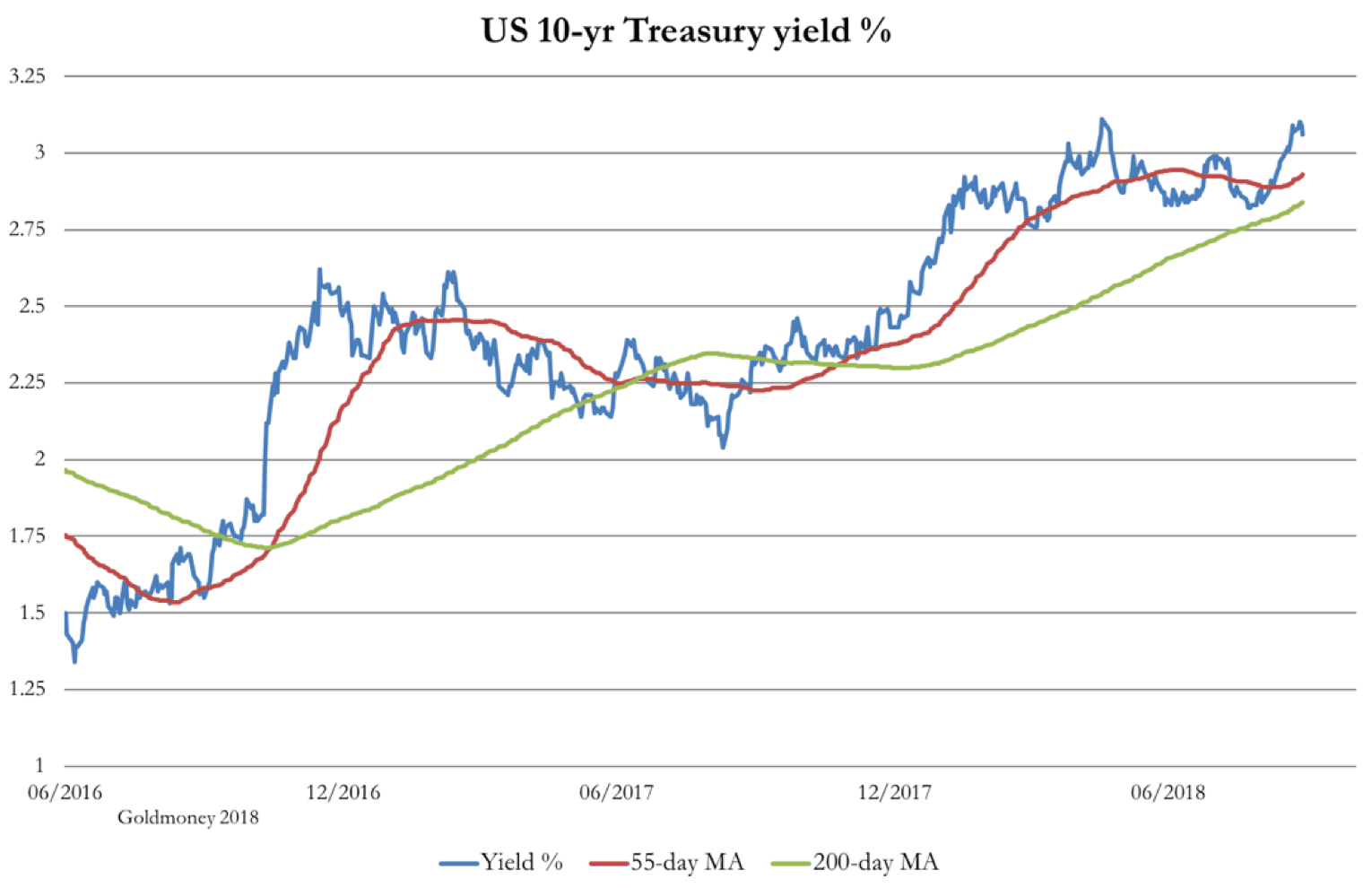 After a little consolidation, the powerful underlying trend looks poised to drive the 10-year yield above the 3.10% level seen last May. Foreign portfolio investors are likely to liquidate long positions, and presumably reduce their overall dollar exposure. Since foreign investors have been important buyers of USTs for the last five years, their cooling down can be expected to create funding problems. If so, higher UST yields will go with a falling dollar.

The similarities between these market dynamics and those in the 1970s are notable. At that time, portfolio investing trends were exacerbated by what was a new phenomenon – speculative, or hot money flows. The yield on the 10-year UST started the decade at 8% and by February 1980 it was over 13.5%. Short-term rates rose much more.

Similarities are only true so long as they last, but all you need is a minor buyers’ strike for real trouble to begin. A Keynesian will argue that this is bad for the gold price, but while rates rocketed in the 1970s gold increased twenty-fold. What matters is the Fed’s reluctance to raise rates sufficiently to neutralise the inflationary effects of earlier monetary policies. And this time, forty years later, if they raise rates significantly they will trigger a credit crisis of unprecedented destruction.

So, the paradox is that while dollar rates look set to rise further, the outlook for gold and silver will improve. Prescient investors, from central banks to members of the new Asian billionaire’s club seem bound to regard current prices as massive a buying opportunity.